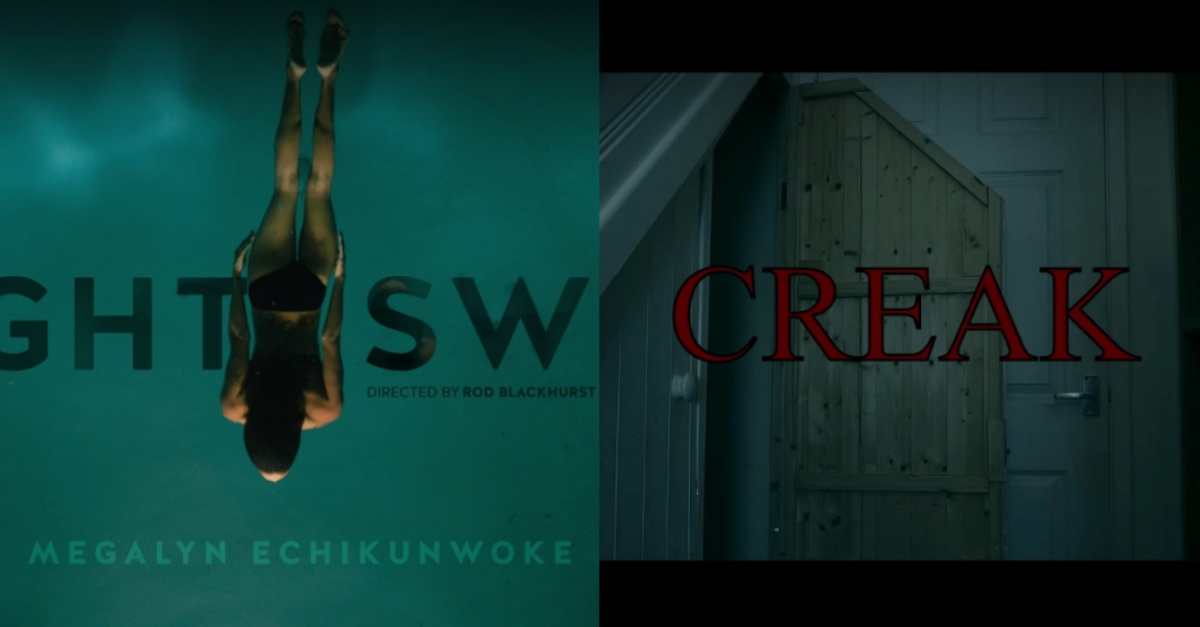 This selection of short videos and spooky series is perfect to accompany the typical Halloween horror. You can see them anywhere, either on your phone on the bus or in your free time while having lunch, but be careful because they are really terrifying.

Mina is a young woman who decides to go to Romania and is filming every stage of her trip to upload them to her vlog, even if things get a bit strange when it is achieved with an old evil.

Although there are no blood or related oaths in the short-films, you’ll still have a couple of scares and you will find yourself in love with the characters.

A family moves to a new house, where, according to local legends, the devil lurks in the basement of the house. One day the family girl is in charge of her little brother while her parents go to dinner, but suddenly the lights start to fade, she knows something is wrong and it will be going to check the fuse box, guess where it is?, in the basement of the new house. Do you dare to know more about this story?

This short-film is about a woman who in the attic of her house finds an old doll house, inside it has a series of hidden messages, which when combined create a creepy rhyme.

The short lasts a little less than 3 minutes, but it sure will cause you a big fright.

It’s a web series that has a rather disturbing start, when a woman records her own possessed daughter mutilating in the kitchen. In each episode appear new spooky elements, one of them is the appearance of a filmmaker who is tracking a clandestine exorcist named Tom.

The short begins with the protagonist Steve who arrives at his house to prepare a Halloween party after work, but gets everything ruined by his roommate. Steve discovers that something is happening when all his attempts to accommodate things are frustrated.

Horror movies that include a pool are not usually a good omen, and this is no an exception. This short-film is based on a very dramatic underwater environment, with the help of some rather creepy photographs of the sea floor that allowed him to sell the story to the public.

The title of the film is already an attractive hook, although it can be considered as a spoiler of the short.

It is about a man who is working in his office in the wee hours of the morning, when suddenly he distracted and when he returns to look at the screen of his computer this tells him the date of the day in which he will die, and to know how it will be will have decide whether or not to answer certain questions.

It is a short-film Spanish in which two sisters hire a medium after being persecuted by an evil spirit that is in them house.

This is an astonishing short-film because of the details of the medium’s mask, sisters costumes and the specters that appear throughout the sessions.

A French short-film that updates the classic calls to the house, this time using Snapchat.

After a girl adds a new friend to her Snapchat will begin to receive a series of strange messages that will become increasingly unpleasant. The stalker begins to draw some emoji that will be increasingly threatening to express to the girl that he is not happy with their actions.

Alex, who is a film student, decides to start a project called Marbel Hornets, but during his work got attention of something bad and decides to leave it, soon his friend Jay decides to take it back where it left it, when uploading to YouTube the shredded fragments of message that they had remained.

This is a meticulously short-film, when a Stop Motion animator uses his work to create some great scares. The short has an absurd monster for a horror movie, but surely you will be disturbed for a good time to see it.