Everybody has a dark side.

No one is ever completely good or bad. We all have both goodness and darkness inside of us. However, what defines us is the side we choose to act on. But even so, it’s hard to always fully stick to one side. In short, sometimes we slip and make mistakes.

Selfishness/hate/anger can sometimes get the best of us and we end up making decisions that we regret. Which is okay too! We’re only humans; we aren’t perfect. However, if we let the dark side take control, then it becomes a different story.

With that in mind, today we will at a look at some of the characters from the famous show Bob’s Burgers. The following short accounts talk about the times these characters did some of the worst things in the show.

Bob: Lashing out at Tina. 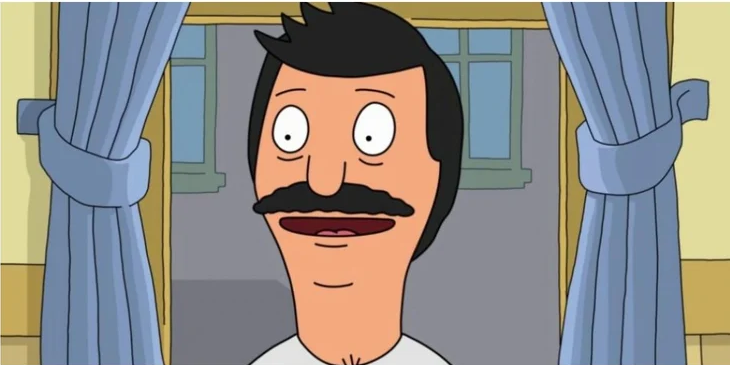 First off, we got the main protagonist, Bob Belcher. For the uninitiated, he is a loving father, a great husband and, of course, a very hard-working man who owns and runs the family restaurant Bob’s Burgers. However, usually, when it comes to the family affairs he’s a bit laid back; allows his family to take charge and tries his very best to keep a good balance between his work and personal life.

However, like everyone else, he loses his temper at times too. Most notably, in the episode “Sexy Dance Fighting,” Bob was not okay with Tina spending time at capoeira, instead of at work. So, he specially went down to her class and ridiculed for missing the shift at the restaurant. Though he just wanted Tina to come back, it was a really bad move on his part.

Linda, a supportive wife and a great mom. She believes in Bob’s dreams and helps him out as much as she can. Other than being an all-rounder, one of her best traits is that she’s supportive to everyone and would do pretty much anything for the sake of her family’s happiness.

And sometimes, it means indirectly hurting some family members to support the others. In “The Unnatural,” Bob brings a brand new espresso machine for his restaurant while Gene goes for his first-ever baseball game. Due to Gene’s negligence, his team loses the match and he gets upset. So, to help Gene, Linda takes him to baseball classes and pays for his lessons by secretly selling Bob’s espresso machine.

Tina: Gets All The Junior Lifeguards Expelled. 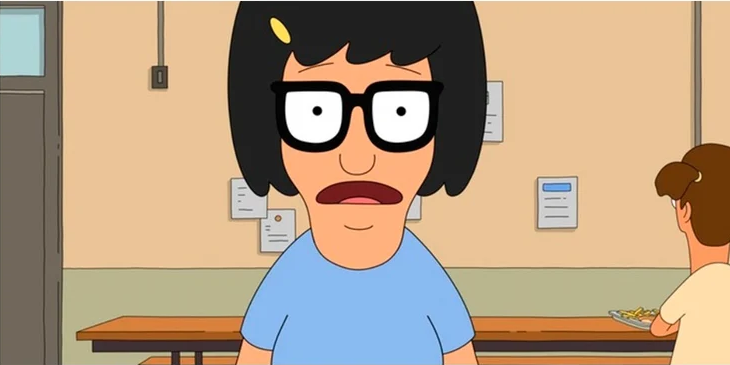 Ah, the good old Tina! Although an amazing sister and an awesome person in general, she too has some flaws. Her obsession with cute boys is what causes trouble for her in most situations.

In “Boywatch,” when Tina finds a bunch of good-looking boys at the beach, she decides she wants to join them. So, she observes and discovers that they are actually junior lifeguards. She joins the team impersonating a lifeguard to hang out with them. However, due to her negligence, she ends up getting all the junior lifeguards expelled and puts the life of swimmers in jeopardy.

Gene: Stays In An Unwanted Relationship.

How can one forget the time Gene pretended to show interest in Courtney just because of her dad? In “The Unbearable Like-Likeness of Gene,” he feels like he doesn’t like his girlfriend Courtney anymore and that he should break up with her. When he goes over to her place to tell her that he wants to break up, he discovers that her father MrWheeler owns a studio and makes jingle.

He sees this as a perfect opportunity to get him a head-start in his music career. So, he ends up not breaking with Courtney and pretends to like her just so that he could use her father’s equipment. Talk about sinister motives!

Ah, yes! Louise. The most clever character. In “The Hawkening: Look Who’s Hawking Now,” when Bob’s Burgers decides to host a screening of Hawk And Chick, they realise they need to deposit $1000 for the film reel. Since Bob and Linda couldn’t afford it, they drop the plan. However, Louise who was too excited for screening steals her parent’s credit card and buys it herself.

While she is busy with the screening, she totally forgets about her friend Rudy who was supposed to have the cast taken off his broken the same day. Even though later on she makes amends for her actions, it was quite a selfish move on her part.

Gayle: Flirts With Bob In Front Of The Whole Family.

Gayle—the lonely sister of Linda. In “Dr Yap,” Gayle drives Bob home from the dentist because he was heavily medicated. On the way, Bob mistakes Gayle for Linda and kisses her, and so she starts to fall in love with him. Instead of doing what’s right, she takes advantage of Bob and also betrays her sister.

When the whole family gets together, Gayle constantly hits on Bob in front of everyone which was pretty damn awkward, to say the least. Linda doesn’t do much but laugh it off because she knows Gayle has always considered the men in her life as her own.

It’s clear to say that Jimmy Jr has been a jerk to Tina since the beginning of time. However, he went too far in one particular episode, “V for Valentine-detta.” When Tina made Jimmy a photo frame for Valentine’s day, Jimmy broke up with her and put his new girlfriend’s photo in her photo frame.

Later, when he goes out on a date with his new girl, Becky, he breaks up with her too and then asks Tina out again the same day. I mean, somethings terribly wrong with Jimmy and it shows. I wonder who hurt him?

In “The Silence of the Louise,” Mr Fond holds a read-a-thon and tells the students that the Wagstaff would take them all to a water park if they read 500 books. When the kids finish the books, Mr Fond finds that his dolls have been mysteriously ruined. As a result, they cancel the trip and start to search for the culprit.

However, later it was revealed that Mr Fond is the culprit himself. He ruined his own dolls on purpose so they cancel the school trip because the school used all the funds in buying new coffee machines. Though this wasn’t completely his idea, he was the main person behind it.

In “The Last Gingerbread House on the Left,” Fischoeder makes Bob deliver food to his house. But it was more than that.  Fischoeder ends up asking Bob to join him and his rich friends in a gingerbread game. He also instructed him to lose on purpose so that he doesn’t come last like always. In the beginning, it all goes well, however, after a while Bob reconsiders everything as Fischoeder insults him in the game.

However, the worst part was when everyone except Bob pulled out a gun and began firing at all the gingerbread houses. This was the worst thing Fischoeder ever did to Bob, putting his life in danger knowing he has a family to look after.

Teddy: Fighting with people for no reason.

The last but definitely not the least, we have Teddy. Teddy is Bob’s regular customer and a good friend. Though the guy is sweet, he can be a little too much to handle sometimes.

Like in the episode, “Drumforgivin,” he was hired by Jimmy Pesto and so he told Bob that he wouldn’t be coming to his restaurant. On the contrary, he did. He then yelled at Bob and tried to pick a fight with him saying he was mad that he started working at Jimmy Pestos. However, at the end of it all, it was made clear that Teddy indeed had some unresolved issues.

Well, that was it for today!

For more Bob’s Burgers, check out these posts below: