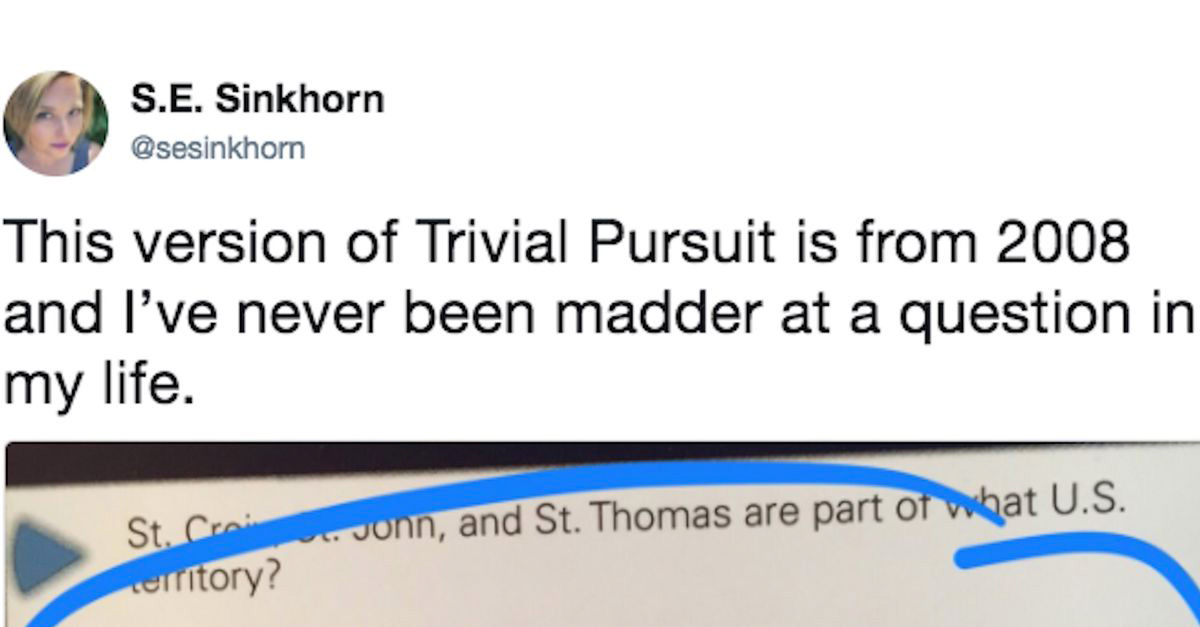 I smell a conspiracy.

Let’s go back to the innocent years of 2008. Where people were much nicer and when Ben Affleck’s Batman didn’t exist. Wait What? Well, you see people seem to hate the direction Ben Affleck has taken the caped crusader too. Which I don’t really dislike but each to his own.

So when a writer S.E. Sinkhorn posted a tweet with the 2008 trivial pursuit question. It seems innocent enough asking people “Who has never been Batman?”. That is until you read the options.

This version of Trivial Pursuit is from 2008 and I’ve never been madder at a question in my life. pic.twitter.com/FCQY1mClzH

Why did the game had to go and give Movie executives the idea to hire Ben Affleck as Batman?

This obviously their fault. They gave some shmuck the idea and now Batman sucks.

People just couldn’t give him a break.

The correct answer is Ben Affleck as he should never have been cast as Batman after Daredevil bombed so badly.

Nobody has the answer to that.

Sure, predicts the future, blahblah, but the real question here is… Where is Michael Keaton?

it says "been" and not "played."
so the only answer is "everyone who is not Adam West"

It's acceptable to disavow Clooney over the bat nipples issue.

Bruce Wayne? Never heard of him.

I'll tell you who isn't Batman – billionaire wastrel playboy Bruce Wayne. I read it in a Daily Planet editorial by that nice Ms Lane.

The world would be a much better place if it wasn’t.

The prophecy has been fulfilled ? pic.twitter.com/rDnJ1dLP6Y

How deep does this anti-Affleck conspiracy go? Is it just board games, or has it infiltrated TV too? DEAR GOD WHAT ABOUT JEOPARDY?

Oh great. Now you've done gone and made Tobey Maguire the next Batman. Thanks.

There was also a similar question in an edition of Cranium.

Same general question in Cranium – sorry for the blur pic.twitter.com/b87xDnPJhI

So is this all a conspiracy? Or are we reading too much into a simple question?