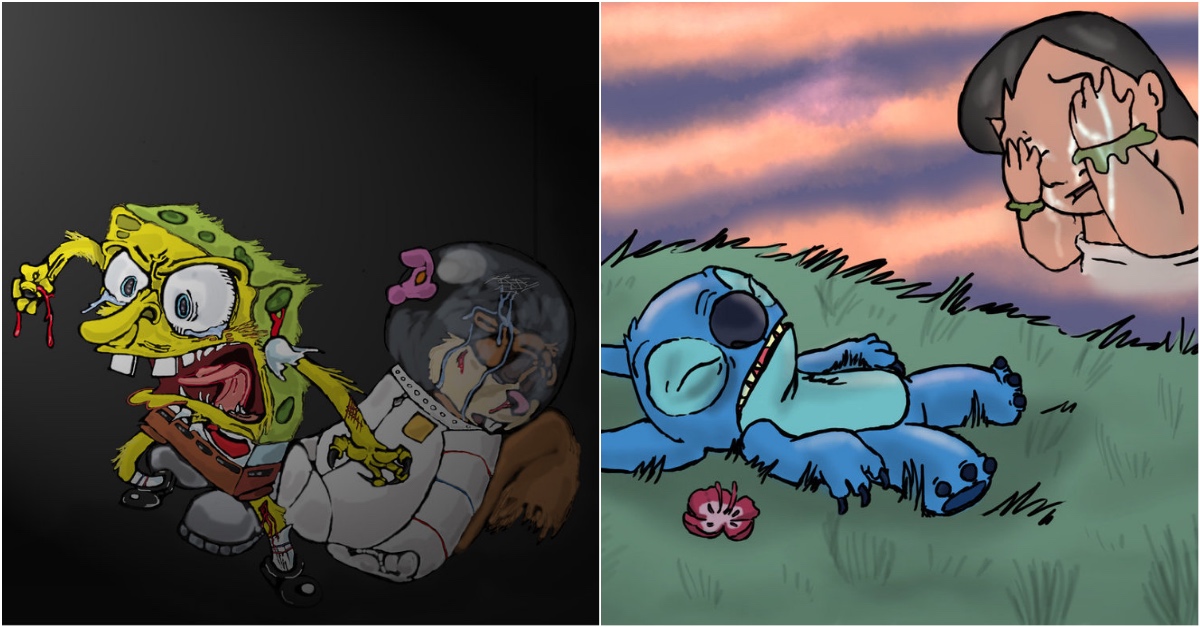 My childhood has been completely ruined.

Whever we watch cartoons, we never think of the fact that they are going to die one day. I mean nobody likes to think that because in our hearts, these characters are truly immortal.

Today however, you are going to have to think about that. Because we have compiled all the artwork where Artists drew our favorite characters as dead. You have been warned since this is not for the light-hearted.

I never thought I’d say that.

I actually used to think that when I was a kid.

Why is her tail so spiky?

Will Anna die too?

But how did he die?

This is hilarious and sad at the same time.

Gues honey wasn’t enough for him.

He finally got trapped in a mouse trap then?

So what did you think of the deaths of your favorite character? Comment down below and let us know!