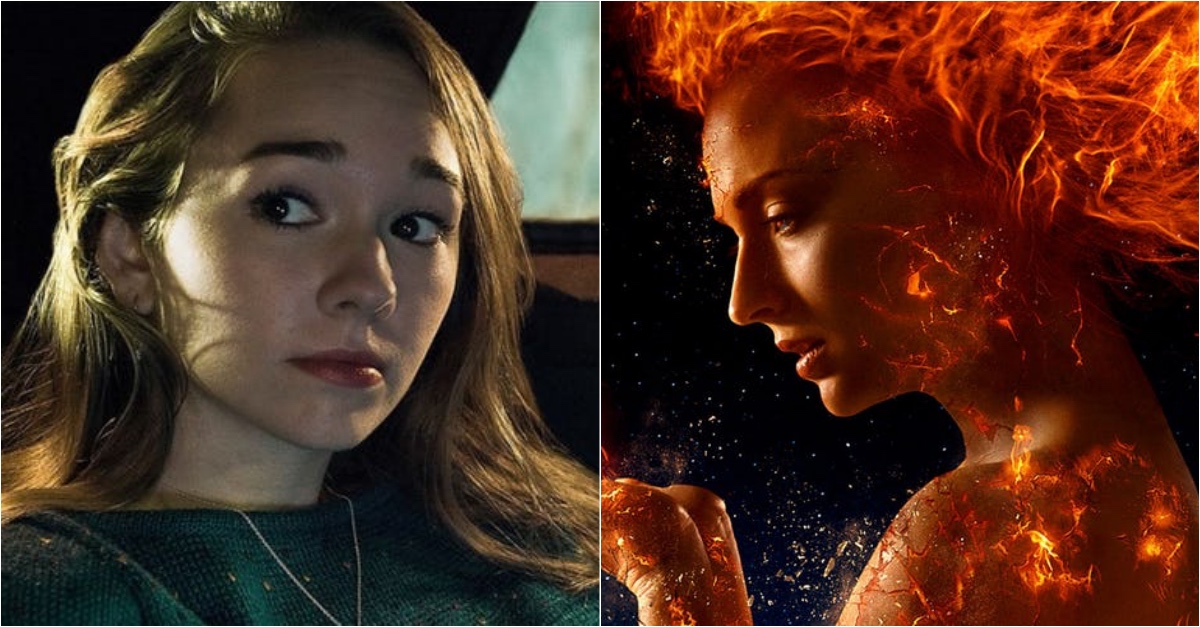 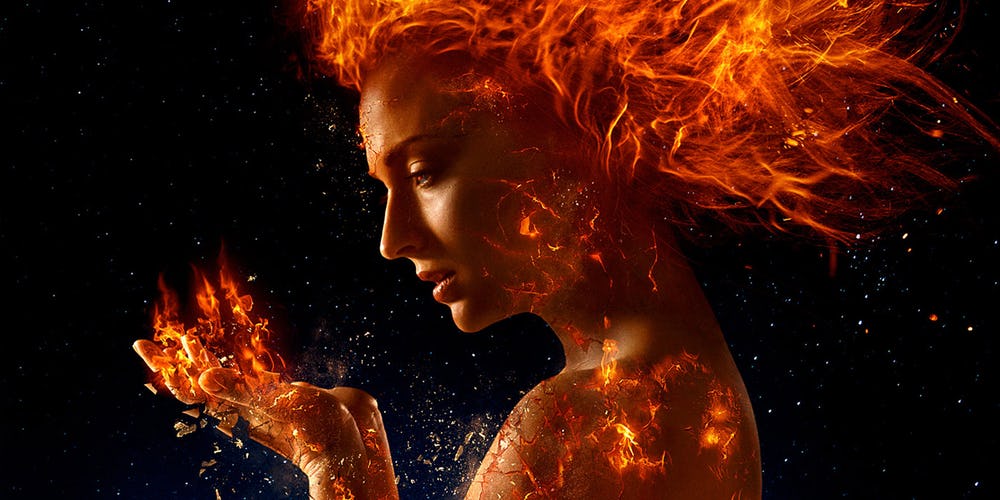 And this could result in the creation of some pretty Strange and Interesting Disney Princesses!

When Disney bought Lucasfilm and Star Wars a few years ago, fans took delight in pointing out that Princess Leia (Carrie Fisher) joined Snow White, Ariel, Cinderella, and Mulan among others as a Disney Princess. Now, there could be more potential Disney Princesses forthcoming, possibly as soon as this week if the Disney/Fox deal is finalized.

Over the years, the definition of what makes a “Disney Princess” has broadened. It doesn’t just denote royalty or coming from a storybook fairy tale, it has come to mean being a strong and independent young woman was well. A Disney Princess can now come from any walk of life and any genre of story.

With a roster including killers, aliens, a cyclops, and a feline femme fatale, here are a few of the crop of Disney Princess that will be created by Disney buying Fox: 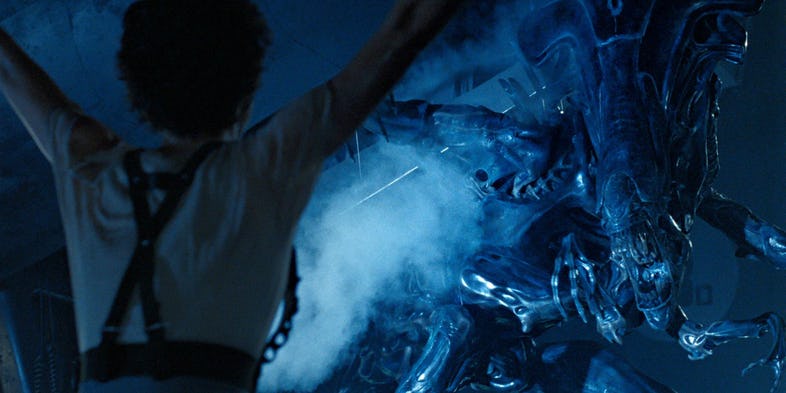 Families visiting Disneyland and Walt Disney World can expect to be greeted by Belle, Rapunzel, and Moana, but imagine also getting to pose for a photo with the Xenomorph Queen? The Alien franchise is expected to be part of the Fox deal, which means the Big Bad of James Cameron’s Aliens can possibly be considered a future Disney Princess, though that title would be a bit of a demotion for the Alien Queen. However, would any female Xenomorphs the Queen bred also be considered a Disney Princess?

Signourney Weaver’s Lt. Ellen Ripley, as well as the various female heroines of the Alien franchise like Dr. Elizabeth Shaw (Noomi Rapace) and Meredith Vickers (Charlize Theron), could also be considered future Disney Princesses, but the Alien Queen and the Xenomorphs would by far be the weirdest to claim that title. Still, imagine the Disney theme park photo ops! 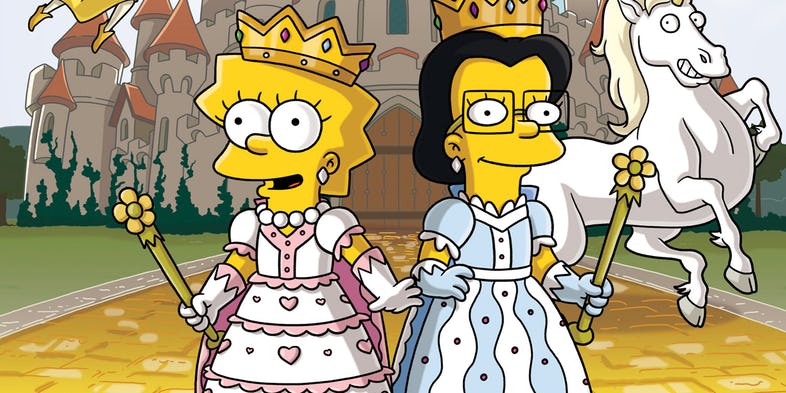 Lisa Simpson has always been the brightest and most admirable of her family. She’s more than worthy of being a Disney Princess. The eldest daughter of Homer and Marge is certainly the most intelligent and progressive Simpson, but at heart, Lisa is still an 8 year old girl who loves ponies (in fact, her own Pony is named Princess), Angelica Button novels, and vacations to Itchy & Scratchy Land and Mt. Splashmore. Her potential futures have included her being the President of the United States (after President Trump), but she would also likely very much enjoy being a Disney Princess.

While Lisa would probably write a scathing op/ed to the Springfield Shopper expressing the dangers of Disney’s potential monopoly of Hollywood franchises, she would also in her heart of hearts love waving to adoring onlookers as part of the Main Street Electrical Parade. Then again, Lisa would very likely organize her fellow Disney Princesses into a union for equal pay and equal rights as fast as Homer and Bart would be arrested at Disneyland for kicking Mickey Mouse or Goofy in the crotch. 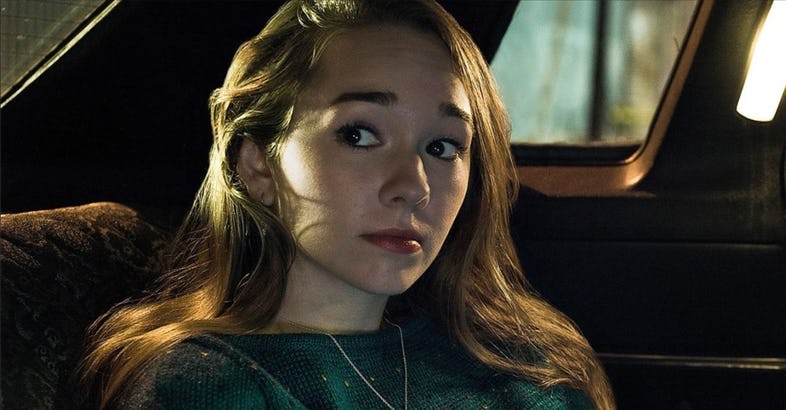 If the acquisition of Fox’s assets includes the FX Network, the Disney Princess mantle could include the teenage daughter of 1980’s Soviet spies. Paige Jennings (Holly Taylor) is the long-suffering eldest child of KGB agents Philip (Matthew Rhys) and Elizabeth Jennings (Keri Russell) in FX’s The Americans. Paige discovered her parents’ true identities early in the series and has been struggling to reconcile her life and even possibly following in their footsteps ever since. Poor Paige deserves some brightness in her life and something to look forward to. Maybe being a Disney Princess would be it!

Meanwhile, her younger brother Henry (Keidrich Sellati) remains blissfully unaware that he’s part of a family of Russian spies. However, the Jennings never did get to go on a planned trip to EPCOT Center because Peter and Elizabeth’s duty interfered. As a Disney Princess, Paige could at least make that family visit to Disney World a reality. 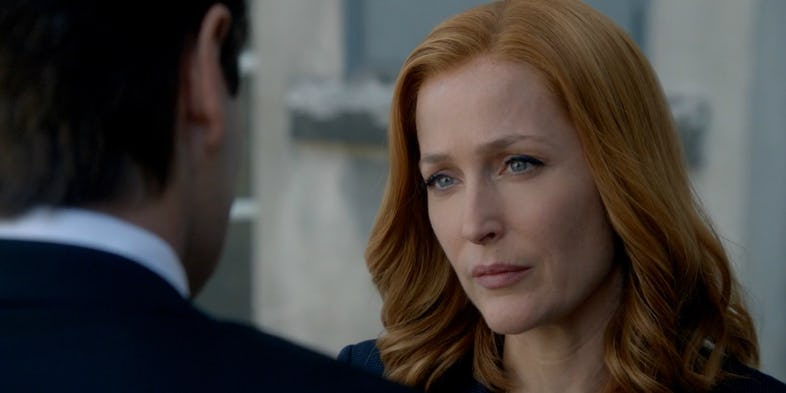 FBI Agent Dana Scully (Gillian Anderson) would probably bristle at the thought of being considered a Disney Princess, but there are few better role models for young girls (and boys for that matter). Fiercely intelligent, pragmatic, and capable, Scully and her partner Agent Fox Mulder (David Duchovny) have been investigating alien conspiracies and other paranormal events since the early 1990’s. Like Princess Leia, Scully would help redefine what it means to be a Disney Princess.

Along with being a federal agent, Scully is also a medical doctor. She is as unlikely a Disney Princess as anyone, but The X-Files franchise remains alive and well after a successful revival, and it’s likely a property Disney would be interested in acquiring. Scully has also been to Springfield and met Lisa Simpson previously, so she at least knows one other future Disney Princess on this list.

5. Storm and the X-Women 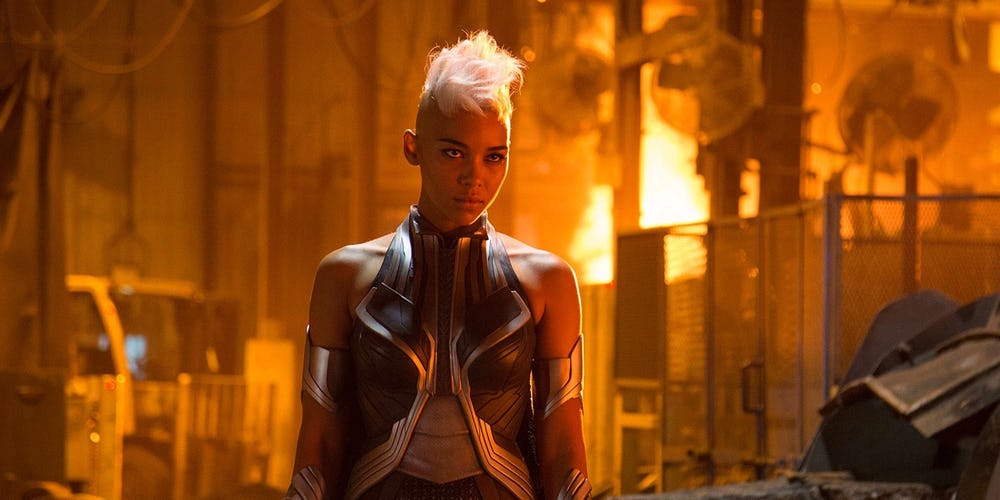 Naturally, the potential purchase of rights to the X-Men franchise is what Marvel fans are most excited for. The X-Men boasts arguably the greatest cast of female superheroes in comic books. If Disney acquires the X-Men IP, all of the X-Women like Jean Grey (Sophie Turner), Psylocke (Olivia Munn), Mystique (Jennifer Lawrence), and Jubilee (Lana Condor) would become Disney Princesses. One thing’s for sure, Charles Xavier never dreamed anything like this would happen.

Of all of the female mutants, the most fitting Disney Princess would be Storm (Alexandra Shipp). In the comics, Storm was the daughter of a Kenyan princess and was worshiped as a weather goddess. She was once married to the Black Panther, making her a former Queen of Wakanda. Storm is already mutant royalty; becoming a Disney Princess seems like a natural course for the mutant mistress of weather. 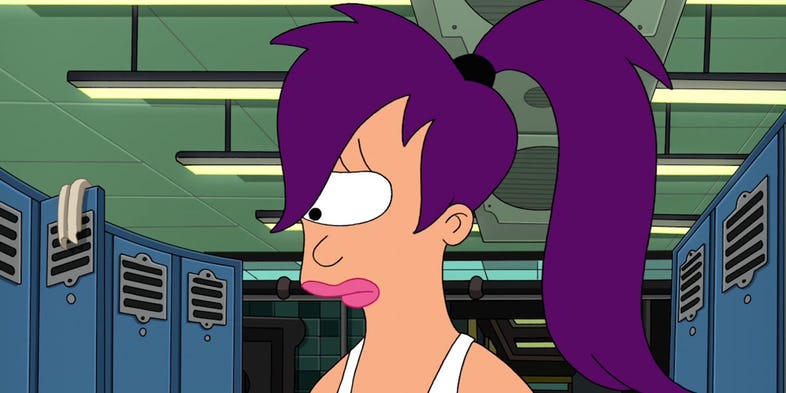 Futurama‘s Turanga Leela (Katey Sagal) would be first sewer mutant cyclops from the 31st century to become a Disney Princess, something her parents in the sewers of New New York City would take extra pride in. Leela is the Captain of the Planet Express ship and the most competent member of its crew. She works with an alcoholic robot, an elderly mad scientist, and an alien lobster doctor, so Leela would boast some of the weirdest friends of any Disney Princess, though her co-worker Amy Wong (Lauren Tom) would probably enjoy being a Disney Princess more.

The male counterparts of some of the traditional Disney Princesses aren’t necessarily bright, but it would be safe to say none of them would be quite as dumb (or ever traveled back in time to become their own grandfather) like Leela’s love interest, Phillip J. Fry. The biggest danger of Leela becoming a Disney Princess would be letting Zapp Brannigan loose on the likes of Ariel, Aurora, and Elsa. 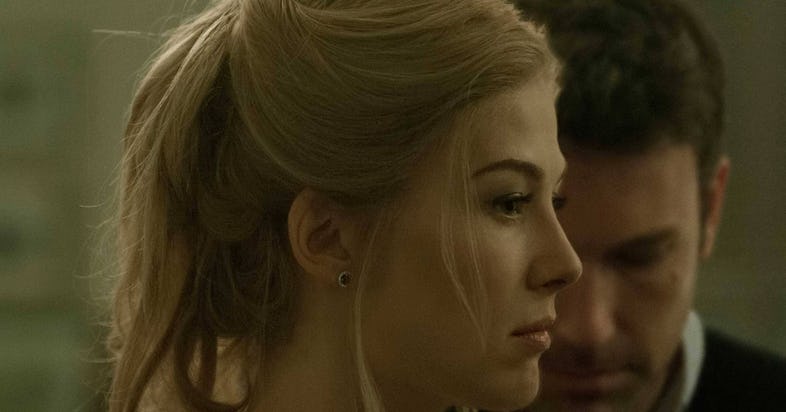 Some other dark characters from Fox’s film library can also lay claim to becoming Disney Princesses, to at least serve as cautionary tales. Amy Elliott Dunne (Rosamund Pike) from Gone Girl would be an even more controversial Disney Princess than the Alien Queen, seeing how Amy faked her own death and framed her husband Nick (Ben Affleck) for her murder, then killed her previous boyfriend in order to reunite with Nick. However, Amy is very bright, so at least that aspect of her is admirable.

However, Amy was also “Amazing Amy”; her childhood was the source material for a series of successful children’s books penned and illustrated by Amy’s parents. So despite the terrible things she did as an adult in Gillian Flynn’s novel and David Fincher’s film, at least Amy’s rosy childhood as depicted in the “Amazing Amy” books is certainly Disney material, even if the adult she grew up to become is not. 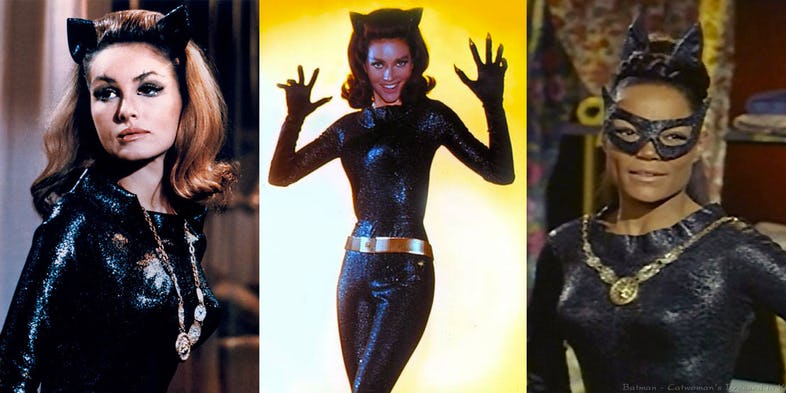 One of the strangest aspects of the Disney/Fox deal is how Disney could acquire the rights to the 1960’s Batman TV series, which are owned by Fox and not Warner Bros. or DC Entertainment. This means that not only would Batgirl (Yvonne Craig), as Gotham City’s top female crime fighter, qualify to become a Disney Princess – but so does the fiendish feline of crime, the Catwoman!

Whether portrayed by Julie Newmar, Lee Meriweather or Eartha Kitt, Catwoman is the undisputed number one female arch criminal in Gotham City. She has tormented the Dynamic Duo and made Batman (Adam West) feel strange rumblings in his utility belt for decades. As the queen of Gotham crime, Catwoman would be an absolutely purr-fect Disney Princess.

So, what are your views on the potential Disney Princesses?