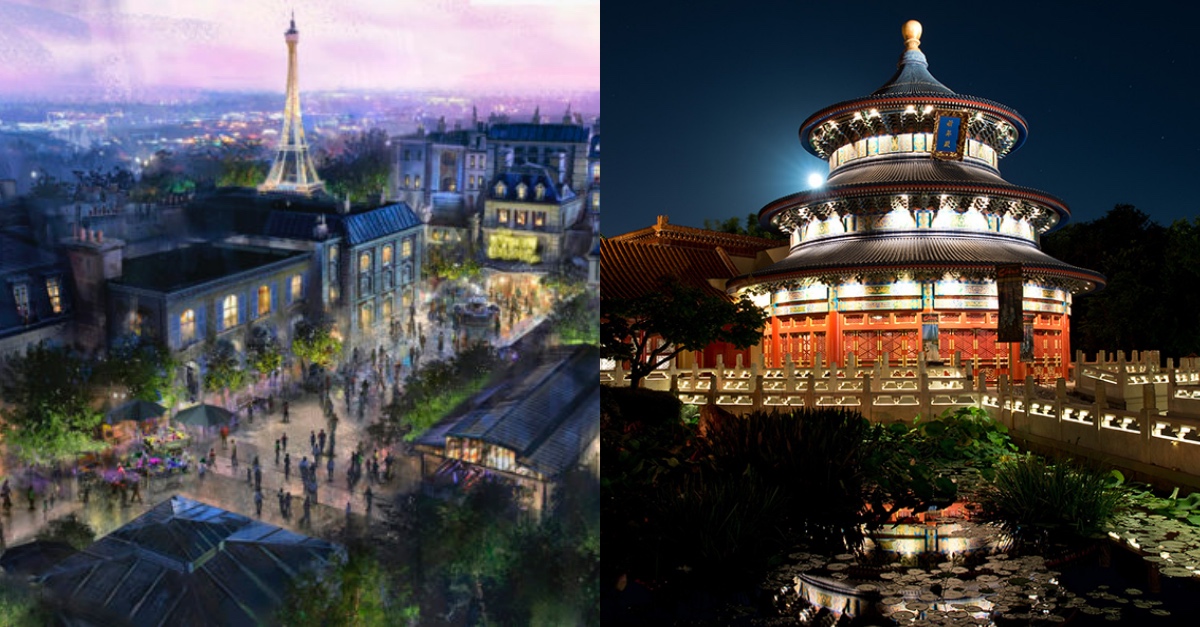 The Most Magical Place On Earth Is Going To Have A Lot In Store For Us.

This year at the  D23 Expo, Disney announced a lot of exciting new things coming our way. These will include new attractions, parks, resorts and much more.

Following are some of the exciting updates coming to Walt Disney in the next few years. I don’t know about you but I can hardly wait.

#1 There Is Going To Be A Whole New Universe Inspired By Tron That Is Set To Open In 2021. Yes, That Includes A Tron Roller-coaster.

#2 There Is Going To Be A New Main Street U.S.A. Live Theater Modeled After the 1920s Kansas City Willis Theater Opening In The Magic Kingdom.

#3 Star Wars: Galaxy Edge Was Confirmed To Open Sometime In 2019 And They Also Displayed A 50-ft.-Wide Scale Model Of The Expansion At D23.

#4 Toy Story Land Is Also Going To Open In The Summer Of 2018. There Is Going To Be Many Rides There Including Slinky Dog Dash And Aliens Swirling Saucers.

#5 Mickey And Minnie’s First Ride Is Also Going To Open Soon. Sadly It Will Take The Place Of The Great Movie Ride At Disney’s Hollywood Studios Which Will Close On Aug. 13, 2017.

This is one of the boldest… most impossible things Ive ever worked on in almost 40 years of being an Imagineer, And you know what? That’s what I love about it. Well, that, and Mickey. This is not going to be a small attraction, it’s going to be game-changing.

#6 The New Guardians Of The Galaxy Attraction Is Expected To Open In 2021. It Will Take The Place Of “Ellen’s Energy Adventure” Which Will Close On Aug. 13, 2017.

#7 Disney Fans Will Also Get To See Two New Space Inspired Movies This Summer Where They Will Get To “Blast Off For An Orbital Adventure Around Planet Earth.”

#8 A Space inspired Restaurant Is Expected To Open Soon Enough Located Right Next To Mission: SPACE Where Guests Will Get To Dine Among The Stars.

#9 There Is Going To Be A “Ratatouille” Inspired Attraction In Epcot’s World Showcase Which Will Mirror The One In Disneyland Paris. It Is Set To Open In 2021.

#10 A New Film Was Also Announced For The China Pavilion That Will Make The Guests Fell Closer To The Host Country.

#11 Disney Is Also Going To Open A Stars Wars Themed Resort That Will Immerse The Guests In A Multi Day Adventure.

#12 A Lavish Resort By The Name Riviera Is Also Going To Open In 2019. This New Resort Will Welcome Disney Vacation Club Owners.

We think that they will love what we have planned, especially the rooftop restaurant that will offer unbelievable views of nighttime spectaculars at both Epcot and Hollywood Studios.

#13 There Is Also Going To Be A New Mode of Transportation, Disney Skyliner. You Will Get A Birds-Eye View Of The Whole Park While Traveling Hassle Free.

#14 I Am Sure We All Know About The Minnie Van Service Now. Well, It Is Still In Testing Mode But Will Be Available For The General Public In The Next Few Weeks.

Which one of these additions are you most excited about? Comment on below and let us know.