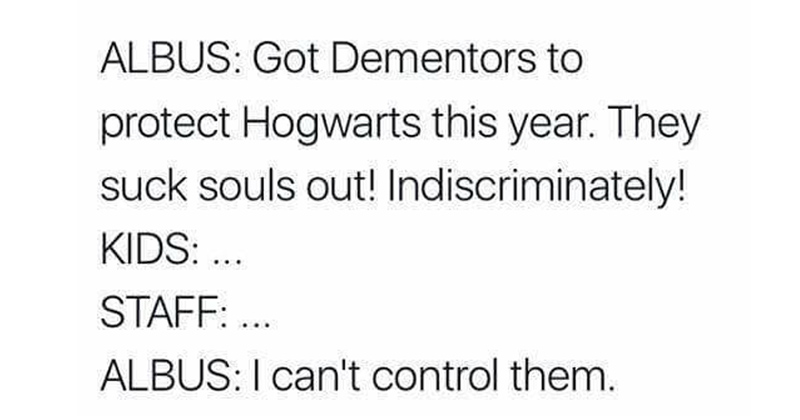 Most of us love Harry Potter.

And if you don’t, what are doing here, Heathen? Anyway, many of us have fond memories of Harry Potter books and movies and, ofcourse, when it comes to magic, everyone has to suspend their belief somewhat.

However, when you get into the nitty gritty, you have to question some of the weird logic going on in Hogwarts, especially Dumbledore. I know we all love Harry Potter and nothing can ever be wrong with it, but the following tweets sure are hilarious even if most of them are outright lies.

So scroll on below and take a look. And before you start writing angrily in the comments, we are aware that some of these things are explained in the books.

#1 Being a Weasely means you are automatically in Gryffindor! 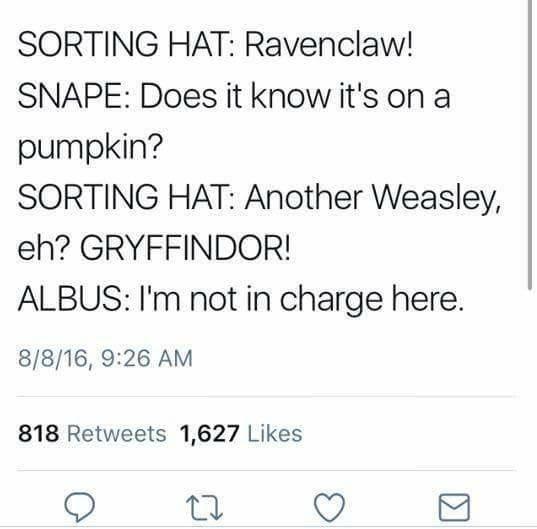 #2 So, Hufflepuf belong in the miscellaneous then? 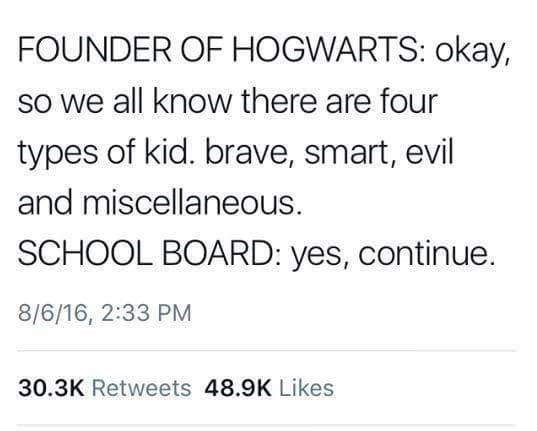 #3 He might have hid some things but he did tell Harry about the horcruxes. 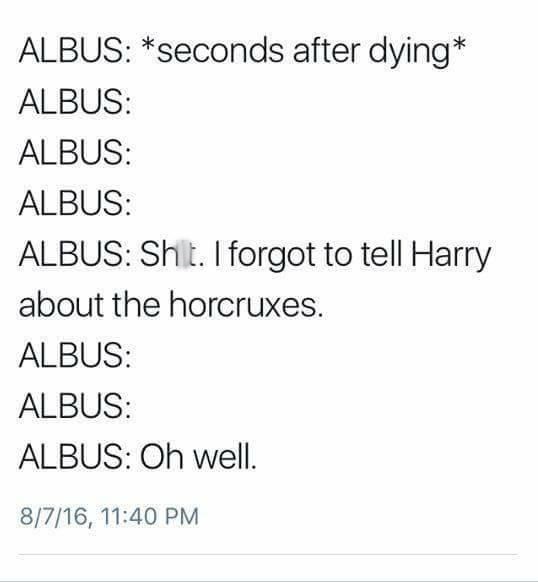 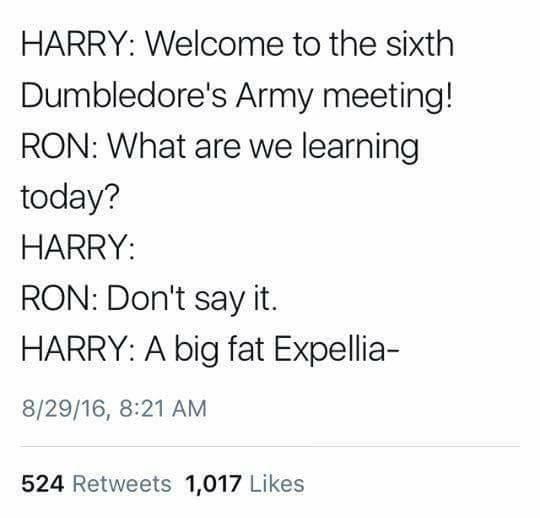 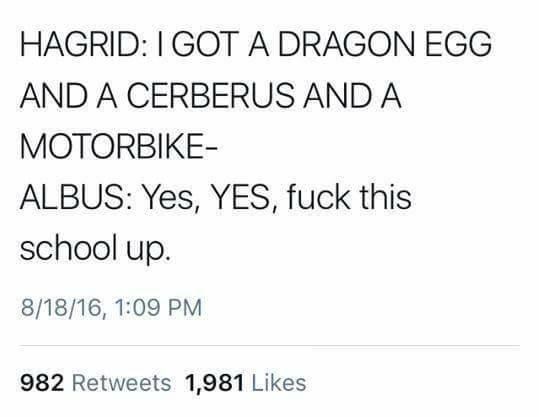 #6 Yes, Hogwarts has always been the safest school ever with chambers of safeties and safe trees. 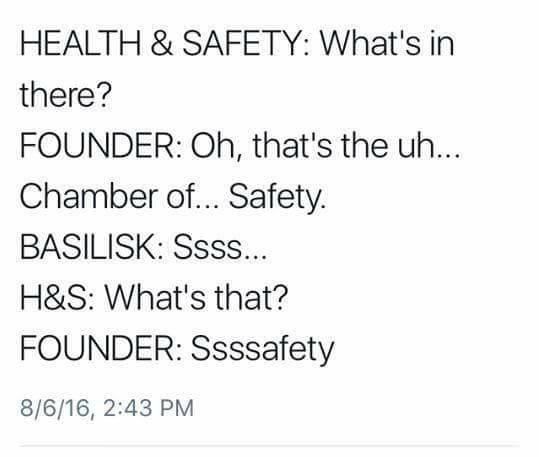 #7 Defeating a huge fire breathing dragon!? Sign me up! 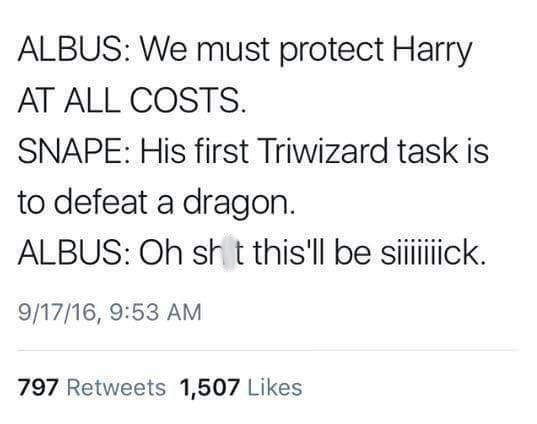 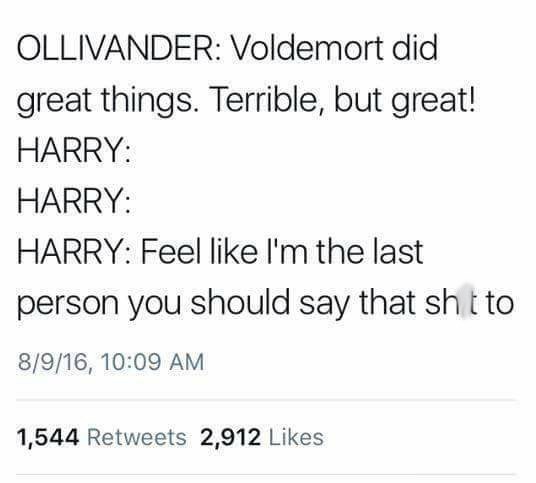 #9 And a vampire, no? Maybe Snape has that covered. 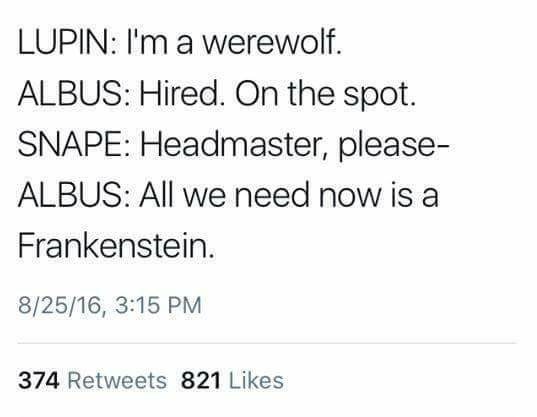 #10 Did Dumbledore forget about the red wedding? 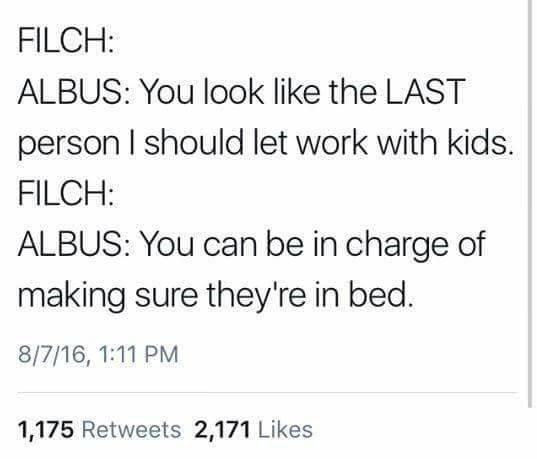 #11 The first spell everyone should know. 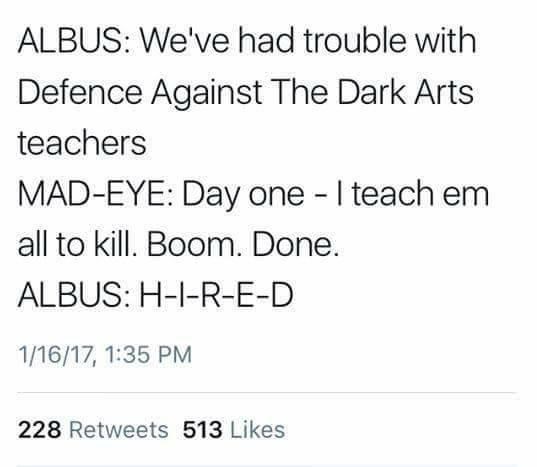 #12 In his defense, he could control them somewhat. 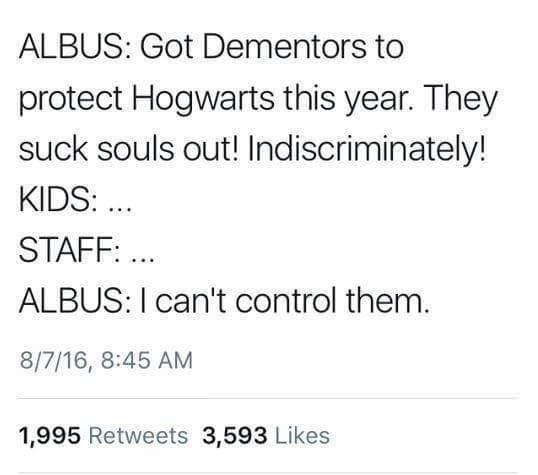 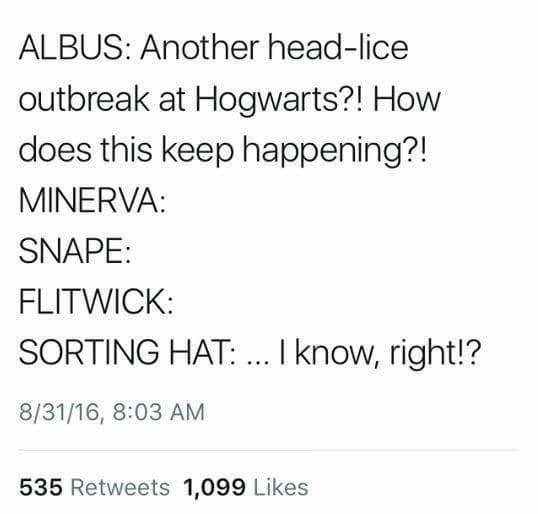 #14 That was bloody brilliant. 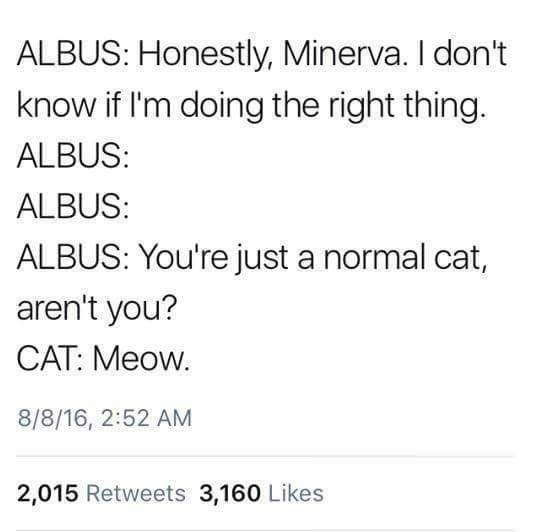 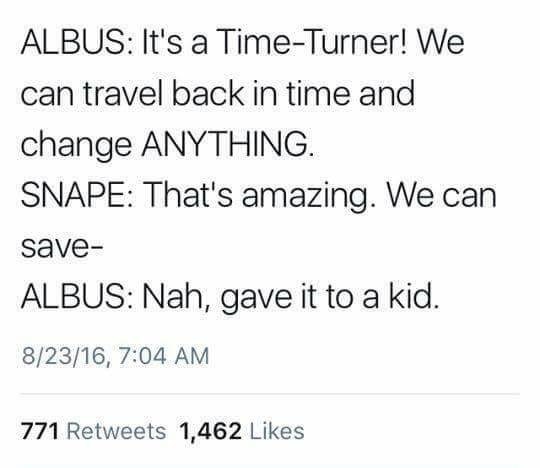 #16 Who cares about magic when you can ‘control’ spiders, right? 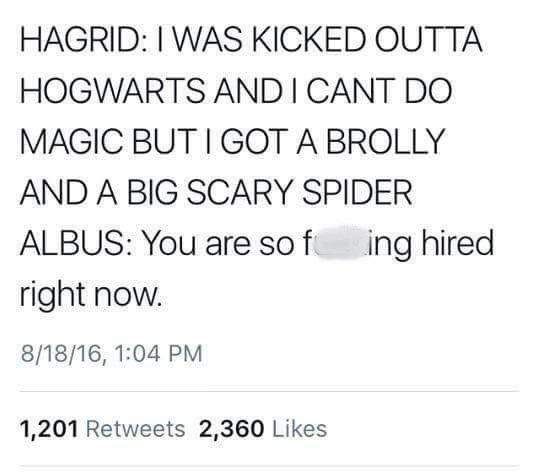 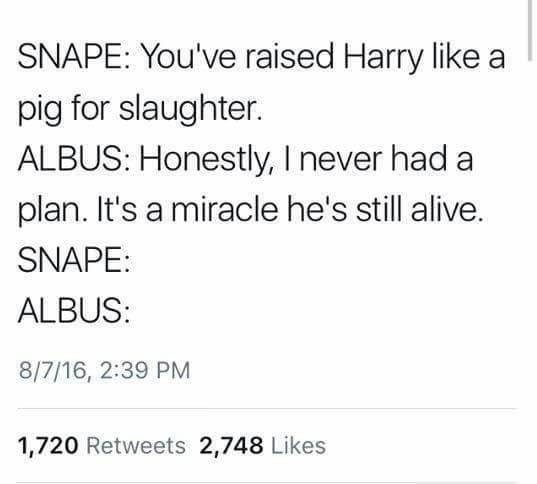 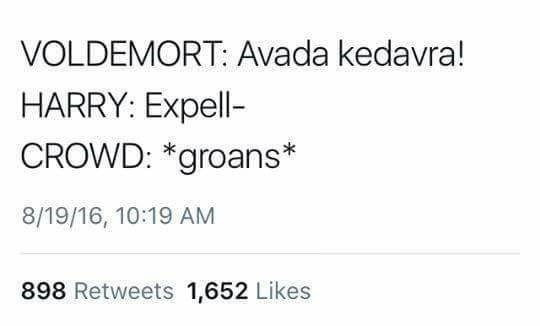 #19 Maybe you should have paid more attention in class then! 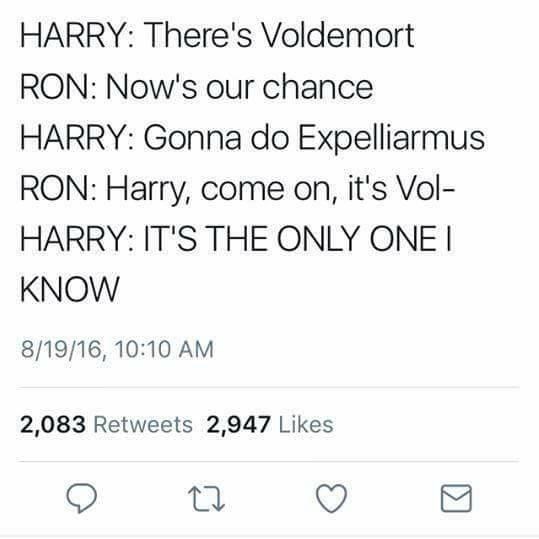 Comment down below and let us know if you have something else to add to these.