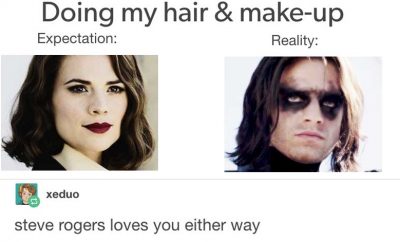 I do miss the time before Infinity war.

Because (Spoiler Alert) Everyone was alive back then and we were happy as an audience. However, Marvel ruined it for us with their last movie. And they might have said that every death is permanent in this movie.

I sure hope that it is not true because they might lose a lot of fans that way. Although today we are not here for that. Today we are going to reminisce the good old times.

And that means going to tumblr and presenting you with hilarious things about Marvel Universe that is 99% accurate. So scroll down below and take a look.

#2 That pretty much sums it up.

#3 They ain’t lying. Being pink-purple doesn’t automatically make you fashionable.

#5 The audience will believe anything.

#8 So he really is smarter than the others.

#12 We all love him and that is clouding our judgement.

#14 We love Val right? Or atleast her fashion sense.

#17 Why can’t he listen to someone once?

#20 I think you made Squidward angry.

#24 I’m sure Tony Stark would have more knowledge.