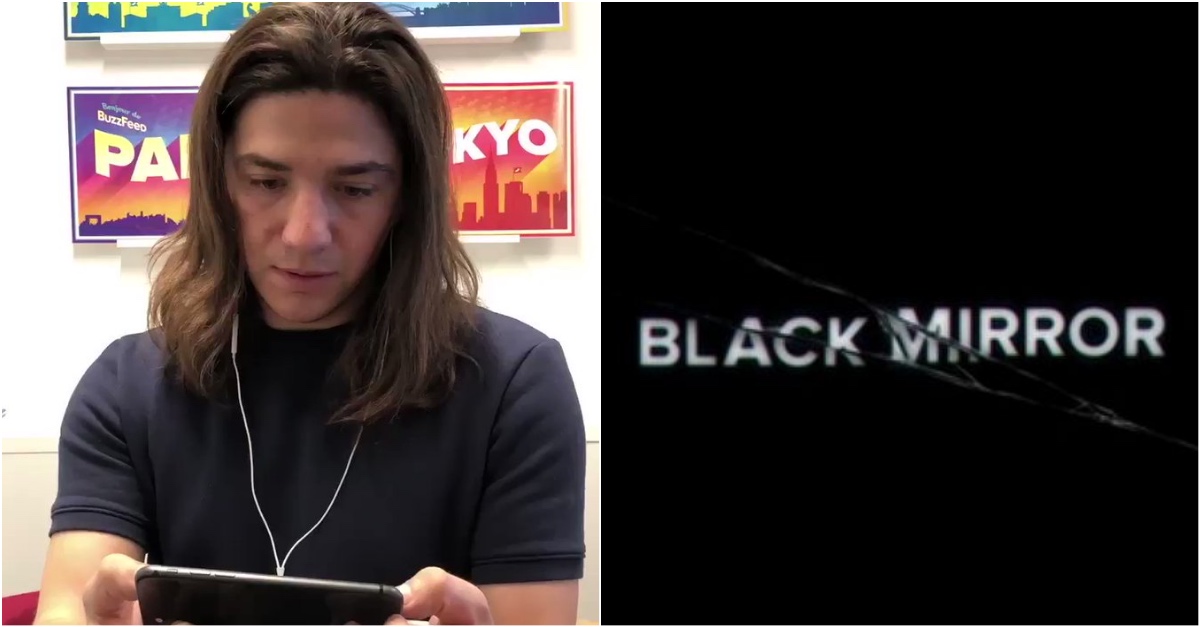 A big mystery surrounding the anthology show Black Mirror has been revealed, for a majority of fans actually and has them creeping out since then!

The charm of Black Mirror has always been how it sets its stories in a not-so-distant future but still grounds them enough for them to feel like a part of a detached yet spooky present. But the title of the show has always been a cause of debate among the show’s fans who have been contemplating upon theory-after-theory as to the true meaning of it.

It was all for nought, actually.

In 2011, the show’s writer and creator Charlie Brooker revealed the meaning of the show’s title, and for a new wave of fans the realization just came crashing in.

“The ‘black mirror’ of the title is the one you’ll find on every wall, on every desk, in the palm of every hand: the cold, shiny screen of a TV, a monitor, a smartphone.”

When You Stare Into The Abyss, The Abyss Stares Back!

When you realize why it’s called “Black Mirror”. pic.twitter.com/bJhVQ0PuZv

For some fans the realization was just too much…

This is honestly staggering information and I don’t know what to do now.

Now it all makes sense, the show is all about the possible effects technology could have on us, I’m shook pic.twitter.com/dPO1qSbBel

While others just felt bad it took them this long to realize.

Just dawned on me that the title “Black Mirror” refers to any screen when it’s turned off: monitors, smart phones, TVs, etc. Yes, I’ve watched all 3 seasons. Yes, I was just cleaning my work monitor when I figured it out. Shut up.

Oh my god i feel like such an idiot for never catching that meaning hahaha. That show just got infinitely better, as if the “pig” episode wasn’t enough to sell me!

am i the only one who didnt know black mirror was called black mirror because when you look at your phone or computer screen after it’s turned off you see your reflection on the black screen…it’s a black mirror.. pic.twitter.com/ApBxUC3RdU

Six years late is better than never, I guess.

For a show known for its twists, the best one might have been staring us in the face all along!

The MOST effective episode of Black Mirror tbh

Shocked? Well, count us in too!

What do you think of the twist? Let us know in the comments below!