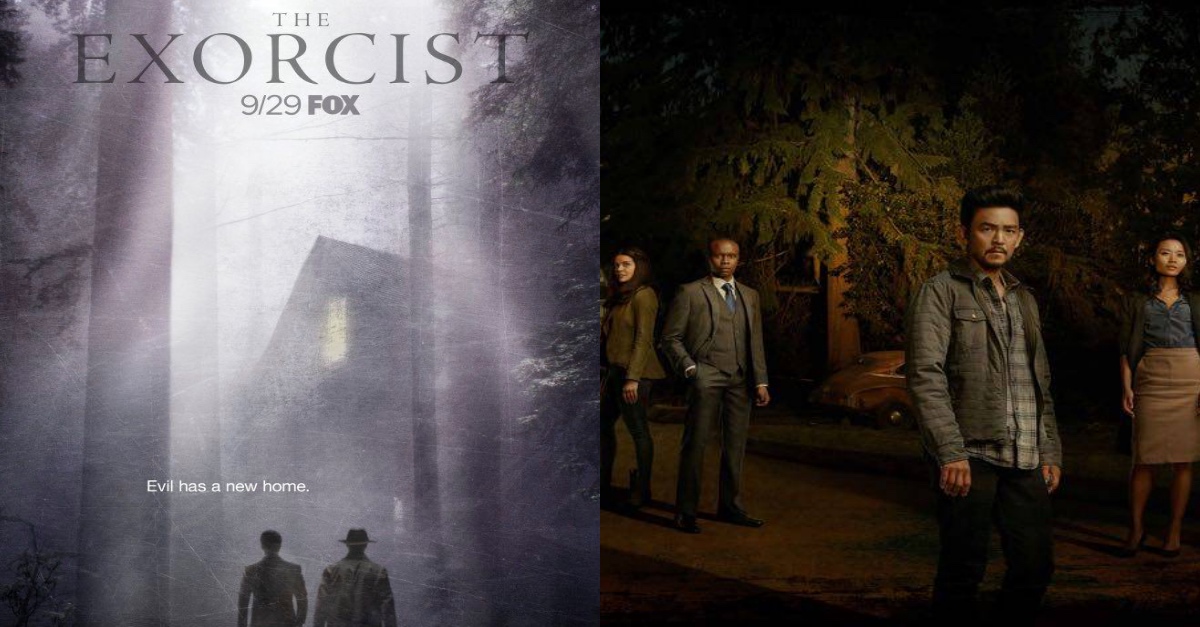 After a magnificent first season that surprised even the most skeptical, on September 29 FOX will premiere the new episodes of The Exorcist, and we show a new teaser trailer.

On the second season of The Exorcist, Father Tomas Ortega (Herrera) as well as Marcus Cane (Daniels) who leave Chicago and set off on the road in the search of evil. So this season will be held in Seattle, Washington.

Across the Atlantic, Father Bennet (Egyiawan) seeks to eliminate those within the Vatican who have turned against God. One day Tomas and Marcus are taken to see Andrew Kim (Cho), a former child psychologist who now runs a foster home for five children on a secluded private island off the coast of Seattle. There, one of the girls, Verity (represented by Brianna Hildebrand), who is under the care of Andrew, belongs to a very powerful force that will face Tomas and Marcus.

John Cho is the one who will replace the star of the first season, Regan, and he is who has problems with things hidden in the closets that suddenly explode at night.

We will not tell you more, enjoy this new teaser series.

Much more in the future

A few weeks ago the showrunner of the series, Sean Crouch, commented that they have in mind a great future for the series “in fact we have in mind another six seasons and a film. In this season we will tell the story of Father Bennett and hope to weave our own mythology in the series”. This could give us six or seven seasons and we hope to have a very satisfying end for all.