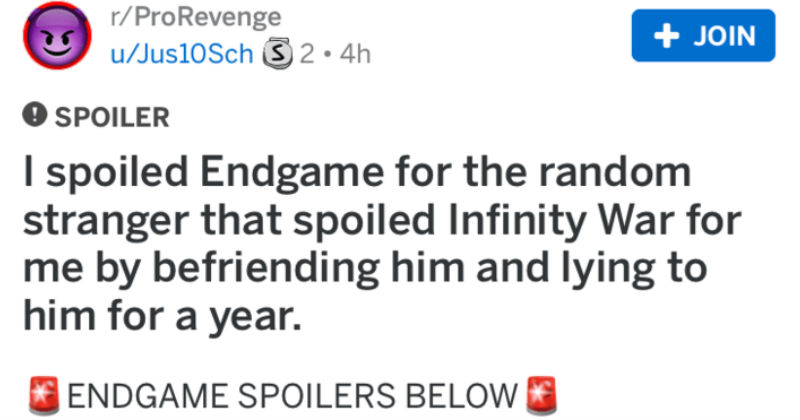 Ah, the most awaited movie of the year and the fear of its never-ending spoilers!

Let’s face it, who does not love Marvel? Especially after last year’s Infinity War, Marvel’s fanbase has grown exponentially. In hopes of finding out what happens in the next and probably the last part, every Marvel fan has had their eyes on Avengers: Endgame that finally came out last week.

In hopes of avoiding spoilers, some people have been staying away from all social media sites ever since the film released while others have been urging people to not spoil Endgame by using the trendy hashtag #Don’tSpoilTheEndgame. However, despite all the efforts people are still spoiling it as much as they can and really we can’t stop them. However, every person who spoils a movie isn’t a bad person because sometimes they do it to take revenge.

You see, this Reddit user shared his story of how he took the greatest revenge of all time by spoiling Endgame for the stranger who spoiled Infinity War for him last year. It took a lot of dedication, effort, and patience to make this plan work but in the end? It was all worth it! So, scroll on below and take a look at how this guy ruined Endgame for the guy who ruined Infinity War for him. 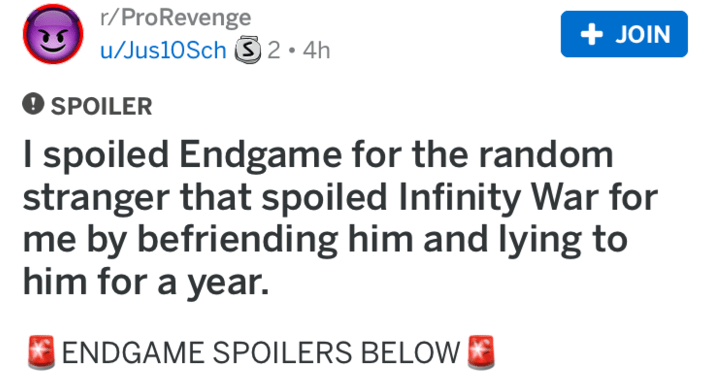 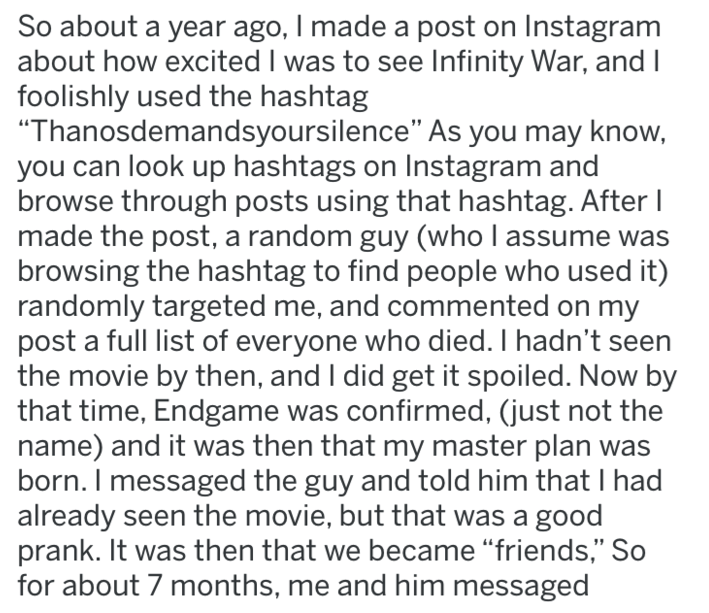 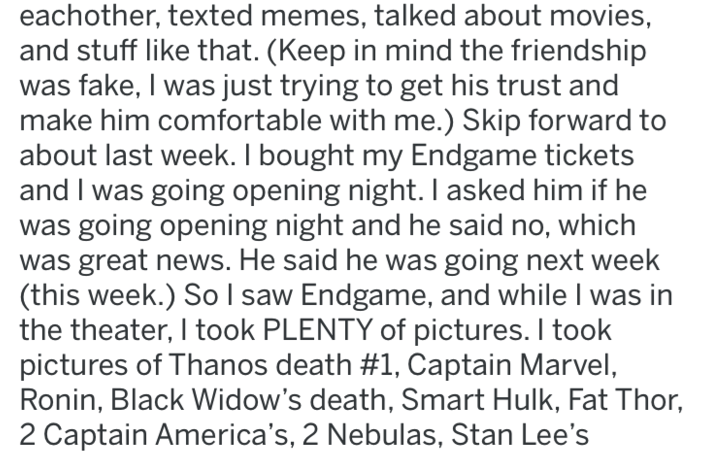 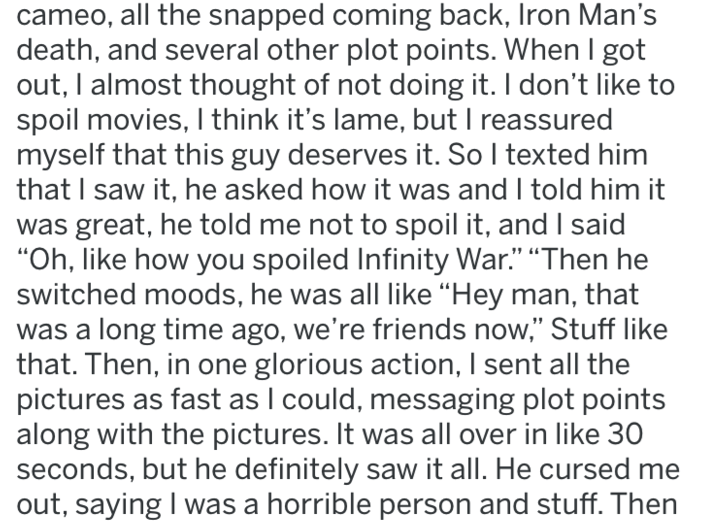 This is legendary. He actually pulled it off. What a guy! 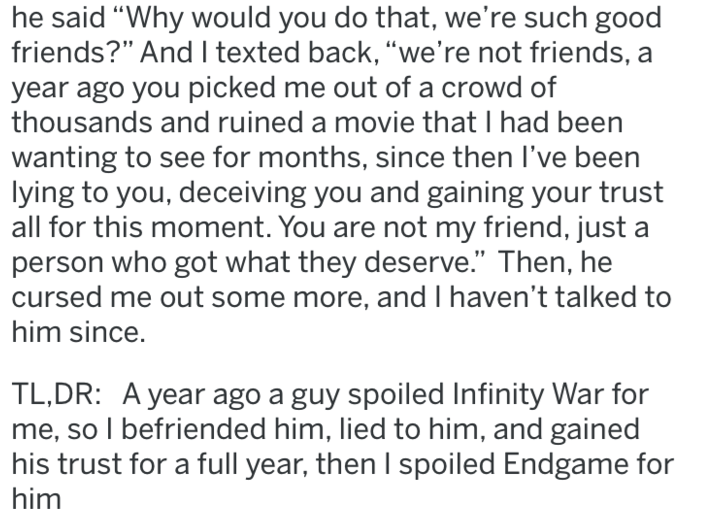 Oh well, in my book that guy kinda deserved it for ruining Infinity War. What do you think? Let us know in the comments below.