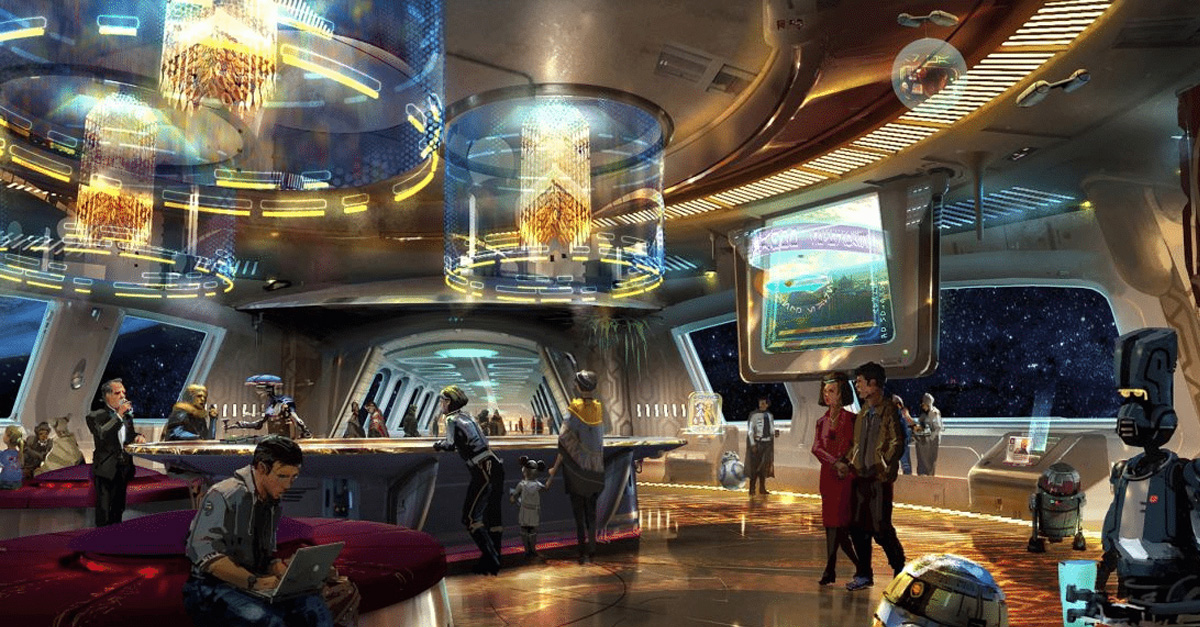 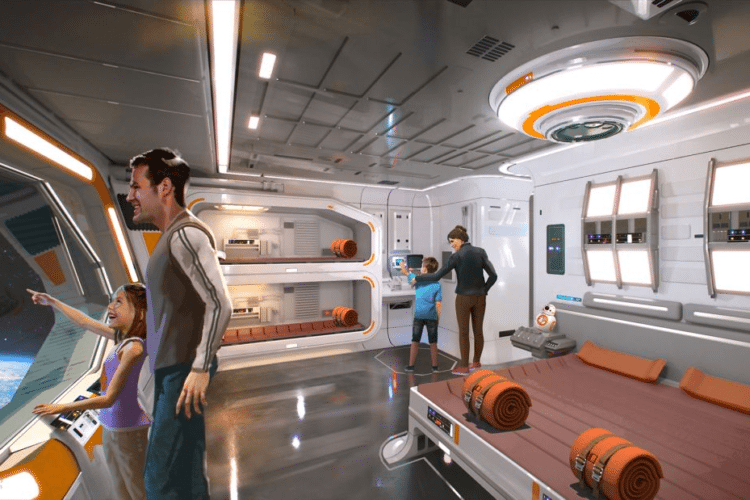 Star Wars: The Last Jedi comes to theaters in less than two weeks. But that’s not just what Star Wars fans are buzzing about.

Walt Disney Parks & Resorts chairman Bob Chapek confirmed the hotel at the D23 Expo last summer while giving fans a sneak peek of what to expect at this one-of-a-kind resort.

“I am thrilled to confirm that we are working on our most experiential concept ever,” Chapek shared with attendees. “It combines a luxury resort with an immersion in an authentic Star Wars environment.”

Here’s what we know about it:

Look at the Deck-Inspired Lobby! 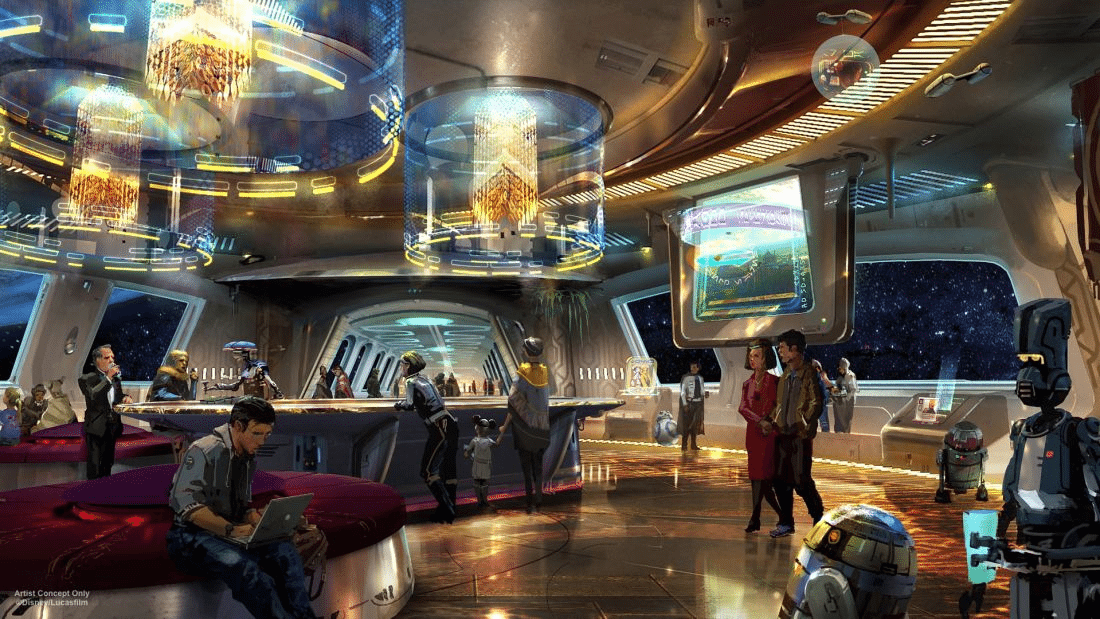 Rooms Will Have A View Of The Galaxy From Windows

The hotel will include adventurous amenities fit for a galaxy far far away. According to Chapek, guests will become active citizens of George Lucas’s world from the films.

“It is 100 percent immersive and the story will touch every single minute of your day, and it will culminate in a unique journey for every person who visits,” he told fans.

Fluffy robes may be nice but at this hotel, guests will be able to dress up in Star Wars costumes. No word on whether rooms come with lightsabers. Still, it’s safe to say that Star Wars fans are pumped.

How Cool Would it Be to Have Personalized Lightsabers! 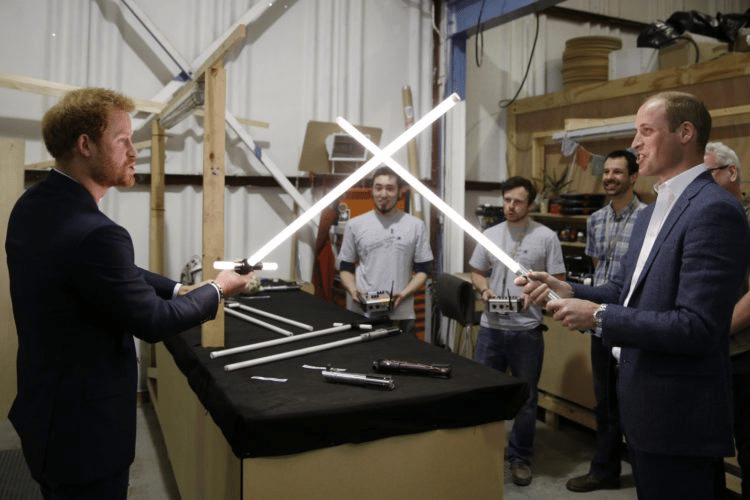 This other-worldly experience is luxurious. The hotel is likely $900 to $1,000 per guest. But can you really put a price on experiencing the world of Jedi, droids and light sabers? 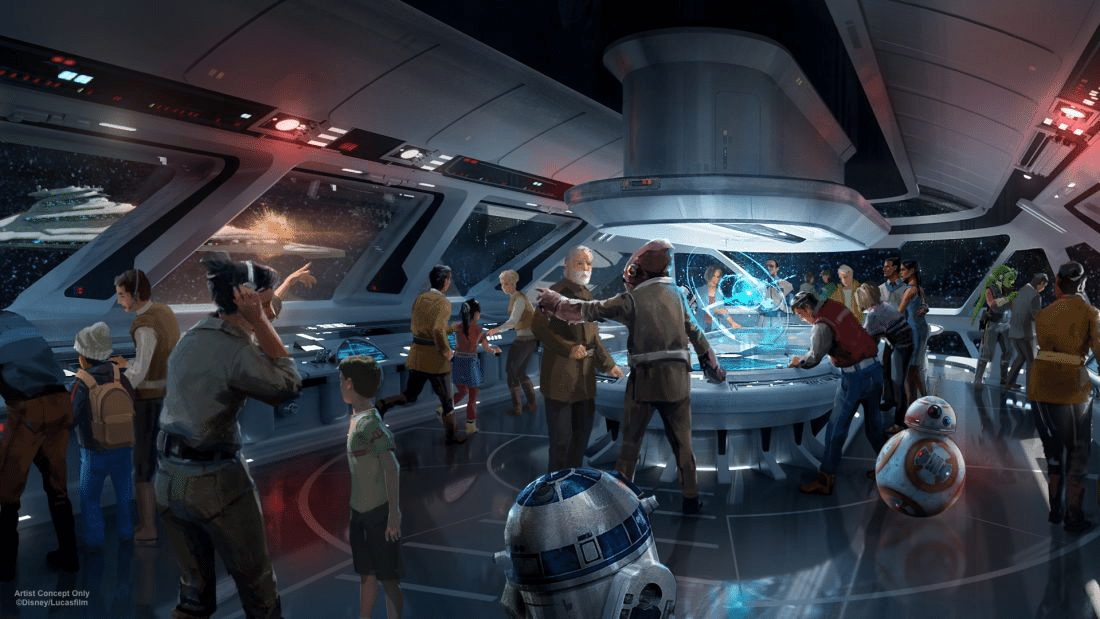 Guests Participate In Stories Throughout Their Stay

The new theme park comes in 2019. The hotel will likely follow, but Disney didn’t announce an opening date yet. Take a peek at the new Star Wars park and get excited!

A Model for the Rebel Base on “Star Wars: Galaxy’s Edge” 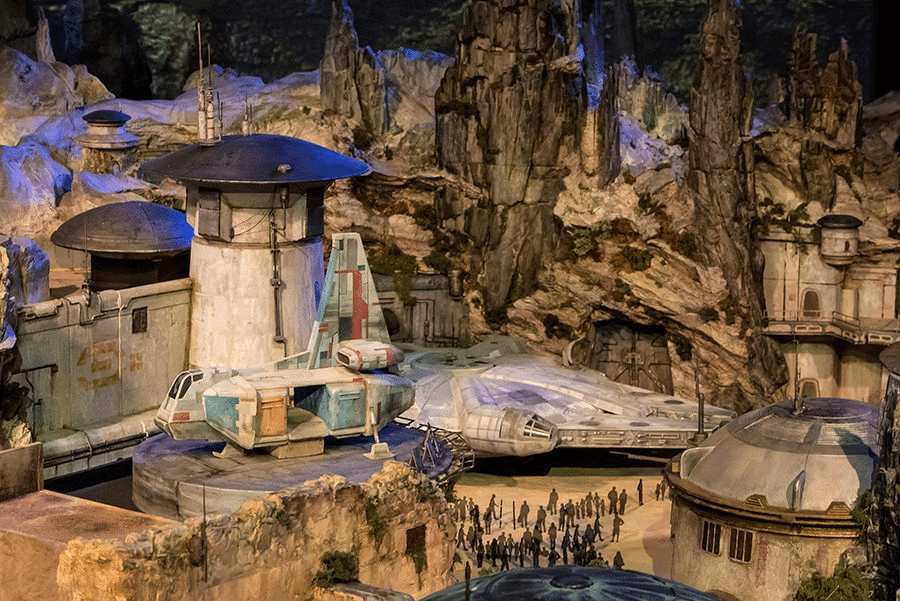 Take a look at some more of the concept art for the hotel in the video below:

As they say, The Force is strong with Disney!

What do you think of the new Star Wars hotel experience?