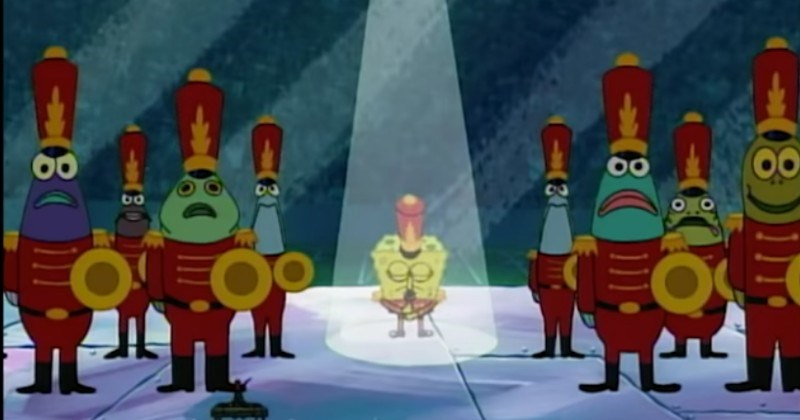 Who lives in a pineapple under the sea?

Stephen Hillenburg inspired a generation with a square yellow sponge named SpongeBob SquarePants. The show SpongeBob revolves around the adventures of a misfit band of creatures who live in the city of Bikini Bottom, under the Pacific Ocean. Rivetingly, SpongeBob and the rest of his Bikini Bottom buddies, Patrick, Squidward and his pet snail Gary have a knack for attracting trouble. From questioning whether mayonnaise is a musical instrument to interplanetary legal advice, SpongeBob is an anthem for introverts and an aquatic shade of stupidity, loved by all!

All of SpongeBob’s episodes are unforgettable, especially the one in which SpongeBob and his Bikini Bottom friends performed David Glen Eisley’s “Sweet Victory” during the “Bubble Bowl.” The pop-rock ballad from the 80s is genuinely avant-garde! And the performance was recently brought to people’s notice when Israel Colunga launched a petition for convincing the NFL to organise a performance of this song during the Super Bowl Halftime performance of 2019. The power ballad is exactly what the Super Bowl halftime needs!

In case you’ve just crawled out of a cave and don’t know what episode we’re talking about or what this song is, then Nickelodeon did you a favour and uploaded a high-quality version of the “Sweet Victory” performance from SpongeBob SquarePants. The Halftime show can’t get any better than this!

Check out the full performance below and let it bless your ears!

Let us know what you think in the comments below.