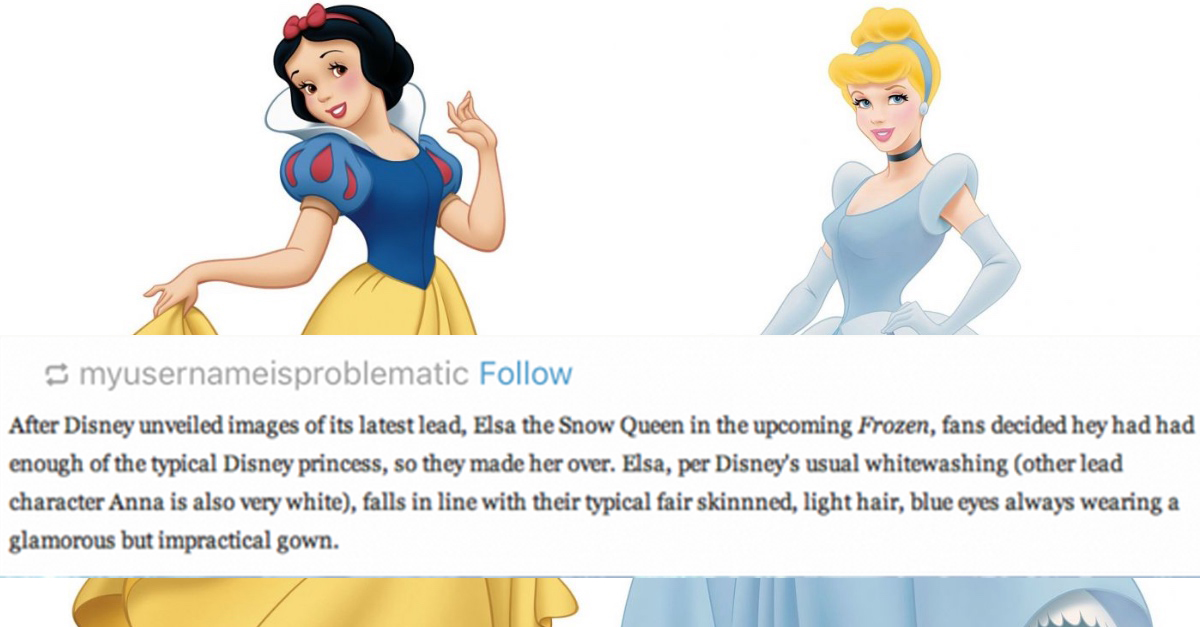 Diversity Is An Important Thing In The Entertainment World.

While it is true, That Hollywood tends to whitewash. Disney is the exact opposite. However, some people don’t seem to think so. Showing diversity on TV is important.

As it is the only way we can show people that all of us can co-exist even though we come from different cultural or racial backgrounds. Many people were however not happy when the pictures of Elsa were revealed.

Because Of Elsa Being White, People Took It Upon Themselves To Change Her. 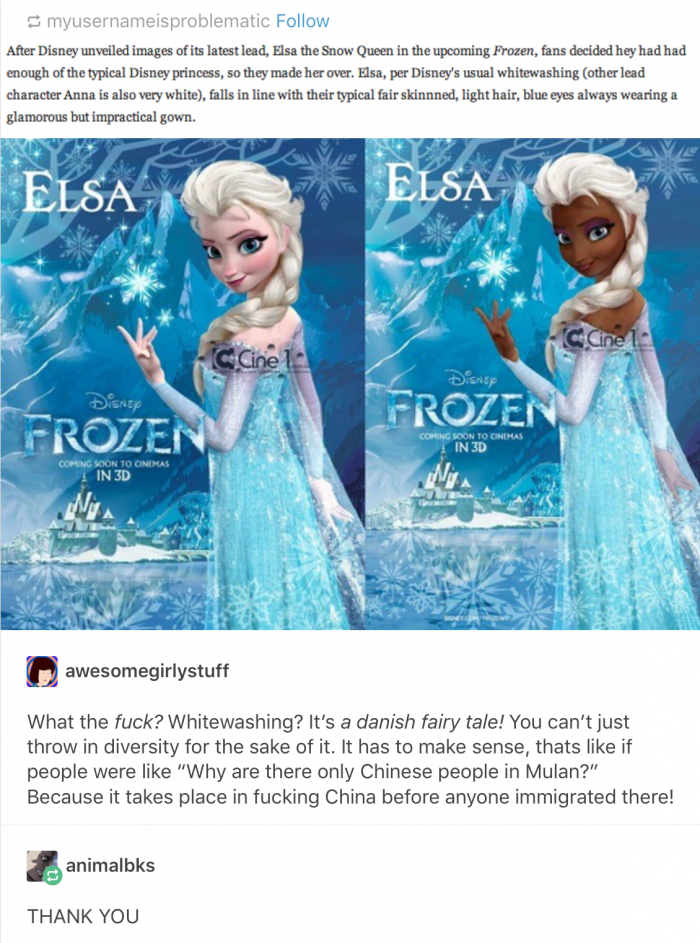 One Tumblr User However Was Not Convinced And Schooled Them With Facts.

Aurora From The Sleeping Beauty.

Ariel From The Little Mermaid.

Belle From Beauty And The Beast.

Tiana From The Princess And The Frog. 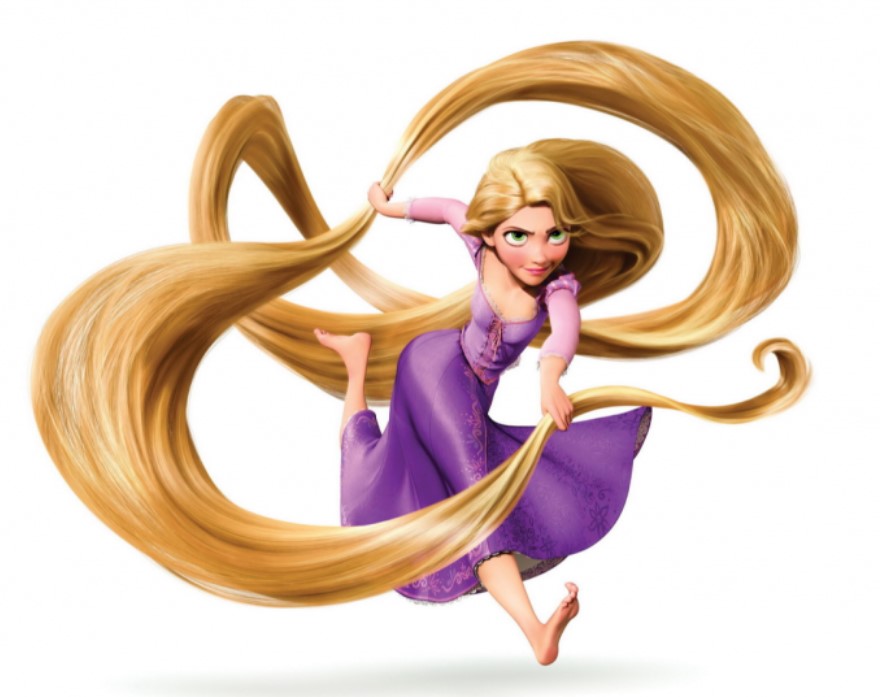 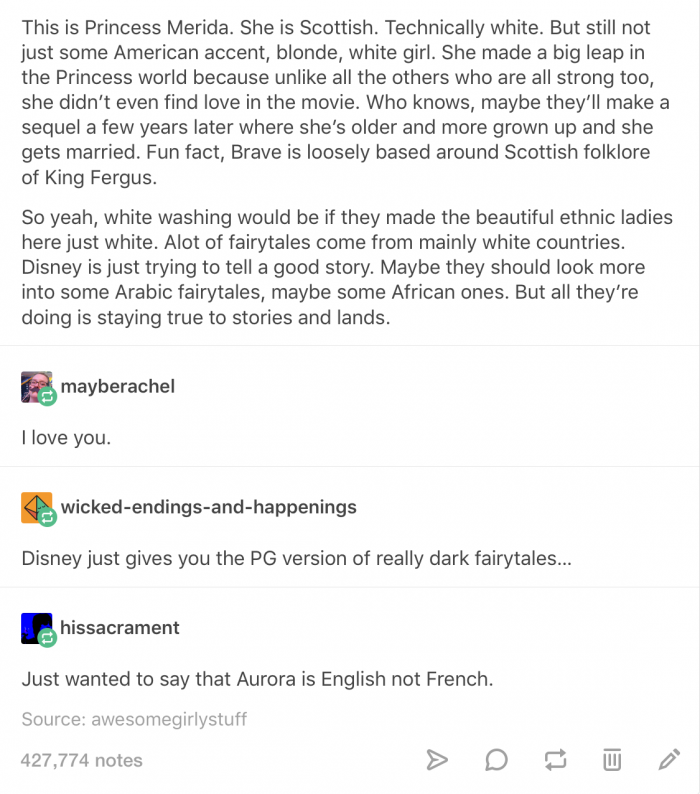 That is how it is done. Do you agree with this user? I have to say I would love some more fairytale’s based in other parts of the country. But you can’t blame Disney for staying true to the classic stories.