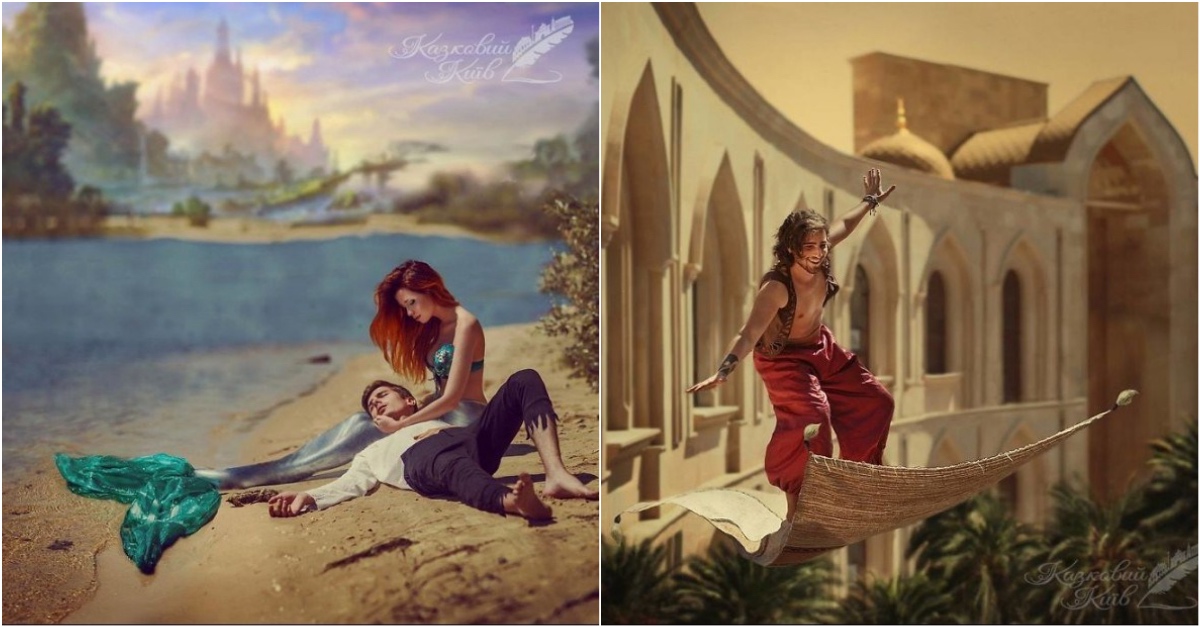 I know what you’re thinking. “What so different about this re-imagination? Haven’t there been so many live action Disney movies?”  While, you are not wrong, the following pictures bring something unique and different on the table.

You see this project was done by a bunch of Ukrainian celebrities who decided it would be a great idea to star in Disney inspired picture. And I have to say, I love the detail and costumes in each and every picture.

From Evil Queen to Cinderella, they did it all. So scroll on below and take a look.

#1 Esmeralda (The Huncheback of Notre Dam) #3 Ariel and the Prince (The Little Mermaid) #6 The Red Queen (Alice in the Wonderland) #7 Cinderella and the Prince (Cinderella) #9 Snow White and the Seven Dwarfs. #14 Alice and Mad-Hatter. (Alice in the Wonderland) #17 White Queen (Alice in the Wonderland) #20 Cinderella and the prince. Which one of these amazing pictures did you like best? Did you like this iteration or would you rather stick with the official Disney movies? Comment on below and let us know.

You can also check out behind the scenes of these pictures on their Facebook.