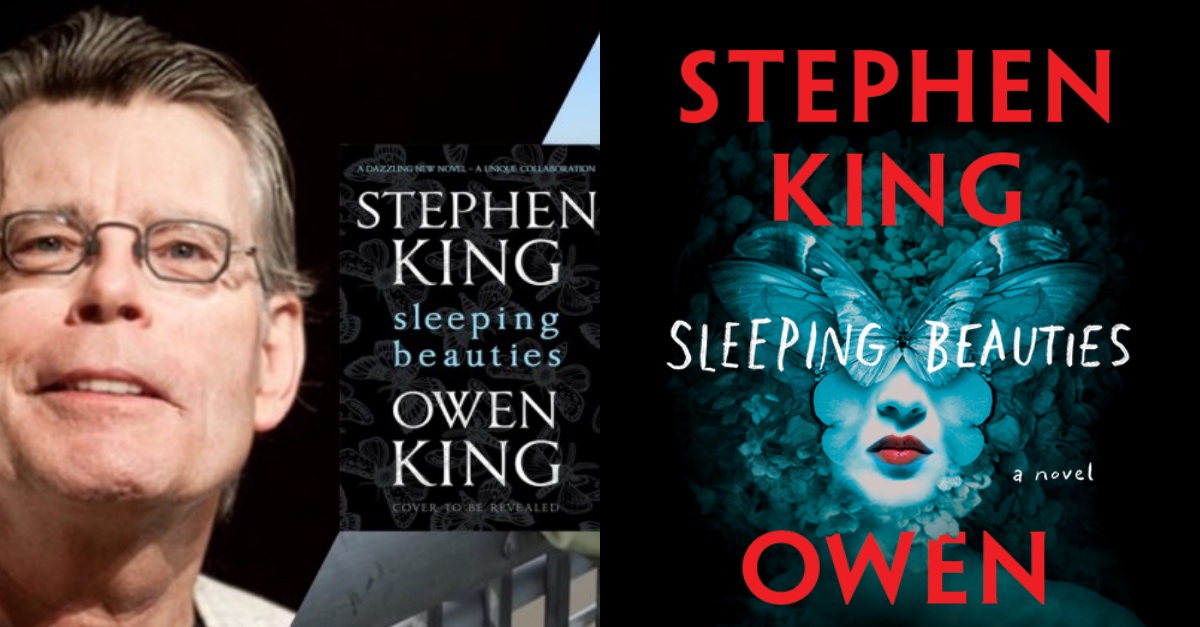 The American popular imagination, which had always taught us that the ultimate expression of filial paternal love was an afternoon fishing in a lake, is reinventing itself.

And Stephen King, the celebrated writer of horror novels, in an attempt to banish what psychoanalytic theory understands as an oedipal complex, is writing a novel with his son. Sleeping Beauties, which is the name of the novel, will be published in the United States on September 26th.

What to expect in this book?

As it can be read in Stephen King’s website, the plot of the novel is a little creepy, although coming from King sr, that does not surprise us.

In a real and close future, something happens when women go to sleep: they are wrapped in a chrysalis (or something like that) and if they are aroused they become fierce and spectacularly violent. Besides, while they are in the arms of Morpheus, the women go to another place. The men, disconcerted, increasingly behave in a more primitive way and find in Evie, the only woman immune to sleep sickness, an object of study.

What about Owen King?

Sleeping beauties will not be the debut feature Owen King, the youngest son of the author of The Glow. The literary debut of the creature, now with 40 springs behind it, was All to One, a short novel that also contains stories. Owen King also published a graphic novel and, next to John McNally the book And now who saves us?

In addition, the firstborn of King, Joe Hill also has published some title and, in fact, his novel The Costume of the Dead was a success in Spain with more than 50,000 sales in its first two weeks in bookstores.

From the book to a series

The company Anonymous Content, a production house of series like Mr. Robot and The OA, has acquired the rights to realize a televising adaptation of Sleeping Beauties, with help of the King. Although at this moment there is no production start date. Most likely, the show will not begin to be organized until next year, to give room for the publication of the book.

Ashley Zalta and Michael Sugar, who won an Oscar for their work in Spotlight, will be the executive producers of this new series that has yet to be released. Little by little, they will reveal more information about the distribution and the technical team responsible for adapting.

Notably, Michael Sugar has also worked on the Netflix The OA series and 13 Reasons Why.

Sleeping Beauties joins a long list of adaptations of Stephen King’s novels, is the tenth project based on a Stephen King property to be produced by 2018, the most recent being It’s reboot, which will premiere on cinemas on September 8 of this year. Also it can be mentioned the launching to the screen of The Mist.