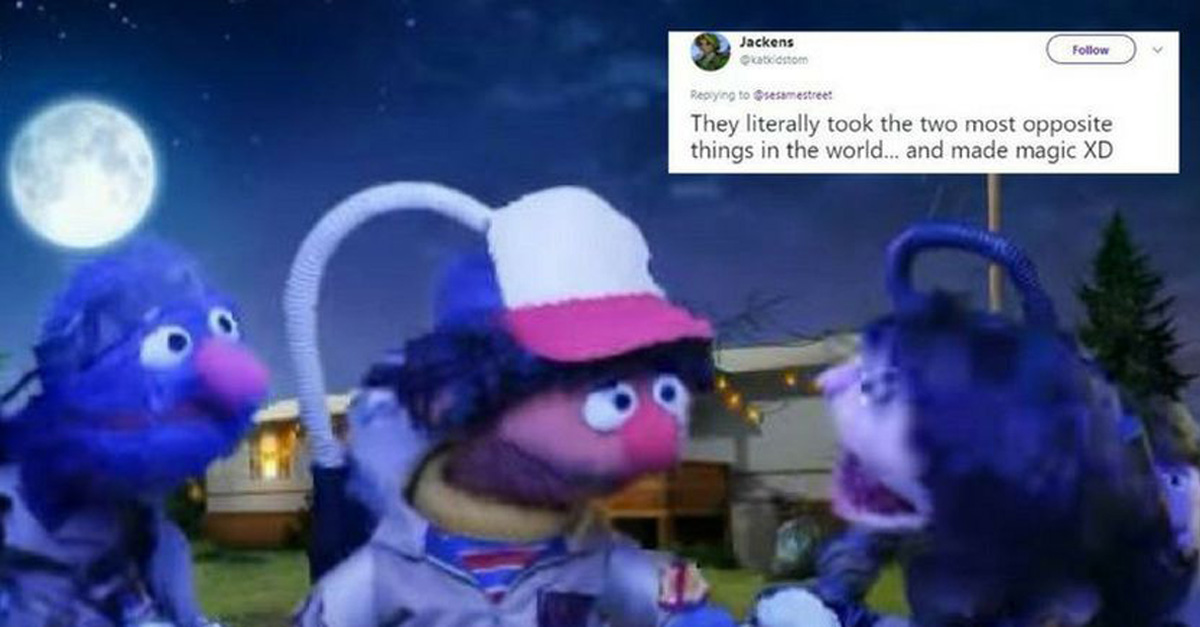 The creative geniuses over at Sesame Street are at it again, this time with a parody of Netflix’s runaway hit Stranger Things. In this version, the gang deals with a Cookiegorgon who comes from the “Snackside Down” and learns a lesson about sharing.

And Now… “Sharing Things” Has Taken Over the Internet

The upside down has made it’s way to Sesame Street. Can the Cookiegorgon learn to share? Find out in #SharingThings. pic.twitter.com/euTkaU5vO7

As a kid who grew up watching sesame street and someone who’s obsessed with stranger things, this is perfect ? https://t.co/gjuflybzc4

“I know Will loves the gummy worms. Do ya got any of those?” ??? #SesameStreet #StrangerThings https://t.co/Oj0hrzlerD

so many kids are going to be confused when they see this on TV i am CRYING https://t.co/aLo4xMcXwK

People Were Having Some Big Feels for Poor ol’ Barb

And There Was Much Love for Eleven

I snorted when eleven came out?

muppet mike is on point for season 2 lol. i dont know why i didnt expect it but 11 & 8 made me lmao, i just did not see it coming.

Well done, Sesame Street! You're always so good at delivering important messages with creativity and humor. I'm thankful to have grown up watching your program on PBS.