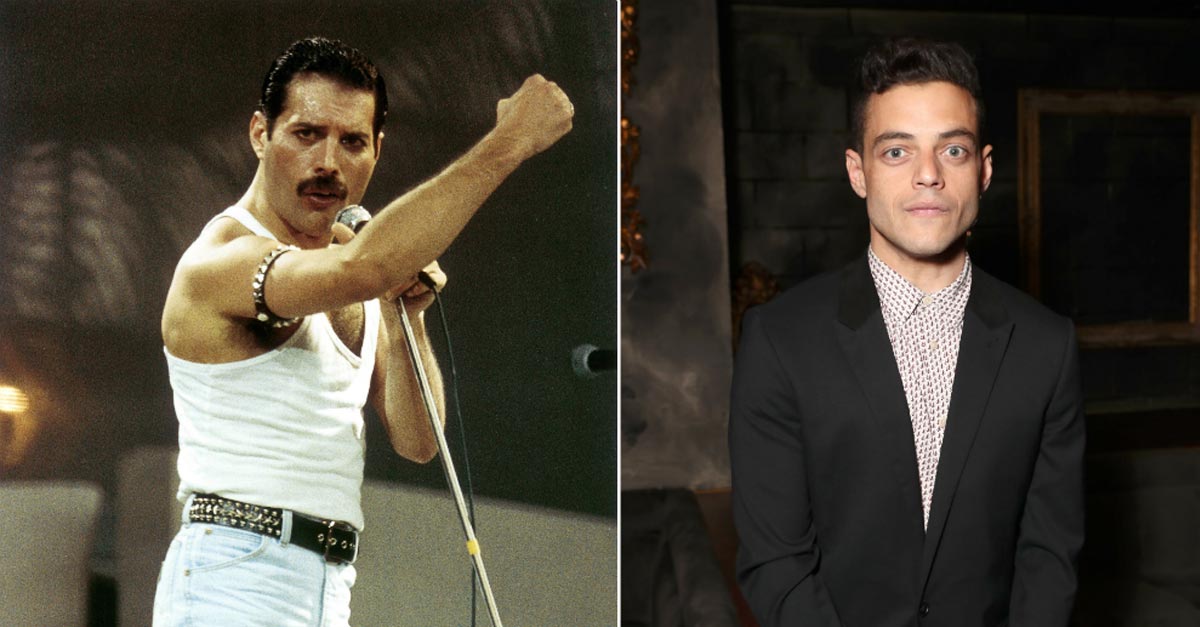 If you’ve missed Freddie Mercury over the years then you’ve probably been on the edge of your seat wondering who will be playing Freddie Mercury in the Queen biopic, Bohemian Rhapsody. If you haven’t been itching for something to satisfy your Queen cravings (assuming you have any nowadays or even know who Queen is) well you’ll probably still be happy to hear Freddie Mercury has returned from the dead (and the 80s!).

I’ve kept you in suspense for too long already, it’s about time I tell you who is going to play our dear ol’ Freddie. It’s Rami Malek, known for his role in Mr. Robot. If you’ve ever seen the show, you’ll know he is a great actor. A great dancer though? Singer? A great Freddie Mercury impersonator? Those things seem a bit far fetched… Until you see it with your own eyes!

#RamiMalek is #FreddieMercury in this exclusive first look at 'Bohemian Rhapsody.'??The Bryan Singer-directed film (out Dec. 25, 2018) chronicles #Queen from 1970, when Mercury teamed with Brian May and Roger Taylor, until the band’s performance at Live Aid in 1985, six years before the singer died of complications from AIDS. Click the link in our bio for more. ?: Nick Delaney/Fox

A post shared by Entertainment Weekly (@entertainmentweekly) on Sep 5, 2017 at 1:45pm PDT

Rami Malek From Mr. Robot Brings Freddie Mercury Back From The Dead!

Daaaaaaaaamn! Mr. Malek plays him on point! Well, I think the waistband could be a bit higher, but hey that’s preferences to me. We can already hear the featured song for the biopic in our heads starting to play… “We are the champions-” Oh wait, no not that song. Although as it is a Queen biopic, the song will be in there. “Bohemian Rhapsody” will be heard through a lot throughout the biopic. With that performance too, you’ll be able to see for yourself that Rami Malek can indeed dance! Although singing, I am not so sure about.

Rami Malek can dance! He can strut!

Wow, did I really just get so excited about a grown man being able to strut his stuff? Well, he has to be able to be anything compared to Freddie Mercury. The biopic will premiere on December 25, 2018. So we still have plenty of time to see Rami Malek enhance his dance (and strutting) skills and his singing skills. Yes, Rami Malek WILL be using his own voice in the biopic, which will be interesting to see. Scroll down to see the original 1985 debut of Bohemian Rhapsody.