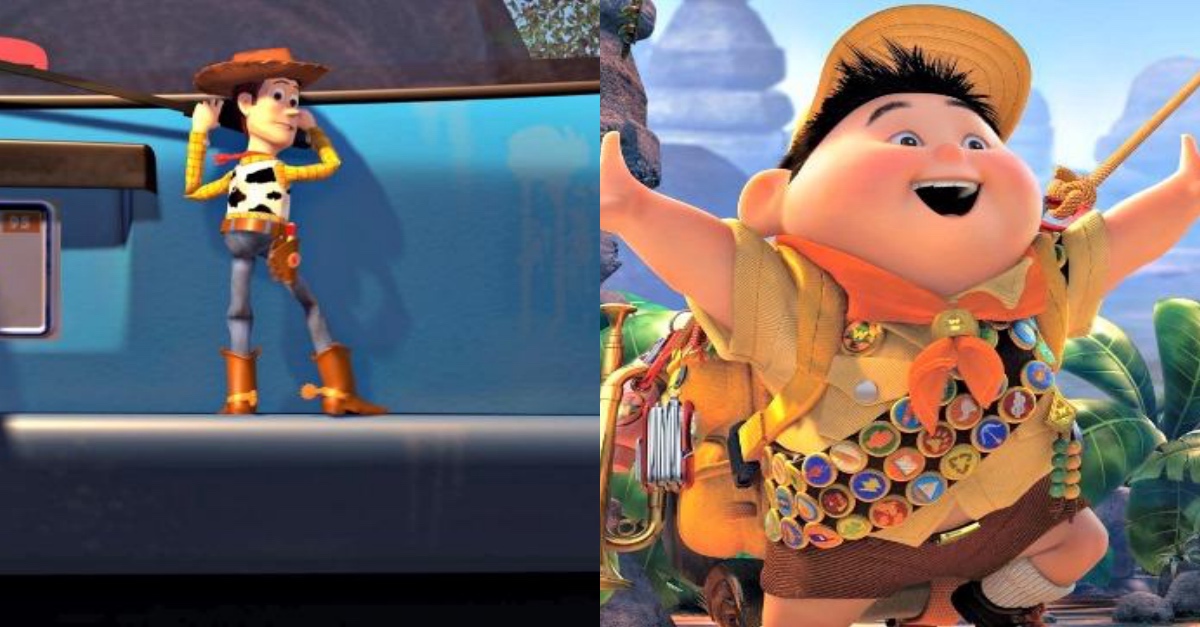 Pixar studios is notorious for including cameos of their characters in other movies.  While some may be fairly obvious, we guarantee there’s at least one on this list that you didn’t notice. Take a look and you may be surprised by how many Easter eggs are hidden in your favorite Pixar Film.  So here are the top 10 cameos made in Pixar Films.

In the 2010 film, Toy Story 3 the famous super spy Finn Mcmissle from Cars 2 can be spotted on Andy’s bedroom wall. While the second movie in the Cars franchise didn’t hit theaters until the following year,  fans were able to see a sneak peak, that is if they managed to catch it.

Notice any of our favorite fish friends in this picture? Nemo from the 2003 film Finding Nemo does make a rather prominent appearance in the 2001 Pixar classic Monsters Inc. . While this cameo took place a whole 2 years before the release of the film, it’s safe to say that viewers who managed to catch this Easter Egg were pleasantly surprised to see the iconic character on yet another adventure.

Following the release of Finding Nemo, we see that the film actually has a quite a few Easter eggs itself. One of these being, a cameo by Mr. Incredible of the 2004 Pixar film The Incredibles. Notorious for giving us teasers about upcoming films, it’s no surprise that this was included in the 2003 film of Finding Nemo with The Incredibles hitting theaters just a year after.

Lotso the evil, strawberry smelling, teddy bear can be found in the Pixar film Up. With the film debuting in 2009, and Toy Story 3 hitting theaters just a year later, it makes sense that we got a glimpse of this unruly bear.  We also see another appearance of the Luxo Ball as well.

Now while this may look like just a couple random numbers and letters, this number actually has a huge significance for Pixar Animators. Featured in almost every pixar film, the sequence A113 is actually a room number. Specifically for the classroom at the California Institute of the Arts, where several top animators have studied. While the sequence has appeared in more than just Pixar films, we’ll stick to just a few references.

While the sequence A113 can be found in almost every Pixar movie, one of it’s most prominent appearances takes place on a license plate in the film Toy Story.

While fans may have been a little two caught up in the kidnapping of Nemo to spot it, the famous room number A113 can be found on a camera in the film Finding Nemo.

The pizza planet truck that played a crucial role in the film Toy Story, has since made an appearance in every single Pixar film to date. (With the exception of the Incredibles). Be sure to keep your eyes peeled for the old Toyota delivery truck, next time your watching these movies.

Making a cameo in both of the films in the Cars franchise, its safe to say that the old pizza truck, is definitely a fan of racing.

By the time Pixar’s 2012 film Brave hit theaters, fans were well aware of the continuing cameos by the Pizza truck. However, the question was how could you work a modern-day vehicle into the setting of ancient Scotland, and not totally disrupt the timeline? Well, here’s one way of doing it.

While this iconic cameo by the Luxo ball, is well known, it has also become a fun tradition for viewers to spot in every film. Originating from the their very first short film, the Luxo ball has become the unofficial logo for Pixar. Making appearences in every single Pixar film, here are some of our favorite Luxo cameos.

While this one may be a little harder to spot, the Luxo Ball does indeed make a cameo in the 2009 film Up. (Hint: Check the to the left on the middle row of russel’s sash.)

If you were too busy watching the adorable young Riley and her pal BingBong run around the living room to spot Luxo, we don’t blame you. However the famous Luxo Ball does make yet another cameo in the 2015 hit Inside Out.

With new Pixar films hitting theaters every year, its safe to say that we’ll be seeing many more cameos. Whether it be our favorite characters, Luxo, or even the pizza truck, be sure to keep an eye out next time your watching these Pixar films.