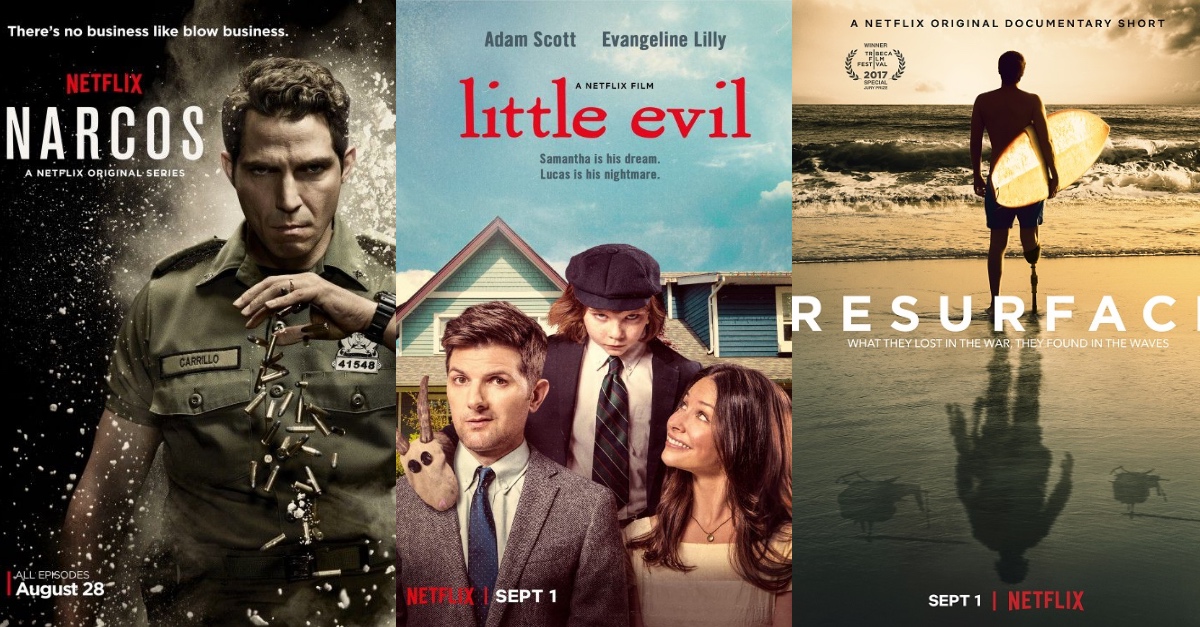 Netflix tries hard to keep their 104 million subscribers happy with a steady stream of binge-worthy entertainment. Every month the streaming service updates their massive library with new content and this September is no exception. Here’s what to expect from Netflix this coming September, as well and when to look for it.

Original Content
One of Netflix’s unquestionable strengths is the sheer amount of original content they put out on a regular basis. Several of their original series are getting new seasons this September and Netflix is releasing a handful of

Netflix is kicking off the month right with a new season of the fan-favorite Narcos. While the last two seasons revolved around Pablo Escobar’s rise, season 3 will focus on the DEA tackling the Cali Cartel. Season 3 of Narcos will be available to stream beginning on the first of September.

Little Evil has all the makings of a hit thanks to an all-star cast and utterly delightful premise. Adam Scott(Parks and Recreation) stars in the film as Scott, a newlywed who slowly comes the realization that his new son-in-law might be the antichrist. What we’re most excited about, however, is the fact that Little Evil is directed by Eli Craig, the director of the cult classic Tucker and Dale vs. Evil. Eli Craig has proven his ability nail comedy horror before and we’re looking forward to seeing that kind of humor on our screens again. Little Evilwill be available to stream from September 1st.

Resurface tells the emotional story of military veterans using surf therapy to help combat their PTSD and change, as well as save, their lives. The documentary hits Netflix on the first of this month.

BoJack Horseman is a mixed bag if there ever was one. The show is just as likely to make its audience cry as it is to make them laugh thanks to the wonderfully twisted mind of Raphael Bob-Waksberg, the show’s creator. The animated series features the voice of Will Arnett as the titular Bojack and his adventures as a washed up showbiz star. You’ll be able to catch the latest fourth season on the eighth.