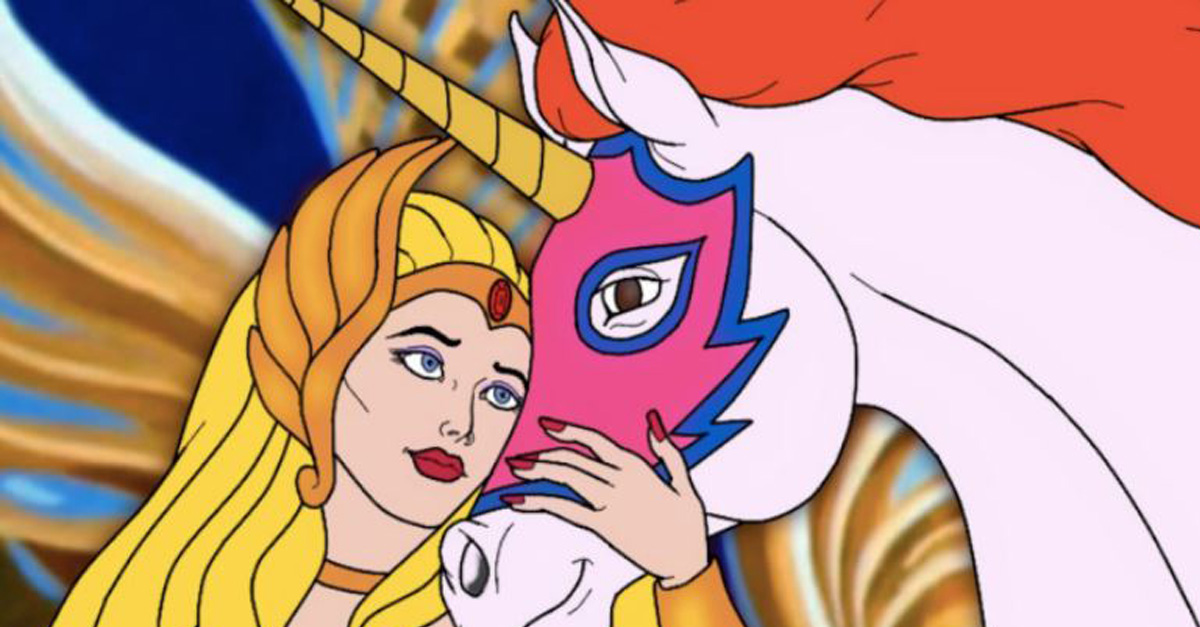 The year is coming to an end but it has one more surprise up its sleeve.

She-Ra is finally heading back!

Netflix is making our childhood girl power dreams come true with a reboot of the classic 1980s cartoon series featuring a bad-ass powerful princess who took absolutely no shit from anyone. Eisner award-winning author and executive producer Noelle Stevenson is bringing a more modern version of She-Ra to 80s kids (and their kids) in 2018, and we can’t friggin’ wait.

The news is out: I'm showrunning a new She-Ra reboot for Dreamworks TV and Netflix! https://t.co/v7IJhYxXi1 pic.twitter.com/gtLn2yLQLZ

Netflix is calling the reboot “a modern take on the ‘80s girl power icon for a new generation of young fans” and all we have to say is THANK YOU, NETFLIX!

Seriously, who wouldn’t be thrilled with the on-coming hypnosis that the show will pull on us?

According to their press release, Netflix is bringing back the same idea of the original series with a more modern vibe.

“The trailblazing property originally debuted in 1985 to satisfy overwhelming demand for a female lead fantasy series. With Stevenson’s unique voice at the helm, fans are in store for an epic and timely tale that celebrates female friendship and empowerment, lead by a warrior princess tailor made for today.”

So, She-Ra with an iPhone and Instagram? We’ll let time tell us.

Meanwhile, fans are pretty excited as the outburst on Twitter indicates.

This is gonna be so rad ✨

The best part? Stephenson confesses that the remake is literally years in the making, so this is probably going to exceed all our wildest  dreams.

How excite are you for the She-Ra reboot?