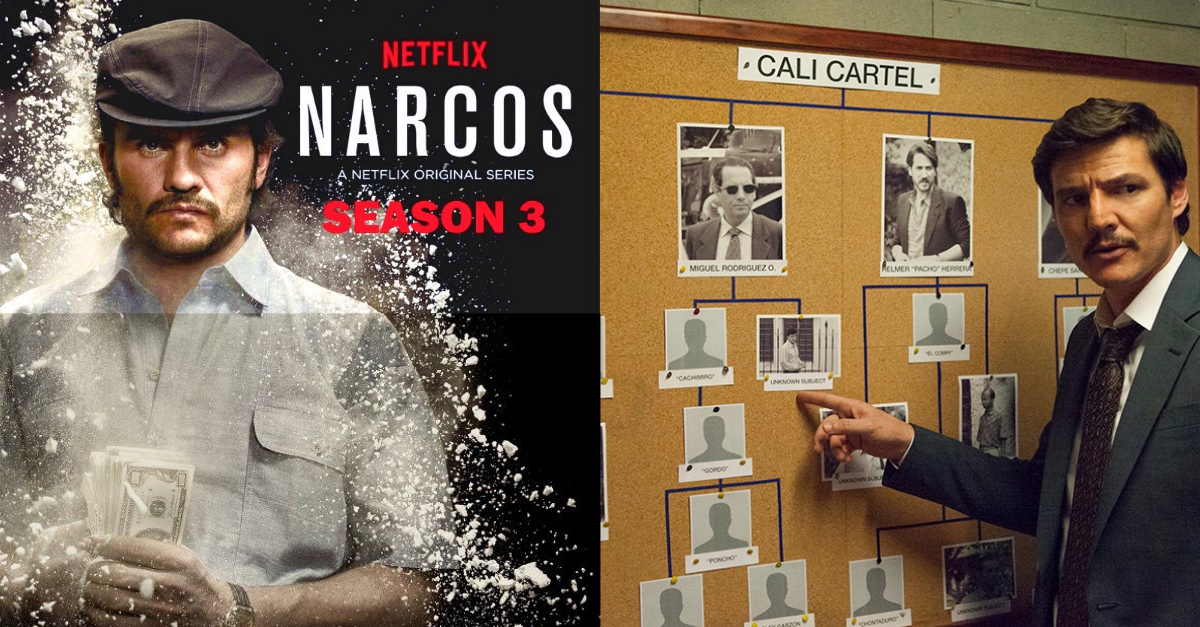 Buckle Up For Another Intense And Gritty Season Of Narcos.

Spoiler Alert: This post is going to contain major spoilers for Narcos season 2.

Now that we have that out of the way. Let’s get into the fun part. As most of us already know there is going to be a third season of our beloved show.  This is great news for those who loved the lighting speed editing, witty characters and jaw breaking action scenes.

The Most Important Question In Everyone’s Mind Is, When Is The 3rd Season Going To Air?

Well, I have some good news for you on that regard. The whole 10 episodes of Narcos season 3 will be online on Netflix on September 1st for your enjoyment.

The bad news however, is that it will only be shown on Netfliz as we have seen in the past. Although most people do have a Netflix subscription already so that shouldn’t matter.

Following is a little blood-thirsty teaser for the new season.

This Season, The Good Guys Will Be Fighting The Gentlemen Of Cali.

We all know that Pablo Escobar is dead (R.I.P) but don’t worry since there is going to be many more bad guys this season.  Mainly a very frighting cartel known as

The Gentlemen Of Cali.

I think season 3 is very different for the surviving characters involved, Pablo Escobar’s death didn’t affect the flow of cocaine one iota.

What Is Really Going To Happen In Narcos Season 3?

Well, The official synopsis says it all.

All rules have changed for the Narcos and their opponents — a fact many won’t realize until it’s too late.

Most of the season will take place in New York city and we are ready for this new chapter in an already bloody tale.  Have you watched Narcos before? Or are you going to binge watch all the episodes before Season 3 arrives?

Well, Comment on below as to what you think will happen this season.