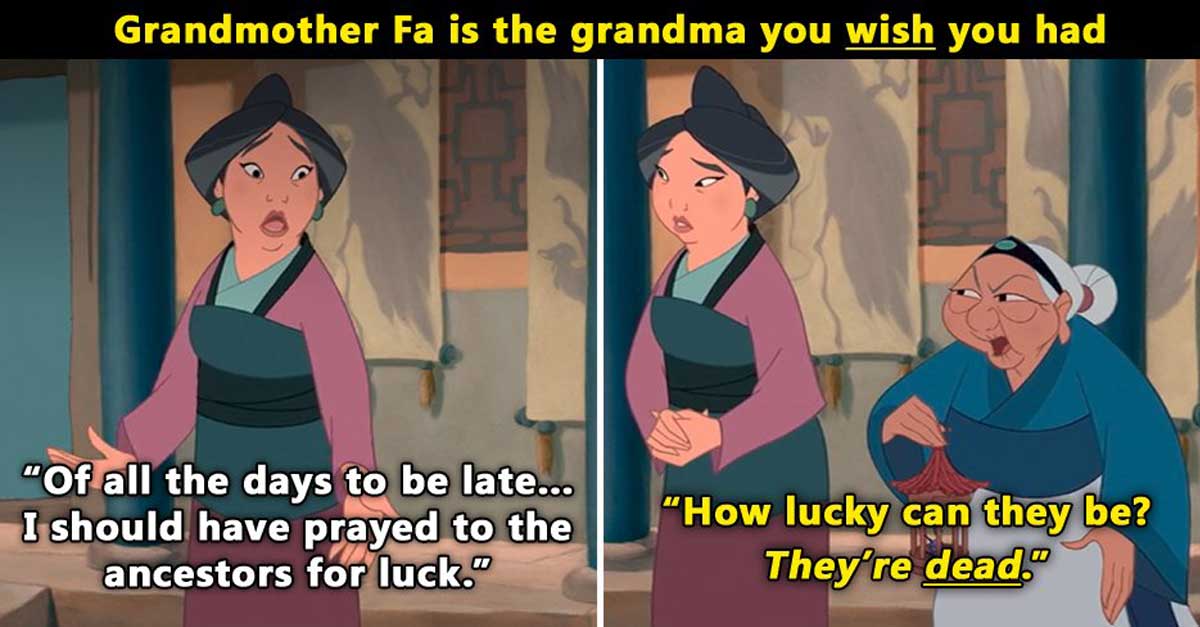 While Moana was a great movie no doubt and had a strong female character. However, Mulan did it first. I know Mulan is not the most popular movie ever but it should be because it is absolutely perfect.

Okay, maybe nothing is perfect but Mulan is pretty damn close to it. Other than featuring a strong female character who saved herself, there are loads of other things in this movie making it all the more better.

Following are the 13 reasons why this movie is the best Disney has ever made.

#1 Mushu is a great character right after Genie.

You have to admit Eddie Murphy did a great job voicing this incredible dragon. He has everything a character ever needs, humor and a great character arc. What more could you ask for?

Do I need to say any more? Because “I’ll Make A Man Out Of You” is a great song. Period.

#3 ‘My Reflection’ might not be as iconic but it is still great.

Did you know this is the song that launched Christina’s career?

I know it’s not the most popular song but it is still great. You know what? Every song in this movie is a gem in it’s own right.

#5 Grandmother Fa is the best.

Sure, The grandmother in Moana was great but she was clealry ripped off from Grandma Fa and I will not stand for that.

Have you looked at those evil eyes? Enough said.

#7 Then there are the ghosts.

They might not really have any use in the movie but they make it more……interesting?

Sure, he might have been a jerk sometimes but he came around at the end. And he might even be bi so yay?

#9 Cri-Kee is the cutest sidekick ever.

Just look at that face!

#10 Little Brother however just takes the cake on being cute.

Sure he might not serve any purpose other than being cute but isn’t that enough?

#11 The final battle is everything.

This movie might have been ‘family-friendly’ but the final battle scene was intense to say the least.

#12 Mulan is THE best Disney princess.

Other than being a kickass gal, she also likes to do her own saving and not be a damsel-in-distress like every other Disney princess ever.

And I say that with the utmost respect. After all, she didn’t really kill innocent people.

Any reasons that we missed that make Mulan your favorite Disney movie? If so comment down below and let us know.