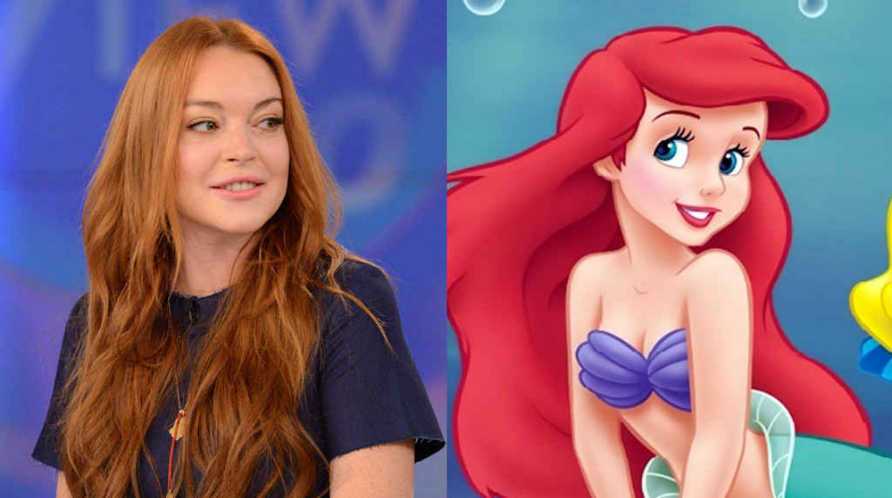 Depending on whom you ask, Lindsay Lohan may or may not be playing Ariel in a live-action remake of The Little Mermaid.

Disney, on the other hand, has given no indication that Lohan is even close to landing the lead role in the inevitable The Little Mermaid remake.

The 30-year-old actress lobbied for the role on her Instagram.

Lilo Wants to be Ariel! 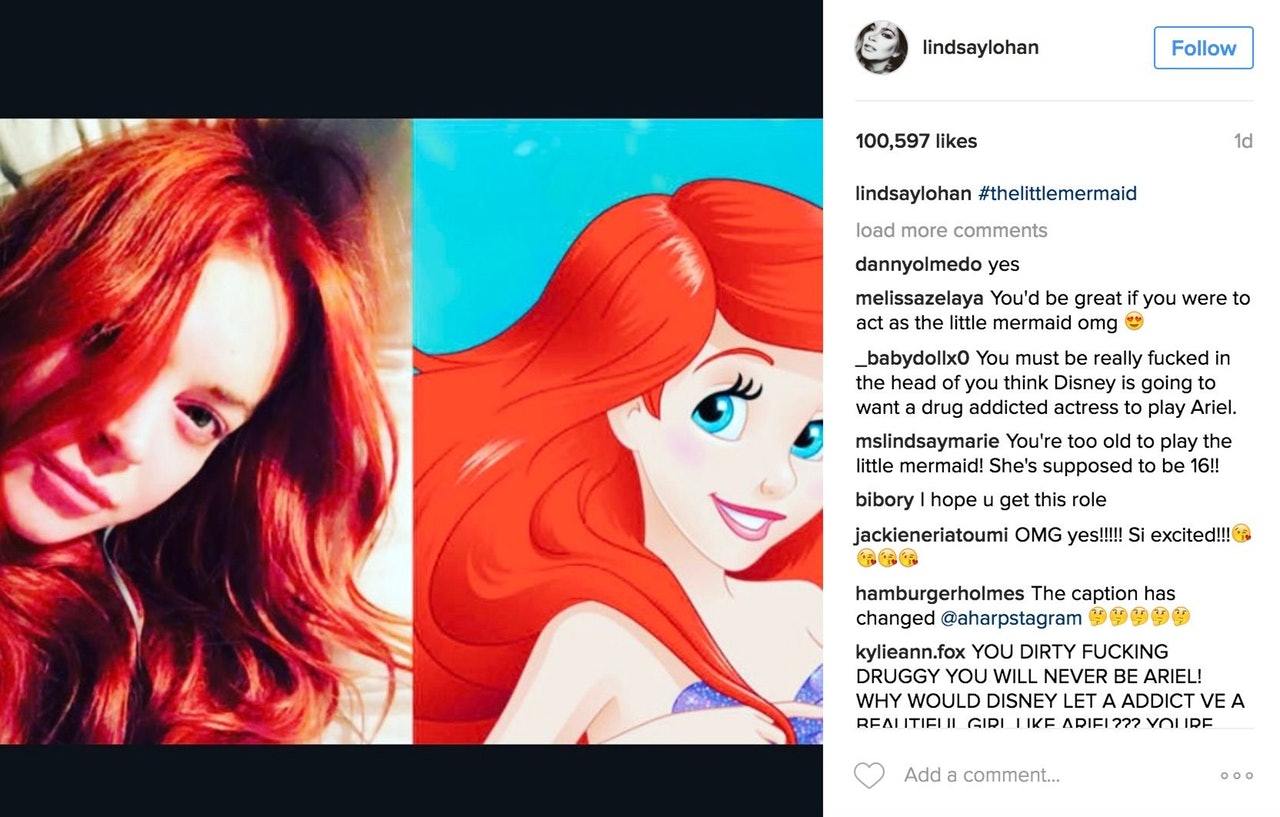 She has since edited the caption to simply read, “#thelittlemermaid,” but the original caption read as follows:

I will sing again, as #ariel #thelittlemermaid @disney approve that #billcondon directs it along with my sister @alianamusic singing the theme song for the soundtrack. Also @kgrahamsfb plays Ursula. Simply because, she is the best. Take one. @disneystudios.

Here’s a glimpse at that deleted caption: 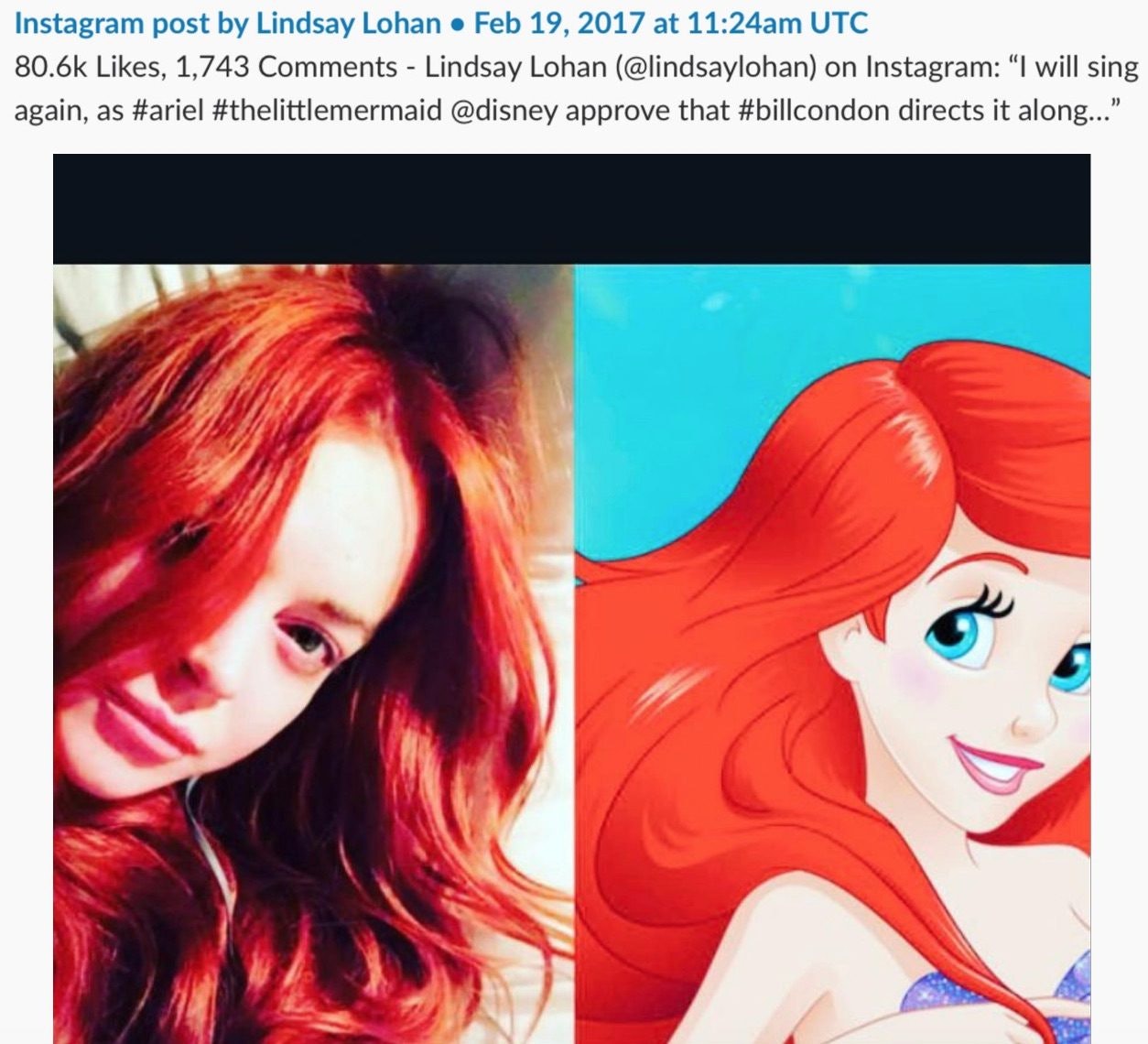 But it didn’t matter, LiLo was interested in the role of Ariel and her fans knew it.

Now, one component of her wishes has spoken about it. Director Bill Condon during an interview was asked about Lohan’s popular post. He responded with:

“I know! It was sweet, it was very sweet of her. I hope she gets to make that movie. I feel like I was so lucky in getting this crown jewel (Beauty and the Beast), but I’ll go see her in The Little Mermaid, absolutely.”

Disney has not responded to Lohan, nor have they commented on the post.

The live-action version of the The Little Mermaid has not been officially announced, but last summer, Hamilton creator Lin-Manuel Miranda told Vulture he was in early talks to be involved in the film in some way.

So, what do you think?
Lindsay Lohan as Ariel. YAY or NAY?