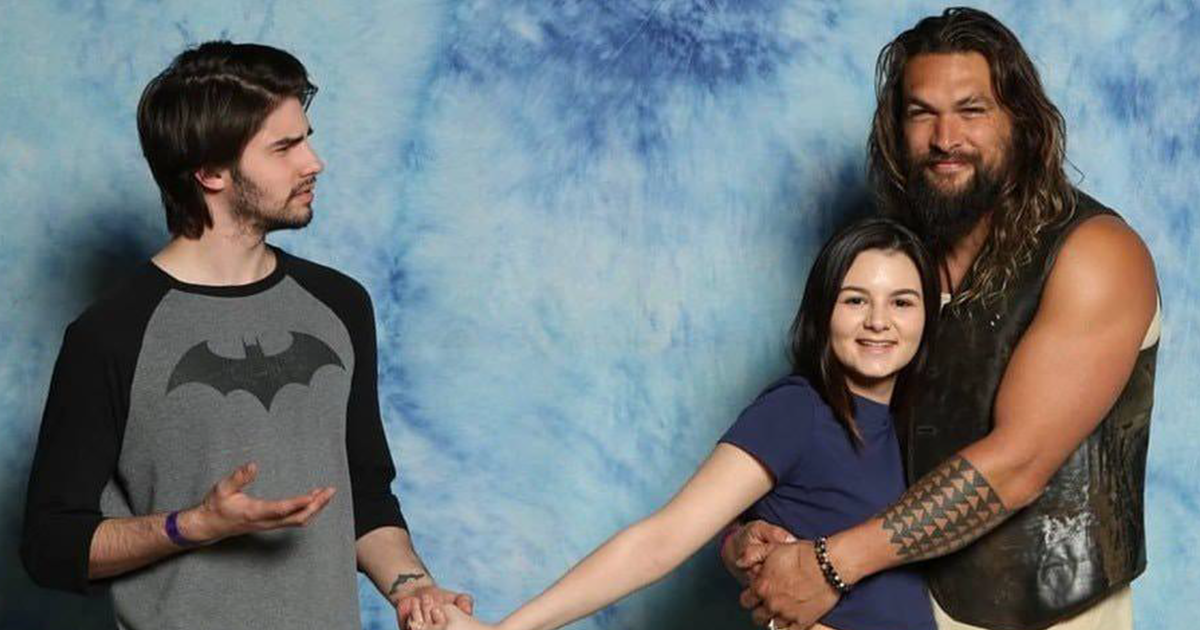 As evident by the way he trolls his fans and his co-stars. To top that off, he is incredibly good looking, so who can blame his many female fans who want to take a picture with him?

But as you can imagine, the partners of these female fans are not too happy about that. (Okay, That is a complete lie since they themsleves ask to be photographed this way.) But these images sure are hilarious either way.

It all started when a woman at Comic con wanted to take a picture with Jason Momoa.

It’s true that I did kind of want to have my own picture (really, who can blame me?), but in reality, the only thing my husband “wasn’t comfortable with” was actually just the idea of us spending that much money on a picture if he wasn’t going to be in it, so he decided to make the most of it.

He handled it expertly: “Will you do prom pose with my wife while I stand photoshopping distance away?”“Hell yeah!” was Momoa’s immediate response. Before I knew it, the camera flashed, and everyone in the booth around us was laughing. As we were shuffled toward the exit, I heard Momoa call out, “My man – that’s going to be the best one!”

Who can ever hate this face?

Truth be told, I was not a big fan of Aquaman but that was before I realized Jason Momoa was going to be starring in it.

And he is a great dad to his children.

However, as you can see, he also loves to troll his co-stars.

#1 “I Told My Husband I Wanted A Picture Alone With Jason Momoa, But He Wasn’t Comfortable With That.” 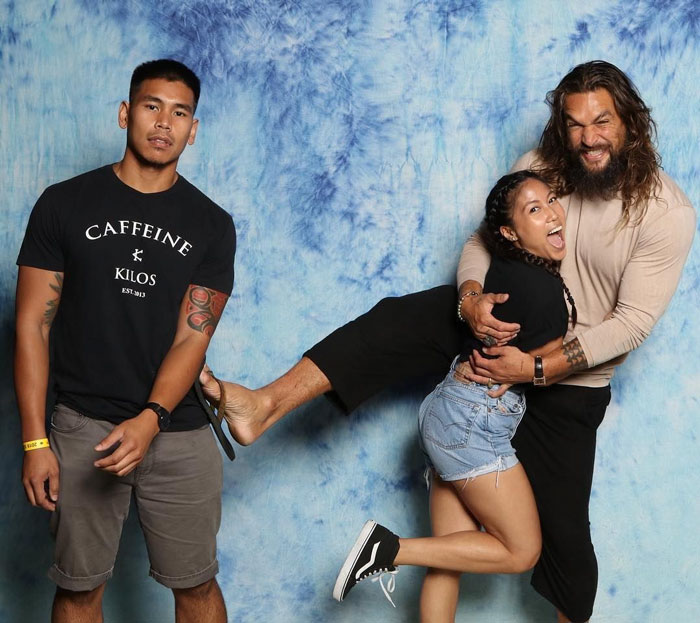 #3 “If This Is What It Takes For My Girl To Stray From Me… I Think I’m Doing Pretty Well.” 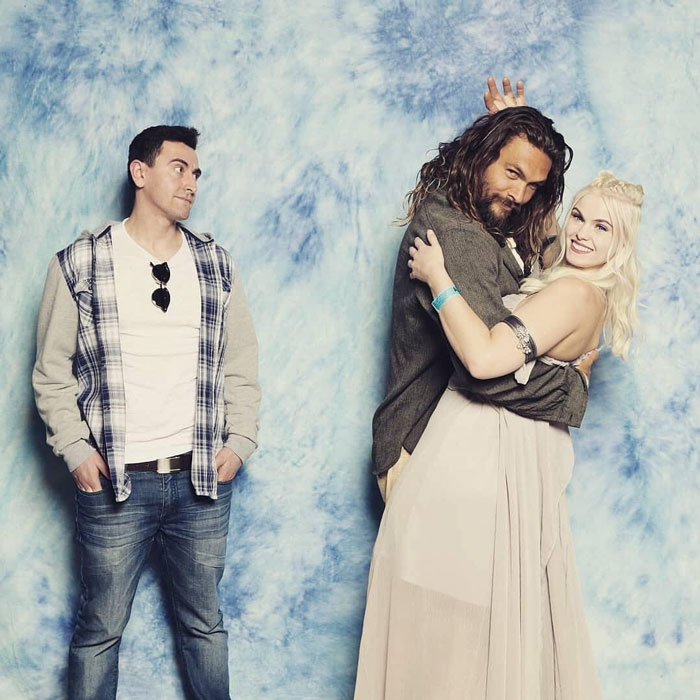 #4 “I’ve Fancied Women My Entire Life But This Dude Makes Me Doubt My Orientation.” 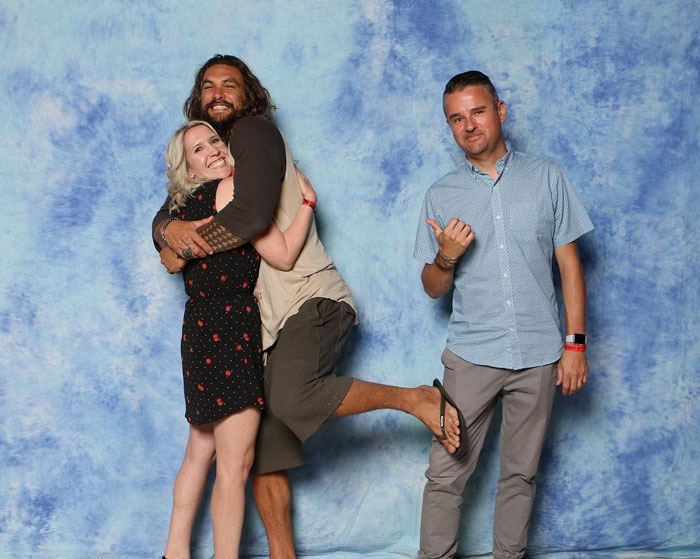 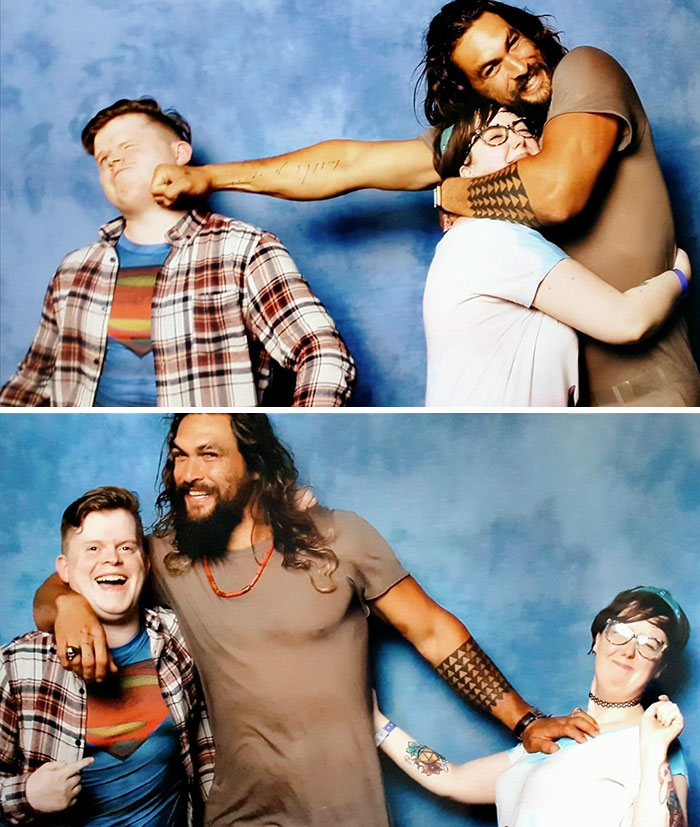 #6 “In Light Of The Recent Aquaman News, Here’s A Photo Of My Girlfriend And I Meeting Jason At Calgary Expo This Year.” 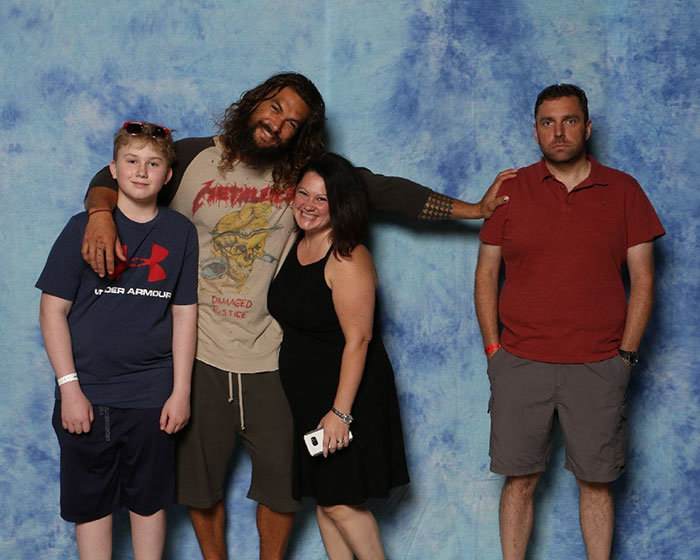 #9 This Might Be The Happiest Woman In The World. 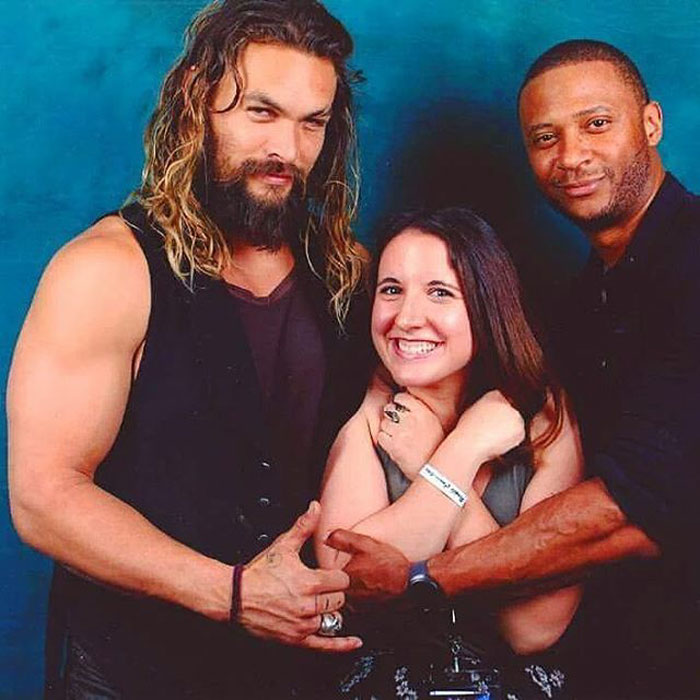 #11 I Wasn’t Aware The Pink Sock Was Going To Be This Long.

#13 “Jason Momoa Ty For Making Me Laugh And For Being You.”

What would you do if you got the chance to take a picture with Jason Momoa? Comment down below and let us know.