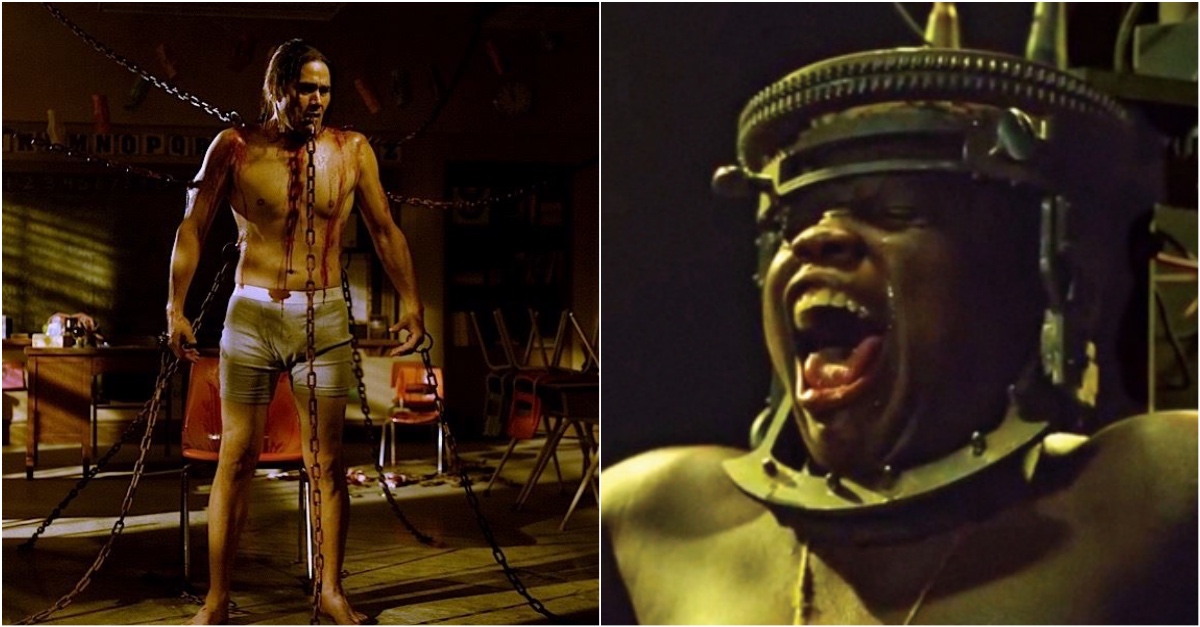 A lot of hard work goes into filming violent scenes.

I mean we all know that making movies is not an easy thing but I think shooting a violent scene might be hardest of them all. Since if it is especially bloody, a lot of CGI and makeup is required.

And as we all know the Saw movie series is just one violent and gruesome death after another. So you can imagine how hard that might be for all the people involved including the actors.

That is why 4 of the Saw actors recall their horrifying death in their respective movie. Scroll on below and read their thought.

I was on the rack for five days, screaming my head off. It was not nearly as uncomfortable as one would assume — it was actually very pleasant.

I was not hampered in any way. It was actually very comfortable, believe it or not. The leg strap didn’t bother me. The arm strap wasn’t chafing my skin.

The experience was probably the most fun that I’ve had on set. But I had to make everybody think it was the most agonizing shit ever.

When we were doing the post-arm-breaking shots, they would put on a prosthetic and we would augment my arm as though it had been broken.

We also made a prosthetic for when my shinbone breaks, too. It was reusable. So that bone could pop out, and then we could pop it back in and shoot again.

It was pretty cool. But Jesus Christ, I’m not Daniel Day-Lewis. Method actors. They go too far.

For the arm stuff, what we would do was I would rotate it off-center so it would look as though I had twisted my own arms, almost with my shoulders, my deltoids facing you.

It would give us extra leeway to create the appearance that my arm had been in the gears turning. All shots pre-breaking were done without prosthetics, of course.

There was no CGI involved. François [Dagenais] and Damon [Bishop] were my makeup artists, and we had a good three-and-a-half-hour session with both those guys.

The chains themselves were made out of a heavy plastic. Then they’d dress them up to look rusty and rusted and gnarly and icky and old, and they’d put like a large bandage-size layer of latex, I assume, and they glued that to me.

The chin one looked like a loop that was a C. They would attach one end of the C to the bottom of my chin, and the other part I would pull over and put under my tongue.

They wrapped that piece with some soft rubber to try to make it more comfortable. It wasn’t bad. I didn’t end up with this big gash under my tongue or anything.

We’d do it in a very controlled manner so we’d get the shots we wanted and don’t have to reset as much. Each time, they would dress it up with a little more blood, depending on the situation.

Once you rip, of course, there’s going to be more blood, so then the makeup guys would come back on [and] add a little more of that kind of blood, which is less runny, stays in place better.

All that prop blood they use is syrup-based, so it just tastes like sweet corn syrup.

It gets annoying, and it makes you salivate, of course, because it’s sugar and stuff, so that’s why if you look at pictures, you’ll see my chest, by the end of the scene, is just drenched in blood.

It took three takes. The first take, when [actor Erik Knudsen] cut my neck the first time, I just fell back. The second take, when I grabbed him, they kept that one because I was really going after him.

I was going after him, and instead of me stumbling, when he cut me, I just kept going at him, and I grabbed his shirt just to show some force. I was so lethargic, I had to move slowly, because of the toxic fumes.

That’s when he picks up the hacksaw. But when he cuts the neck, then boom!

Of course, the minute someone cuts your vocal cord, you’re going to be gasping for air, so I used enough of my strength to try to grab him, but I didn’t, so … I just fell back.

One time I had to call my wife, and I was full of blood and they were shooting a movie, a musical next door with Antonio Banderas, in this warehouse, so I walked away to the other side.

Because I didn’t want to disturb anyone while I was making the call, but I couldn’t clean up because we still had to shoot.

I had blood [on me] from top to bottom because my throat had just been slashed, and I shocked all these young kids, these teenagers. They all looked at me where I walked to make the call — “Oh my God, oh my God!” [Laughs.] Like they just saw a dead man walking.

Originally, the role I was offered was Jigsaw. Which, as you know, in the first script, really did not have a whole lot to do, so I kind of said no, which was probably a mistake! [Laughs.] I told Tobin Bell that once, and he was like, “Were you, really?”

I thought it was kind of cool, having all that blood and guts and rigor mortis and all that. As the makeup guys put the stuff on, you just get more and more into it.

We did one shot where the guy gets pulled and his guts fall out, but they thought it would be too graphic.

Even though some of the actual barbs were made of rubber, there was some wire in there, too. I did get a lot of superficial cuts when I was filming, because the whole escape scene where I am trying to get out.

I had to grab the wire and weave my way through it. There were real cuts. The set medic was like, “Hey, are you okay?” and I was like, “This is cool. This will help it look real.”

The deep cellar we were shooting in, in that crawlspace, it got to be a little cold down there. You actually had to crawl down a ladder to get into that space.

Then it took about 15–20 minutes to get into the razor wire, because it was like a maze within a maze.

They put an apple box in there and kept feeding me water, like I was a chimp at the zoo! They had to put a banana through the razors so I could have something to eat while we were sitting there.

I lost track of time. I know we were in there all day, but I was in the makeup chair probably two or three hours before that, and then we did four or five takes from each camera angle, just to get that 18 or 19 seconds of panic.

It probably took three hours to get the panic.