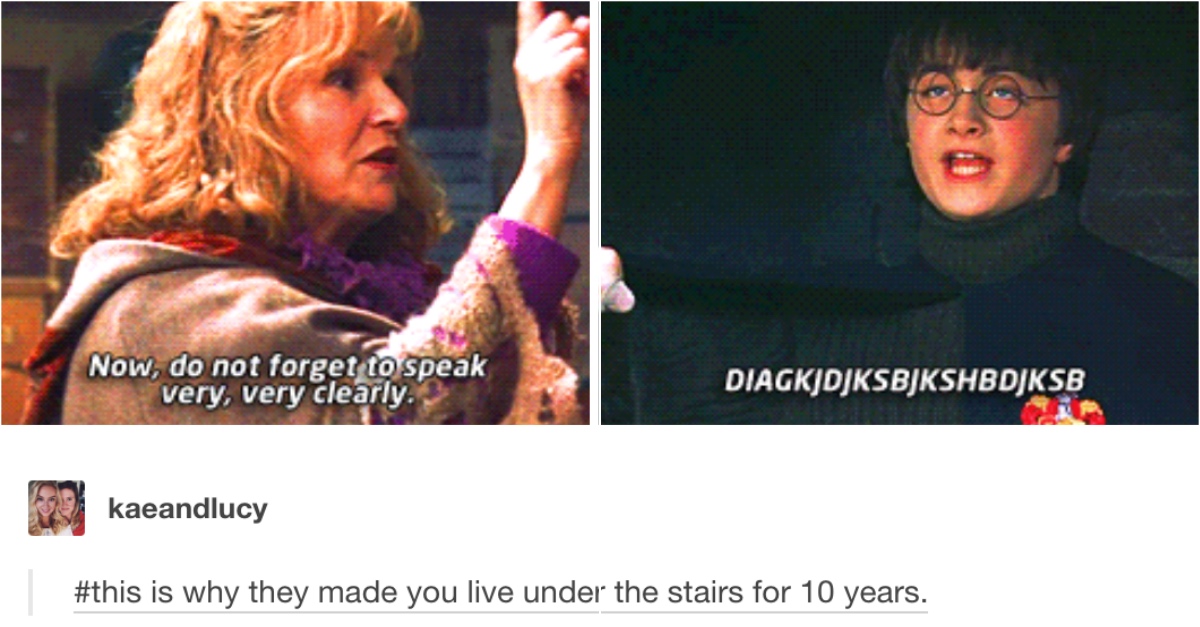 Sadly, Harry Potter is not perfect.

It has recently come to my attention that he is actually far from it. Seems like watching the movies through nostalgia goggles really made me oblivious. To put it mildly, he has made some pretty dumb decisions.

So it is a surprise that he was actually able to defeat the one who shall not be named. However, there would have been a lot less deaths of his close ones if he just would have used his mind. Then again who actually studies at Hogwarts?

Harry Potter wakes up in hospital. "Welcome back. You've been in a coma for 8 years" says the doctor. "You ran face first into a wall lmao"

#2 Well, with a name like that he certainly is.

DUMBLEDORE: Now, give a warm welcome to our new Defense Against the Dark Arts professor, Lucifer Serpentine
HARRY: I bet this dude is great

#3 I am quite sure she is in at least one of them.

#4 Cooking is a lot more harder than it looks. 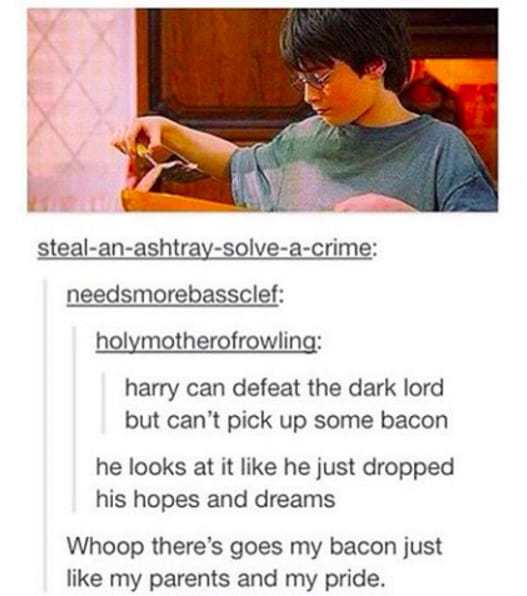 #5 He knows that already.

[harry potter pulled over drunk driving]
HARRY: expecto patronum. pretend u were driving
[stag gets behind the wheel]
STAG: u have a problem

#6 That is just bloody obvious. 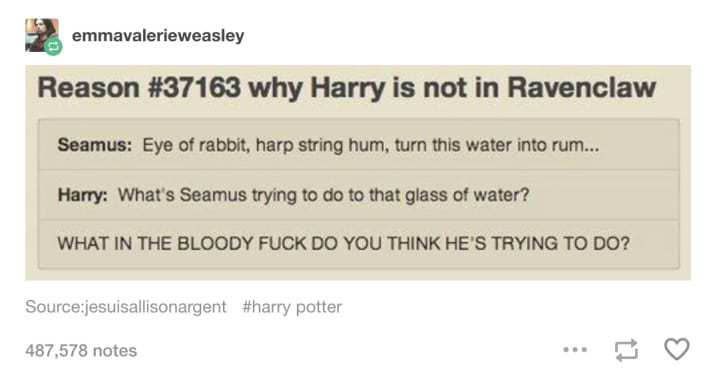 #7 You forgot the 4th one ‘Being a believable couple’.

#8 That is quite an appropriate response though. 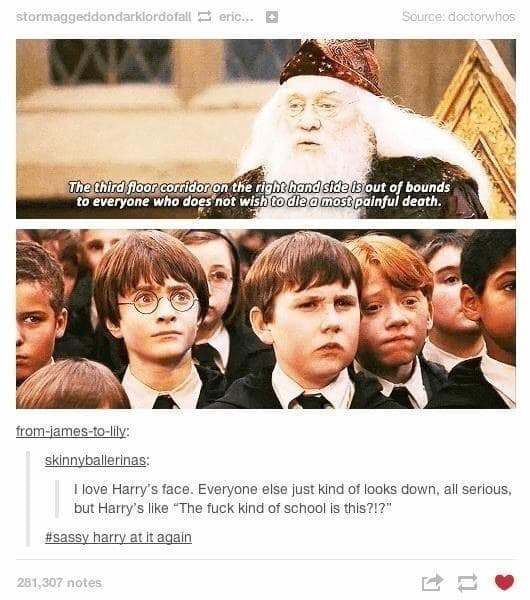 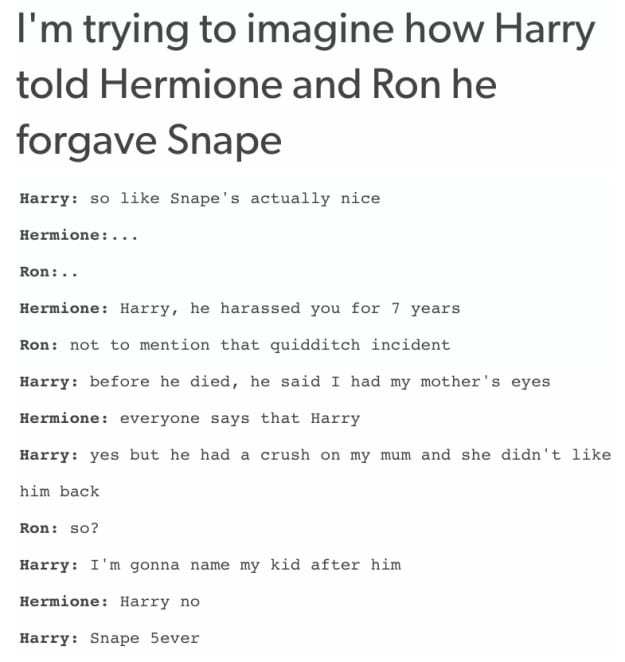 #10 Because that elf has been so helpful before right? 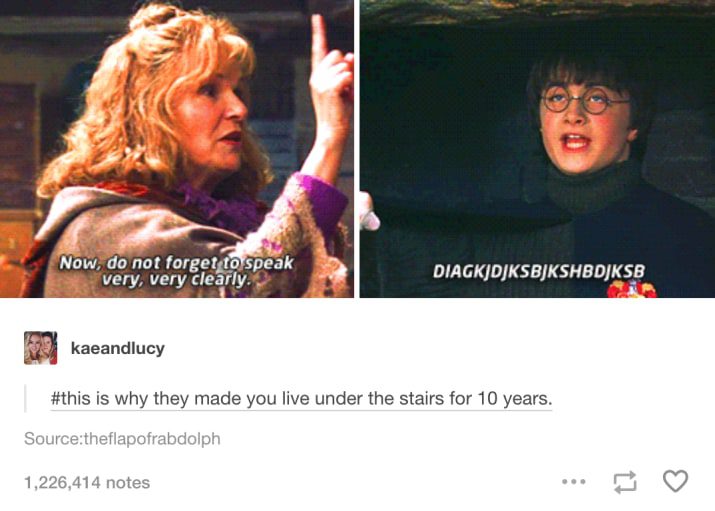 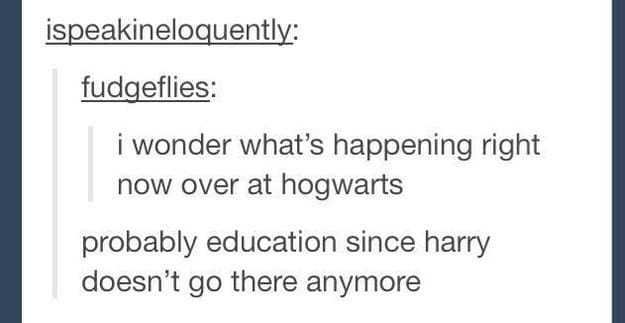 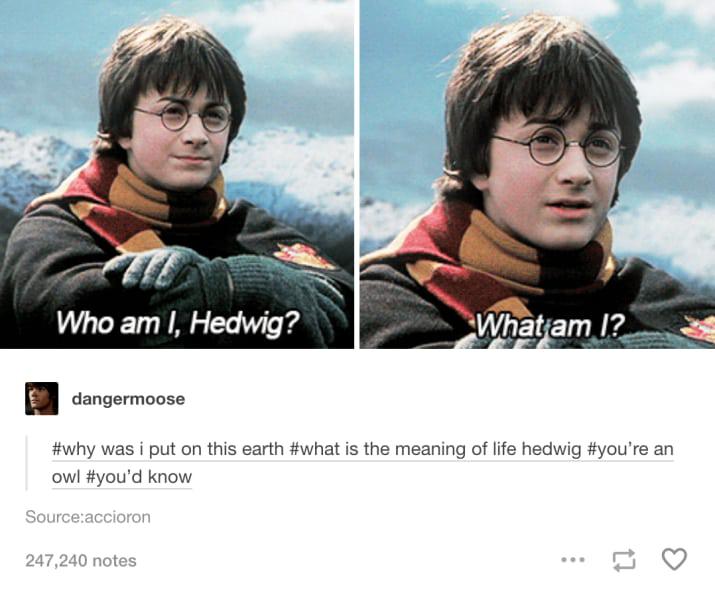 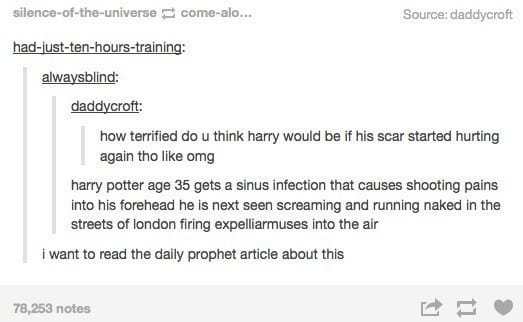 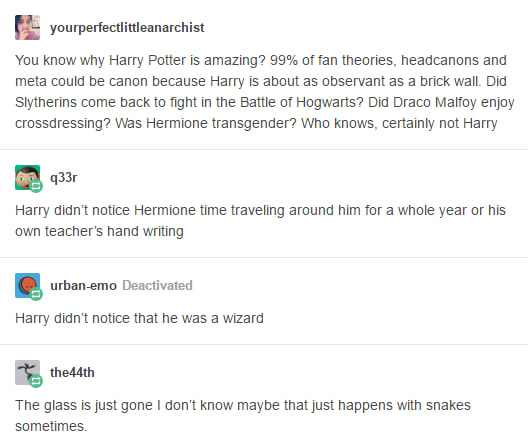 #18 Are we sure he didn’t use some kind of magic to be a good seeker? 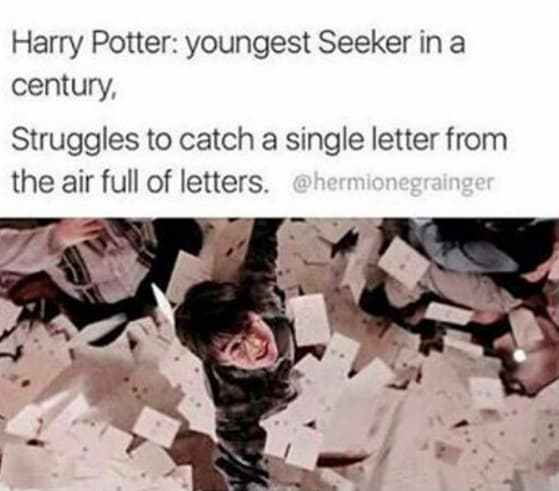 #19 Because bending is so hard… 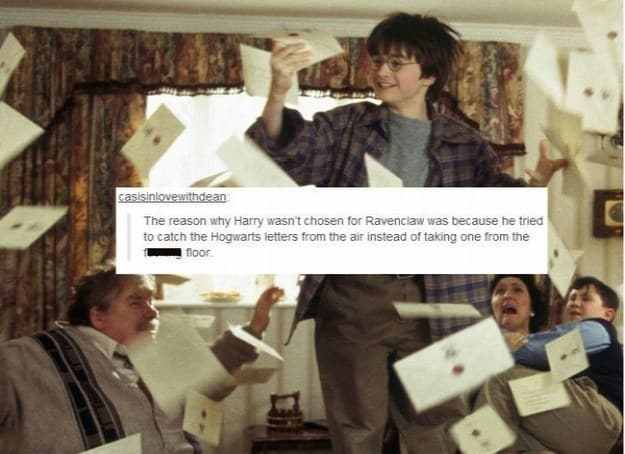 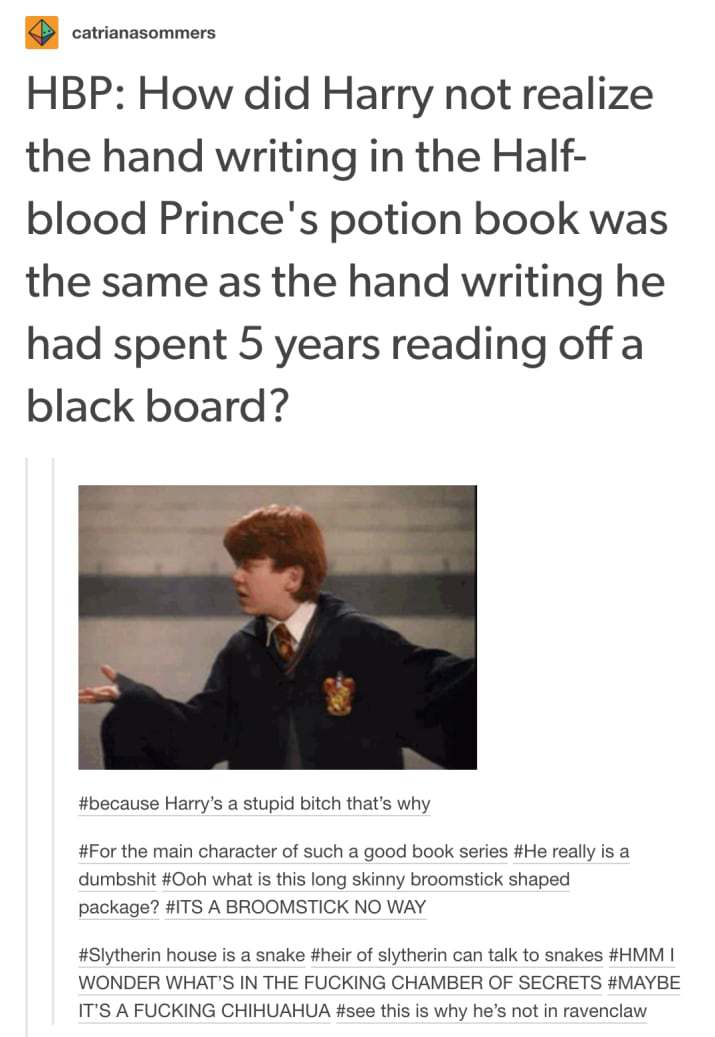 #21 Oh how the tides have changed. 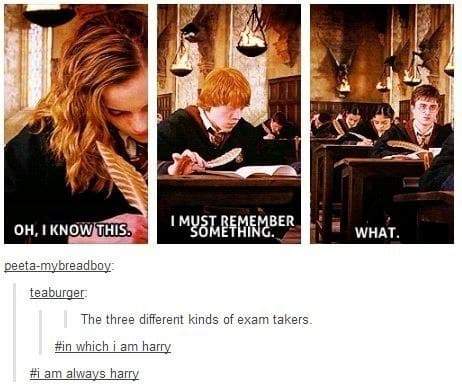 #23 He should have listened to Dobby.

Every year Harry Potter goes to school and somebody tries to kill me. Bro stay home 1 year, take a break, kick your shoes off,watch Netflix.

#24 Because glasses are so in.

Don't worry if you peaked in high school. So did Harry Potter

#26 Because they had to propel the story forward some how.

Don't worry if you peaked in high school. So did Harry Potter