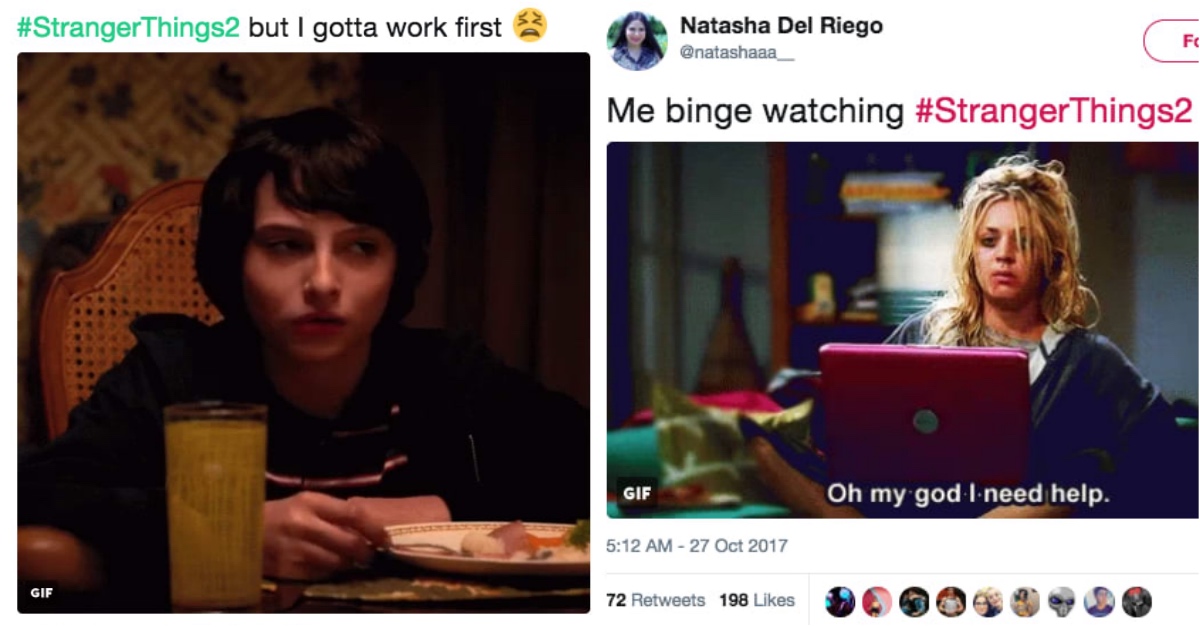 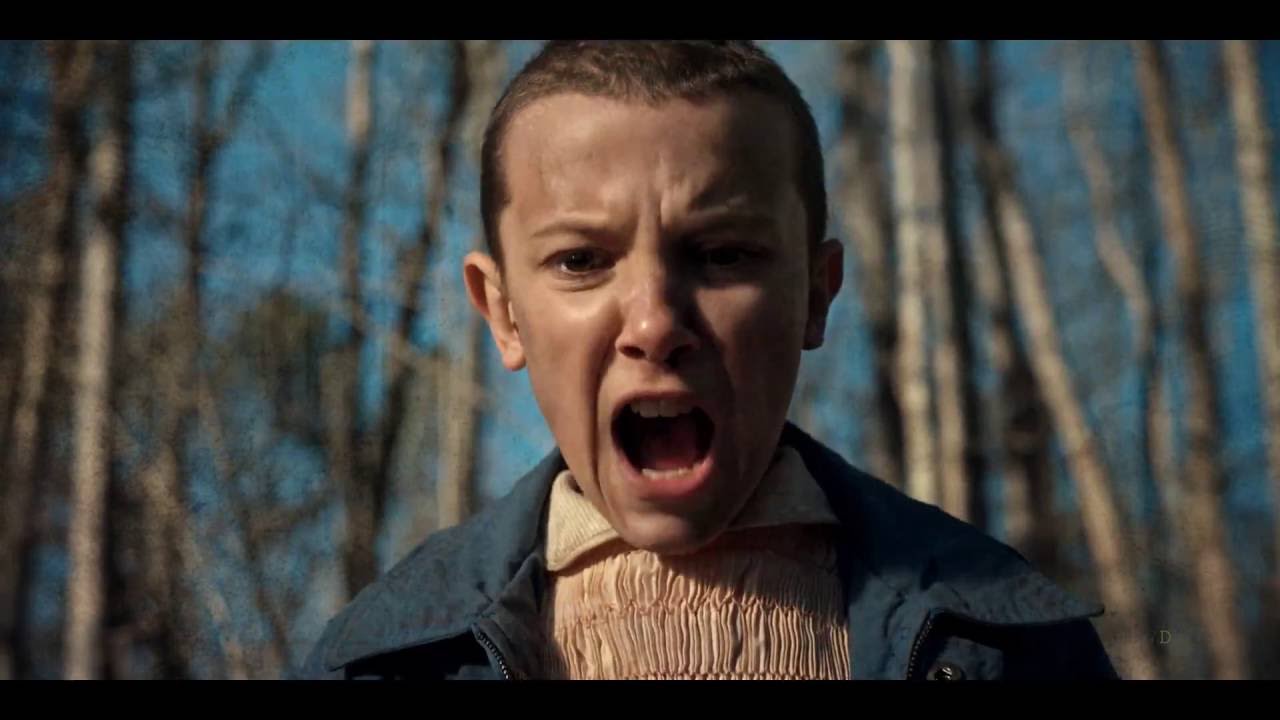 Holy Netflix! Stranger Things Season 2 is already here and we just can’t stop ourselves from watching the entire season in one go.

But apparently, we’re not the only ones who are either hyperventilating about how awesome it has turned out to be, how great it is to see our favorite characters back in Hawking or are just plain sad that we can’t, maybe, you know, watch it all at once, because LIFE! (Damn!)

So, give you a better idea of how people are taking the new go-around at the doomed town, we’ve compiled a completely SPOILER-FREE list of reactions.

These are some of the funniest reactions we’ve seen this year. 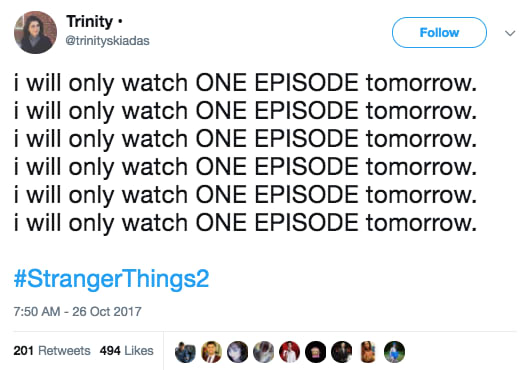 mom: you can’t watch the second season of Stranger Things in one day
me: …
??? #StrangerThings2 pic.twitter.com/8tHKgQ9MV3

This Joy of Arrival! 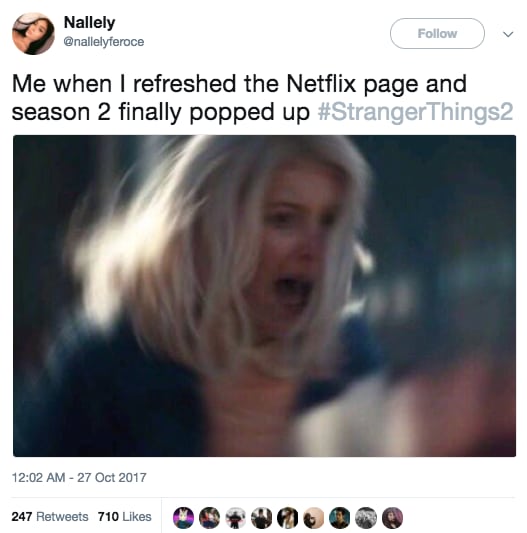 When it’s time for #StrangerThings pic.twitter.com/D0vXBPvCNV 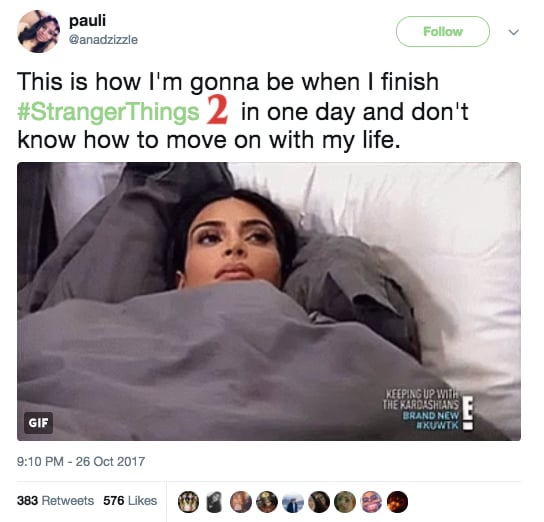 This Flaw in Judgement! 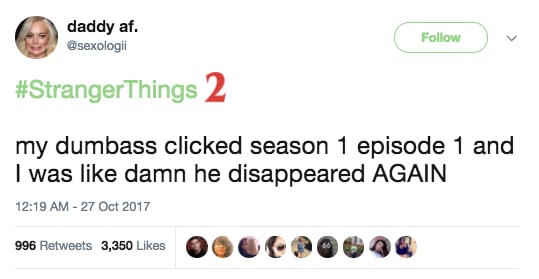 Me when Netflix didn’t drop #StrangerThings2 at midnight! #BringBackBarb pic.twitter.com/dnVGNN1KWV 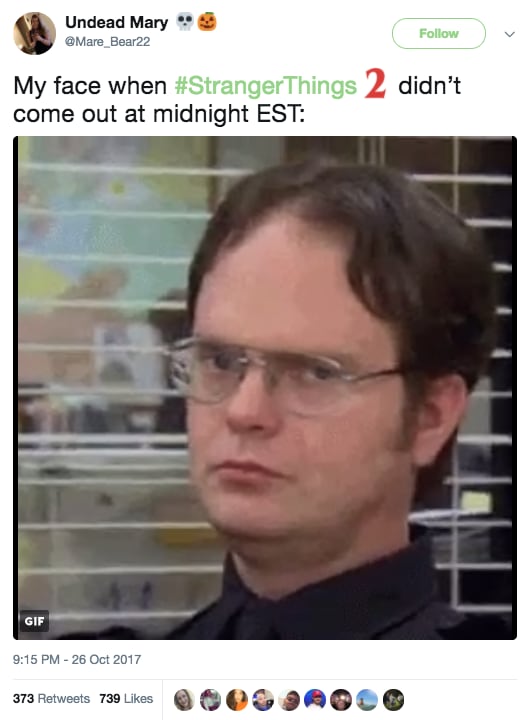 This Fracture in Time! 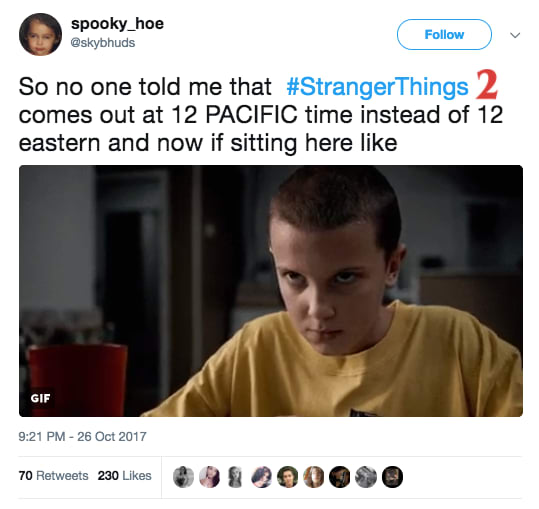 This Realization of Truth! 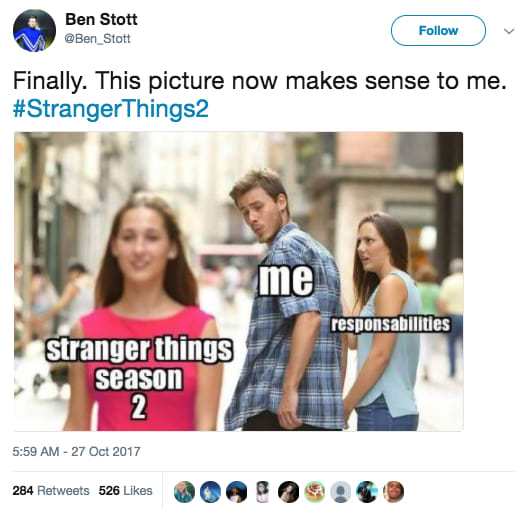 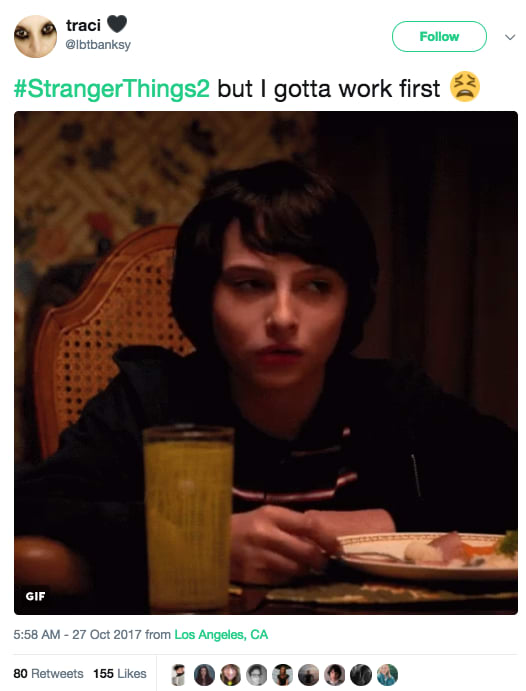 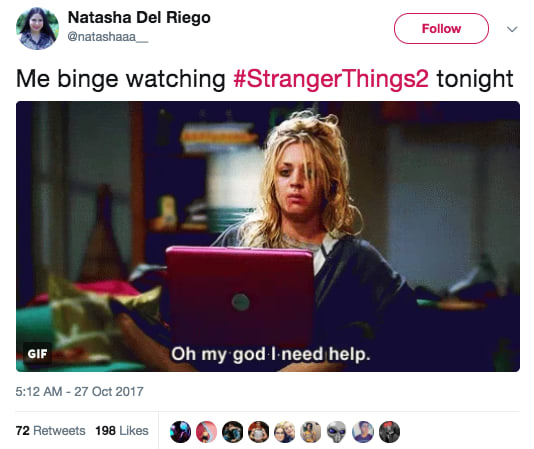 Me when I saw the second season of #strangerthings on Netflix: pic.twitter.com/oyYUTpoUtR 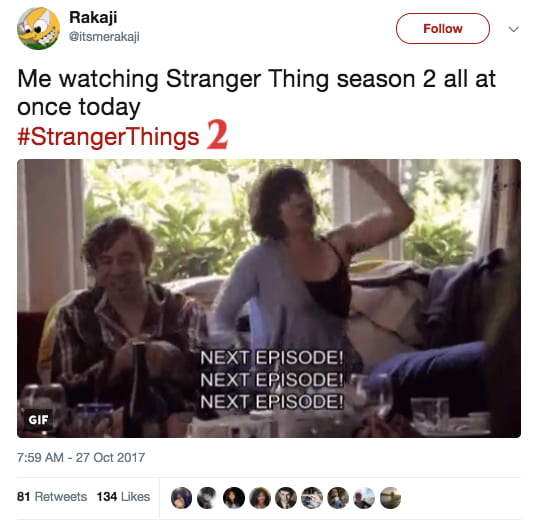 PSA to anyone who decides to spoil #StrangerThings2 pic.twitter.com/YAADJXgbN9

So, what’s up with you? Planning to catch up on Season 2 or are you actually in the state like the people above? Let us know in the comments section!