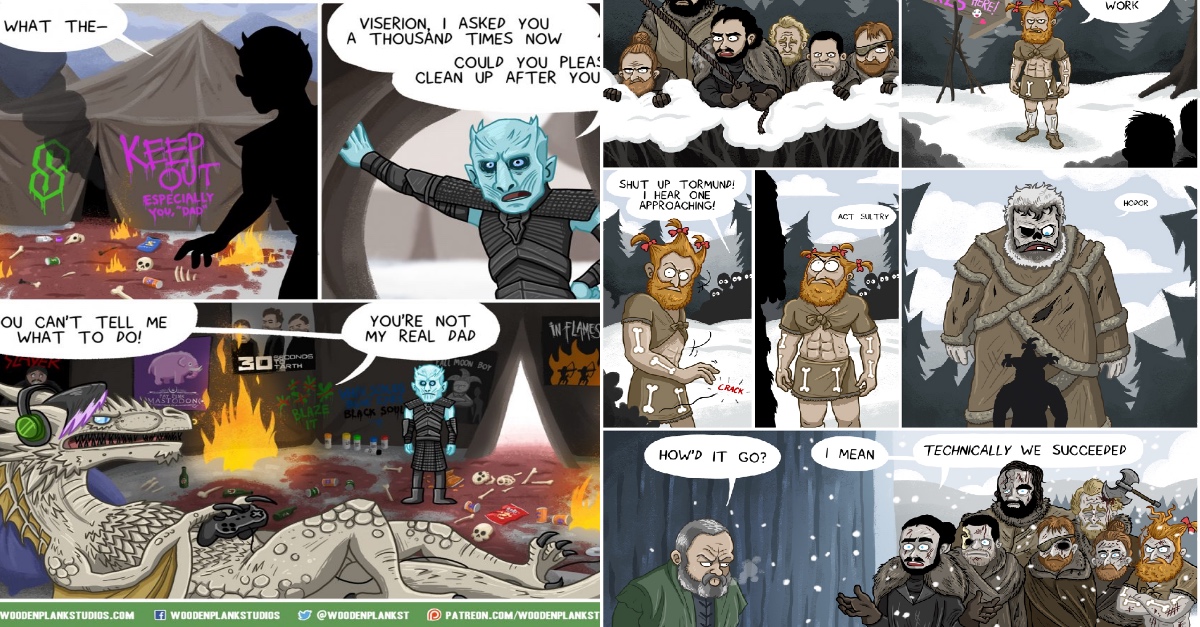 Sadly, the 7th season of GOT is over, but thankfully the internet is still swarming with all things GOT. This is the case of Wooden Plank Studios, a small entertainment studio located in Utrecht, The Netherlands.

This team made up of two people (Christiaan Albers, Lead Developer and Abel Hagen, Creative Director) has been dedicated to summarize the 7th season of GOT in a very creative way, through a comic.

Below the 7 comics created by these great web entertainers.

Remember that in the episode 1 Ed Sheeran’s cameo left us all impressed?

Why not hype on Daenerys strategy table?

Another way to see the Davos company, with whom Jon Snow arrived on the shores of Dragonstone

Daenerys mounting her dragon was one of the representative images of this episode.

Capturing a White Walker was the aim of this episode, to make sure Cersei comes to reason, remember?

A single father of Viserion, cannot be forgotten.

What is the best comic for you? The comics are a pretty hilarious way of seeing this 7th GOT season through the eyes of Christian and Abel from Wooden Plank Studios.

Check out their website and the comics they publish every Wednesday: http://woodenplankstudios.com/