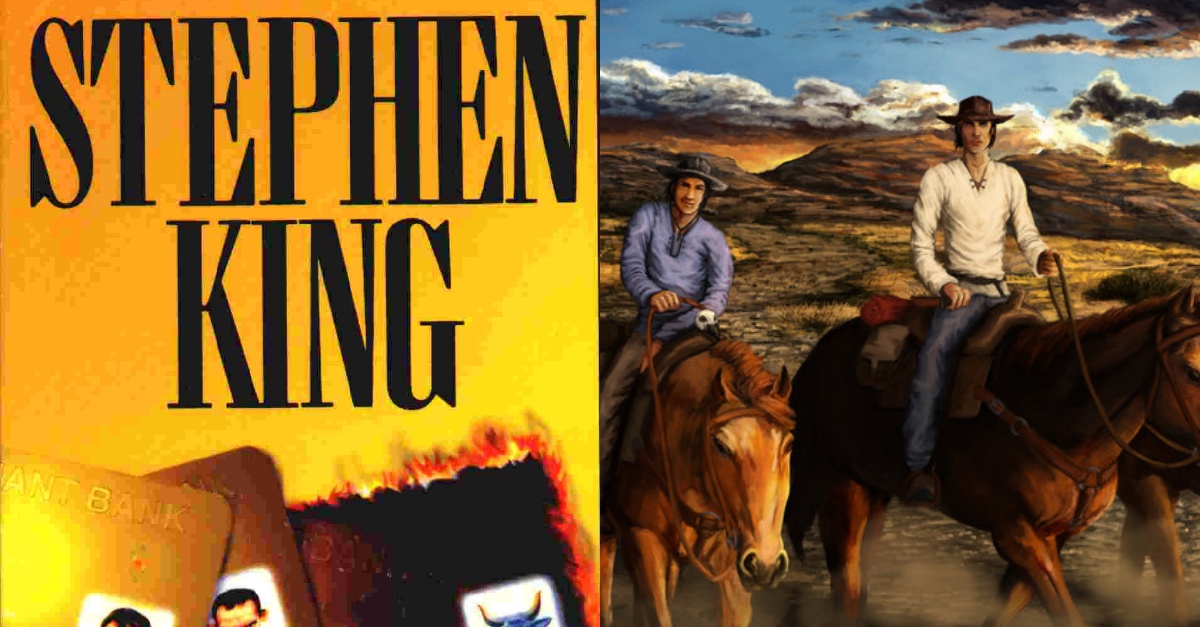 As we said, Stephen King’s books not only house monsters, but we can also find in them great heroes, the characters that keep monsters at bay. Next 5 of the most fantastic.

This is possibly the most human of all King’s heroes. He is a retired cop who may not have special powers or great strength, but he has a encourage that is worth much more than that.

Bill has a heart disease, a big belly and a big heart, he is a man with an incredible human quality. He is an unglamorous man who does not let any of his conditions stop him from preventing evil from overtaking.

Bill Hodges inspires many people to catch a murderer who is ready to destroy even more lives.

2. Roland and his Ka-tet, from the series ‘Dark Tower’

Roland Deschain and his Ka-tet composed by Susannah Dean, Jake Chamber, Eddie Dean and Billy Bumbler is another of King’s heroes, who stand on this list as one because all of them are one.

Roland leads his group of Gunslingers, whose goal is to find the Dark Tower. To this we must add that all of them are also fighting their own personal battles, such as drug and disability, among others.

Rose Daniels is the brave heroine of Rose Madder, who faces many challenges. Rose is a woman who suffers at the hands of her abusive husband, and one day, after detecting an old blood stain on her sheets, she decides she had enough and begins a struggle to make pay her abusive for the wrong that  he has done.

At the end of The Shining, all of King’s fans know for certain that Danny Torrance is safe, that his father, Jack Torrance, is dead, and the Overlook Hotel has been destroyed. However, it is worth wondering how this child will grow up having had such a murky childhood. And, if we go a few years after, we can see in Doctor Sleep that Danny drowns in alcohol .

However, what makes him a hero is the fact that, despite all that overwhelms him, he does not allow the darkness to overcome him, while at the same time, with his gifts, he seeks to help the most needy.

Nick, one of King’s heroes on The Stand, shows that courage and heroism come in many forms. It is a deaf-mute who has the responsibility of building a new civilization, thus becoming more than a family for all.

After dying, the spirit of Nick returns, being able to speak and giving instructions on how to save the one who was the leader of the group then.

You know more heroes of the universe of Stephen King?, share them with us.