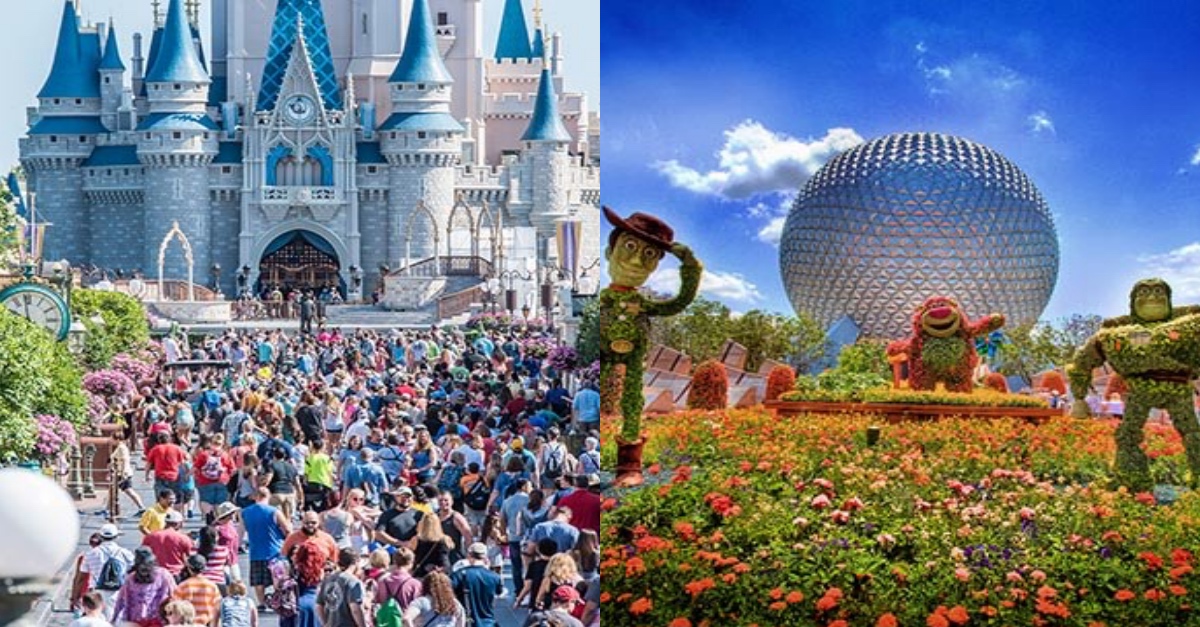 If Mr. Walt Disney was alive today, his eyes would gleam at the massive growth Disneyland has gone through over the years. In 2014, park experts estimated 52,964 came to the Disney World Resort a day and 44,000 went to Disneyland resorts. With almost 100,000 people in attendance per day, Disney has to keep up and maintain all the amazing resorts for each guests staying and with that, comes some pretty amazing facts for the Disney World Resort:

If you wanted a different room every night when staying at the resort (and who wouldn’t? Each one can be magically different.) it would take over 68 years to be able to do it. If you haven’t figured out the math for that yet, it would mean the resort has over 30,000 rooms to host its guests coming into the park.

Let’s combine the capacity of all Disney World Resorts just for fun. With all those resorts ready to house guests, Disney World will be able to accommodate 160,000 guests on its own! That’s just what Disney World themselves can do: The Resort hosts many chain-resorts on its properties like the Hilton and Four Seasons, which offer over 10,000 more rooms and occupancy for 50,000 more guests.

3. What’s another large number of things that happens at the resorts? Weddings!

Who wouldn’t want to get engaged and/or married at the most magical place on earth? Some people may not want to be surrounded by cartoon characters during their wedding but little do they know the Disney World Resorts offer so many different types of venues. Enjoy the ocean? Maybe take a nice trip to the Yacht and Beach Club, or enjoy a sunset background at the Boardwalk Inn. If you are a fan of all things Disney though, you should stay at the Disney’s Wedding Pavilion, which was specifically designed so the couple can get a beautiful view of Cinderella’s castle.

4. Disney still has plenty of room to expand.

Disney World is always expanding, putting in new attractions and maintaining new hotels for the rise in guests per year. Disney has enough room right now to put in 20 more resorts if they need to! That will nearly double their top capacity right now. Speaking of land though, Disney World also has a large amount of land devoted to parks and gardens. How large, you ask? About 4,000 acres, which equals 12% of the park’s space. So if you’re a garden lover and enjoy the outdoors, you’ll love the botanical gardens hosted at the Disney World Resorts as well!

5. What’s more magical than a Disney movie? Sitting under the stars!

So why not both? Disney World Resorts offer a chance to watch your favorite Disney movie outside, under the stars, curling up near the beach and various pools offered by Disney. If you’re visiting the California resort, then you will get a lot of opportunities to be able to view the starlight. Although you can do this at all resort locations, you can hope the rain will let you at Florida!

6. The death of River Country.

If you’re a young Disney fan then you may not know what River Country is, but if your parents went when they were children, then the words will no doubt bring a sense of nostalgia to their ears. The River Country was a huge hit as an older water park in Disney but sadly was shut down. Although shutdown, the land hasn’t been touched, leaving all the old rides to sit there and wear down. The large empty pools sure have a spookiness to them, as many have broken into the area to see the old park! All these images can be found on YouTube of social media.

You may not know what the ‘legendary years’ were or what they were meant to be in Disney World, but if you’ve ever been to the Art of Animation Resort in Disney you have been in the old bones for it. In 2000 construction began on an idea called “Pop Century”, which would have ten new resorts! Each resort would have a theme of a different decade. The booming times of the 1920s in one, the peace-loving times in the 1970s one (now it would surely sell plenty of marijuana if it came to light) or the depressive, gloomy and downright scary times of the 1930s… Just Kidding. Work began in the area of the “legendary years” which would host 4 buildings from 1910-1940. This was to be separate from the other decades, which would be known as the ‘classic years’. Sadly construction stopped after the September 11th attacks, and began again years later, for a new idea called Art of Animation Resorts.

8. All play and no work makes Walt a dull boy.

Disney World isn’t all for fun and games you know! Okay really it is, but Disney prides itself on being a huge venue for hosting various business conventions. Being able to choose from the number of different resorts there, it’s a good option when holding such a large event for bigger companies. It also gives employees a good chance to call out of work “sick”.

The Grand Floridian Resort and Spa is the only resort in the Disney World to host live music 24/7. With a subtle atmosphere and elegant Victorian Decor, you can guess what kind of music they are playing… Rock, right? No, Classical music can be heard throughout the lobby and if you’re hungry, head over to Victoria and Albert’s to eat and listen to Disney’s only full-time harpist.

If you don’t love Mickey Mouse, it’s gonna be hard coming to Disney World. Although you’ll see plenty of other characters, Mickey is the baby of Disney World and has a following like no other. A following to the point that you can find hidden Mickey’s all over the place! Look, a Mickey head on the ground! Oh, there’s one in the bathroom too, and one on the bed sheets… Only a bit awkward, but makes for a fun game!