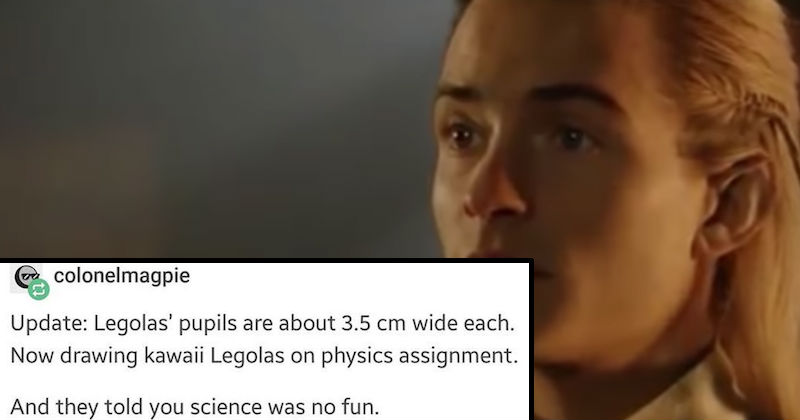 Let’s use Science and have fun!

It doesn’t matter if you are a LOTR fan or not, by the end of this article you will crying from laughter.  A Tumblr user took an excerpt from Volume 2 of ‘The Lord of the Rings’ and applied some science to a claim from its script to figure out if it’s possible in reality.

We are talking about Elves and their extraordinary vision combined with the flat-earth theory.

Though, it’s obvious that fictional characters do not obey the laws of physics, the way this Tumblr user hilariously proved his/her point is worth the time! So, without further ado scroll on below and take a look! 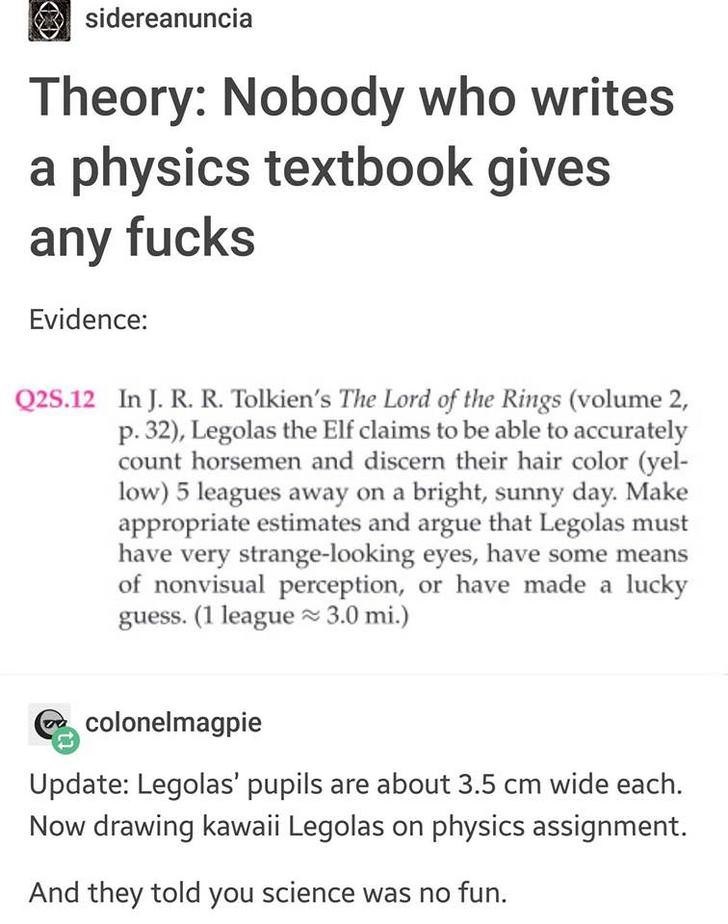 What do you see, Legolas?! 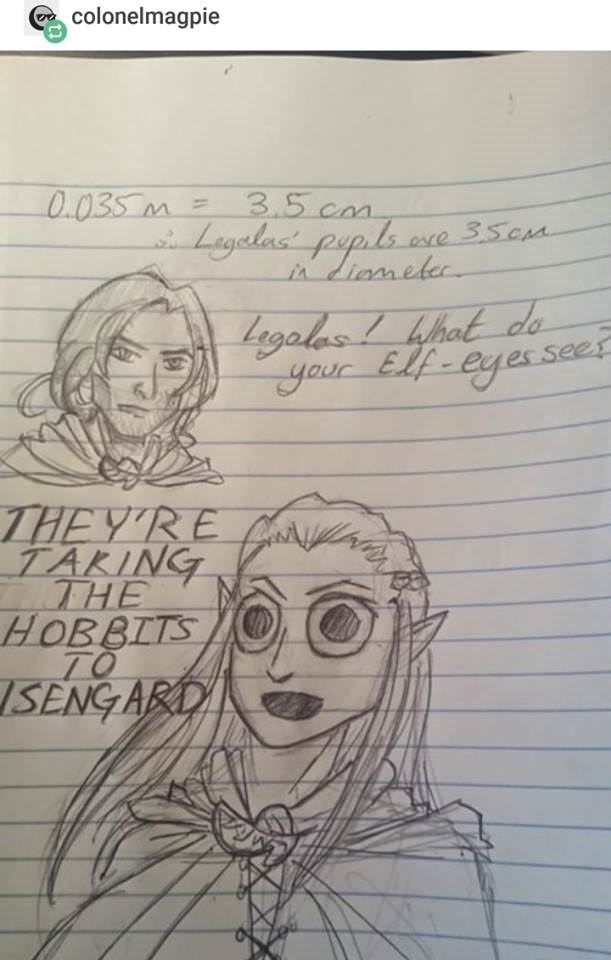 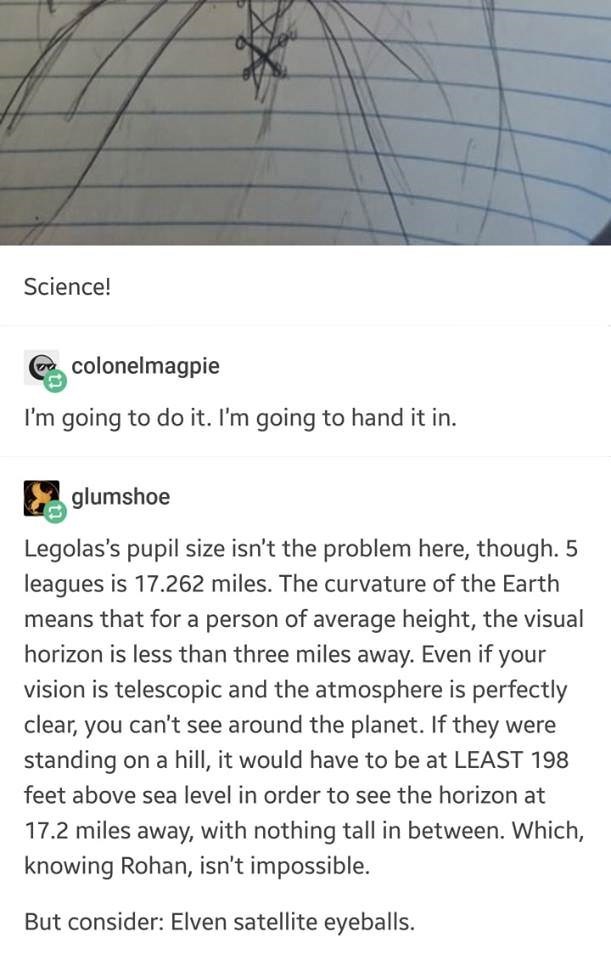 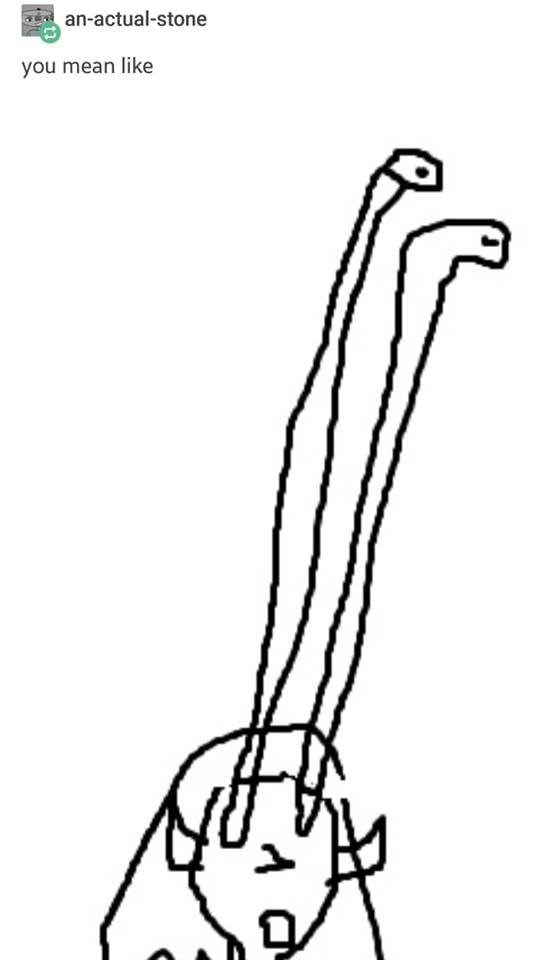 According to some people, there’s no evidence if Middle-earth is similar to actual earth. 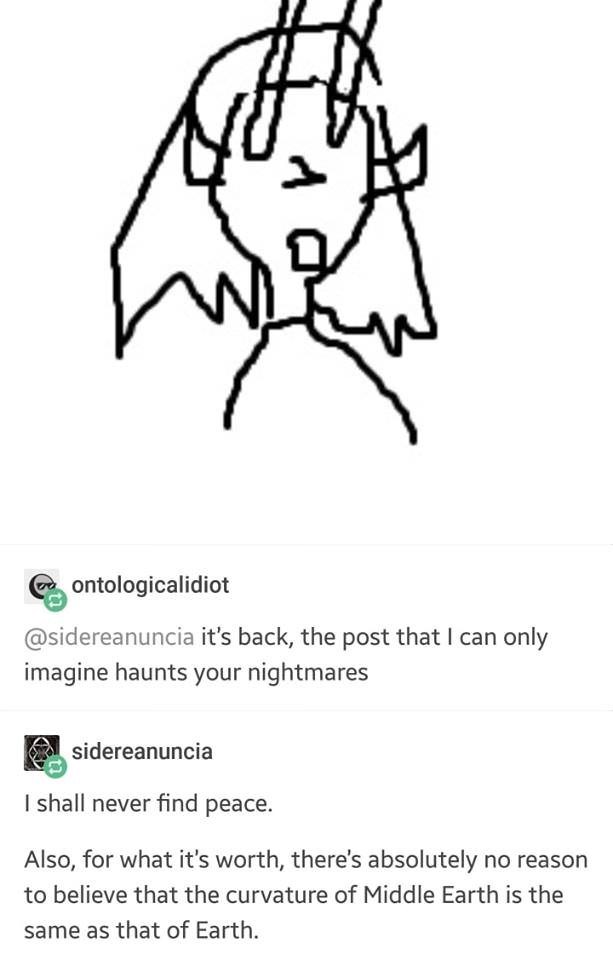 But, in case you didn’t know Elves clearly don’t give a damn about what you or what science thinks. 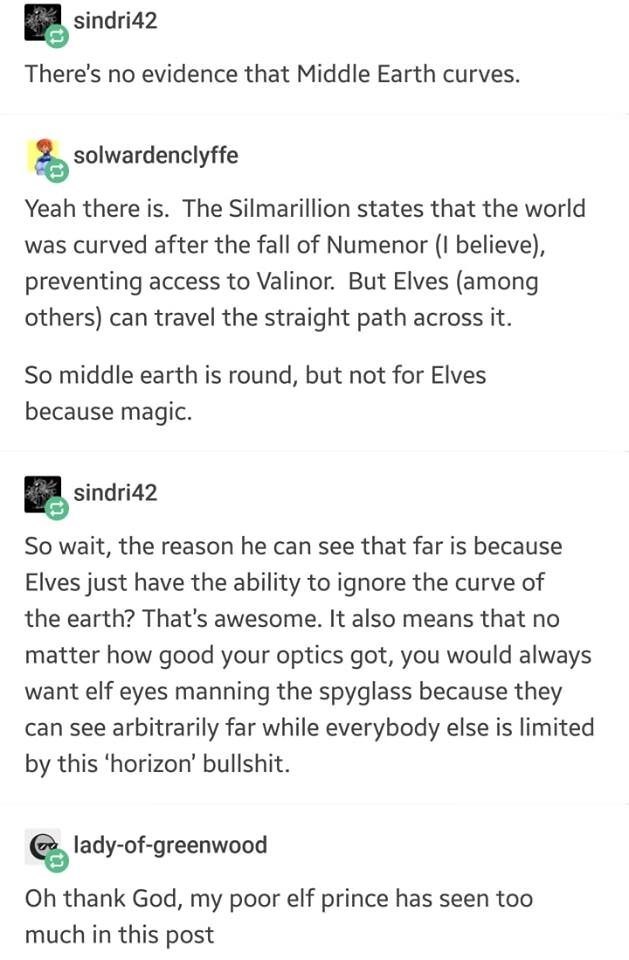 This is too hilarious. 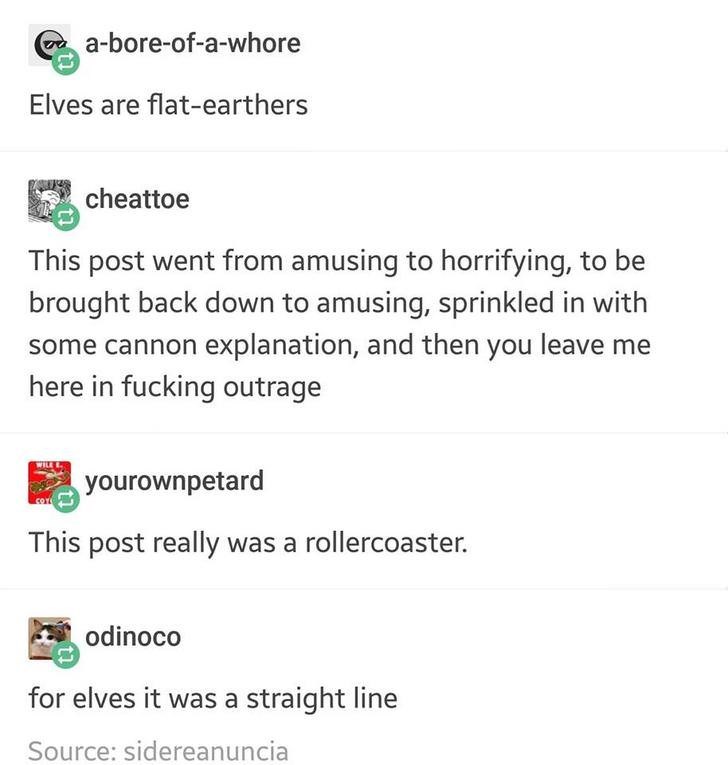 Do you agree with the straight-line logic or do you think Elves have abnormally long eyes?! Comment in the box below and share your views with us!