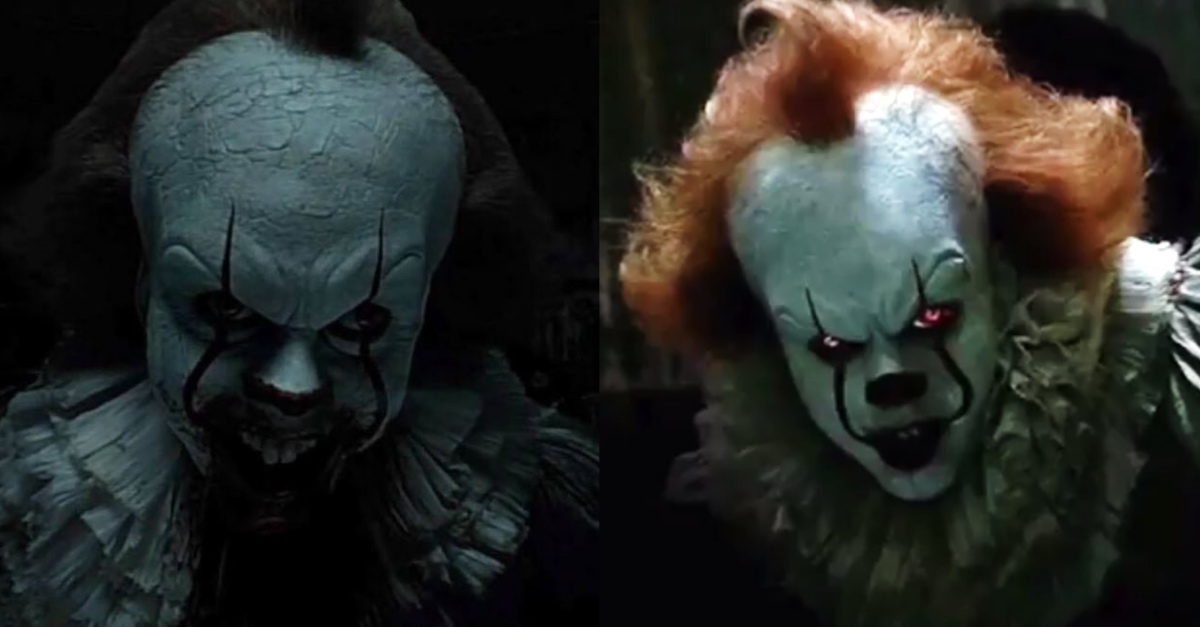 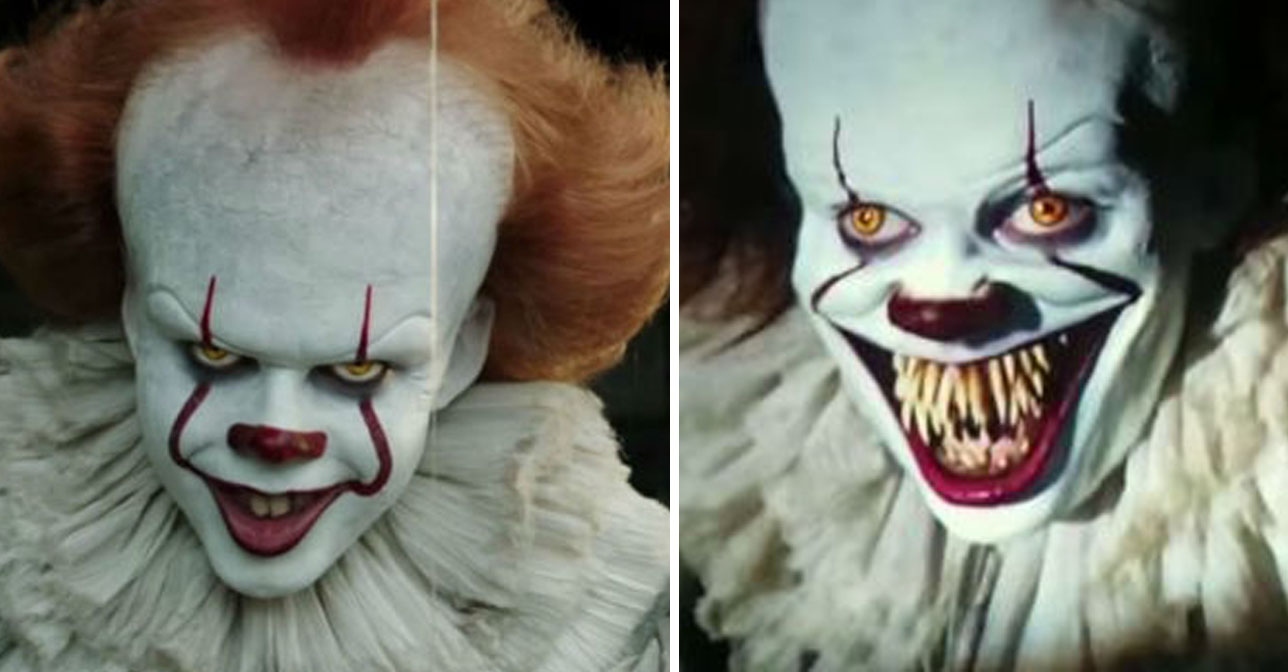 The latest adaptation of a Stephen King book, IT has grossed more than $300 million in the States alone, becoming the highest-grossing horror movie ever. Needless to say, it has proved to be not just a runaway hit with the viewers but also has proven to be a darling with the critics.

Such an achievement has certainly solidified the movie’s status as a truly terrifying one, but it can’t be denied that most of it is down to the film’s iconic villain – Pennywise, The Dancing Clown – who horrified audiences all over the globe with his creepy crimson balloons, jerky dance moves and, most notably, that deadly set of teeth. 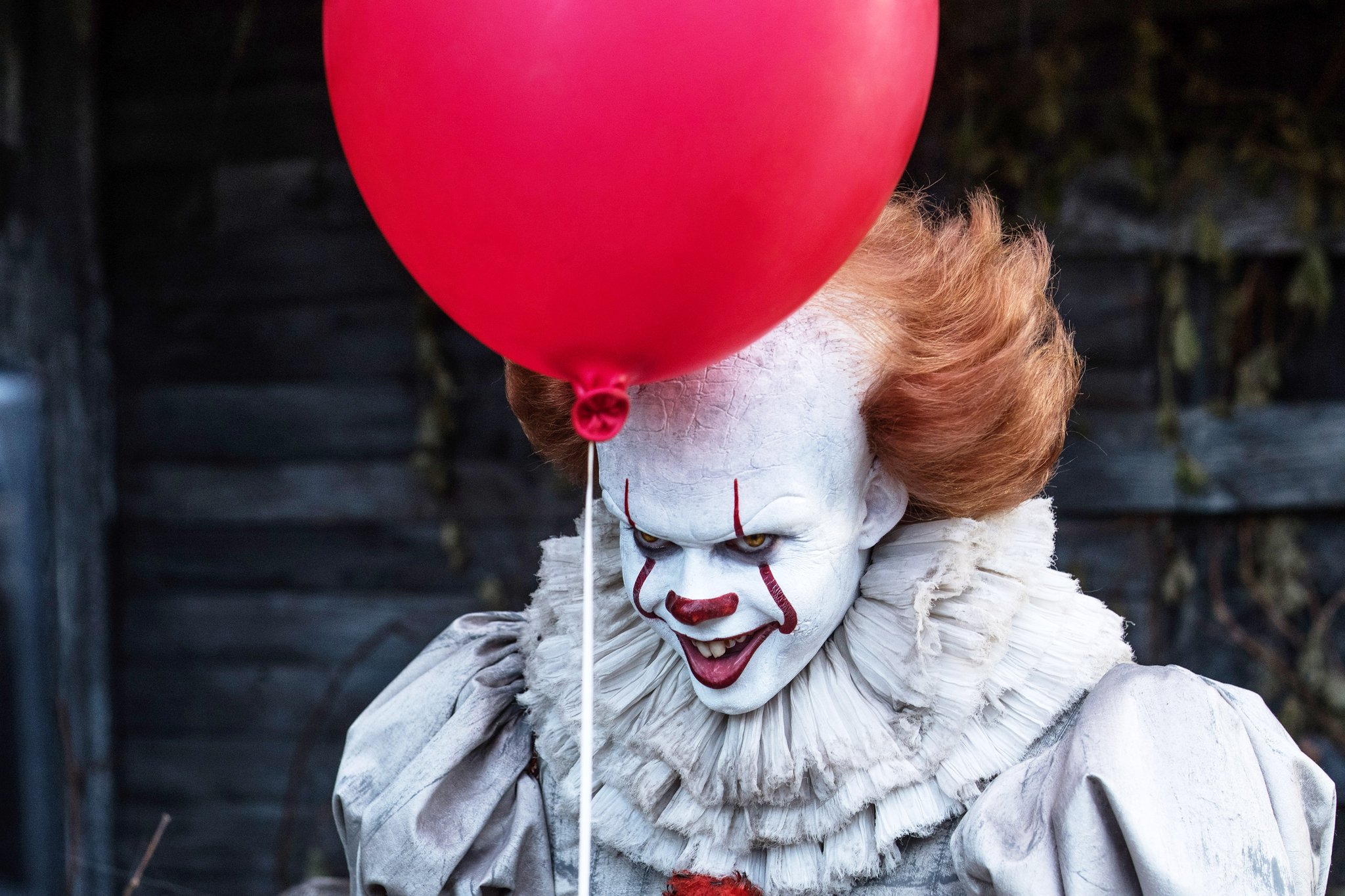 From his obsession with making things float to his interpretations of the fears of the Loser’s Club members, Pennywise truly was a horror villain to behold. But it turns out that his sickening deeds could have been a whole lot worse.

Back in September, Bill Skarsgård, who plays Pennywise, went on a podcast and spoke about a “really, really disturbing” deleted scene from IT.

“There was a scene we shot that was a flashback from the 1600’s, before Pennywise [was Pennywise]. The scene turned out really, really disturbing. And I’m not the clown. I look more like myself. It’s very disturbing, and sort of a backstory for what IT is, or where Pennywise came from.” 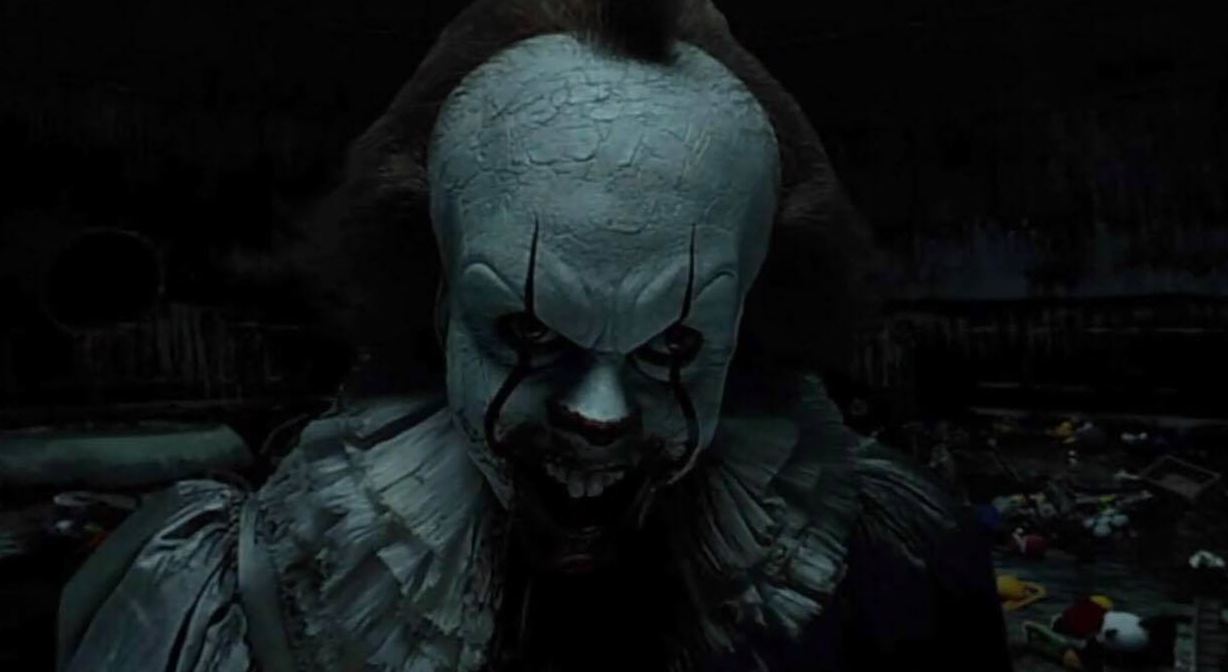 These words sparked a curiosity within fans. What exactly happens in that scene? How disturbing was it really?

Now, we may have got the answer!

Thanks to Bryan Safi, the host of the Playback Podcast on which Bill spoke, the script was revealed. He read it out on the episode mentioned and, after a while, the script surfaced again, in it’s horrifying entirety, on Reddit. 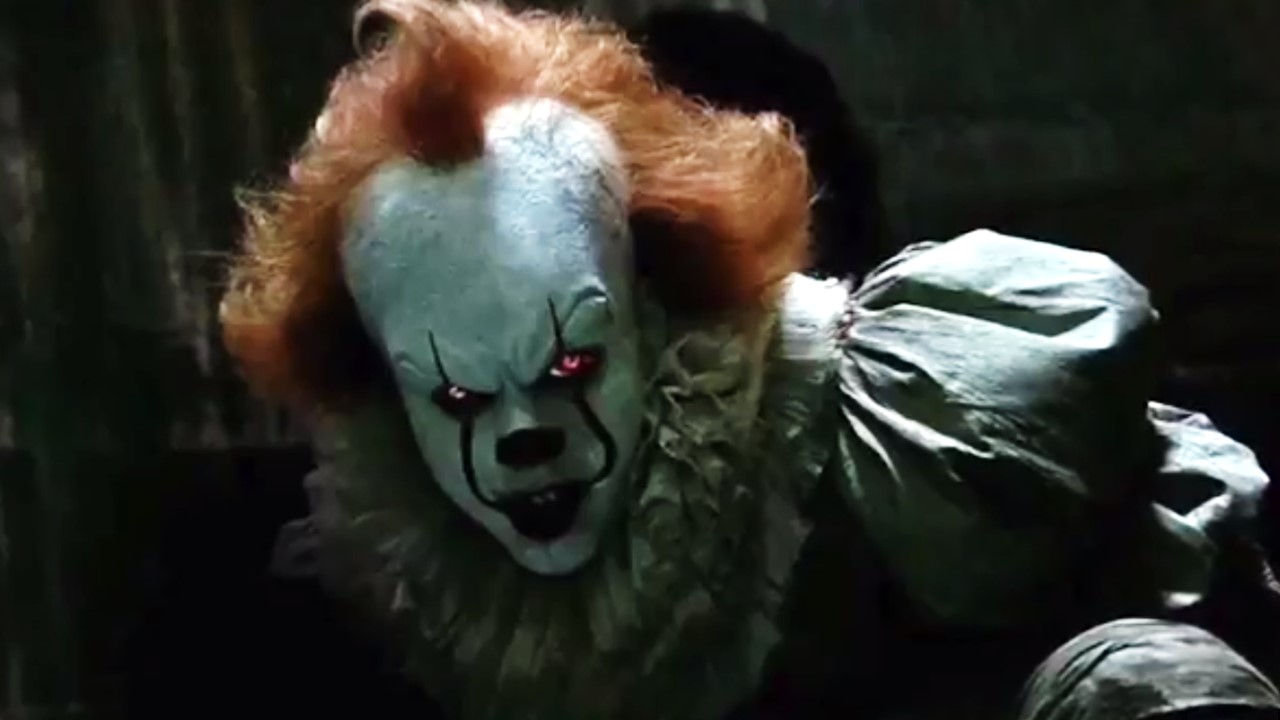 We have compiled the script for your reading pleasure but trust us, the scene itself will send a chill down your spines! Here it is:

INT. WELLHOUSE – NIGHT ABIGAIL, 19. Rushes in and SLAMS the door. As if trying to keep Satan himself out. She clutches her BABY to her breast. Kneels by DYING EMBERS in the hearth. She blows on ‘em but a flame never catches. Her Baby starts to fuss… ABIGAIL Hush now, shhhh… it’ll be — She stops.

Realizes that the SMALL CANDLE CHANDELIER slowly spins above her. As if some unnatural force has caused its light to rotate around the room, like tiny primitive searchlights. She hears something slithering in the gray shadows by the Well. Occasionally we catch glimpses of a BLACK SILHOUETTE. Shifting its shape. As if trying to decide on a form. ABIGAIL (CONT’D) Please, Devil… leave us be… Shape shifts again.

A beam of light passes, revealing PENNYWISE, naked, lithe, flesh pale and translucent, a half- formed imitation of a human, opens his maw full of large razor sharp teeth, dripping with saliva. As the Tin Can spins clockwise, Pennywise moves counter around the room. Each time the light hits his face — It’s different. A Man. A Woman. A Beast. A Monster.

PENNYWISE You mistake me woman. No mere devil, I am the Eater of Worlds. His voice is guttural, unnatural. ABIGAIL But my child, not my child… He is innocent…

PENNYWISE So you say. The Baby SCREAMS. Pennywise smiles. PENNYWISE (CONT’D) Beautiful fear… ABIGAIL I pray Thee, take me. Abigail shuffles back. PENNYWISE I will. And then, him. And thy husband and the rest of thy children, and all the savages who brought you here. And when you all rot in the earth, I will pick thy bones dry until no meat is left to pick.

And then I will seek out thy bones and consume thy souls until nothing is left but the weeds! (beat) Or you will occupy yourself otherwise and not interfere. I will take her and you will live, and those of thy other children — in whom I take no interest. And you will thank ME fever and frost did not damn you to the soil. Abigail looks down at her baby again.

She’s shaking, doesn’t want to let go. Behind her, the Door OPENS. A Little Boy, 6, asks — BOY Mama? ABIGAIL NO! OUT! NOW! Frightened by his mother, the Boy runs. Abigail turns back to Pennywise. Wherever he may be now in the room. The light somehow seems to spin faster now. She kisses her baby and sets it down. It BAWLS. ABIGAIL : I’m sorry, I’m so sorry…

She turns away from the baby. Faces those dying embers. We keep on her face as they seem to begin GLOWING BRIGHTER AS — OVER HER SHOULDER — OUT OF FOCUS — Pennywise crawls over to the Baby and starts to feast. SHARP CRY FROM THE BABY CUT OFF as we hear a CRUNCH. Abigail continues to look into the BRIGHT ORANGE GLOW of not the flickering fire… …but the DEADLIGHTS. Her expression changing. Fear. Denial. Grief. Acceptance. And then nothing. Just a glazed look. AS IF NOTHING HORRIFIC IS ACTUALLY HAPPENING BEHIND HER.

Will Somebody just stop this madness!!???! 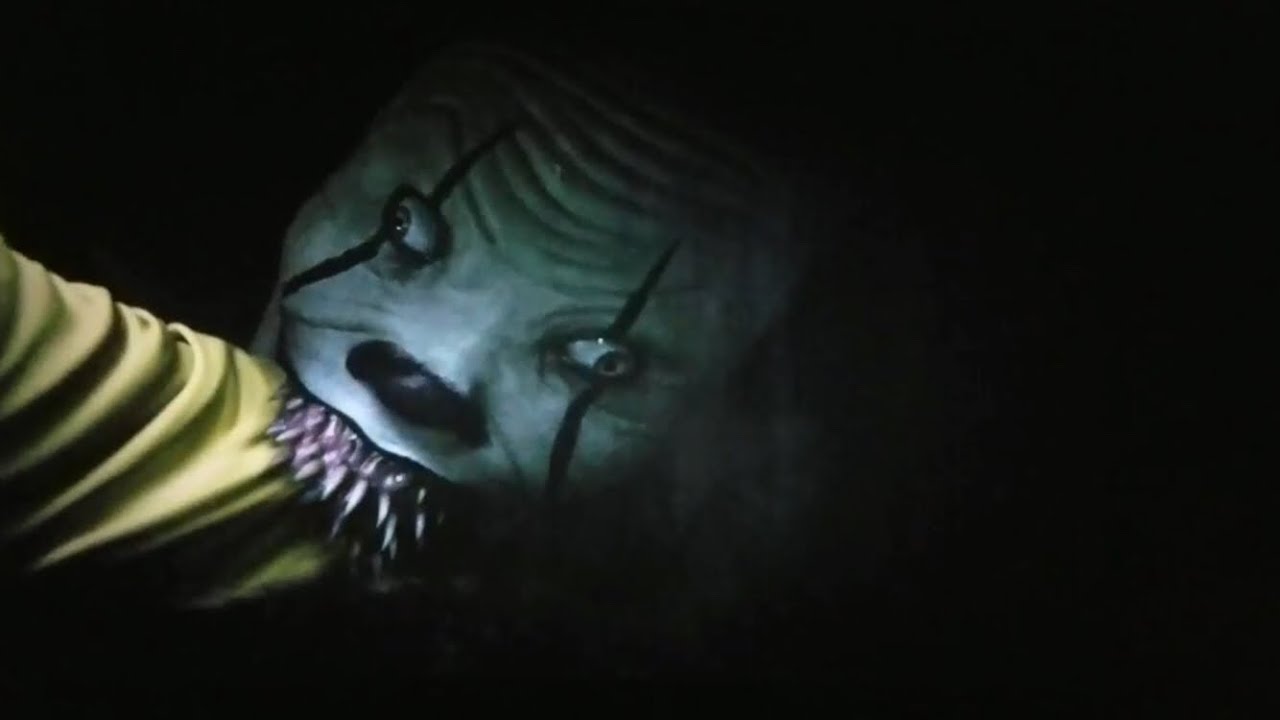 If there was any doubt regarding the twisted minds of the makers of the new IT, those doubts should die down as this scene could make its way very easily into the sequel that is scheduled to hit theaters on September 6. 2019.

Meanwhile, let us know what you think of the scene above? Should they have left it in the movie or you’d rather not see it at all, like ever? Sound off in the comments below!