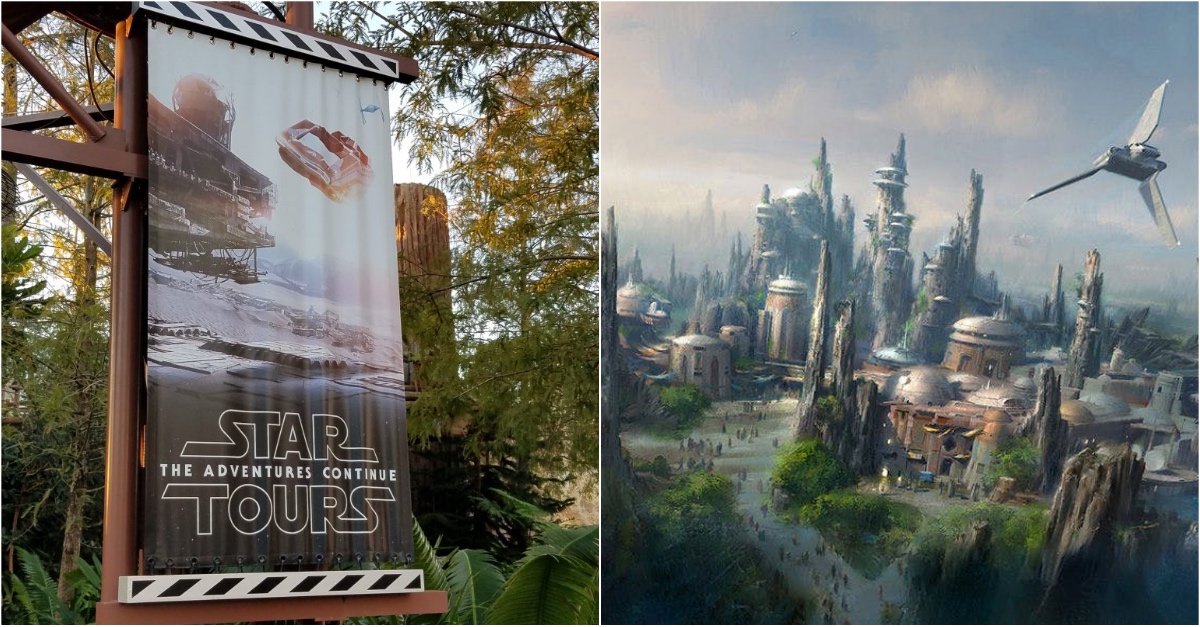 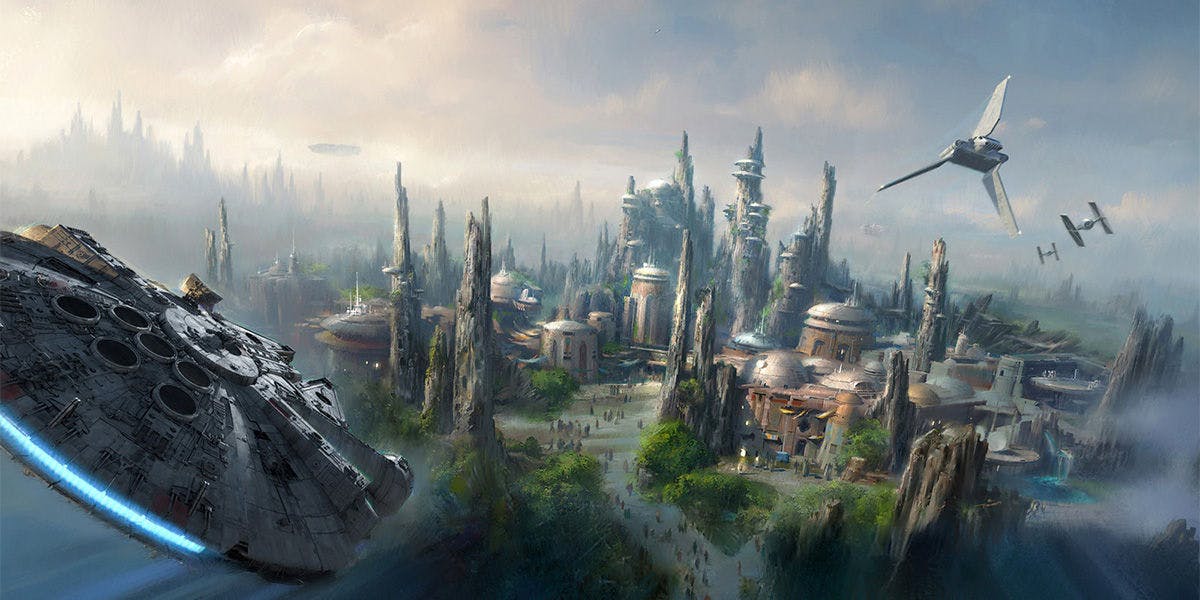 With the imminent release of Star Wars: The Last Jedi, Disney is pulling all stops from promoting the Galaxy Far Far Away. 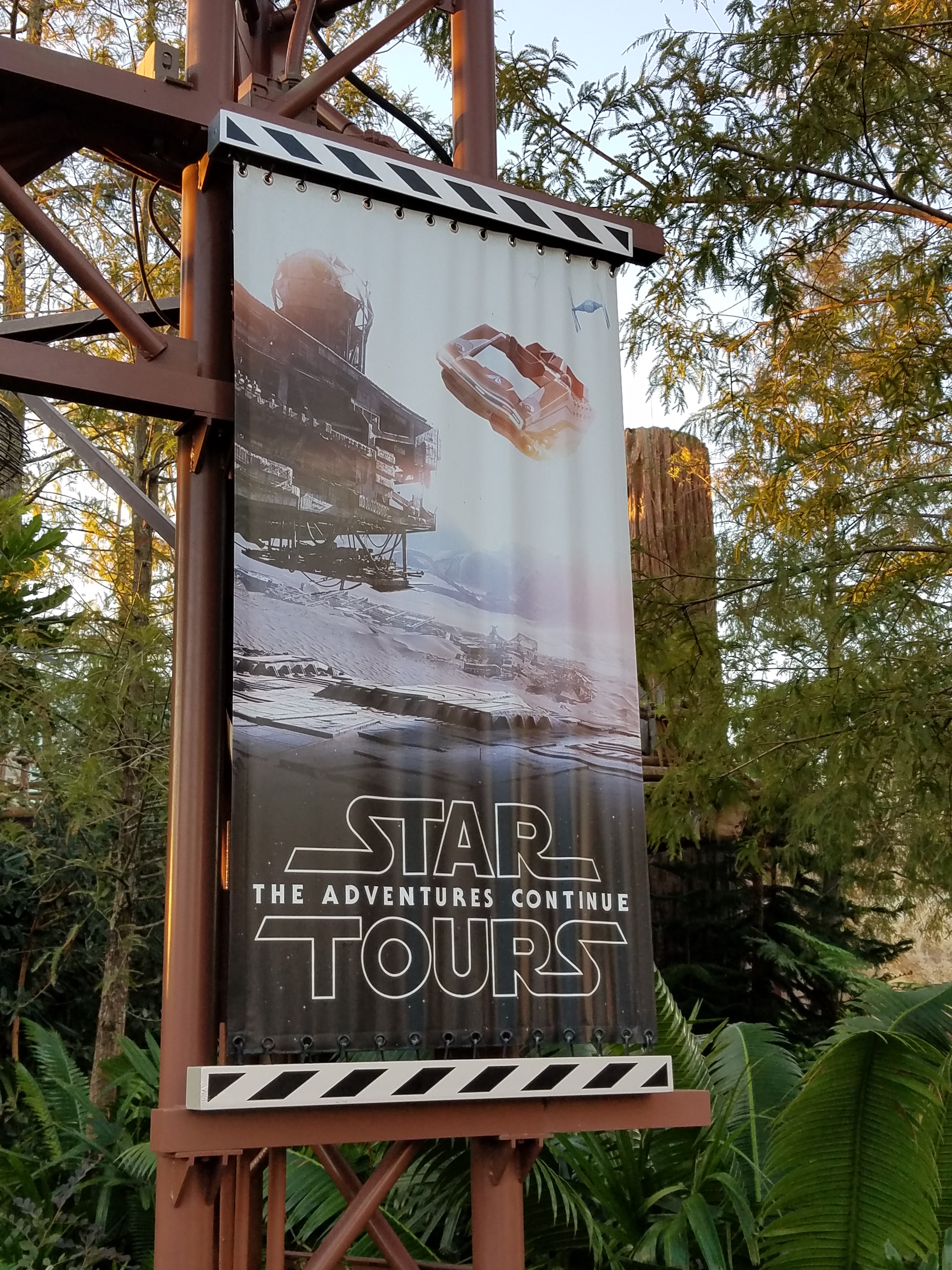 This one that takes viewers on a ride through a galaxy far, far away and takes them face to face with characters from the Star Wars filmography, including Star Wars: The Last Jedi.

And surprise, surprise, this new addition to the attraction isn’t just a movie tie-in that launches ahead of the film’s December 15th debut; it also reveals a bit of lore tied into the vast Star Wars mythology and teased what’s to come for the park’s future (and highly anticipated) area, Star Wars: Galaxy’s Edge. 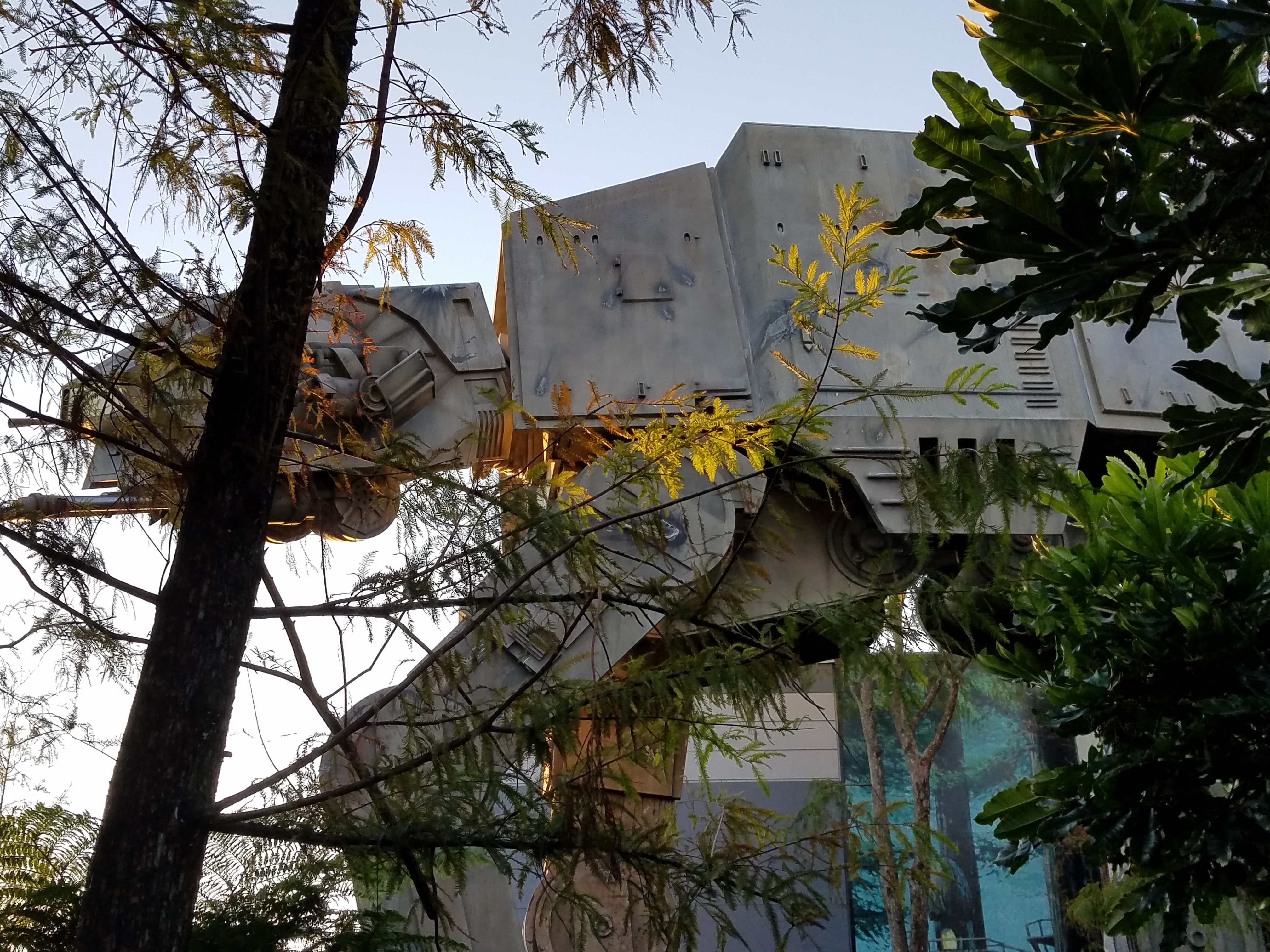 Believe it or not, you’ve already glimpsed the new planet that’s revealed in the “Star Tours” attraction if you checked out the theme park’s concept art. Dubbed Batuu, this remote outpost on, you guessed it, the galaxy’s edge was once a popular hub of space travel before the ability to jump to hyperspace ultimately caused travelers and traders to bypass it. Since then, it’s become a bit of a haven for those looking to evade the First Order, a fringe planet that’s home to smugglers, rogues, and adventurers alike. Fans attending the Star Tours experience will get to check it out, as will the guests who arrive at the new Galaxy’s Edge area in 2019. 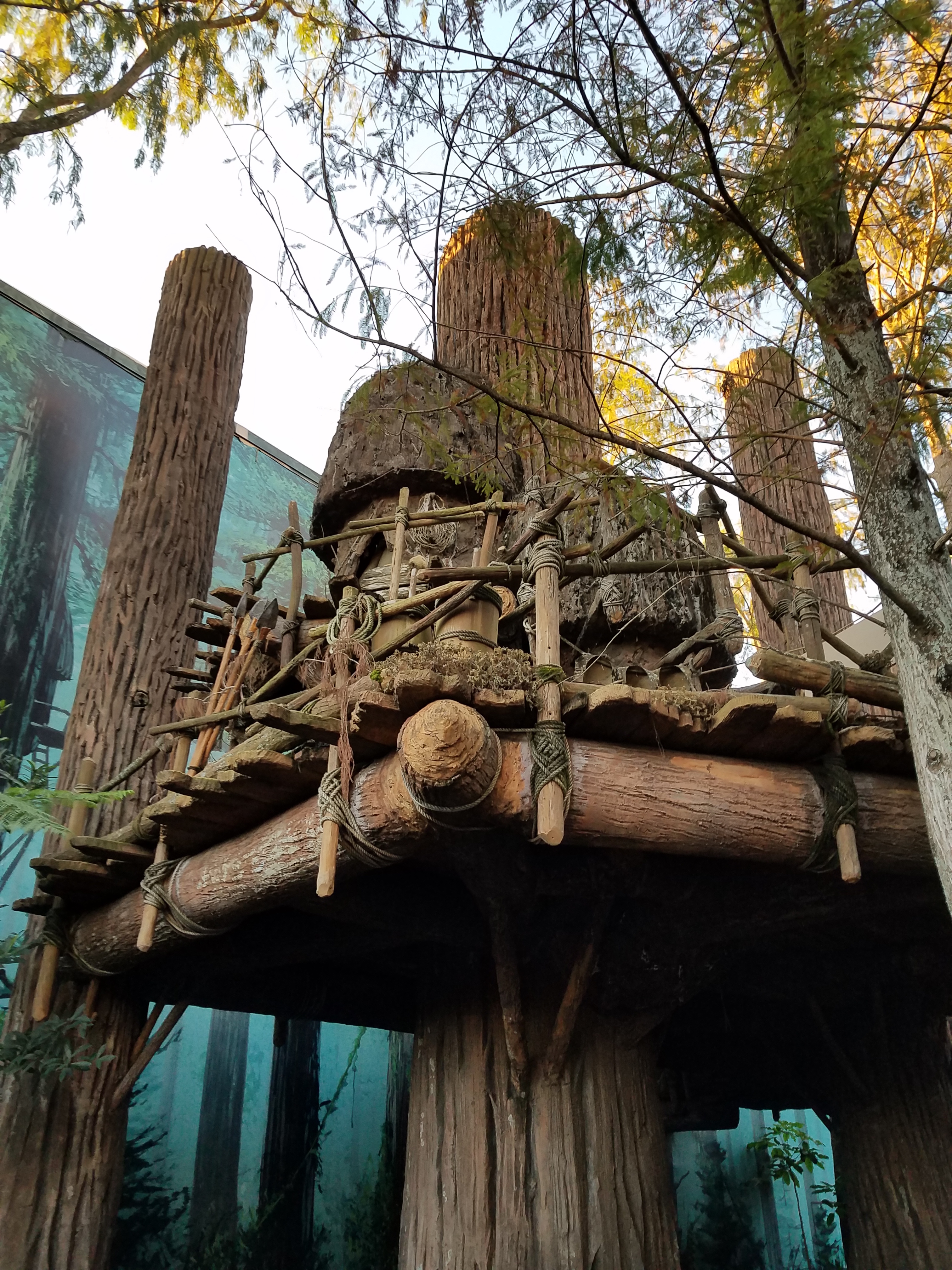 But before we even glimpse Batuu, there’s a whole ride to go through first! After all, you don’t start on the perimeter planet, you end up there. As space tourists, you queue through a spaceport terminal complete with posters in Aurebesh, automated animatronic droids dispensing tips to improve your journey, and some rather rough handling of interplanetary baggage. There’s plenty going on to occupy you when in the queue, but the real action gets started once you board your Starspeeder 1000 bound for one of many destinations. 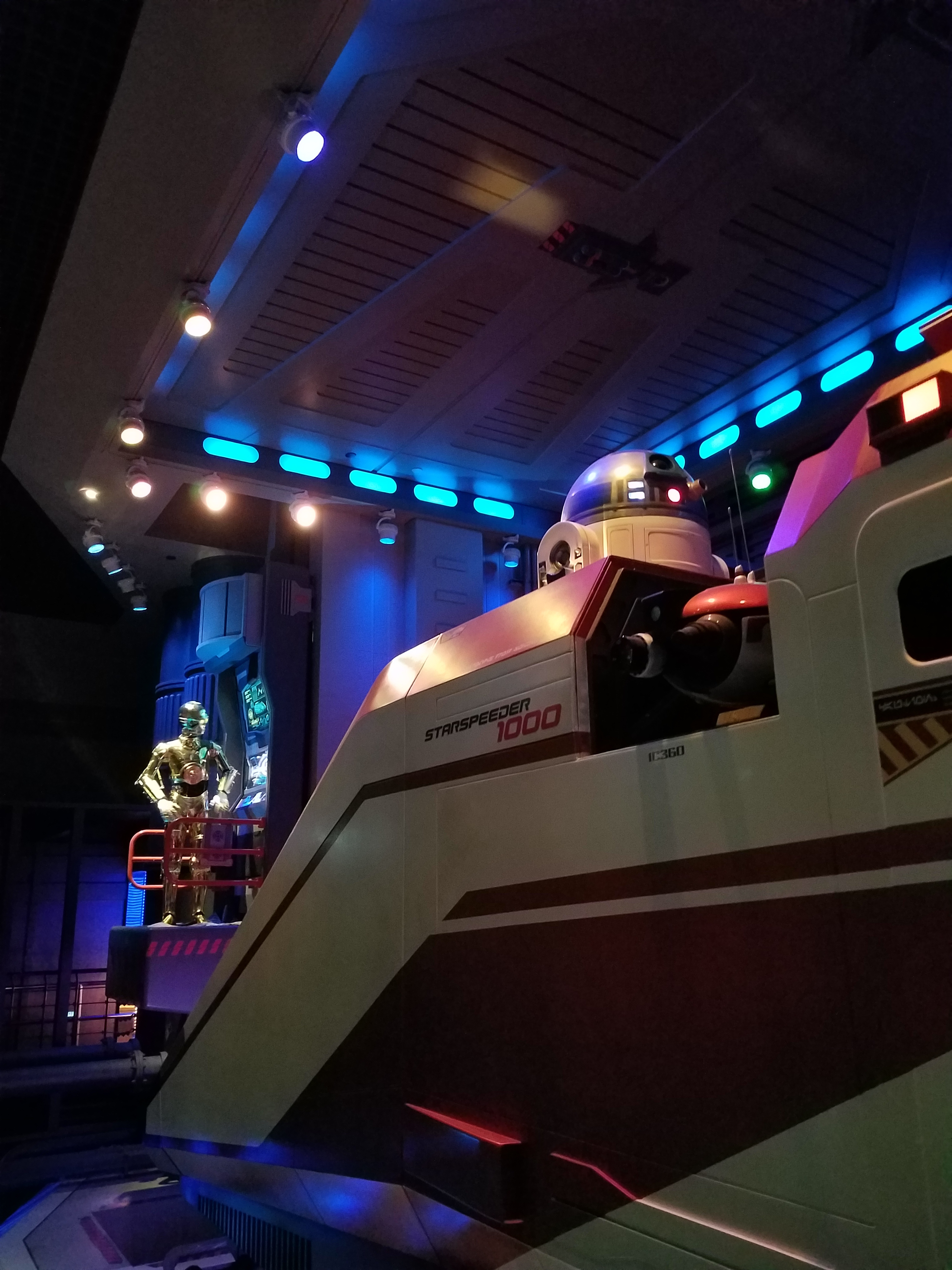 One of the coolest things about this attraction is that you can ride it a bunch of times and likely see something new every time you do so. The main story is kept intact—C3PO and R2D2 pilot your Star Tours speeder, but you soon find out a Rebel spy is among you and you must get them to safety—but the major players, opening sequences, original destinations, and ultimate destinations are randomized, adding to enjoyable repeat experiences. The new additions pulled from Star Wars: The Last Jedi increase that variety even more.

R2-D2 is Your Companion! 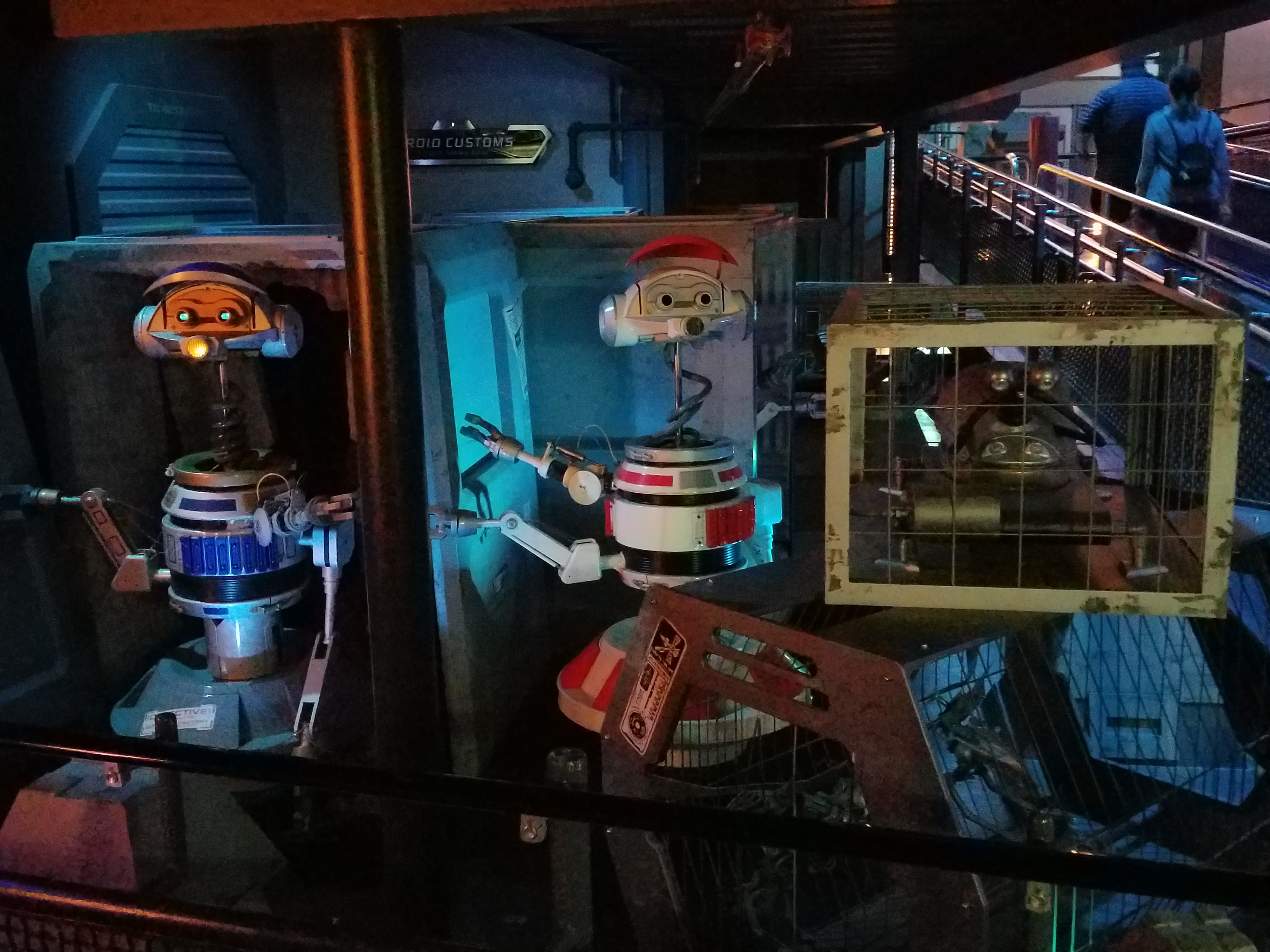 This is when the Rebel spy is revealed among the passengers as one of your fellow park guests has their picture taken and gets put up on the big screen. Delivering the message about the spy via hologram is any one of a number of fan-favorite characters.

The Control Bot on the Ride! 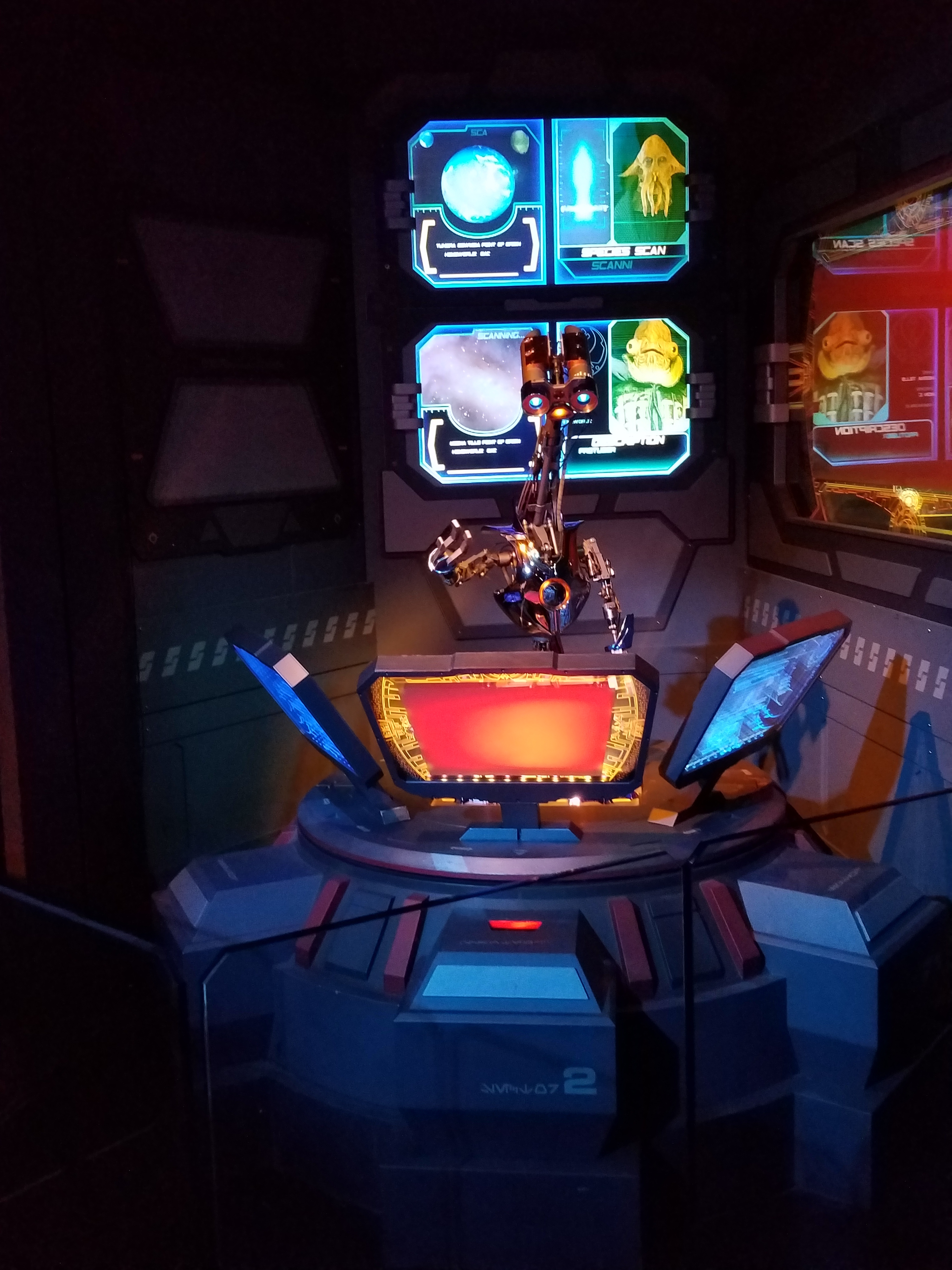 From there, the action moves to the wreckage-strewn desert of Jakku where Finn gives the piloting droids some tips to keep the Star Tours craft safe. You barely make it out of there without getting turned into scrap. 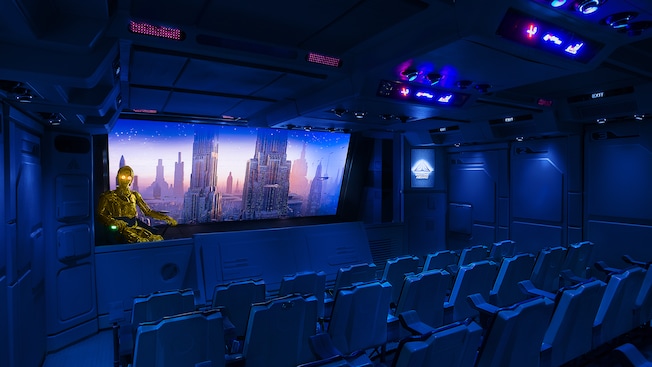 Then, you find yourself transported to a new planet glimpsed in the Star Wars: The Last Jedi marketing material, the rich mineral world of Crait. As you are greeted by a pack of crystalline foxes (known as a vulptex or vulptices) and a blast of icy air, the temporary reprieve ends as your speeder is thrust back into the action. The fight against the First Order continues both below and above the planet’s surface, and a video message confirms that General Hux has been alerted to your presence.

The Surreal Landscape of Crait!

Narrowly escaping the battle of Crait, our speeder settles for what seems like it should be a safe planet, Batuu. After all, this is where travelers to “Star Wars: Galaxy’s Edge” will be staying when the theme park addition arrives in Disneyland and Disneyworld in 2019.

Batuu in All its Glory! 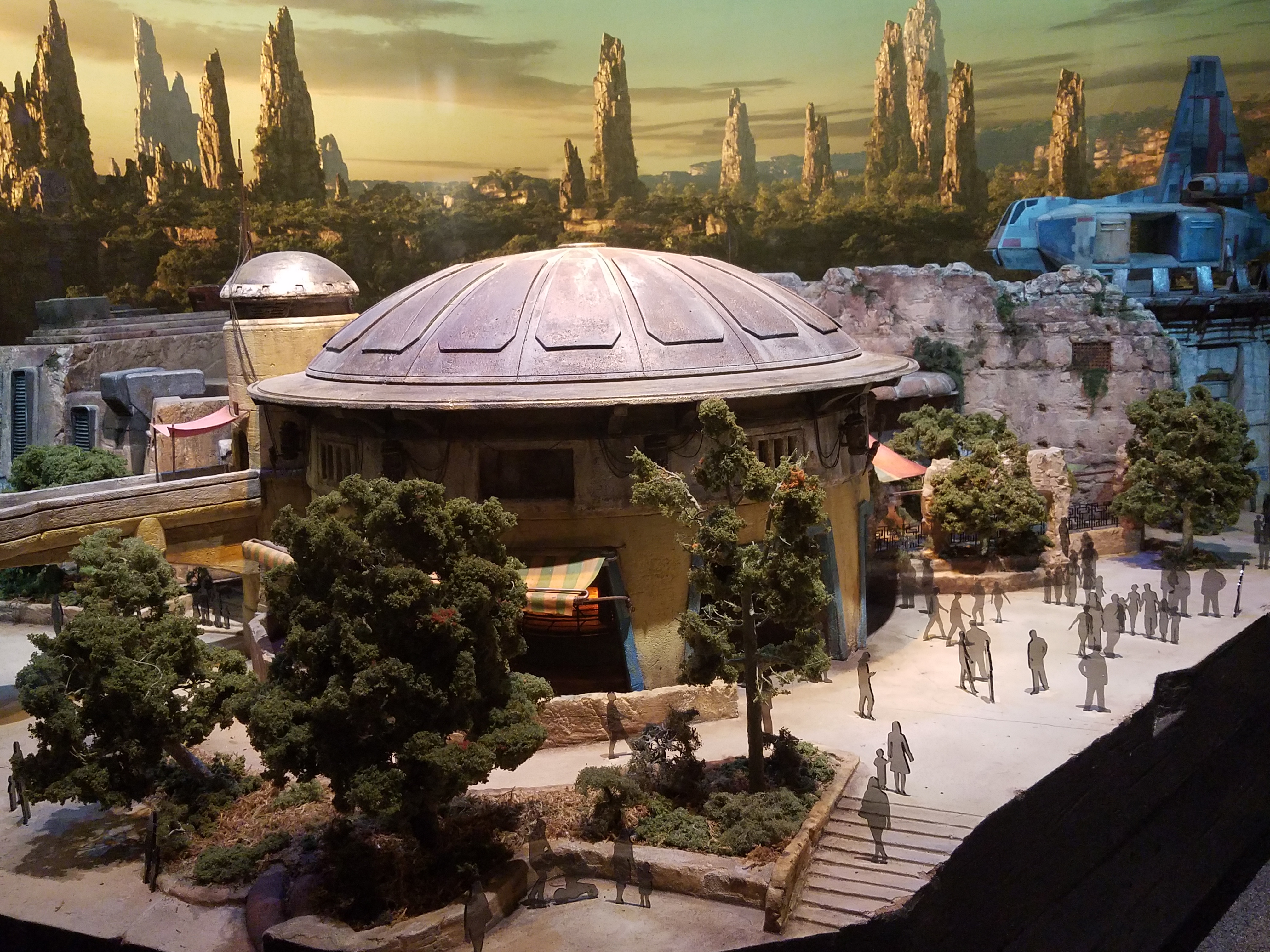 The sharp-eyed may spot some very familiar settings and characters here.

The Dome-Shaped Building Reminds Us of Tatooine Somehow! 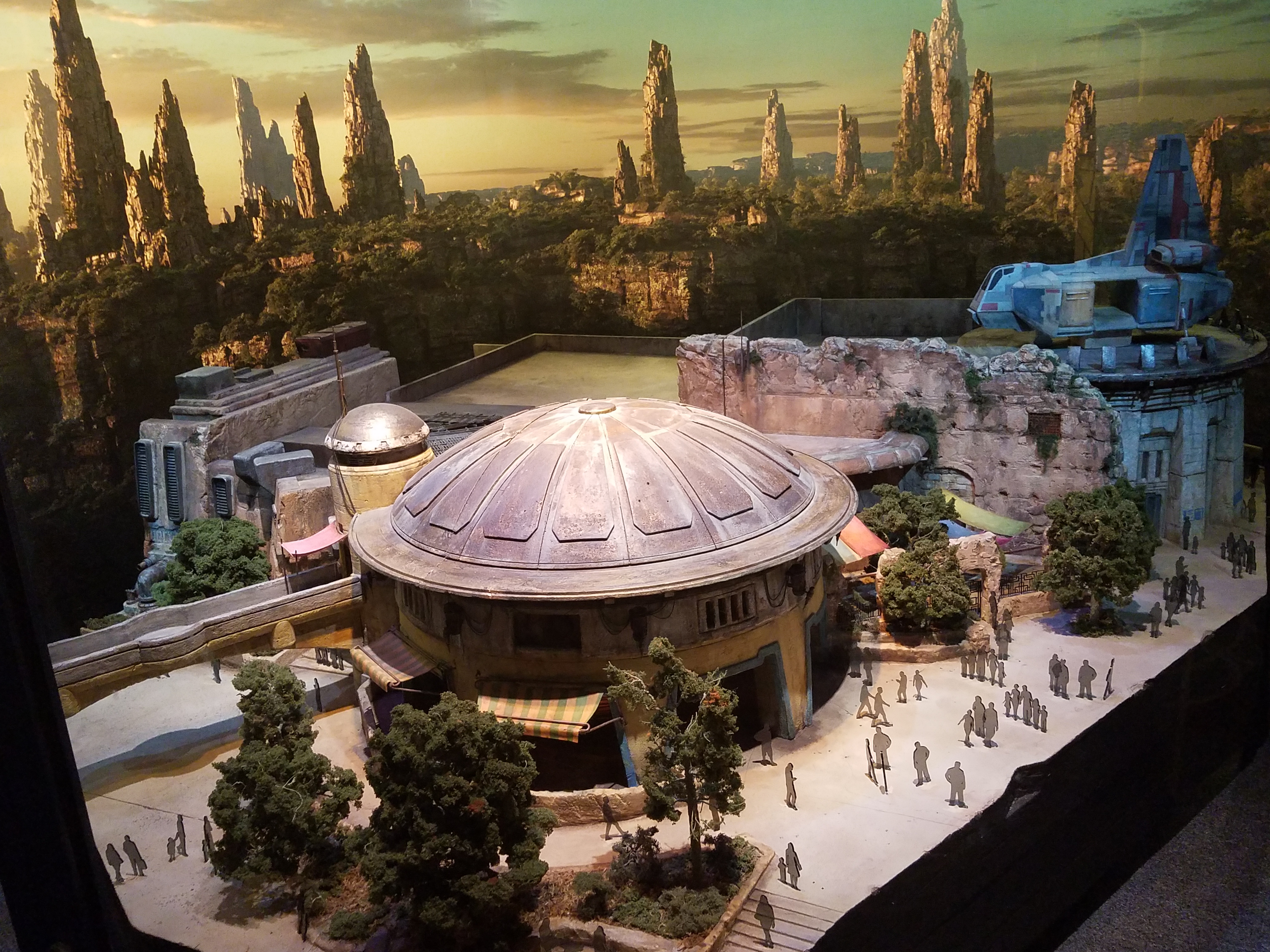 So, When Are You Planning Your Tour? 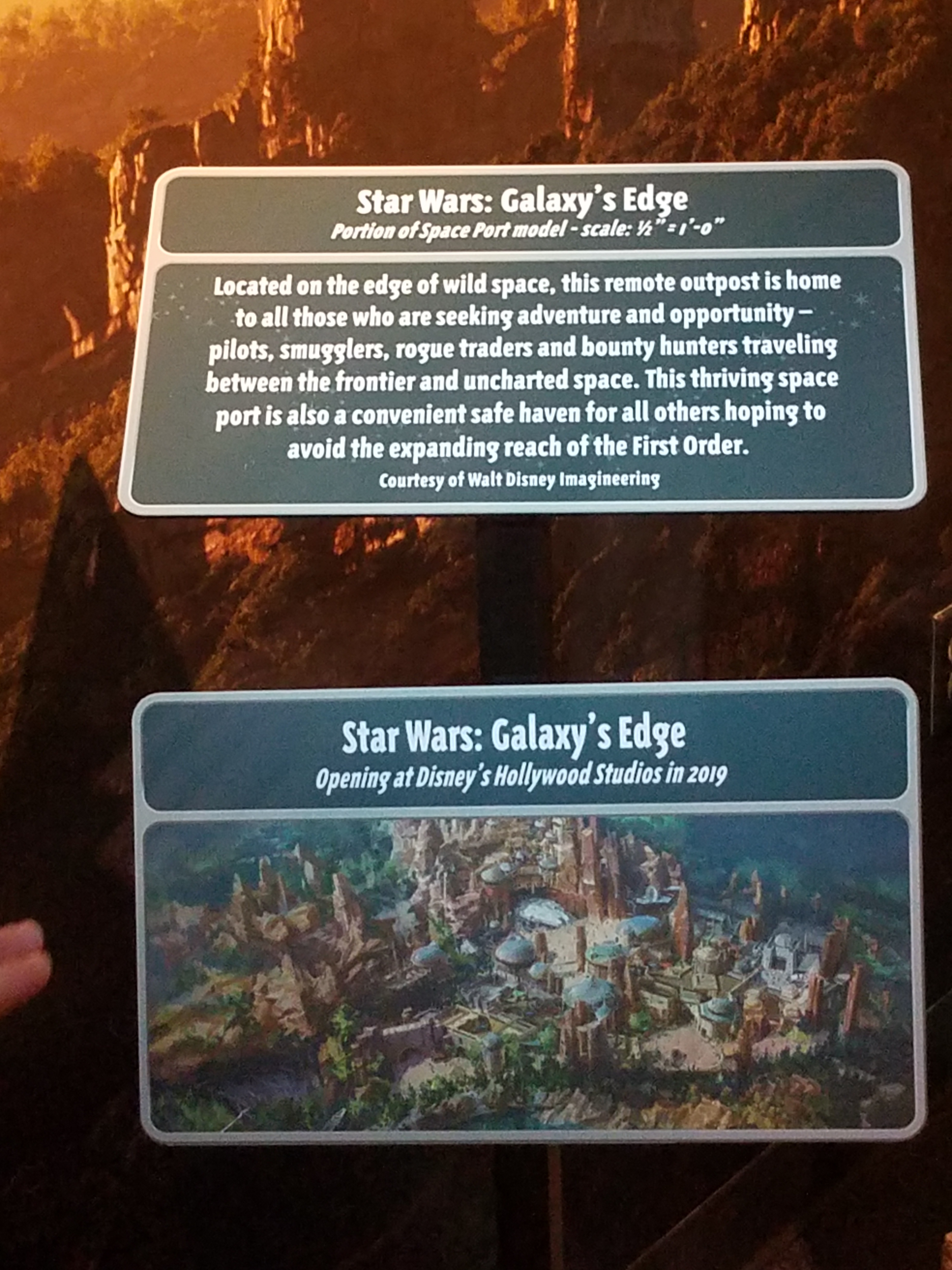 Be sure to share your own discoveries and experiences in the comments!