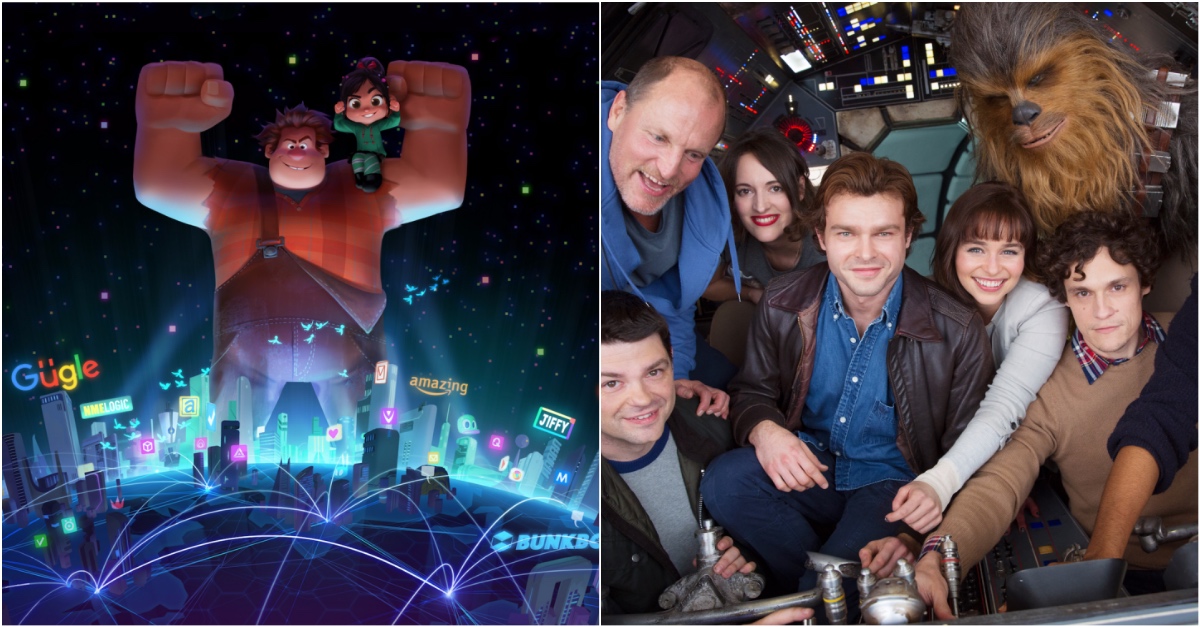 There are a lot of movies coming out this year we can’t wait to see, but Disney has one of the most envious lineups.

Not only is Avengers: Infinity War one of the most-anticipated movies of the year, but the Mouse House is also delivering two more Marvel movies and a sequel to The Incredibles 14 years after the first movie premiered. Phew!

So, we have rounded up the 10 movies that will have you returning to the theaters again and again! 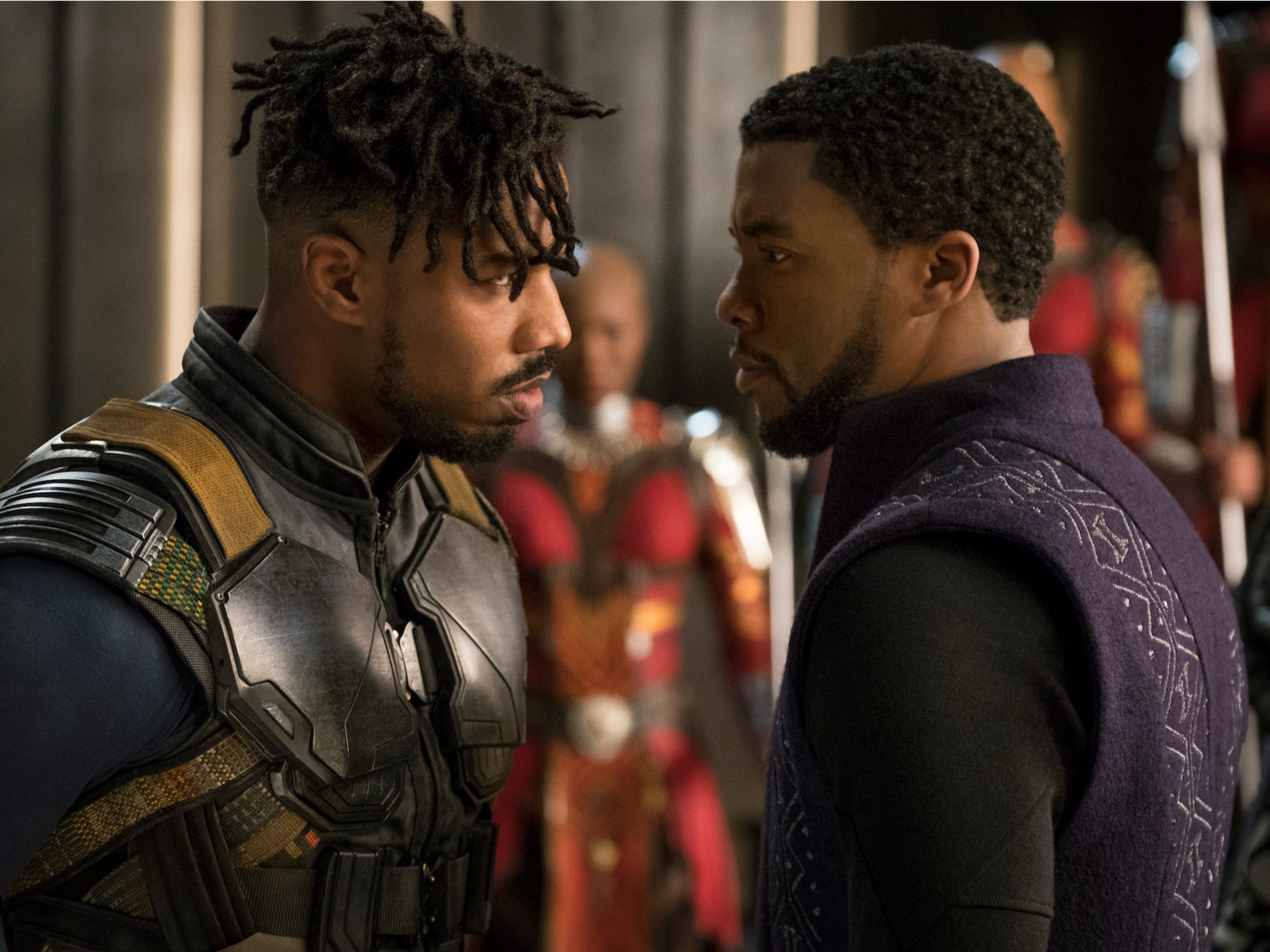 What it’s about: Before we get to the summer, Marvel’s next movie will follow T’Challa (Chadwick Boseman) after the events of Captain America: Civil War. After the death of his father, he returns home to take his rightful place as king of Wakanda. That’s not going to sit well with an old foe and a new one.

Why you should see it: The star-studded cast includes Forest Whitaker, Angela Bassett, Andy Serkis, Lupita Nyong’o, Michael B. Jordan, and The Walking Dead actress Danai Gurira. Fans have been waiting since Black Panther’s first comic-book appearance in 1966 for the character to get some recognition on the big screen.

With Kendrick Lamar producing the movie’s album, hopefully the movie will do the character justice. 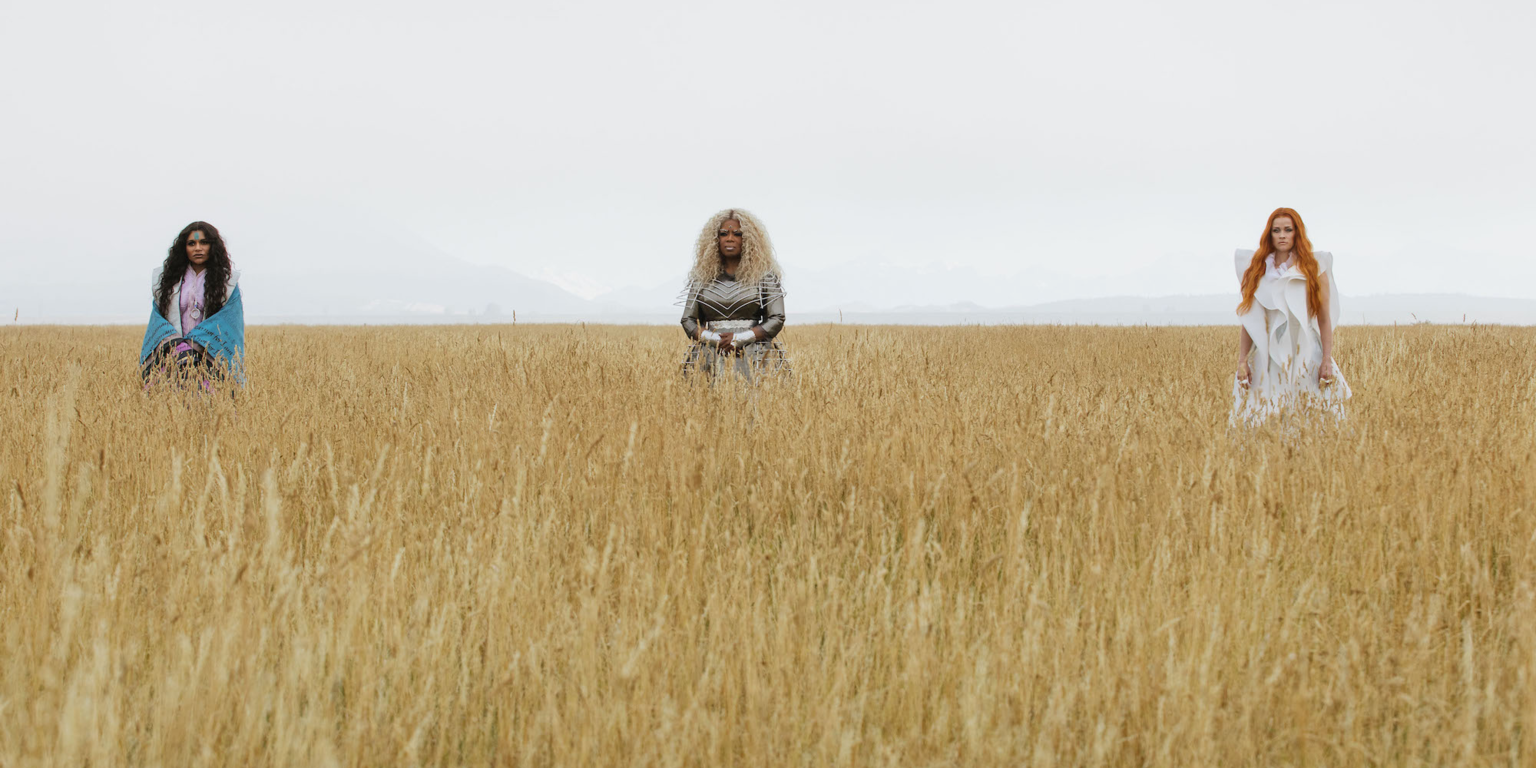 What it’s about: Meg Murry (Storm Reid) goes on a search for her father (Chris Pine) with the help of three celestial guides played by Oprah Winfrey, Reese Witherspoon, and Mindy Kaling.

Why you should consider seeing it: Four words. Oprah is in it.

If that doesn’t intrigue you, you’re probably familiar with the bestselling book by Madeleine L’Engle. Still not convinced? Director Ava DuVernay has given us critically-acclaimed movies The 13th and Selma.

We’ll be in our corner of the theater tuning in for Chris Pine. 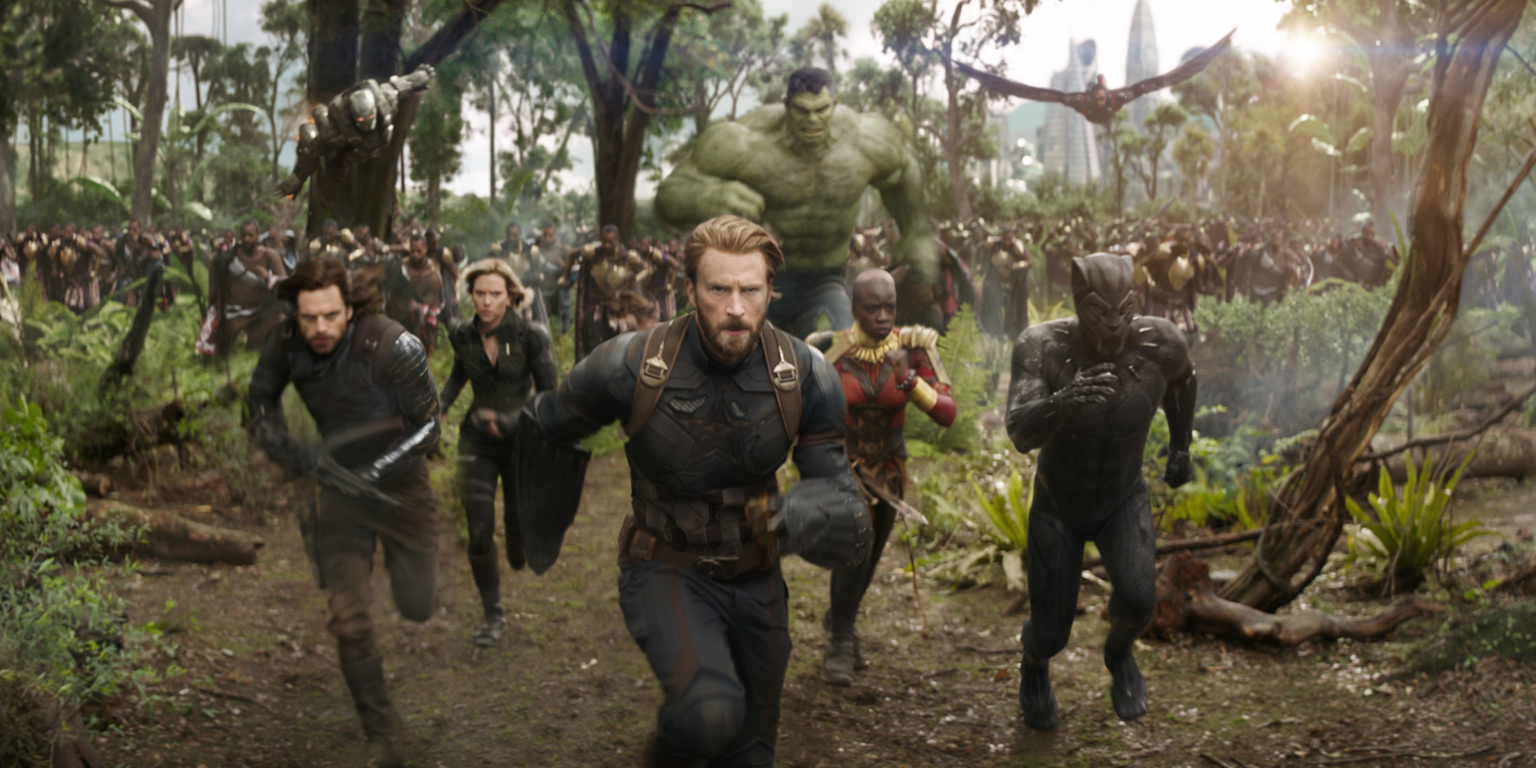 What it’s about: The third Avengers movie will unite the group with Spider-Man, the Guardians of the Galaxy, and more as they go up against Gamora’s father Thanos (Josh Brolin). He’s been slowly curating six powerful Infinity Stones that have appeared throughout Marvel’s many movies.

Why to see it: This is one of the movie events of the year. “Infinity War” may be bigger than “Star Wars.” 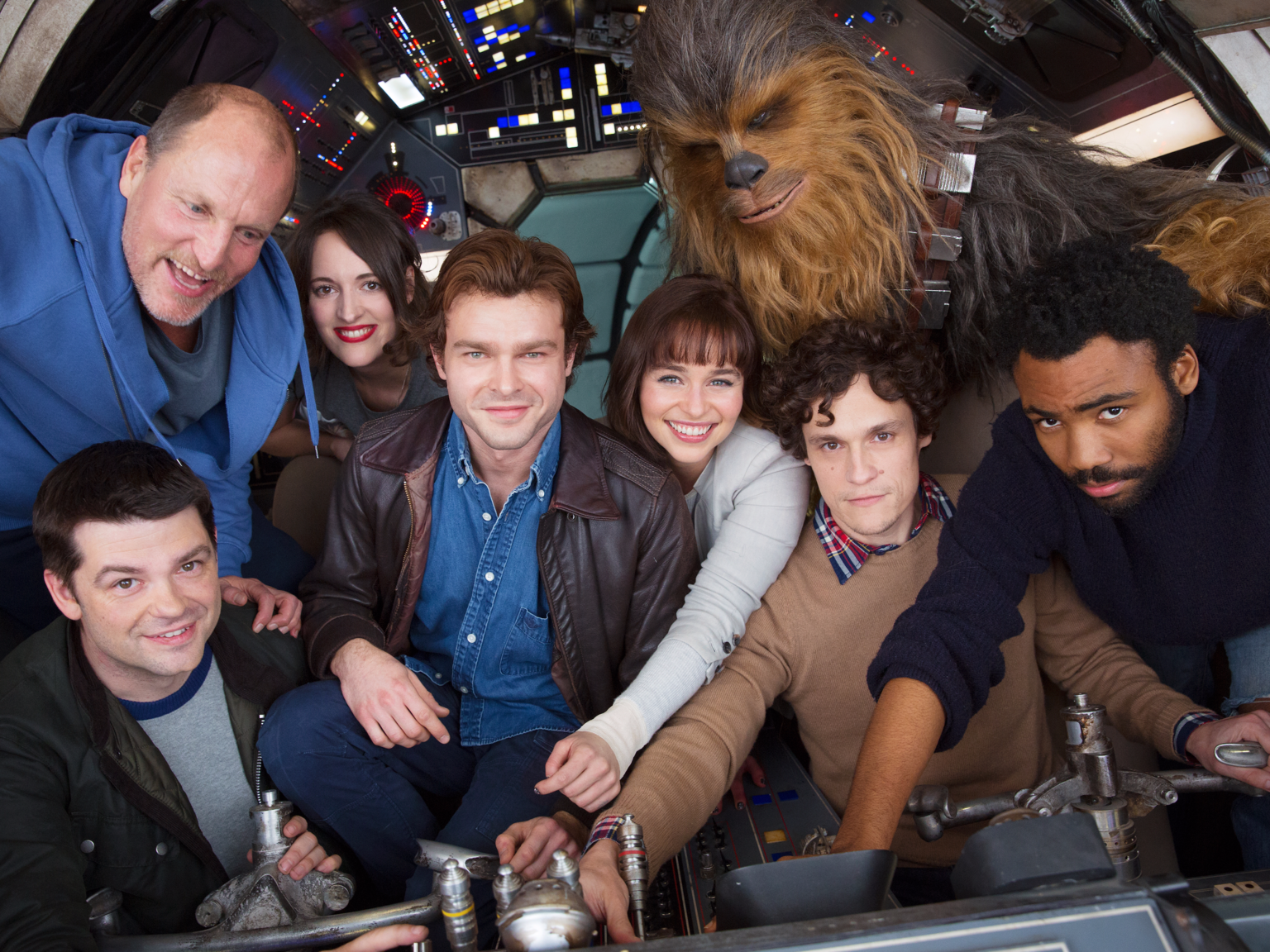 What it’s about: A younger Han Solo gets his own stand-alone movie on his early adventures with Chewbacca and Lando Calrissian.

Why you may want to wait: We’re a little nervous about this one since original directors Phil Lord and Chris Miller left the project after “creative differences” with Lucasfilm and were replaced by veteran Ron Howard.

We love the casting of Emilia Clarke (Game of Thrones), Donald Glover, and Woody Harrelson, but we’ll have to wait to see if Ron Howard was able to get the film back on track. The movie is only a few months away and we have yet to see any promotional material. 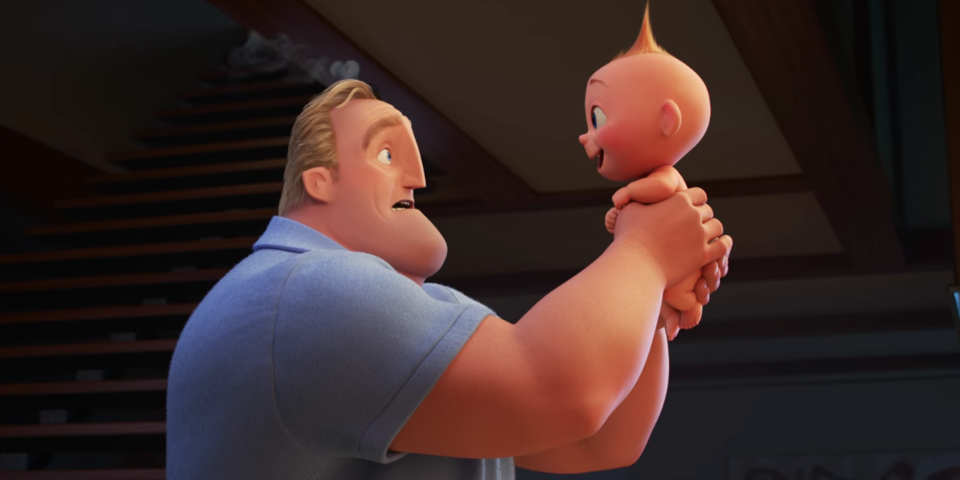 What it’s about: Taking place moments after the end of the 2004 movie, the Incredibles family attempts to settle into a routine life as a superhero family. Helen is now fighting crime while Mr. Incredible is staying at home raising the kids and learning more about baby Jack-Jack’s increasing super abilities.

That won’t last long as they’ll have to team up with their old buddy Frozone to take down a new villain.

Why it’s a must-see: We’ve been waiting 14 years for this sequel. Original director Brad Bird is back and he brought the original cast along too, including Samuel L. Jackson. We can’t wait. 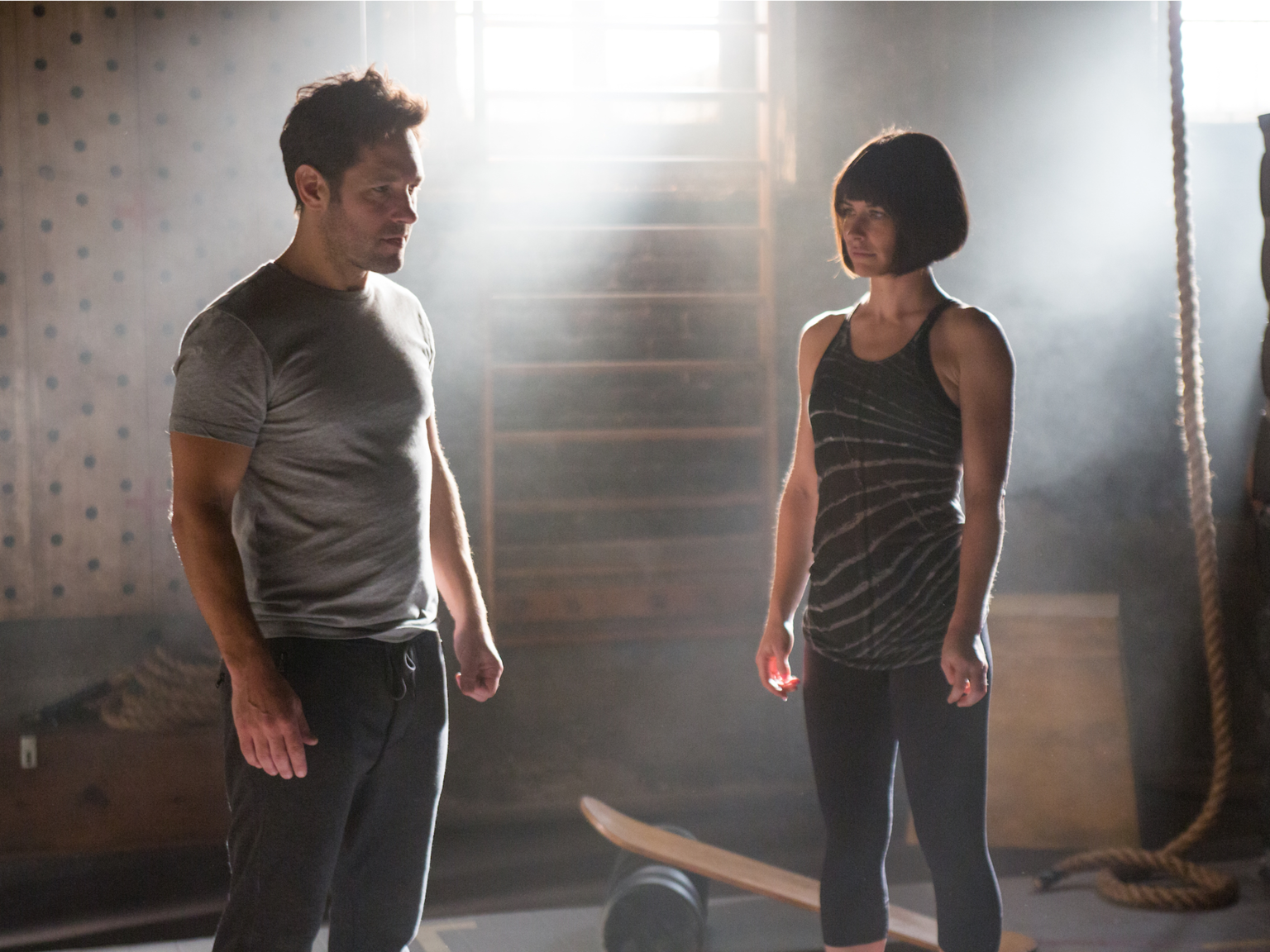 What it’s about: Details are pretty scarce, but we know that the film will take place after the events of Captain America: Civil War when Scott Lang (Paul Rudd) is ushered to take on a new mission alongside Hope van Dyne (Evangeline Lilly).

Reasons to see it: This will be the first movie post Avengers: Infinity War. It may answer some lingering questions left over from the May movie.

And while we’ll be happy to see more of Rudd on the big screen, we’re more excited to see Lilly jump into the Wasp suit. The Marvel Cinematic Universe needs more female heroes for young girls. 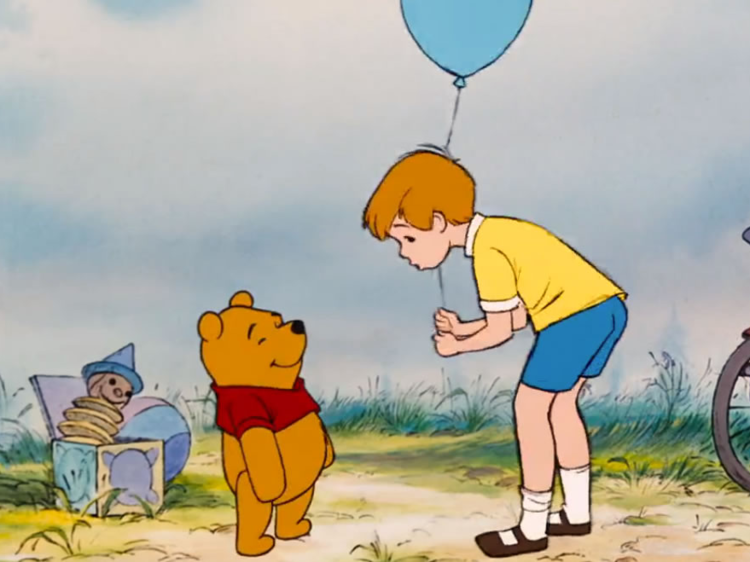 What it’s about: All we know is that the movie is supposed to have a grown-up Christopher Robin return to the Hundred Acre Woods to reunite with his childhood friends including Winnie the Pooh. Ewan McGregor is supposed to star as Pooh’s old buddy.

What we’re excited about: The stars in this movie have us eager to see how it will turn out. Marvel fans will be excited to see Hayley Atwell (Agent Carter) play Robin’s wife. Brad Garrett (Everybody Loves Raymond) will lend his voice to Eeyore and Jim Cummings will reprise his role of voicing Pooh bear.

8. “The Nutcracker and the Four Realms” 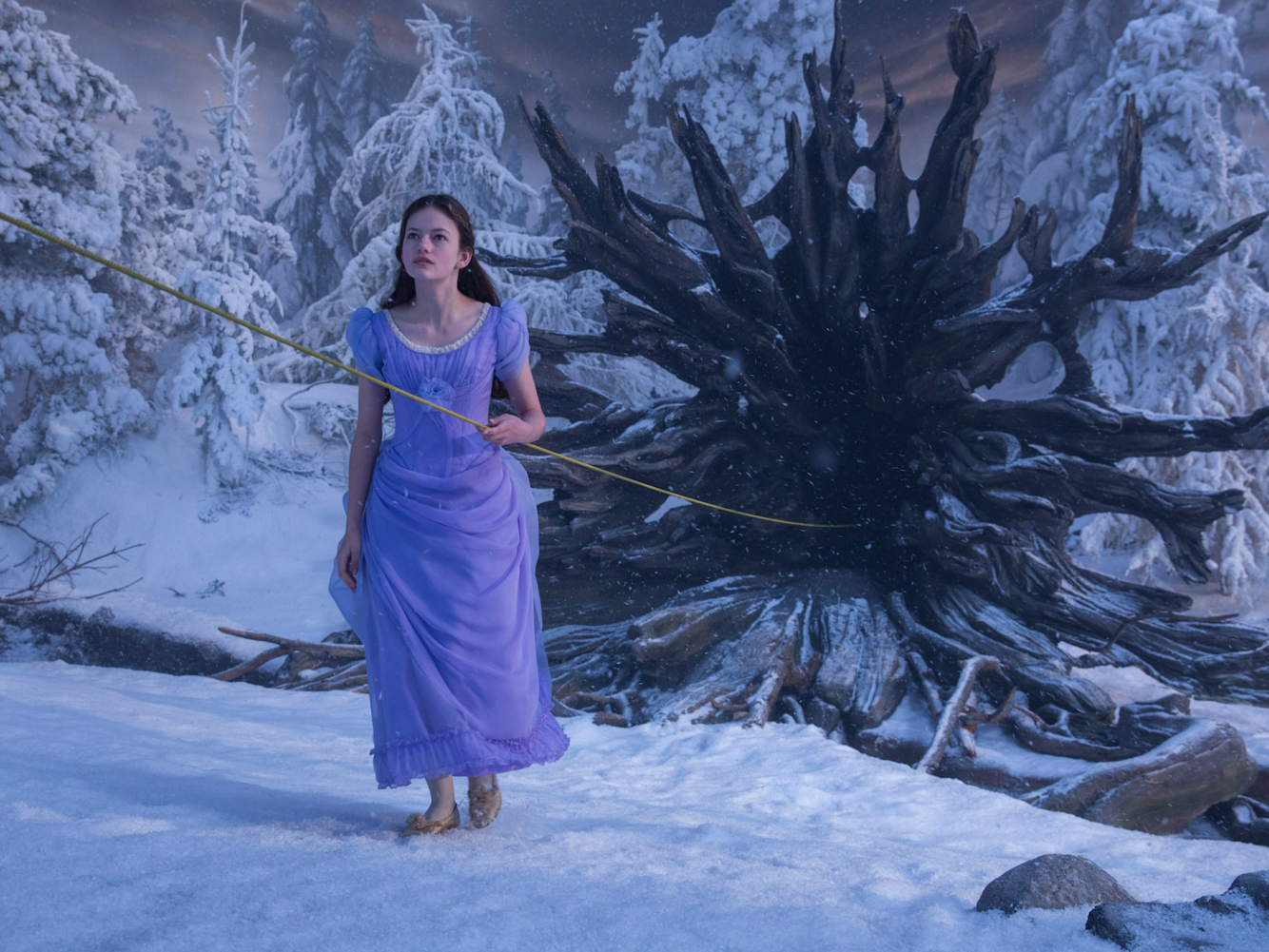 What it’s about: A dark take on the E.T.A. Hoffmann tale, Clara (Mackenzie Foy) sets off into a magical world to fetch a lost key that will unlock a box from her mother. On her adventure, Clara winds up caught in a struggle to bring peace to three different realms.

What we’re thinking: This is by far the strangest movie in Disney’s lineup. The holiday feature almost feels out of place with everything else. The trailer plays a creepy version of the Dance of the Sugar Plum Fairy with narration from Morgan Freeman that makes the familiar tale feel like some dark version of Alice in Wonderland meets Chronicles of Narnia.

For some reason, Keira Knightley is here too as the Sugar Plum Fairy. 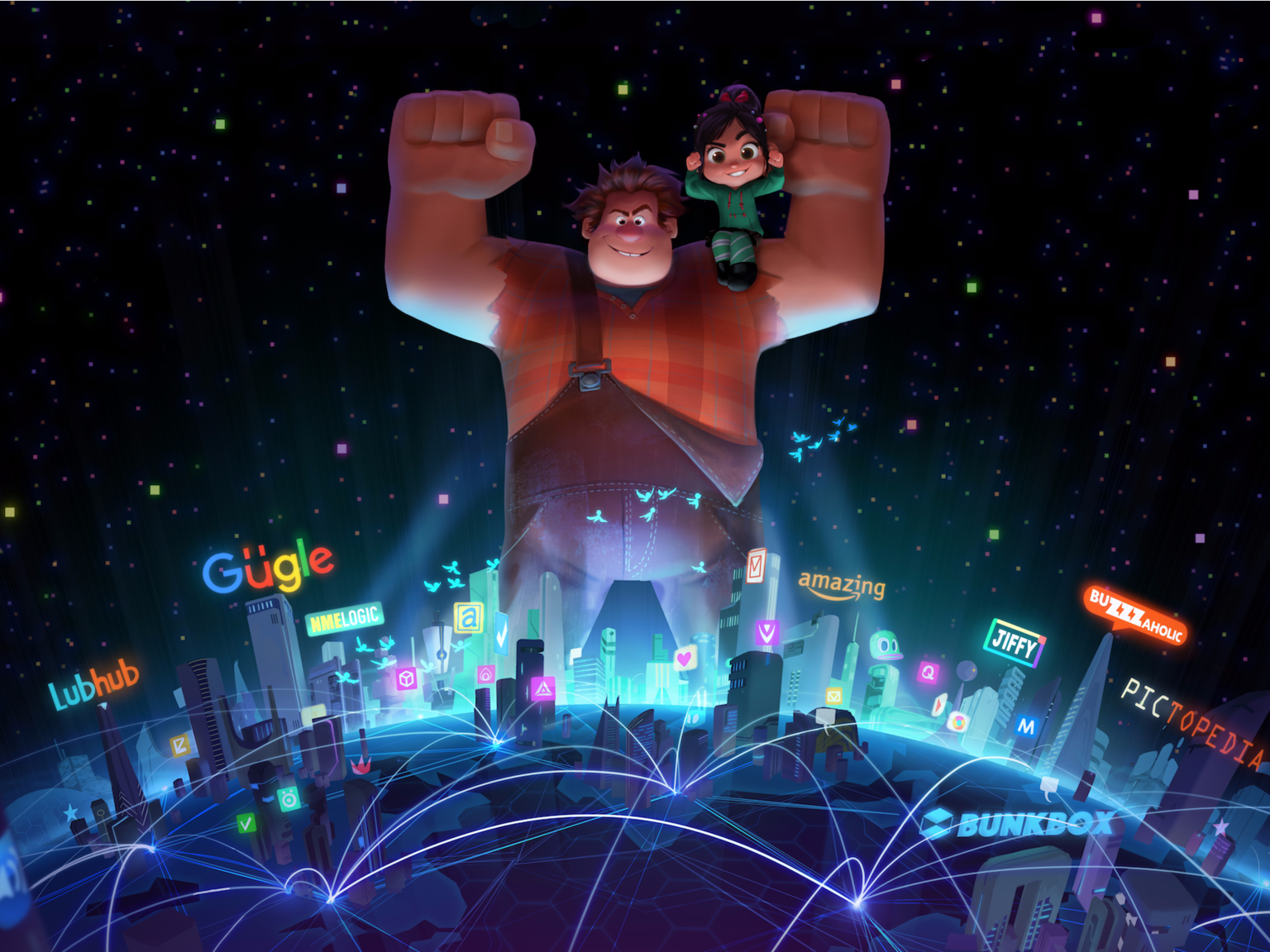 What it’s about: Ralph (John C. Reilly) and Vanellope von Schweetz (Sarah Silverman) get sucked into the Internet.

Why to see it: It’s been five years since we’ve seen Ralph and his pint-sized amigo, and it looks like there will be a lot be get excited for when they return.

The sequel is going to make the most of its Disney properties. A scene that debuted at 2017’s D23 Expo showed the duo meeting nine of Disney’s iconic princesses ranging from Rapunzel to Jasmine. “Star Wars” droid C-3P0 was there, too. We’re ready for all of the video game, Disney, and Internet Easter eggs. 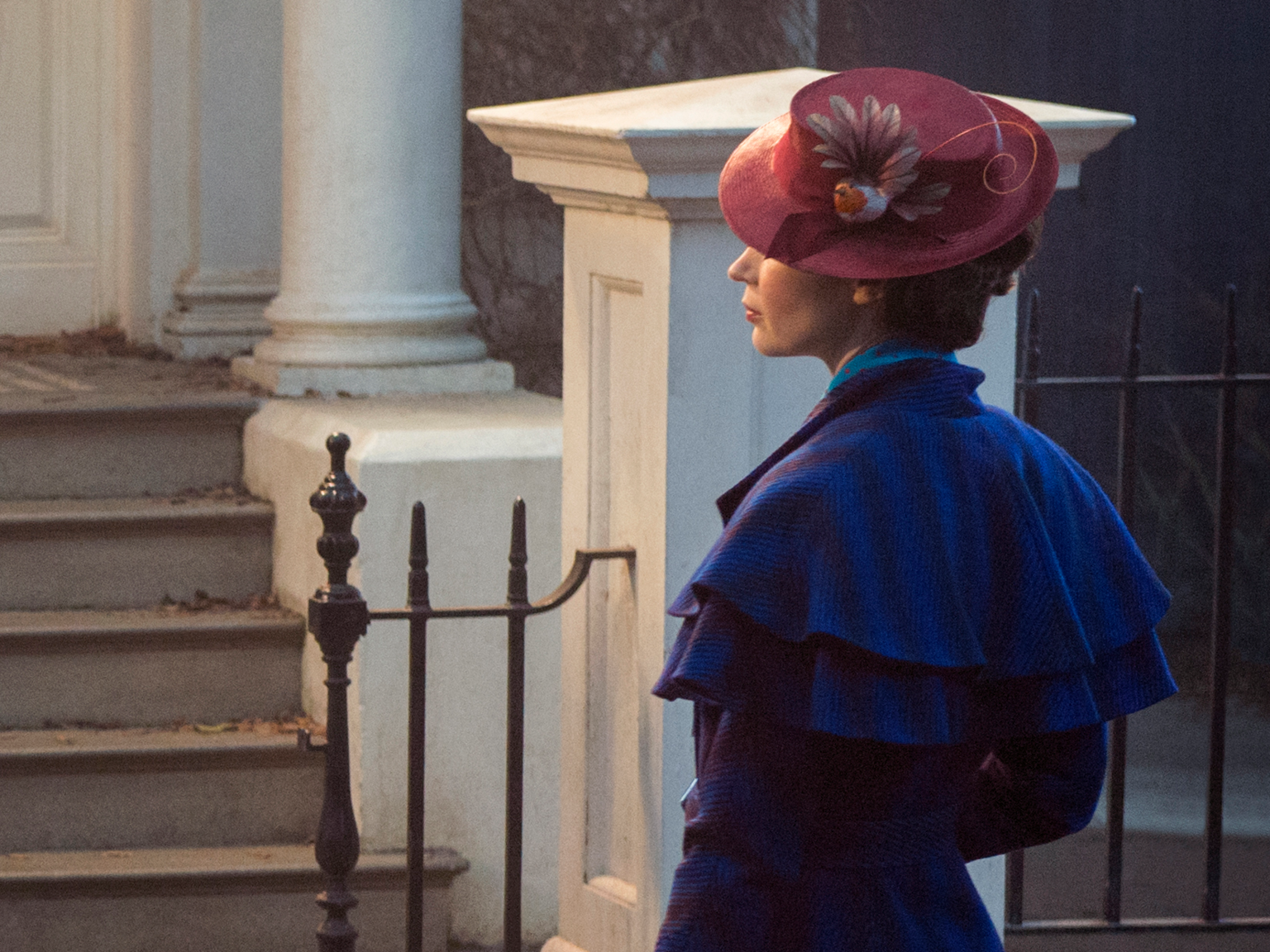 What it’s about: Talk about waiting a long time for a sequel! The followup to the 1964 movie will follow a grown Michael, his three children, and Jane in 1930s London. Mary Poppins (Emily Blunt) will return to bring some cheer back into their lives after suffering “a personal loss.” They’ll be joined by street lamplighter Jack (Lin-Manuel Miranda).

What we’re excited about: We’re not sure if we really need another Mary Poppins movie. But after hearing Emily Blunt sing, we could listen to her all day. (Her voice has literally made her husband John Krasinski weep.)

Plus, we’ll take any chance we can to see lyrical genius Lin-Manuel Miranda of “Hamilton” fame on stage. At the least, the music in this movie should be worth the full price of admission to theaters.

So, which among these is/are the movies that you’re most looking forward to?