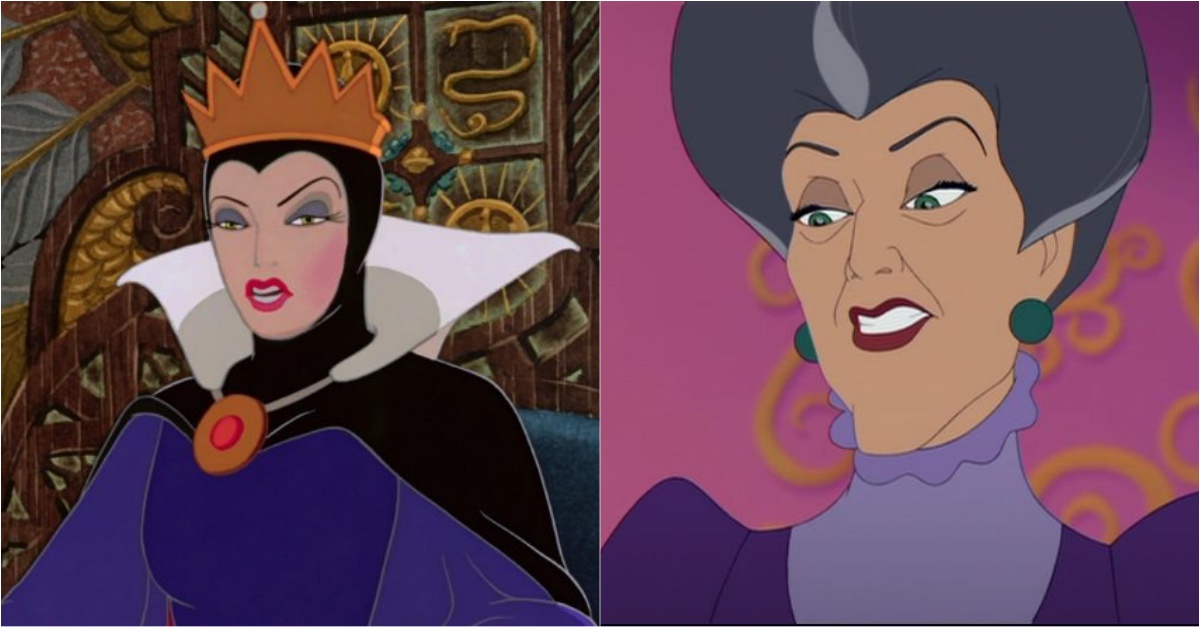 Maybe Villains are not as cruel as we think they are?

Now I know what your thinking. How can I say that ‘The Evil Queen’ is not evil. I mean it’s right there in the name! But listen to me before you garb your pitchfork and try to burn down my house.

We have always watched these movies from the view of the prince or princess so we can’t possibly understand these villains fully. That is why we are here to tell their side of the story.

So most of you might hate Lady Tremaine with a burning passion. You have to see that her husband died who she loved very much. If you look at her from a different angle, you can see that she is just a grieving widow.

While she did reveal her ‘true colors’ after Cinderella’s father died. What if she was only dealing with her grief the only way she knew how? Many people turn cold and distant after their loved one dies.

It also doesn’t help that Cinderella probably reminds her of her husband. So it is no wonder that Lady Tremaine didn’t want to see her and treated her as a slave.

Okay so I admit that Cruella has issues and she does need a LOT of therapy. I mean does a normal person wants to kill dogs just to make a ugly coat out of their fur?

Also her parents did name her Cruella. Doesn’t that hint at something deeper?

I think this is pretty obvious. She is very insecure about herself. And wouldn’t you be insecure too if you had a mirror telling you if you were beautiful or not?

I know that she did try to kill Snow White but that mirror could drive anyone mad.

I honestly feel sad for Scar. yes he did kill his own brother. However, Mufasa wasn’t as ‘good’ as he seemed. I mean he named his pre-teen son the successor rather than his adult brother.

Anyone would feel slighted by that. And his parents did name him Scar. Goes to show who was the favorite of their parents. Simba also wouldn’t know how to rule Pride Rock and he would have probably gotten mad drink with power.

I have mad respect for Ursula. I mean she has clearly gone to Law school. While we may not think she is completely ‘ethical’. She never actually breaks any rules.

Ariel knew what she was getting into and signed the contract anyway. Not Ursula’s fault that Ariel didn’t think to read the contract before.