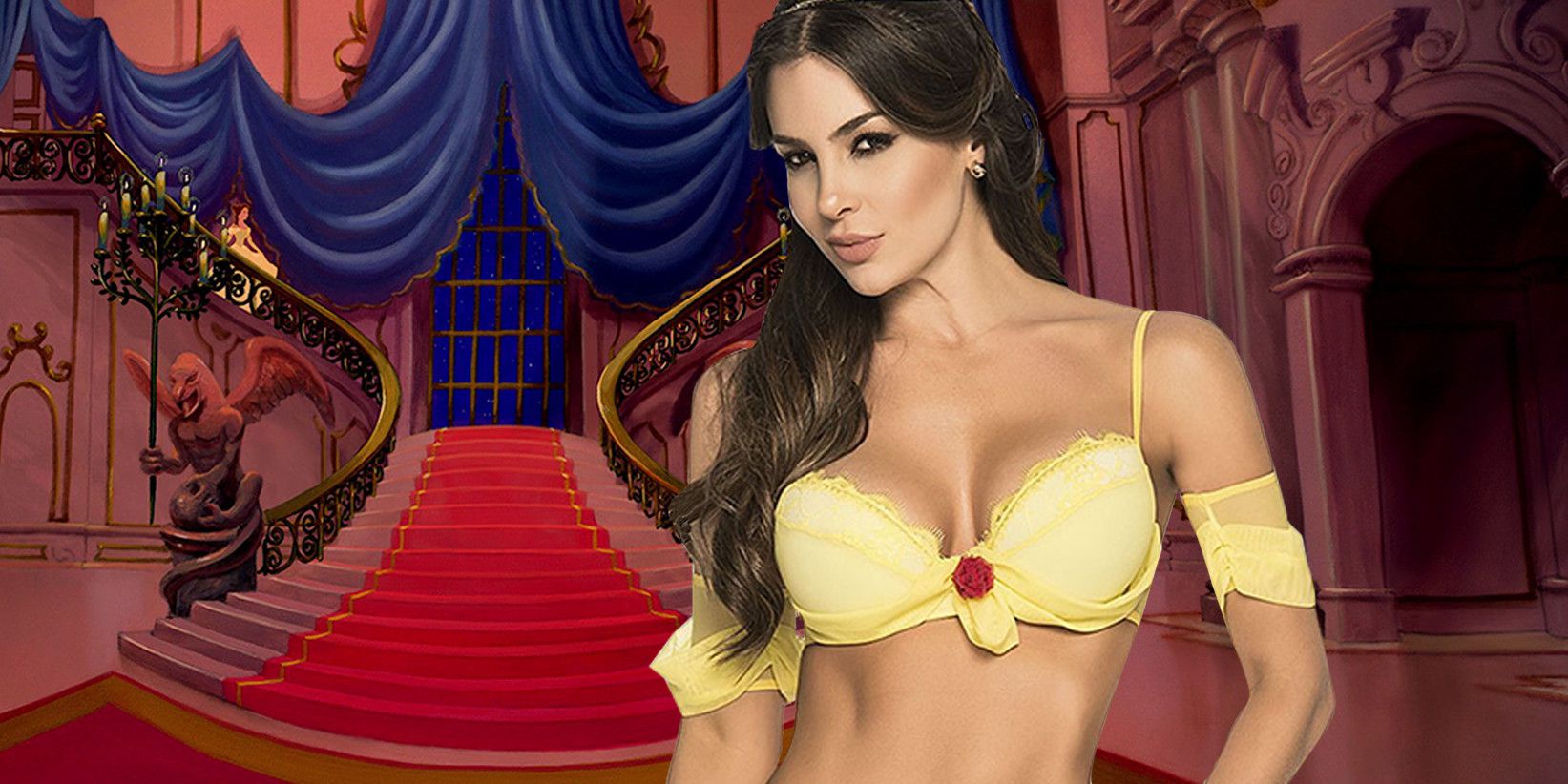 You don’t have to leave Disney behind while growing up.

Here are the experiences shared by women who tried them on:

Belle, Beauty and the Beast 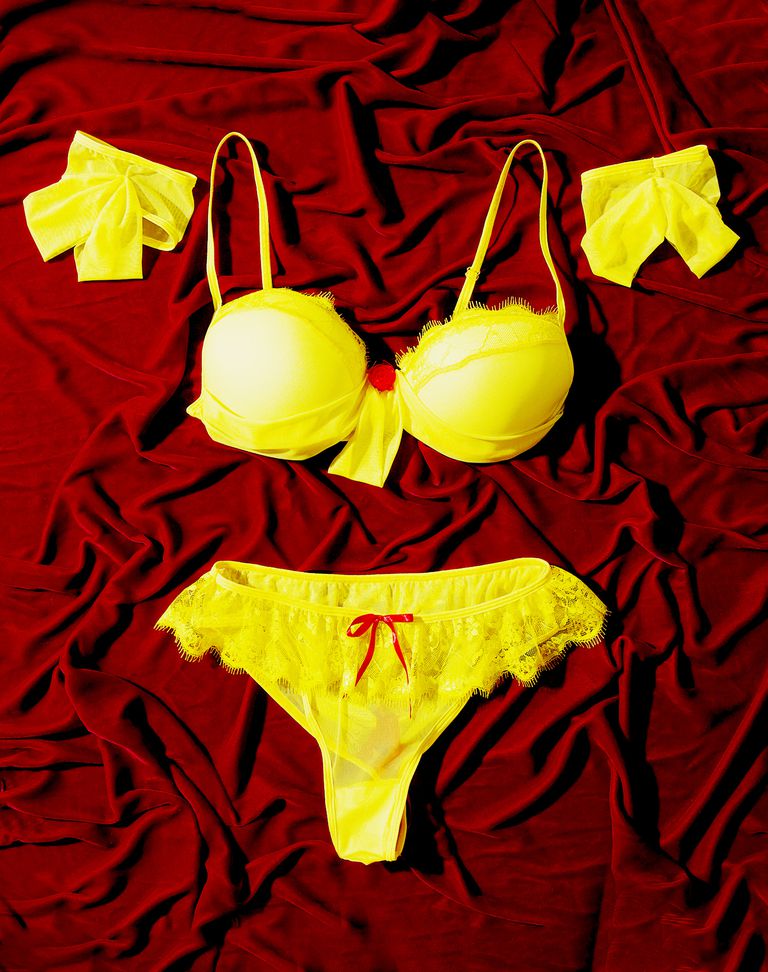 “My boyfriend and I are long-distance right now, so, unfortunately, he could only experience the Belle lingerie via Snapchat. He’s used to underwear Snapchats but I still thought he would notice something different about this one. He did not, even though all of my underwear, fancy lingerie included, is black, gray, or maybe burgundy.

“I texted him to ask if he really thought this was something I would purchase, because (1) it was neon yellow and (2) it didn’t even fit right. He said he couldn’t tell but knew it wasn’t “regular” because of the little sleeve things.

“I was mortally offended that he thought I would ever wear something like this for real but he said he only stayed quiet because he didn’t want to offend me — “I try to be careful not to say things about underwear pics that could be construed as negative.” I took it off anyway because it was really uncomfortable but put it back on later because he wanted to see what I described as “the lace-up butt.” I still thought it was hideous, but he screenshotted it, so I guess he liked it.” 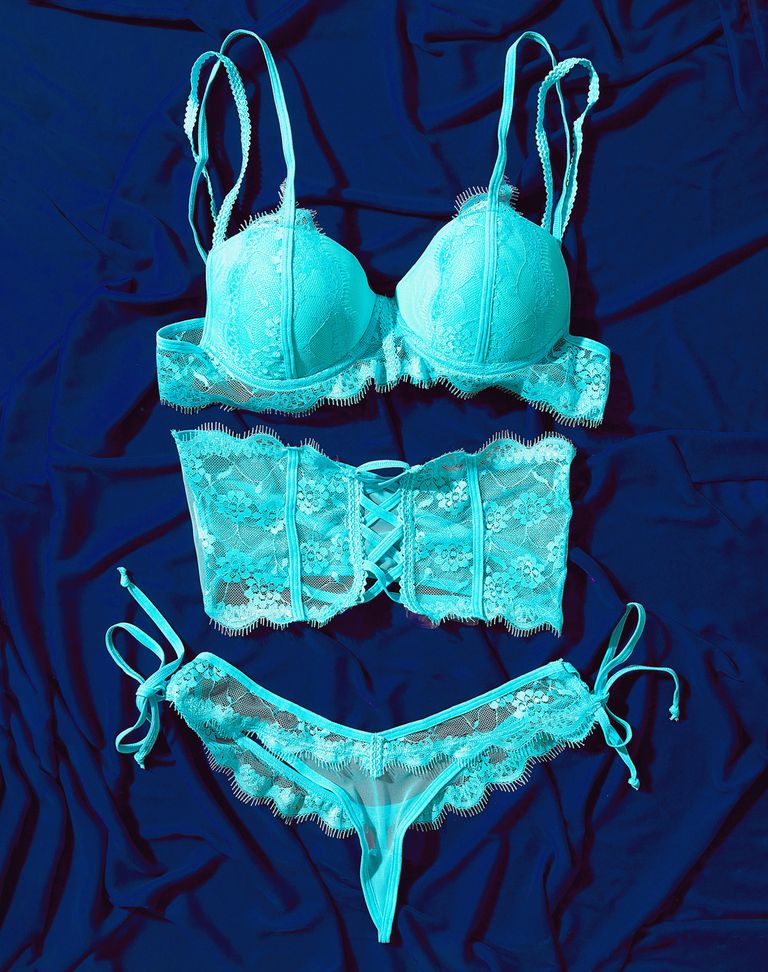 “I chose the Elsa lingerie because, honestly, compared to the rest of the princess options, it had the most coverage. Until you turn around and have the equivalent of dental floss jammed up your crack. But I did like how the cool blue tones complemented my coloring, and the bra’s drawstring back made it really adjustable, which is nice if you’re trying to amp up some cleave.

“When I put it on for my boyfriend, however, he just treated it like normal lingerie, which is fair. This particular get-up doesn’t have many of the trademark elements of the more recognizable princesses, like Belle’s yellow off-the-shoulder top, or Snow White’s red, blue, and yellow color scheme. Part of me was surprised he didn’t catch on even a little bit though, considering that he watched Frozen without me even after I told him I really wanted to see it together, but I digress.

“I didn’t want to straight-up role-play, but I did try some lines from the movie to see if he would get the hint. I breathily whispered, “The cold never bothered me,” and he assumed I meant, “It’s fine, keep the windows open while we bone.” I toyed with the idea of screaming, “LET IT GO!” as he was about to climax but, honestly, some things are better left to animated princesses.” 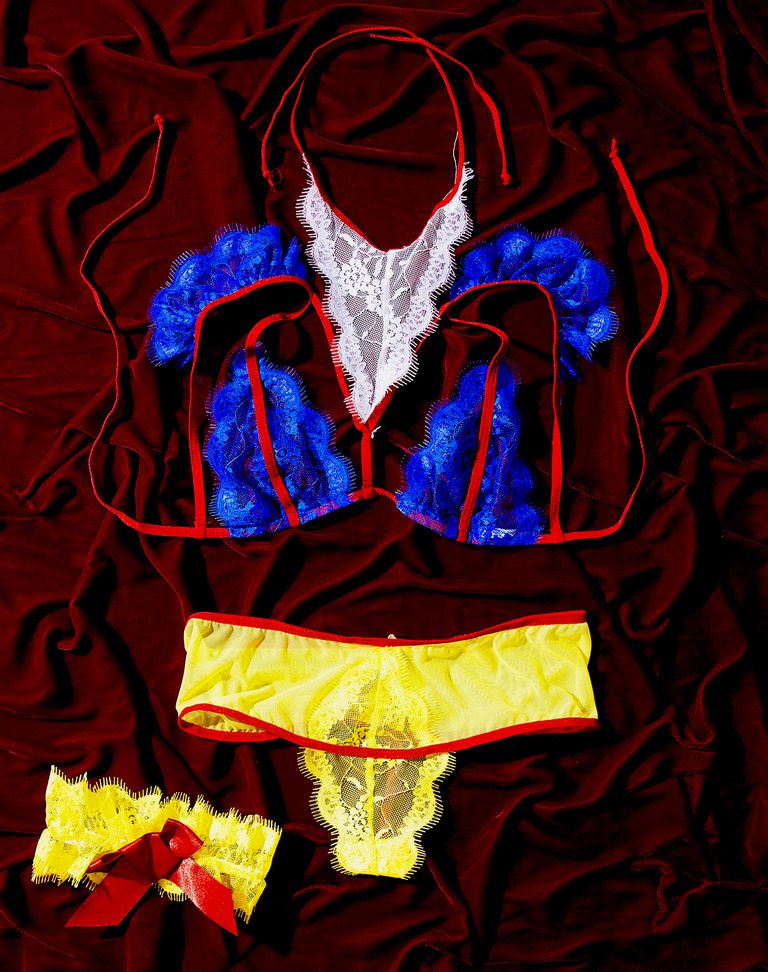 “I tried this on after a long night of drinking with my boyfriend and some friends of his I wasn’t particularly enthused to see. He kind of surprised me/forced me to go to dinner with them, so, needless to say, he was not expecting to have a sexy night after that was finished.

“When we were back in his apartment, I said I was going to get changed and ready for bed, and when I came back out dressed as the skankiest possible version of Snow White, he was floored. Usually, getting ready for bed means a bulky sweatshirt and pajama shorts, so he was absolutely thrilled and got right down to business.

“He had zero clue that Disney princesses were involved in any way, even when I gently asked him if the lingerie reminded him of anything. His answer: “Sexy things.” I prodded a little more, asking if it seemed like a character. “Is it Disney?” I was so excited and said, “Yes! It’s a princess – can you guess which one?” I should point out that I look nothing like Snow White, so I was pretty impressed that he guessed Snow White right off the bat. “The colors made it obvious,” he said.

“After that, he pretty much wanted to forget about Disney and Disney princesses. He was happy that I seemed excited to be one, but he did not want to role-play or do anything involving them. I think he thought it was weird to bring a childhood thing into the bedroom like that? Either way, it was a win-win. I got to be a lingerie-clad princess and he got to see me in lingerie, which hardly ever happens.” 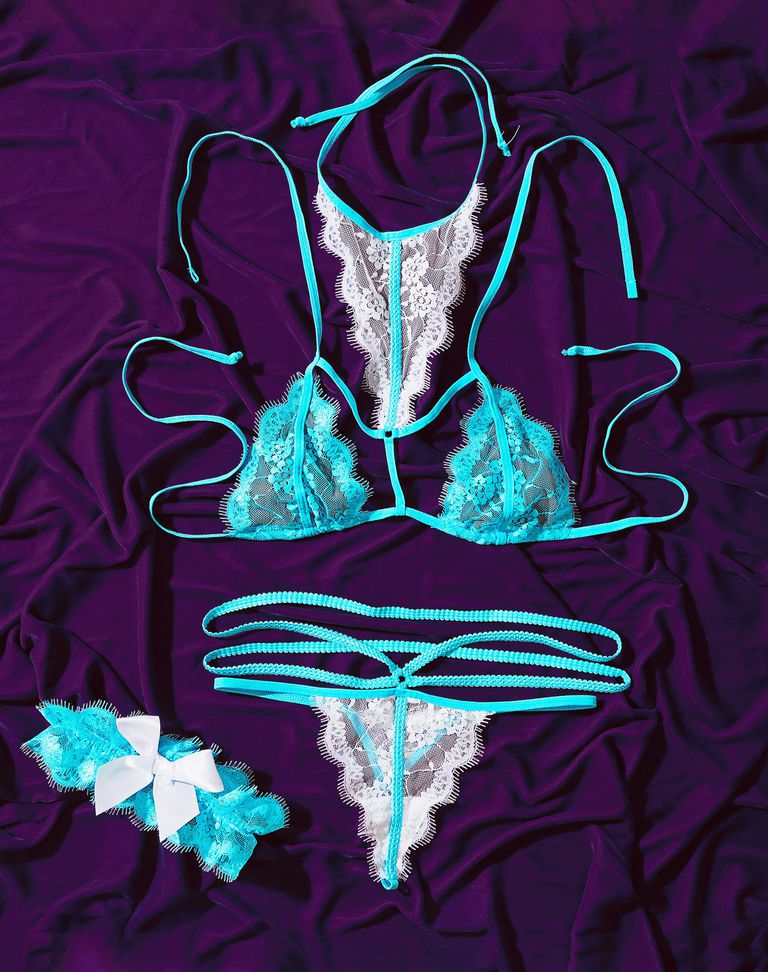 “I’ve been into lingerie and ~sExY~ pajamas lately because they’re fun and make me feel like I’m a grown-ass woman on Sex and the City or something. Even when my boyfriend doesn’t sleep over, you’ll find me in a silk robe, and I frequently update my lingerie wardrobe. So my boyfriend wasn’t totally surprised to see me dressed as an #NSFW Cinderella, although he had no idea it was Disney princess-inspired.

“When I walked into the bedroom with it on, he said, “Is this new? I like it,” and proceeded to point to the garter and say, “Isn’t that what brides throw at their weddings?” Mmmm, yeah. Talk dirty to me, babe.

“The sex was fun! I called him Prince Charming and he didn’t understand why but went with it anyway. Afterward, I explained to him that I wore this for work and that it’s supposed to look like Cinderella. His response was, “Do you get to keep it though?”

“I’d say it was a win and I expect him to bring his best Prince Charming next time.”

*Names have been changed to protect the privacy of the subjects.