No one ever said Disney movies were historically accurate.

Because they are definitely not. From jasmine wearing basically a bralette in a place where people usually wore modest clothing to Snow White wearing a loose dress.

There are many inconsistencies. And that makes sense since Disney only wanted to create an entertaining movie not worry about whether they were historically correct. However, that does not mean, the Internet wants the same thing.

So one artist thought to recreate the beloved Princesses according to their story and the time they were set in. While I am well aware that there is magic in their universe and it’s not supposed to be real.

It is still harmless fun to wanna see an alternative reality where these iconic Princesses looked a lot different than we are used to. The following are all the ‘alternative’ looks for these characters. 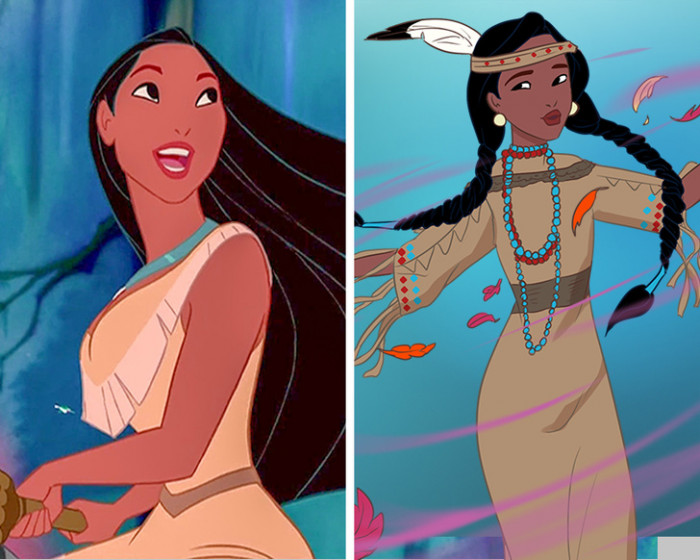 She was only 12 year old in the original story and usually wore animal skin since she was the daughter of the chief of the tribe. 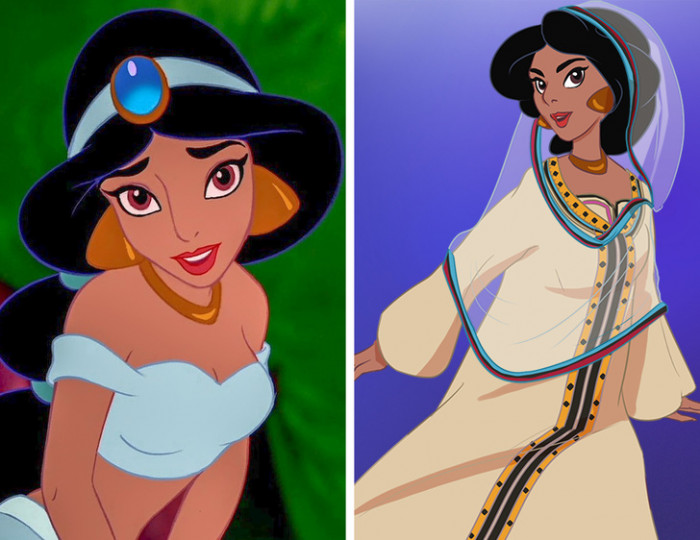 Because of the blazing hot environment, she wore loose fitted clothes that were also modest. And covered her head with a scarf. 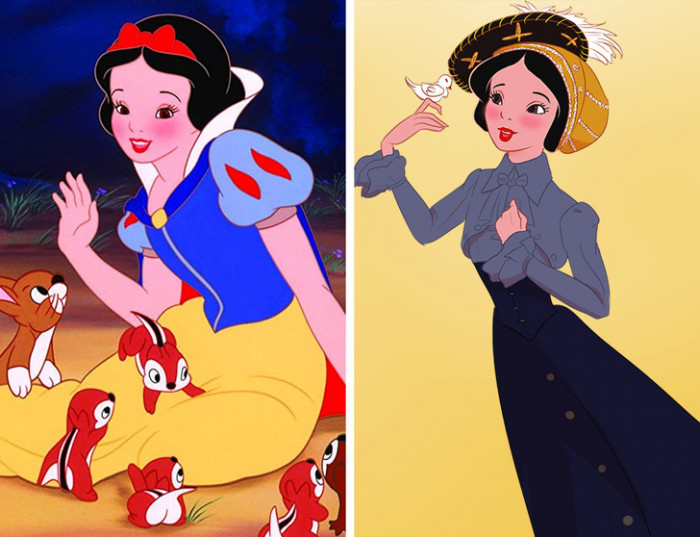 In 16th century Germany, woman wore tightly fitted dark clothes that accentuated their waists. The dresses were usually complimented with an ornate headpiece. 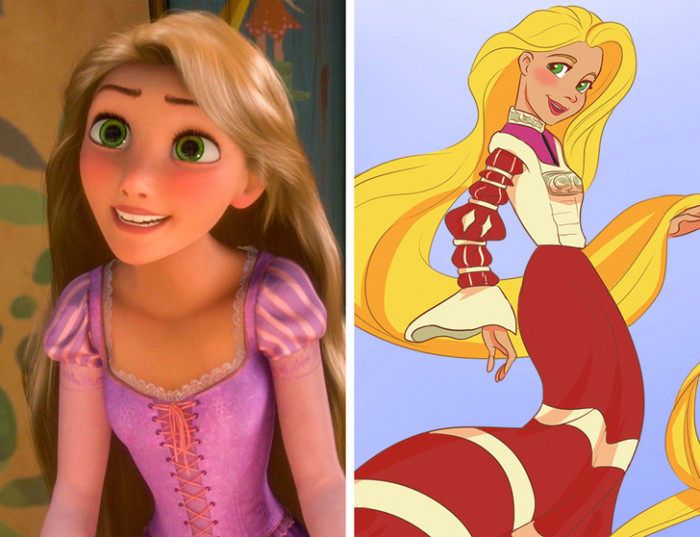 In reality, Rapunzel would have worn what is referred to as a Carnach gown since they were all the rage in mid 16th century.

While her dress is not too far off, she would have worn a Cotehardie dress. A bodice dress with full sleeves and buttons at the front. 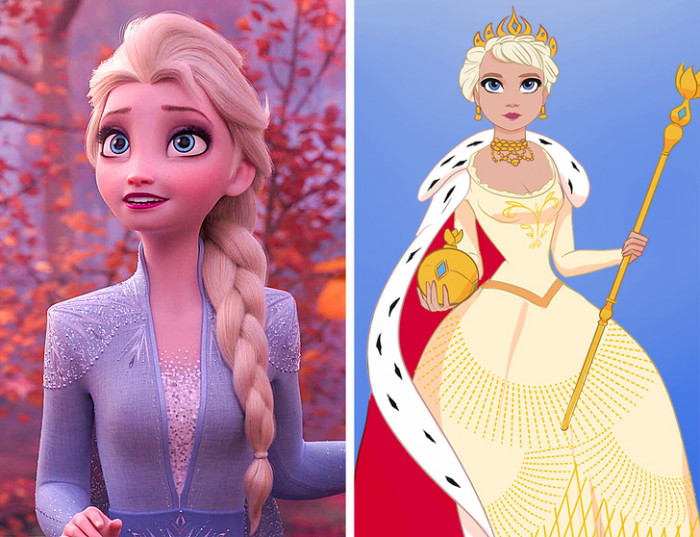 Her dress is far too modern for 18th century. As women in that era usually wore intricate victorian ball gown. And since she was a queen, her cape would have been far more detailed. 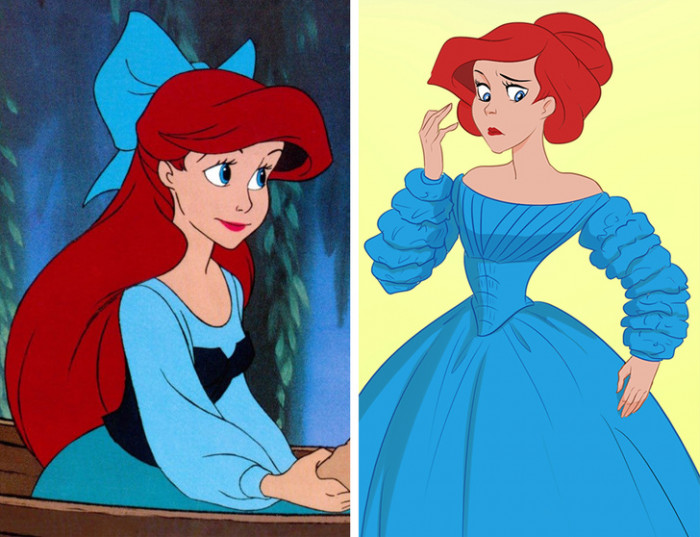 While we cannot attest to what she would have looked like as a mermaid. Her dress should have had poofy structured sleeves rather than the slouched ones she wore. 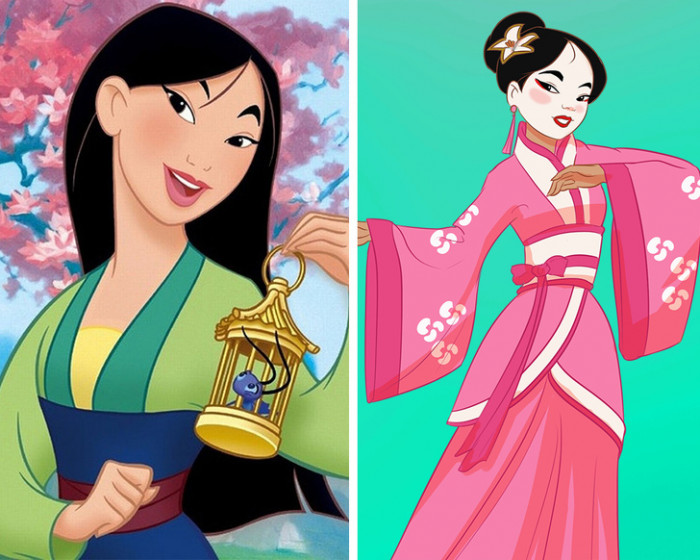 Her dress is actually very accurate even if it is a bit more simpler. 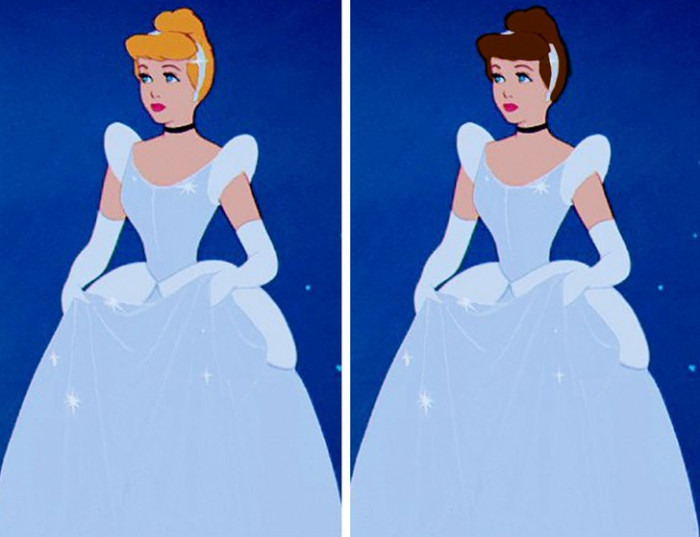 The hair color we know as blonde wasn’t into fashion until the 1830’s. 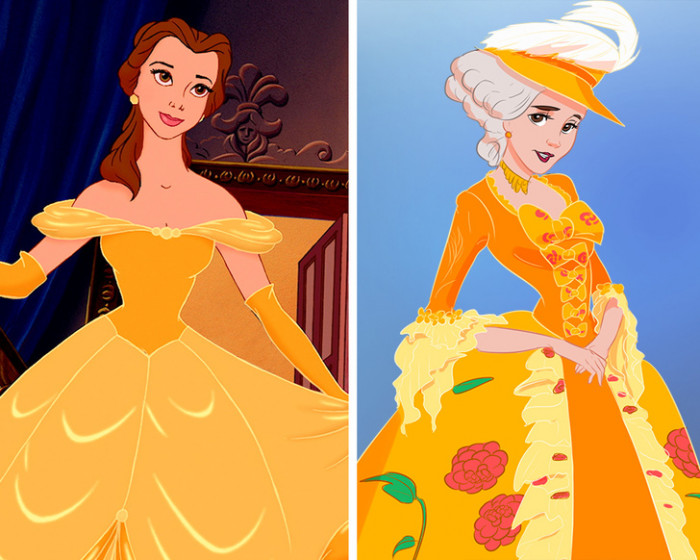 Belle might be the most accurate Princesses according to her era. However, her dress is far too simple for the victorian dresses fashionable at the time.

What are your thoughts on this? Would still have liked the movies if the princess looked like their era-appropriate counterparts? Comment down below and let us know.