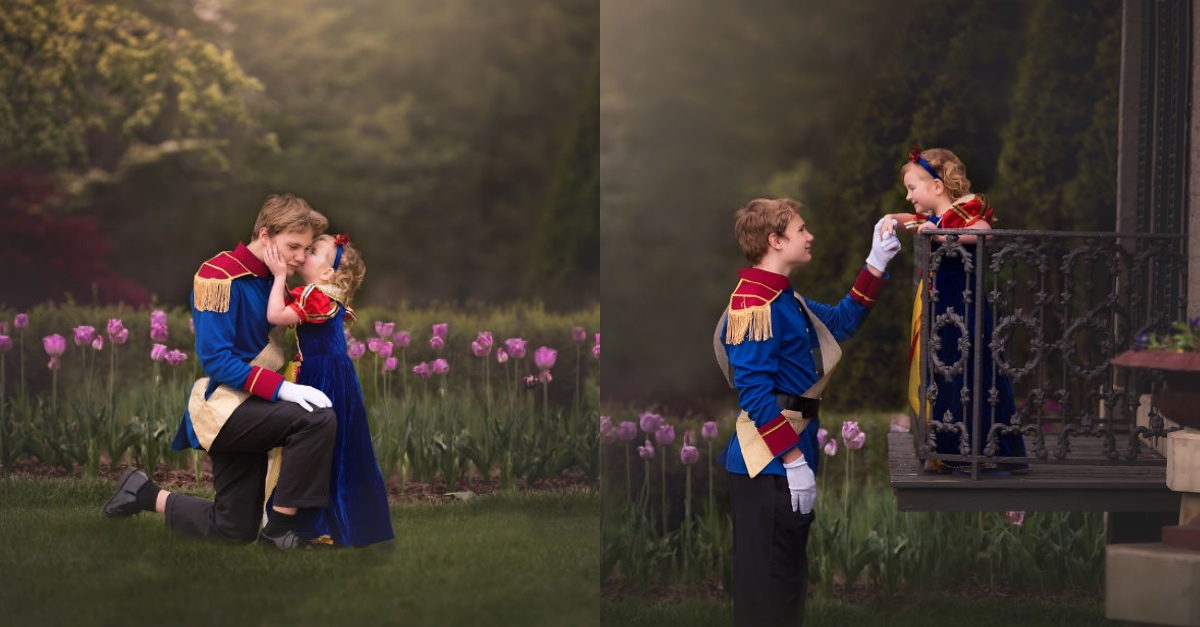 Nothing Is More Pure Than The Love Between A Brother And A Sister.

You see, A 13-year-old boy wanted to do something special for her 5-year-old sister. So whats is more special than dressing up and Disney characters and preserving that moment with pictures.

To top it all of her sisters name is Anabel and she is lovingly referred to as Belle. Seems like she really is a princess. The 13-year-old boy however has been struggling with depression. He didn’t let that stop him though and it is truly a very heartwarming moment.

My 13 year old son Anthony struggles with depression. It has been a battle for him for some time now, and it isn’t always easy for him to be light and joyful… Enter Belle. Anabel, more lovingly referred to as Belle (yes, like the princess) is Anthony’s 5 year old sister.

She is a carefree, effervescent, bouncing ball of sunshine. She has a fairy like quality about her, and makes friends wherever she goes. However, her best friend is Anthony. They have an unshakable sibling bond that stems from the light that she bring to him when he finds himself in dark places.

Anthony Surprised Her Little Sister With The A Magical Themed Photoshoot. 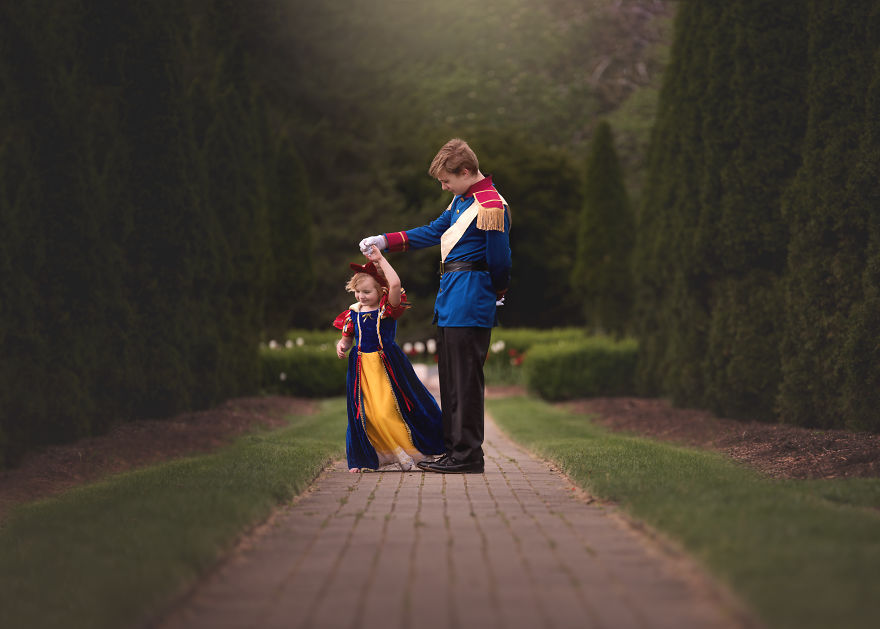 Anthony Wanted To Dress Up As Disney Characters As They Had Just Celebrated Belle’s Birthday. 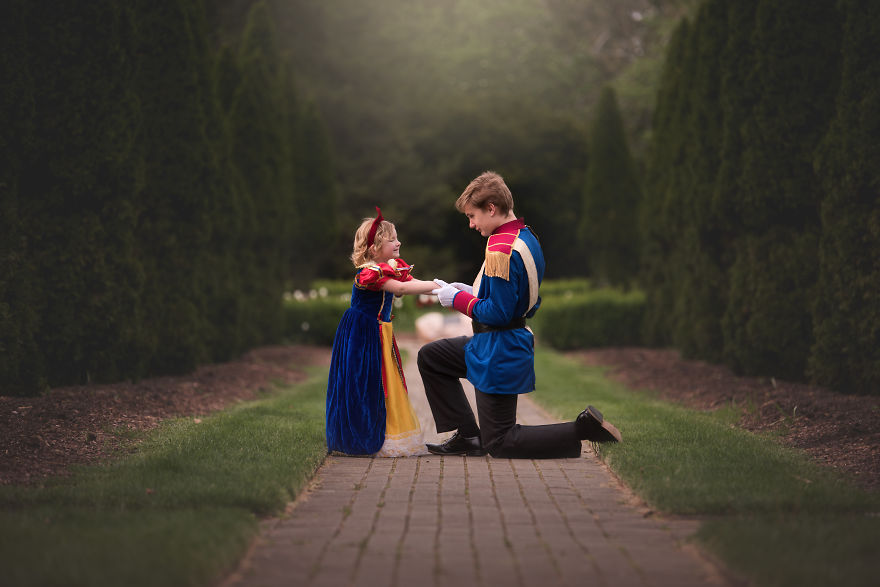 “We put together the Prince Charming costume and then he chose a Snow White dress to match the blue and red costume he had chosen for himself.” 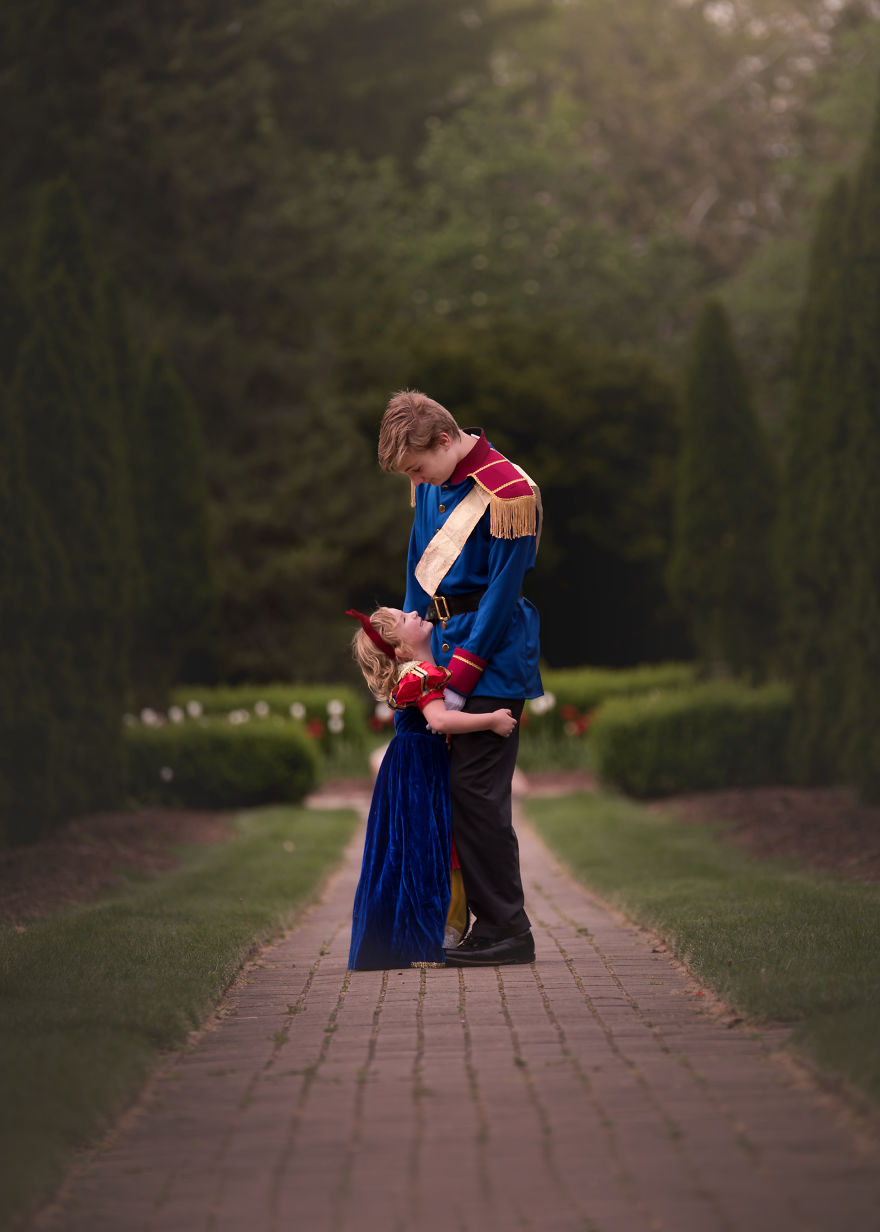 “I can’t explain the joy on her face when her “favorite boy in the world” came into the room just before the photo shoot dressed as a prince, and gave her a brand new gown.” 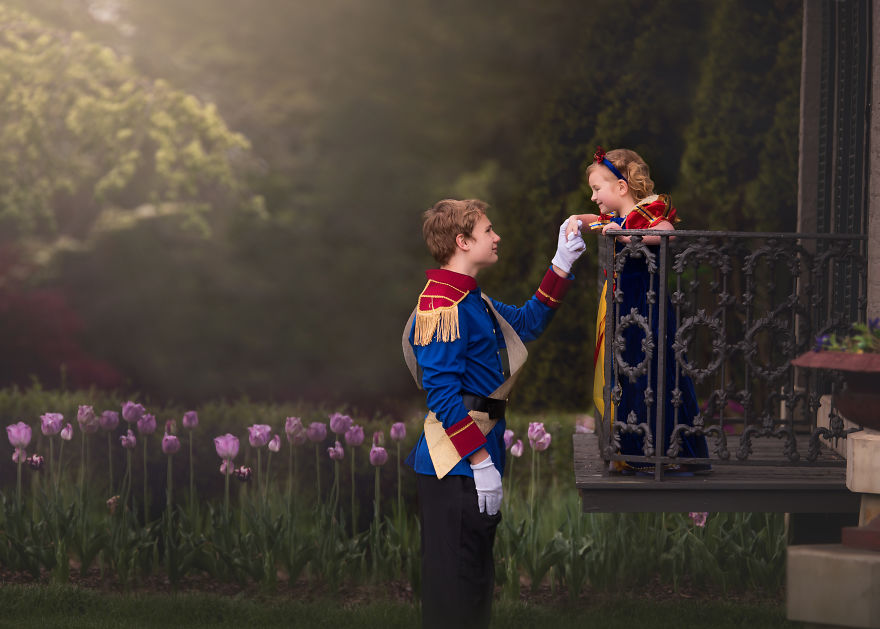 “The photo shoot was probably the most heart warming thing I’ve experienced as a mother. He carried her from one spot to the next so she didn’t trip on her dress, and she would giggle and hug him between every shot.” 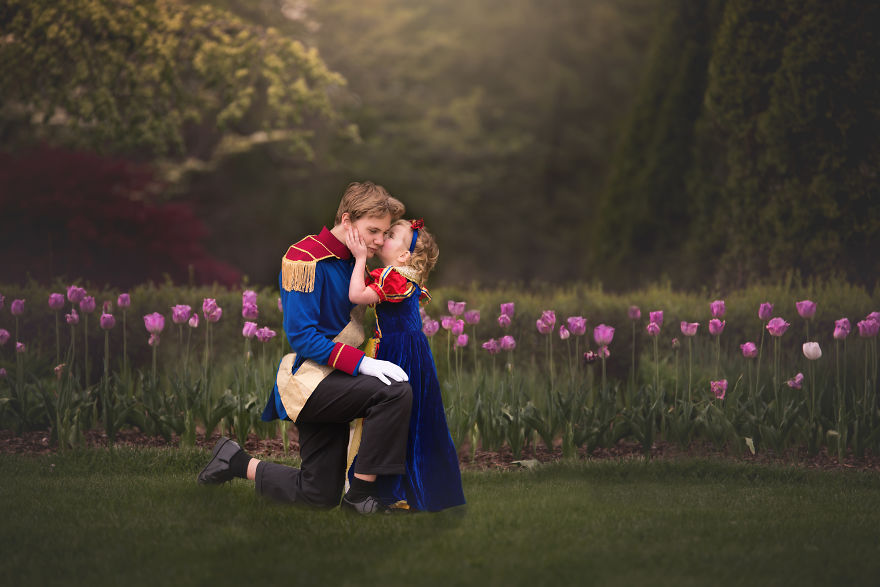 Anthony would spin her around and laugh at how happy she was… And that’s what it is all about to me as a mother… as HIS mother. When you have a child who battles with themselves day after day, there is nothing you wouldn’t pay to see them smile.

Belle brings that out in him. He gave her an incredible gift and in return she made him genuinely happy. That was a gift she gave in return to both Anthony and myself.

I could hardly finish the photos through the tears of pride and happiness. When they were done, they were perfect to me. I am so proud of my son, his warm heart, and the spot in it that is reserved for his little sister. He amazes me and I am so proud of him.