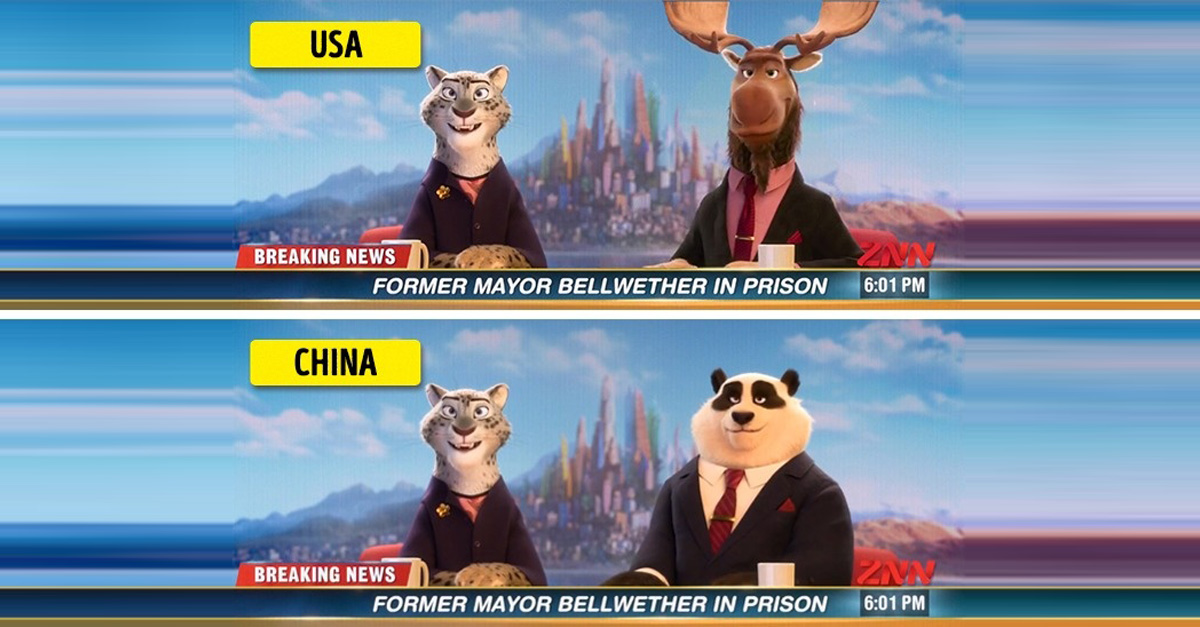 Every country has their own rules.

And these rules also apply to cartoons. So the version you see inside the cinema or on your TV might not to be the one everyone else in the world id seeing. As the cartoon industry has to change little thins that will suit their target audience.

Following are some of the movies that had to undergo little changes so they could be shown around the world. And some of these might seem quite silly.

Turns out no everyone in the world hates broccoli. Especially in Japan where little kids love their vegetables so Disney changed the scene where Riley refuses to eat broccoli. They replaced the broccolis with green peppers.

You might also remember the scene where  Bing Bong spells danger from left to right. However that was changed to right to left for languages written in the alternative way.

The cupcakes were embellished with frosting that said ‘Be My Pal’ in the American version.  Which later spelled out to be lame.

The meaning of lame becomes different in many languages so they replaced it with little smiley faces in the global version.

The same treatment was given to the Scare games which was later turned into a logo.

The sticker of ‘Paradise Falls’ was turned into an actual image in the global version.

The scene where Buzz Lightyear gives an encouraging speech to the gang so they would search for Woody while he stands in front of the American flag.

The flag was changed into a globe as he gave his speech while the One World Anthem played.

I am sure you all remember the Canadian lady-plane Rochelle from the movie planes. Well, she was changed into Carolina for Brazil, Tanya for Russia and Heidi for Germany.

Hayao Miyazaki is a well known animator of cartoons and Racer Minty Zaki was named after her. However in the Japan version, her name was changed into Minty Sakura and so was her appearance.

The informations anchors in Zootopia were changed for many countries. North America, France, and Canada had a moose. While Japan had a tanuki. Australia and New Zealand had a koala.

China had a panda, the United Kingdom had a corgi and Brazil boasted a noticed jaguar.