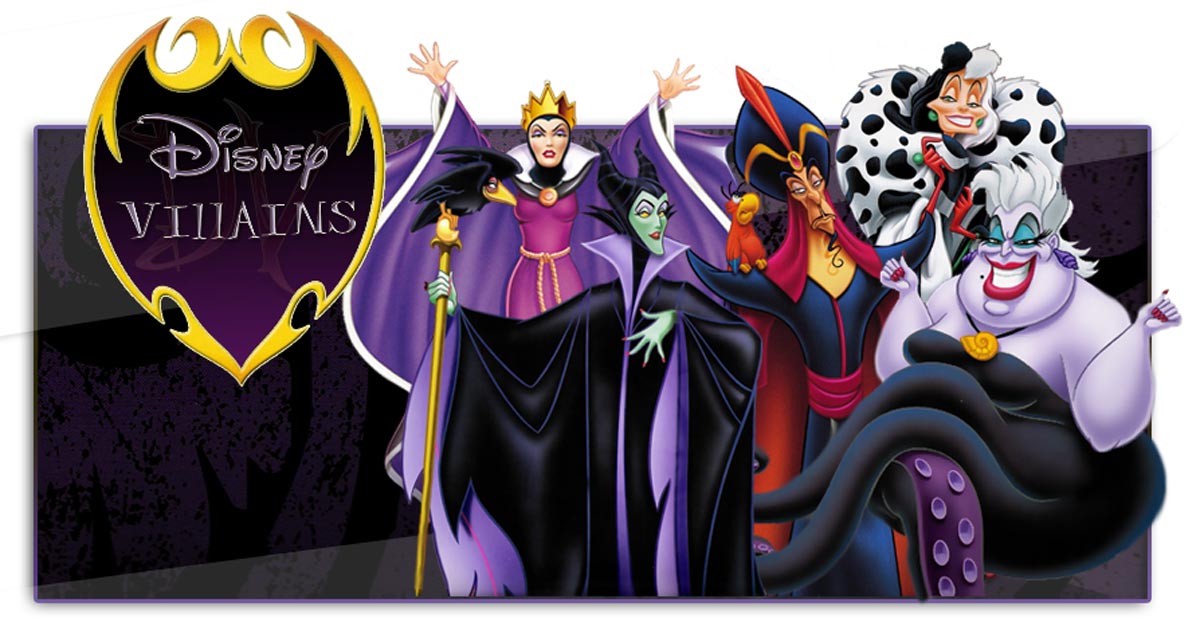 Okay, I know what your thinking. That they are pure evil and what not. While I agree that most of them can be ‘considered’ evil. They might have a point after all. Don’t believe me? Well take a look at what others have to say.

#1 Gaston, Beauty and the Beast.

He was a hunter by nature and there was a deadly beast in his village. He rightfully took a militia and attempted to seize the Beast. Girl taken hostage, father taken hostage previous to her, the Beast’s servants and maids were all essentially hostages. I mean I still feel for Gaston. If Belle didn’t have that weird fetish this would make an awesome rescue story!

Gaston would’ve called instead of showing up late at night with torches and pitchforks but he didn’t know the phone number of the Beast.

Prince John was the ruling patriarch of England in his brother’s absence, and was perfectly within his rights to try and capture and execute a known thief.

In a legally declared war between two nations, Shan Yu took the capital with a minimal loss of life and tried to force the Emperor to abdicate, rather than just start slaughtering civilians. Also he’s a fricking Hun.

Scar was actually a hero for ending the systematic racism against hyenas and promoting an equal society. It’s not his fault that an unfortunately timed drought made things difficult for him.

Mufasa was actually a dictator who not only hated the hyenas and ate any of his subjects if he found them inferior but also sought to install his idiot brat of a son on the throne while bullying the animals (like Zazu) who do the actual work into obedience.

As the leader of the Galactic Empire, (who was given that position by a senatorial vote) the Emperor did nothing illegal in his pursuit to quell a rebellion that on multiple occasions attacked Imperial positions, specifically the destruction of an Imperial space station.

For legal precedent see: American response to the bombing of Pearl Harbor.

#6 The Queen, Snow White and the Seven Dwarfs.

There is no conclusive proof linking her to the hag that gave out the apple, nor any solid reason to believe that it was the apple that caused her step-daughter’s sickness

Ursula made a contract with Ariel that had no clause saying that Ursula was not allowed to interfere. The contract stated that she had to get Eric to fall in love with her without her voice, she failed, and she has to pay the price for her failure.

It’s not Ursula’s fault Ariel doesn’t put things by a lawyer before she signs them.

The guy who killed Bambi’s mother didn’t commit a crime. He was providing for his family by putting venison on the table.

Jafar was merely upholding the duties of his office. The Sultan was a bumbling idiot, which made him effectively the ruler. Poverty and crime are rampant, forcing the expansion of the city watch. However in order to get as many guards as possible, the standards need to be lowered, resulting in an incredibly corrupt and aggresive police force. Agrabah is on the verge of collapse, and there is only one hope to save it: Princess Jasmine marrying the ruler of a powerful kingdom.

Of course, Princess Jasmine was extremely reluctant, having all of her suitors nearly killed by her pet tiger. The oaf of a Sultan refused to discipline her and as a result the likely hood of a royal match was decreasing rapidly.

In an act of desperation, Jafar turns to the legend of a lamp carrying a genie, which he will use to save the city, and hires a young street rat to recover the lamp. As we know, the plan backfires and the street rat abuses the Genie’s power to weasel his way into marriage.

It’s not actually illegal to kill dogs for their fur, I suppose. Gauche, but not illegal.