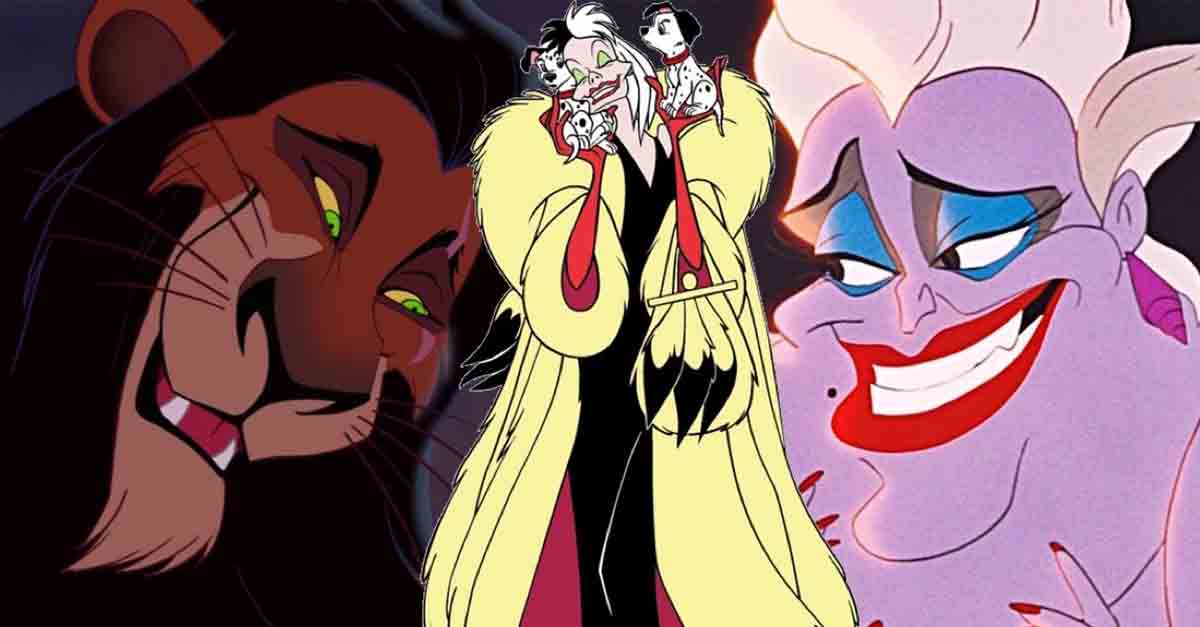 The following characters are in need of a therapist.

While these characters might not be real. They still don’t have any trouble sending a chill down our spine. Their heinous crimes aside, there is something seriously wrong with their heads.

While she does not have any magic herself. That does not stop her from kidnapping Rapunzel and locking her in a tower. Not to mention she almost succeeded in killing Flynn.

He may seem like a nice and handsome prince. In reality however, he is not above killing a princess and seizing the kingdom for himself.

He may not be the most evil villain out there. He is still a disturbed little man as he kidnaps Remy and forces him to create delicious frozen dinner.

Whats worse than being evil? Well being an impeccable liar and a world-class manipulator.

He might have not been in the movie long but he made quite huge impact. As it was clear he was Impulsive, impatient, and egotistical on top of being a Nazi, of course.

It is quite clear that Jafar was greedy for more power. He also didn’t care how he got the said power either. Even if that meant murdering and kidnapping.

His name says it all. He loved to tempt adults and children alike with his magic tricks so he could control the town and everyone in it.

Are hunters in Disney movies every good? I mean he did try to kill the beast when he learned that Belle was in love with him.

He is not going to win any awards as far as good fathers go. I mean he did keep his daughter locked and never let her out of the sea. How could we forget that he blew up her most prized possessions?

As far as evil step-mothers go, she comes out at the top. She forced her step-daughter to basically become a house maid right after Cinderellas father died.

I am quite sure, She is the epitome of narcissist. Who else do you know who would actually murder for beauty? (Don’t answer that.)

She has quite simple motivations really. She just wants to usurp the throne and kill Ariel and her Father.

What can be said about Scar that has not already been said? I mean he killed his own brother and manipulated Simba so he would run away.

Frollo is a deranged, bigot and a sexist. Did we mention he killed an innocent woman and would have killed a baby too?

Nothing is worse than a person who enjoys skinning baby animals. To top it all off, she turns the skin of puppies into horrendous coats. Seriously, who does that?