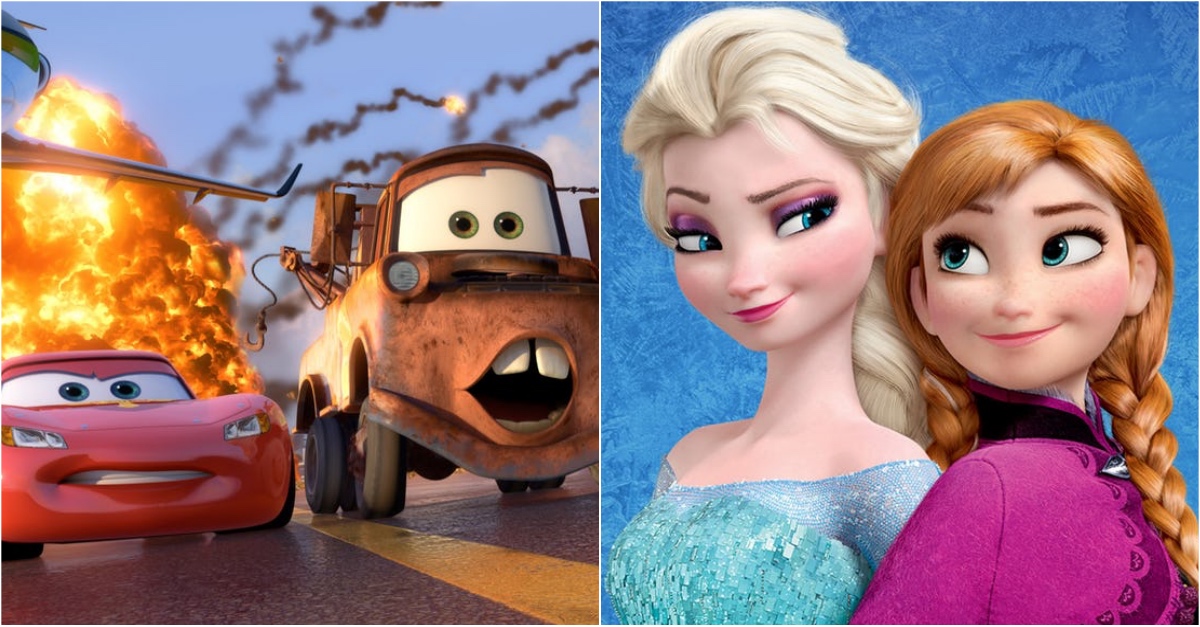 Okay, so that is a complete lie. Since we all know Disney movies have quite a lot of creepy details hidden in them. Sometimes we wonder as to why these movies were made for kids.

Today however, we have 15 of the darkest fan theories. You might have already known some of these. While you might be surprised by others. So lets begin, shall we?

#1 Many lost boys are murdered by Peter Pan.

Ever wondered why no one grows up in Neverland? You see there is a theory that Peter Pan kills the lost boys before they grow up. That is certainly the case in the original story.

“The boys on the island vary, of course, in numbers, according as they get killed and so on; and when they seem to be growing up, which is against the rules, Peter thins them out; but at this time there were six of them, counting the twins as two.”

#2 Carl was dead from the start of the film.

While the opening of the movie UP couldn’t be any more sadder. The whole movie gets another meaning when you realize that he has been dead since the moment he received the call that he will be moving into a retirement home.

How else could you explain a home rising up in the sky and a villain fallen from grace?

I’m probably slow but have only just noticed that in Frozen, Kristoff’s coat is made from fur. And if you look closer at the pics the fur part seems to be reindeer. I don’t think it can be wolf cos the pelt is too big.
That makes it a bit awkward, tho, that Kristoff’s best friend is a reindeer and he’s actually wearing his skin. But in the context of the story, it all fits together.

The ice harvesters must have killed Sven’s mother, leaving a baby Sven for Kristoff to look after, and giving him the pelt to wear. This explains why Sven is so close to Kristoff too, and why Kristoff still wears the same pelt. The smell reminds Sven of his mum.

#4 Aladdin is set in a post-apocalyptic future.

Genie does tend to make quite a lot of 90’s references. However, he does say ‘10,000 years will give you such a crick in the neck!’ So it is likely that the film takes place in the future where seeing a magical rug fly isn’t a big deal.

#5 Bambi’s mother was killed by Gaston.

Is anyone really surprised? I mean he does proclaim himself as a master huntsman. We also see a suspicious looking doe drinking from the stream at the start of the film.

#6 Gepetto and Dopey are the same person.

To start it off, they look alike, they also have very similar personalities (confused, scaredy-cat-like, kind, clumsy, etc.)
There were always 6 dwarves. Wandering around, they found a baby and thought it was a dwarf. ‘Dopey’ grew up with this ‘family’ that was holding him back.
When he grew taller than them, they kicked him out and he walked all the way to Italy, where he started building up his own home. He was always in love with Snow White.

So much, that when he created his most precious doll, his intention was to create their child – what it would look like (black hair, rosy cheeks, blue eyes, thin eyebrows). He became a very lonely man, after living with so many for so long!

If you look closely, you can see a mermaid who suspiciously looks like Ariel. Since, we all know about how Ariels mother died by the hands or hook of a pirate. It only seems logical.

Emily is actually Andy’s mom, all grown up. It’s bolstered by the short glimpse we get of Emily — the hair is a bit lighter, but otherwise they definitely look similar. Maybe more convincing is Andy’s old red hat.

It really does look like a larger version of Jessie’s, and it just so happens that we know that Emily had a hat just like it. So maybe the hat is a hand-me-down from Andy’s mom, who had it back “when she loved me,” and Jessie doesn’t recognize an aged-up Emily.

Well, we know that Andy’s mom has seen Jesse at one point or another, but we never see her react with nostalgia or even recognition. This is as opposed to Andy, who still has a lot of affection for Woody and Buzz as he goes off for college. The point being, Emily doesn’t remember Jessie like Jessie remembers Emily.

She was a beloved toy for a brief period, but then she was forgotten and left to die like a Tomagatchi entombed in its own digital poop. Whereas Jessie had a terrible time trying to let go, Emily never gave it a second thought.

Imagine you had one incredible evening with the most wonderful person you’d ever met, and you thought about them for years — only to discover that they couldn’t recall that night at all.

#9 Peter Pan is a figment of Wendy’s imagination.

Wendy was afraid of growing up so in order to escape for just a little while she would read fairytale to her two little brothers john & michael. She started making up fairytale which lead to creating peter pan who was no more than a figment of her imagination.

Whilst telling a fairytale to her two young brothers after a stressful day being told to grow up by her father she decided to commit suicide convincing her two young brothers to come along with her “a place were we’ll never grow up were there is mermaids and pirates” (heaven) they commit suicide by jumping off the balcony & are then in a coma dreaming about all the adventures their having when really they are in such a bad condition that their parents are told to keep them at home connected to the drip with nurses at their side.

After a while of being in their coma and stuck in limbo they start to miss their parents & want to go home which result in their souls flying back into their bodies waking up from their coma. If they had ran away why was their parents always beside the beds and not out looking for them? Peter pan was just a figment of Wendy’s imagination who she created stories out of and told to her younger brothers. Neverland was a dream they had in their coma’s.

#10 Elsa and Rapunzel are sisters.

Except from the obvious physical similarities between these two and the lack there of between Elsa and Anna (Specifically the blond hair). Elsa and Rapunzel are the only two princesses with magical powers.

#11 Cars takes place in the future.

Many people believe that all the Disney movies take place in the same universe. Well that would be quite hard to explain with cars as there are no humans in sight.

What if all the humans were wiped out by the pollution giving way for movies like Wall-E and Cars?

#12 Boo and the Whackaddodle witch are the same person.

How you may ask? Well let me paint a picture for you. After Sully walked out on Boo. She was devastated and set out to find a way to get back. As she already had some knowledge of the workings of the magical doors. Who’s to say, she didn’t stumble upon a door to Brave in her search for Sully?

#13 Peter Pan is actually a pedophile!

I promise this is the last Peter Pan theory. Lets be honest though, we all know that Peter Pan might look young he is mentally quite old. Did you forget that he loves to spy on kids through their bedroom windows?

#14 Chip is the illegitimate child of the beast.

Lumiere tells Belle that their curse has been going on for 10 years when she arrives.  Chip is definitely younger than that, so it makes sense that Chip is not Mrs. Potts’ son. Then whose son is he?

You see prior to being turned into Beast  Prince Adam might have gotten lucky with some village girl right before being cursed Or Belle wasn’t the first woman Beast tried to force himself on in an attempt to break the curse. This poor human might have given birth to a talking tea cup before dying of unnatural causes.

Nemo might have been dead the whole time. I mean the story is quite a spot on representation of five stages of grief. Let me explain.

Marlin doesn’t want Nemo to go to school because his son isn’t ready – Denial. Marlin then yells at Nemo for swimming out too far – Anger. Marlin joins up with Dory, sharks, turtles, etc… to find Nemo – Bargaining. Marlin watches as Nemo gets flushed down a toilet and loses it – Depression. In the end, Marlin finally learns to let go of the past and change his ways – Acceptance.

Did any of these theories make sense? Or are they just lies? Comment on below and let us know!