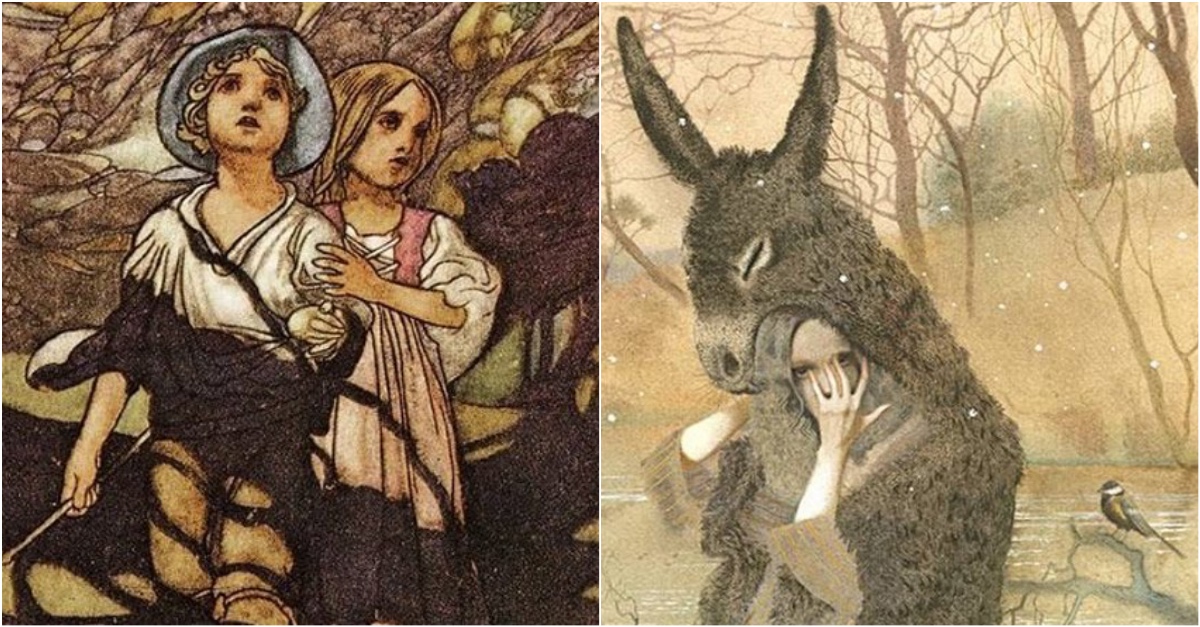 Disney is known for its lighthearted, lively and hopeful movies that prominently feature Princesses and Princes that always get a happy ending.

But many of the stories Disney derives these stories from are actually pretty far off from what they’re portrayed as.

We therefore decided to bring to you a compilation of such stories that Disney WILL NEVER adapt for the big screen.

1. “Donkeyskin”, The Disney Princess That Never Was 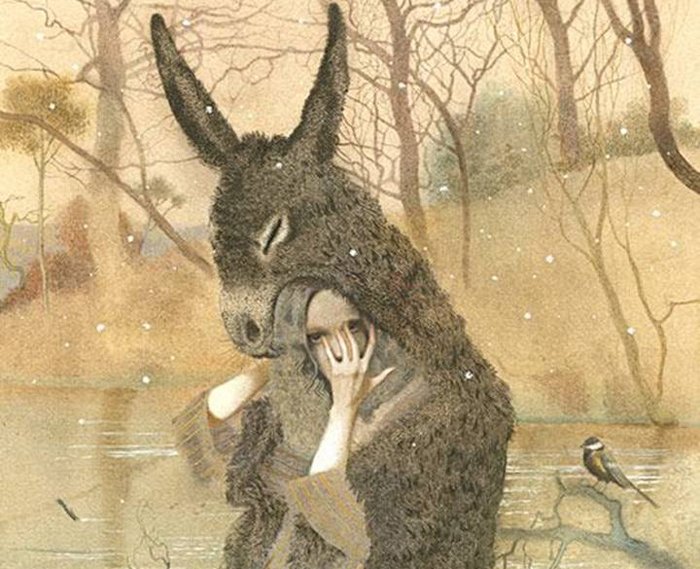 Not your average Princess’s story with a Prince Charming and a happy ending.

So, basically this revolves around a King who has a lovely wife/Queen, a loving daughter and an actual donkey who poops gold. Beat that!

Before the Queen dies of a mysterious illness, she asks the King to promise her on her friggin’ deathbed that he will marry someone of a royal descent to continue the noble bloodline. And after a long search proves unfruitful, the King decides to marry the only other woman in his sights who belongs to a royal bloodline – his own daughter! 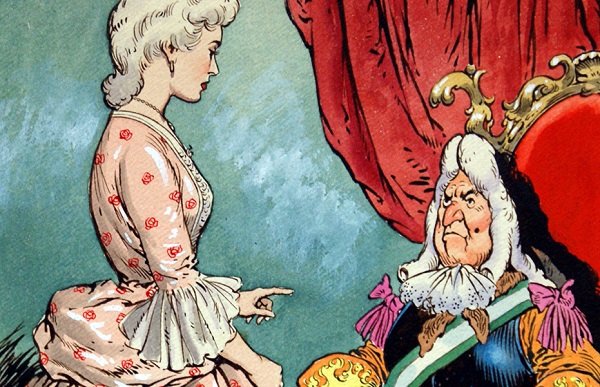 The Princess is naturally creeped out of her wits by this proposal and consults her Fairy Godmother, who asks the poor soul to lay down certain conditions for the marriage to go through – including the skinning of that gold-pooping donkey. The King goes all Game of Thrones on her and fulfills all her demands. The Princess is left with no choice but to run away with some of her belongings, including the eponymous Donkeyskin. 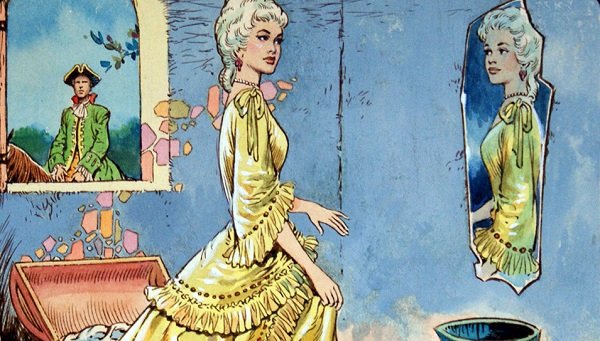 But of course she finds a Prince Charming and ends up marrying him after a prolonged game of hide-and-seek. 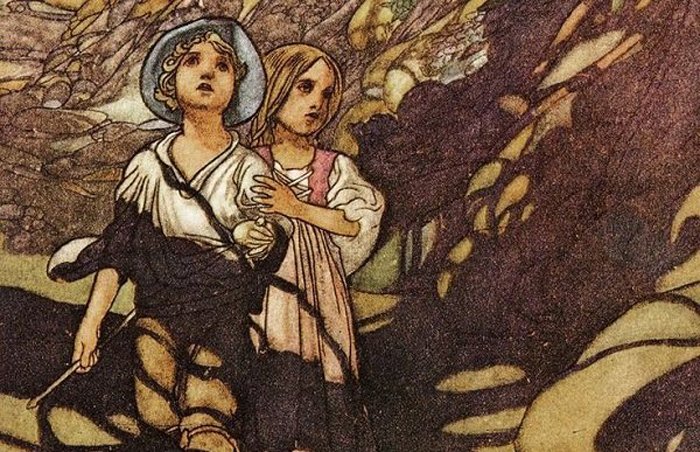 Two children are left wandering in the forest after their parents decide it’s better to let these prepubescent turds go rather than do what most parents do – take care of them.

The children end up in the forest and after months of toiling hard, they come across an old lady in a red keep who takes care of them. Cool, right? Wrong! Because the lady is married to Satan himself who has a particular knack for eating little children. 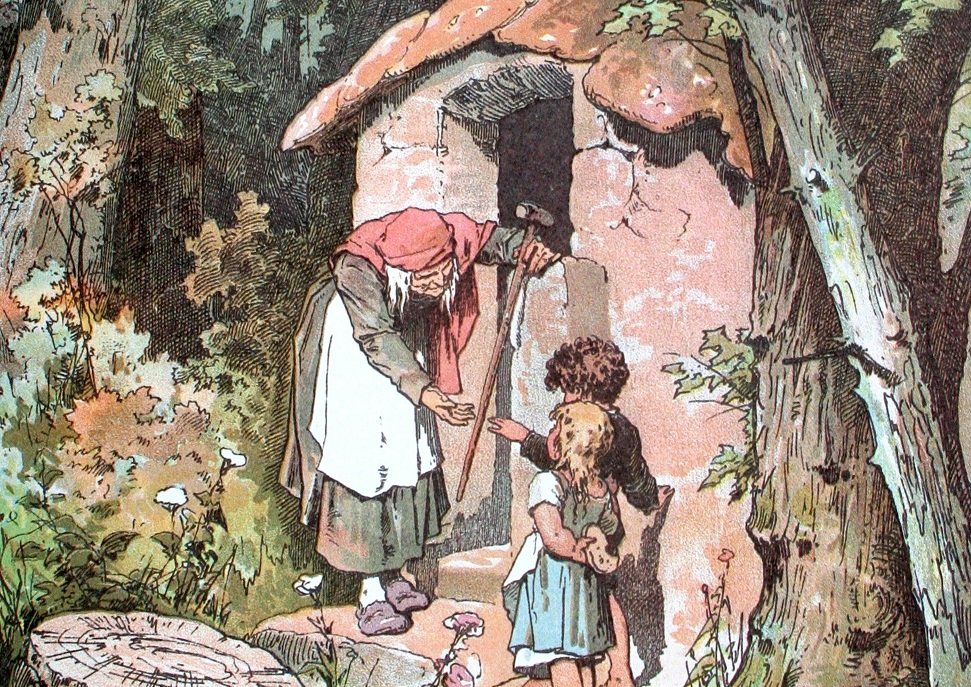 So, he locks the children in a barn in order to fatten them up but the little turds being who they are, try to play some tricks with the devil himself but end up getting caught and punished to sitting on a sawhorse.

For Those Unaware, This is a Sawhorse! 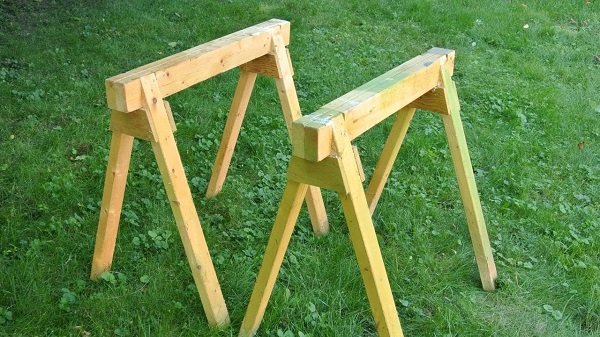 A sawhorse (for kids) is basically used to have them sitting on the plank on the top with their legs dangling, which would ultimately result in their genitals getting crushed. Ouch!

But the kids end up tricking Satan’s better half to straddle on the sawhorse instead and SLASH HER THROAT! Turds, we say!

And also, they end up getting away from Satan also, because why not!

3. “The Flayed Old Lady” is Just As Traumatic As it Sounds

Mistaken identity is a popular theme in fairy tales. Satan mistook a rat tail for a delicious child finger in The Lost Children, and in the Italian folk-nightmare The Flayed Old Lady, a King mistakes two bloated old biddies for beautiful maidens.

Of course one of them tries to trick the King and succeeds somehow with the King passing the royal order that he would have sex with her. But because she is so old, she decides to copulate only in the dark and with her loose skin tied back.

Something With Dumb-Wits And Keyholes, Eh?

Of course when the King finds out that he is actually fornicating with a woman much older than him, he gets her thrown out of a window.

But she is saved by her loose skin – which gets entangled in the trees thereby preventing a ghastly fall as well as a couple of fairies.

Death by Flesh? Well, Not So Much! 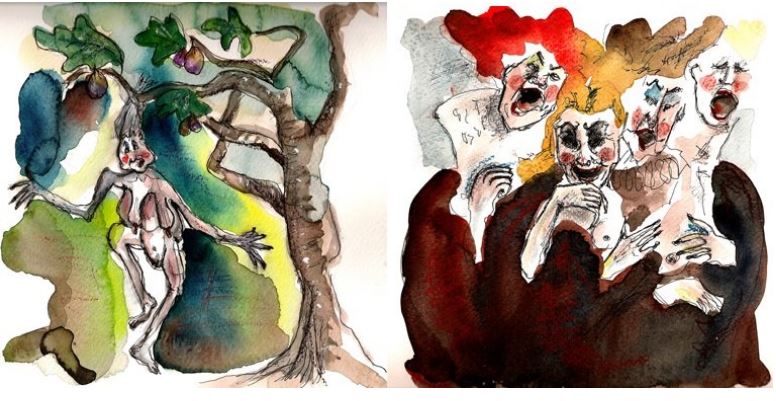 The fairies transform the old lady into a young and ravishing woman and what does she do? She goes back to the King!

4. Struwwelpeter, Or a Messed Up Story! 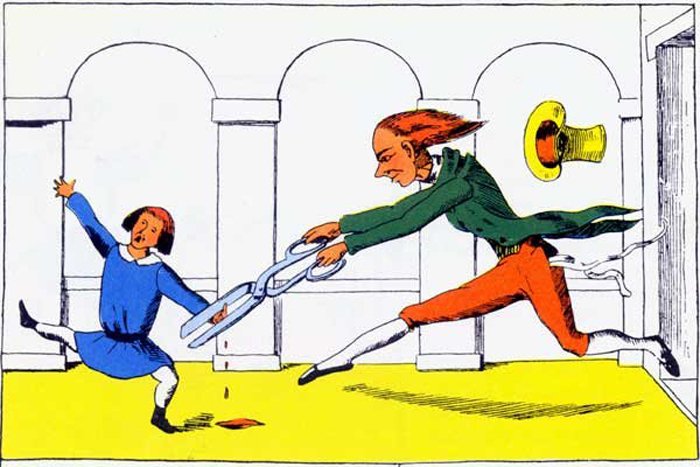 If you want to traumatize the bejeezus out of your children, grab them a copy of this horrific collection of stories. To give you an idea of how bonkers these stories are, above you can see the climax of The Story of Little Suck-a-Thumb, in which a Clock Tower villain chases after a little boy and uses a clip hedger to nibble at the pointing devices of the poor child.

The Boy Who Doesn’t Eat His Soup…..Suffers!

Just another story of dying of hunger by shrinking and withering away eventually. No, really. Children just die in these stories like it’s no big deal!

Why Did You Die Little Buddy? Because Of Your Own Fault!

Poor Harriet didn’t fully understand the dangers of playing with matches, but she never got a second chance. All that was left was her two cats crying over her ashes.

Basically, these are stories where only children suffer traumatic deaths and great tragedies. To what end you may ask? Discipline, you noobs. Read them stories like this and they’ll stay just in line, innit?

5. The Ballad of “Hans the Hedgehog”

Hans the Hedgehog might sound like a Sonic fan character created by a sad Norweigian preteen, but it’s actually one of the more disturbing Grimm Fairy Tales.

The story of a couple who give birth to a half-human, half-hedgehog mutant (because why not) and then shun him off like Harry Potter for eight long years, is anything but touching.

They finally let him leave after a few years and what does he do?

He Goes to the Forest And Plays Bagpipes! 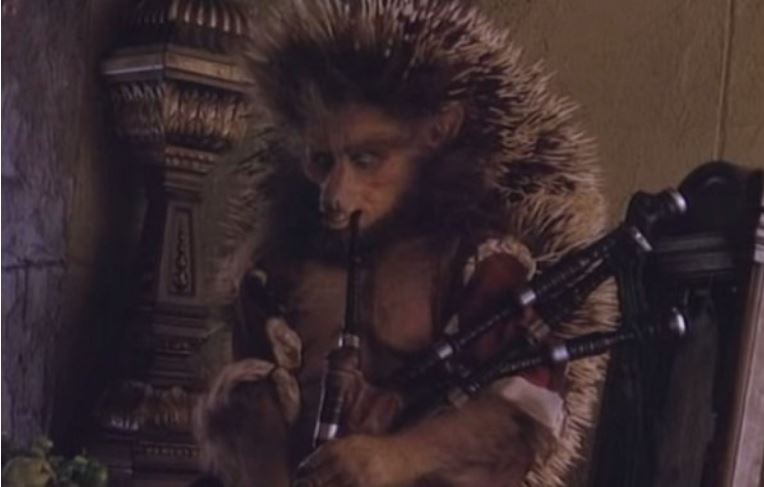 He then meets a King who betrays him after promising to get him married to his daughter. Hans obviously escapes and meets another King who actually marries his daughter to him and guess what? Hans turns into a handsome young man at the prospect of sex. Sigh!

Also, he ends up killing the first King’s daughter because revenge!

Alright, we think this is more than enough for today.

Let us know what you think of these stories in the comments below!