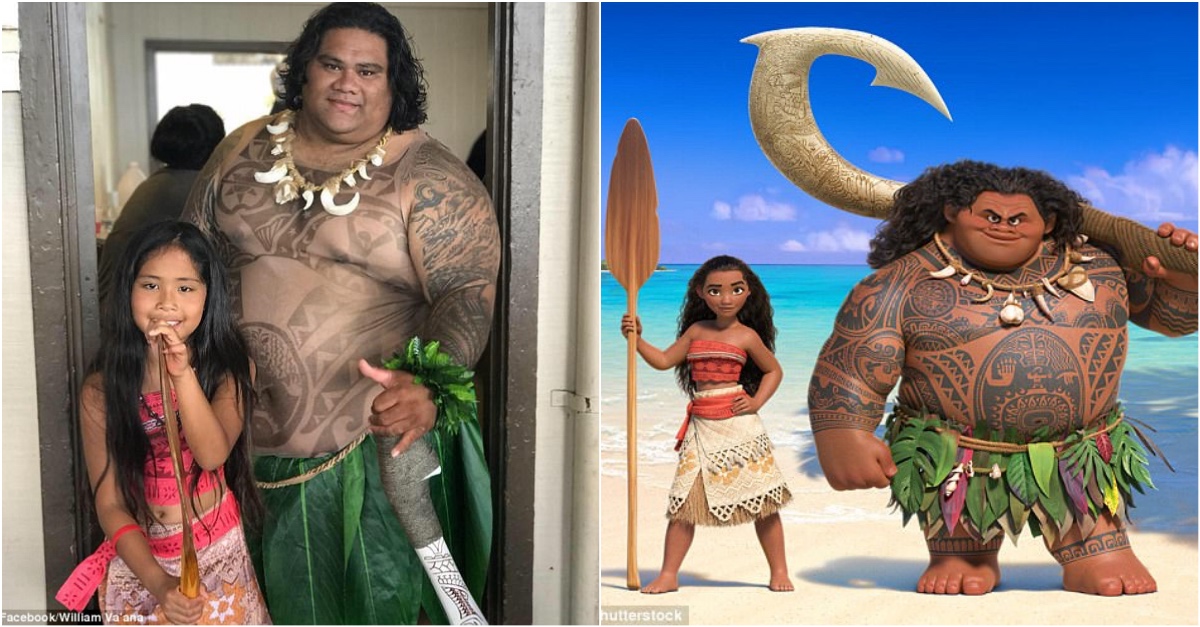 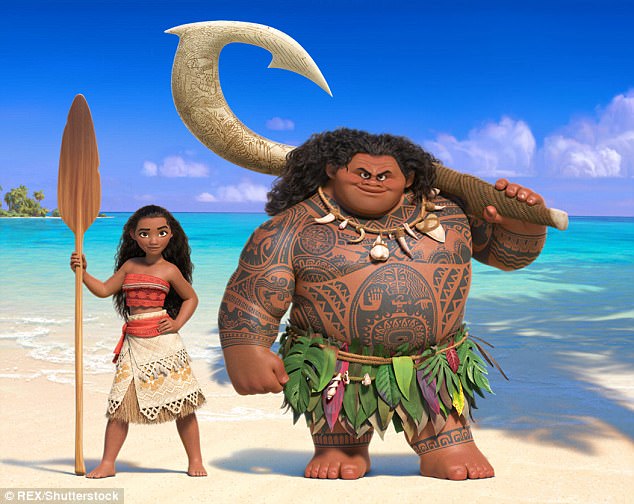 During a recent trip to Costco, a pair of little girls in Hawaii were delighted a man they were sure was actually one of their favorite Disney characters.

Rella Rivera of Oahu was approaching the cash registers at the store in Kapolei with her daughters Ryley, eight, and Rylyn, five, when the girls suddenly shouted excitedly: ‘That’s Maui!’

Their sudden outburst was prompted by the sight of the worker manning the register, who the girls were positive was the Dwayne Johnson-voiced demigod from Disney Pixar’s Moana.

Rivera With Her Girls 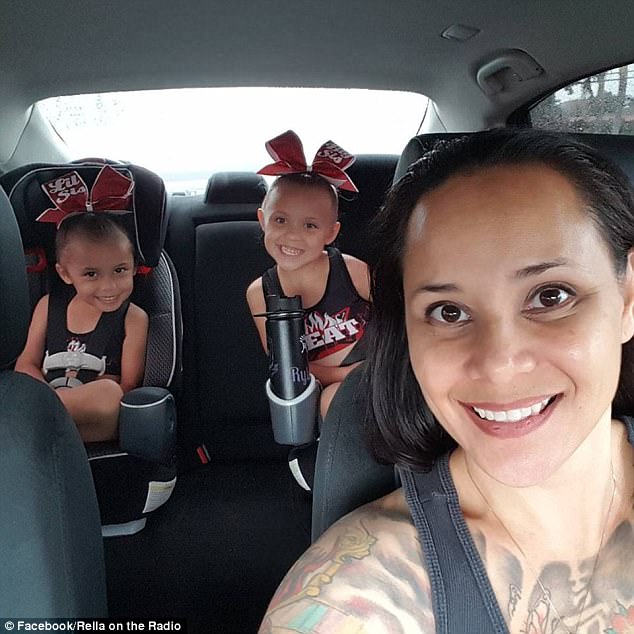 Cashier William Va’ana does indeed bear a striking resemblance to the character, right down to his long hair and armfuls of tattoos.

And it quickly became clear that this wasn’t the first time William has had the young ones worked up over his appearance, as he seemed happy to play along.

Radio host Rella, 42, managed to whip out her phone in time to catch the girls’ excitement.

‘Who’s that?’ she asked the bouncing girls, who emphatically responded with ‘that’s Maui!’

The Girls With William Va’ana aka Maui! 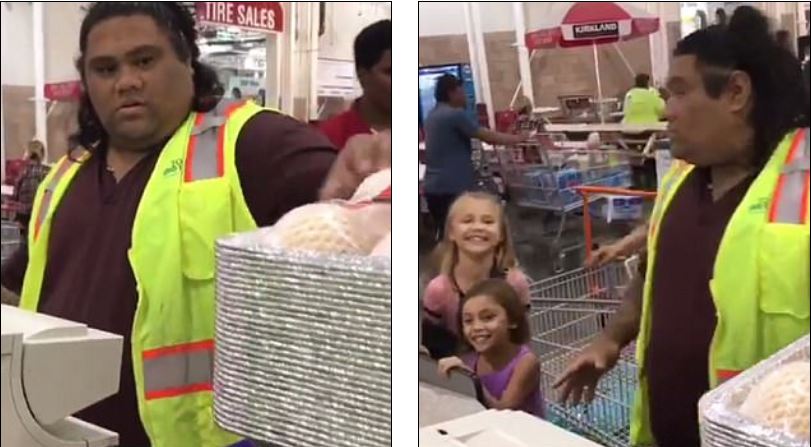 The demigod lookalike even appeased the young girls, allowing them to pose alongside him at the register while he let out Maui’s signature yell — you know just the one we’re talking about. You can check out the video down below. 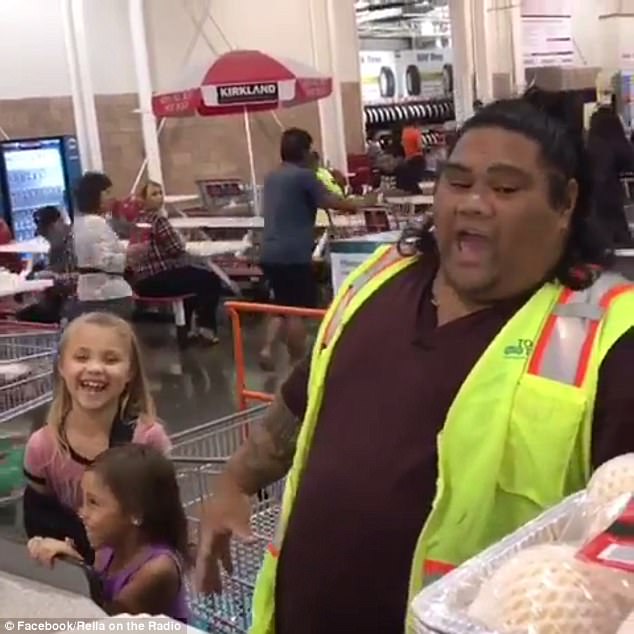 Since going viral, William revealed on his Facebook page that he previously dressed as the character.

His photos shared on Facebook show him wearing the character’s leafy skirt and toting a giant fish hook, and posing alongside a young girl dressed as Moana 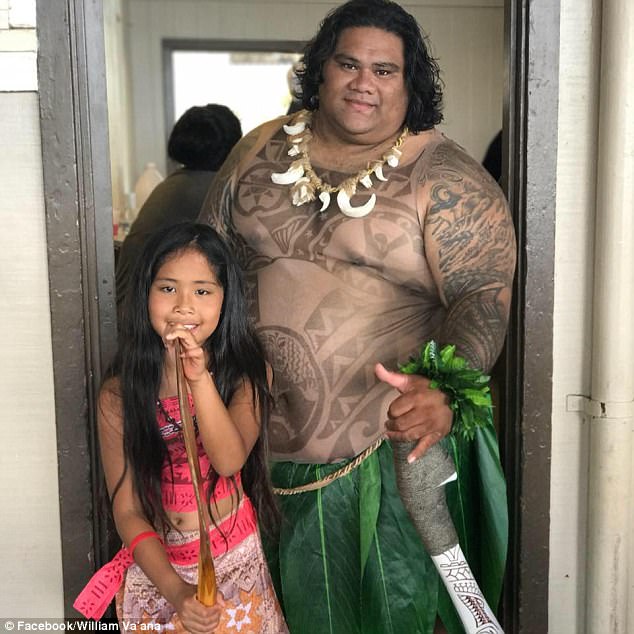 Props to you Will! You have truly found a way to add a bit of magic into supermarket shopping!

Check out the video shot by Rivera below!

Let us know what you think of this super-exciting co-incidence in the comments below!