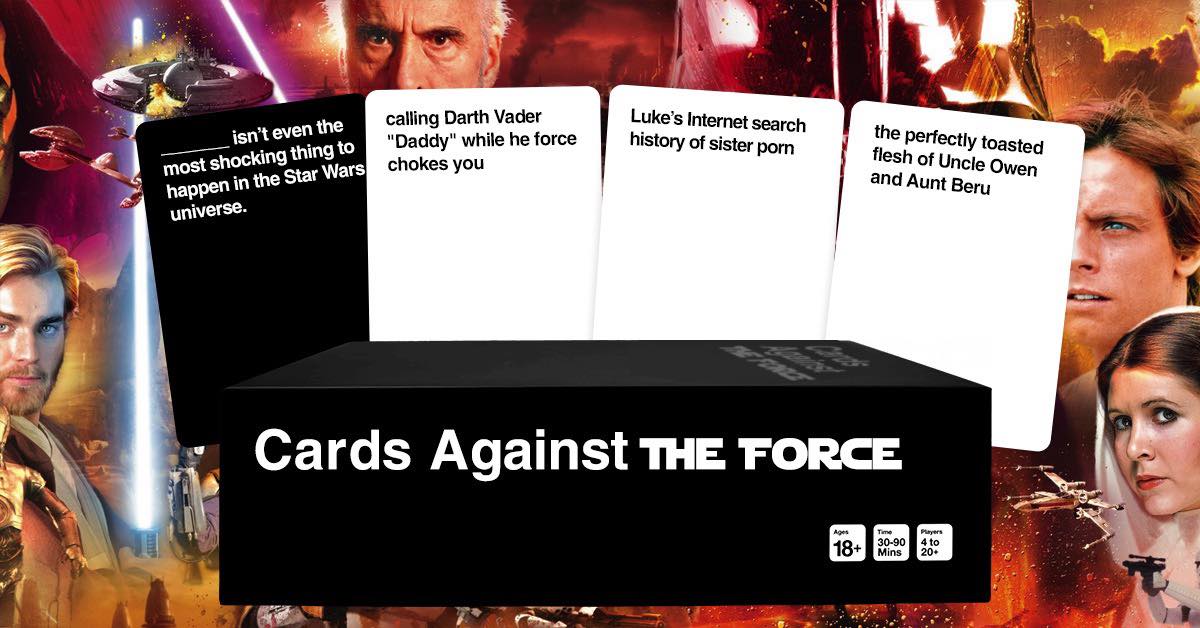 MAY THE 4TH BE WITH YOU!

We have good news for all Star Wars fans. As you know, the Star Wars Day (May 4th) is approaching, so creators of ‘Cards Against The Force‘ have reduced the game price down to only $5 for this special occasion! How cool is that?

Get ‘Cards Against The Force‘ For Just $5 This Star Wars Day! 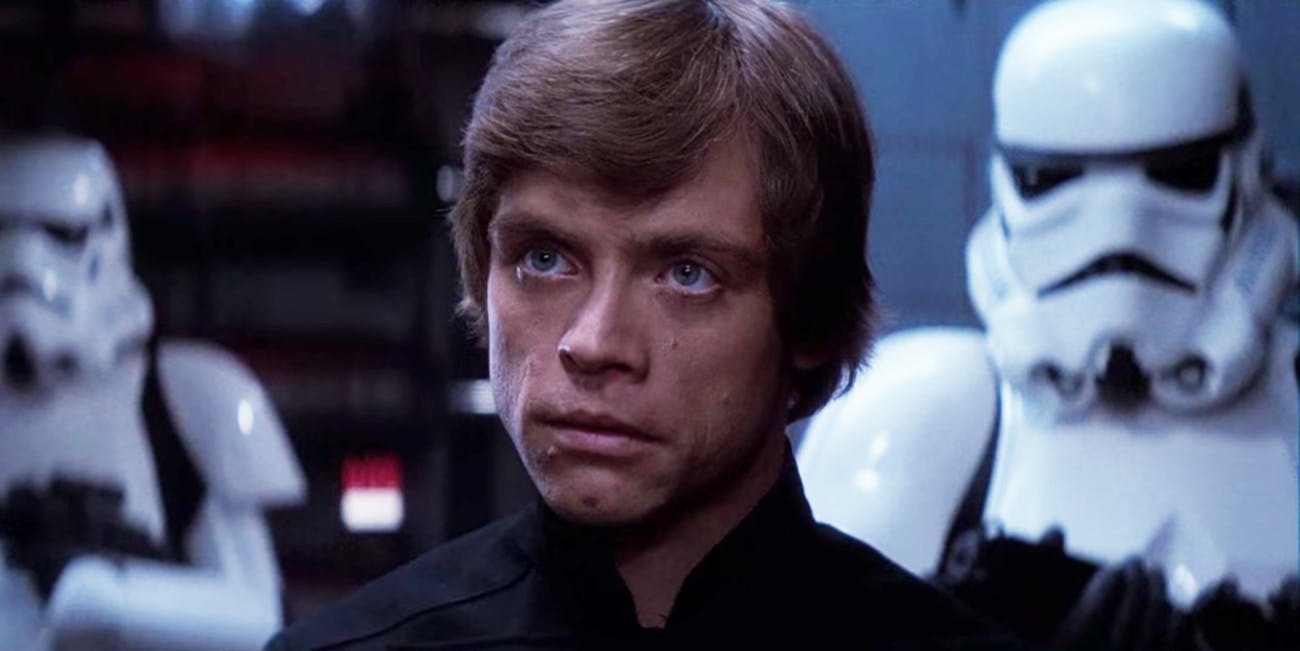 So, guess what? You can now make clever and hilarious combinations with your friends using different Star Wars references. However, this is not a game for kids because it’s full of inappropriate adult humor with funny Star Wars references like ‘Daddy’ while he force chokes you”, “R2-D2’s vibrate function,” “Chewbacca’s surprisingly tidy pubes” and many more!

Scroll on below and take a look at some of the sample cards.

Phrases on the white cards are combined with the incomplete statements on the black cards.

You can already see how funny the results can be! 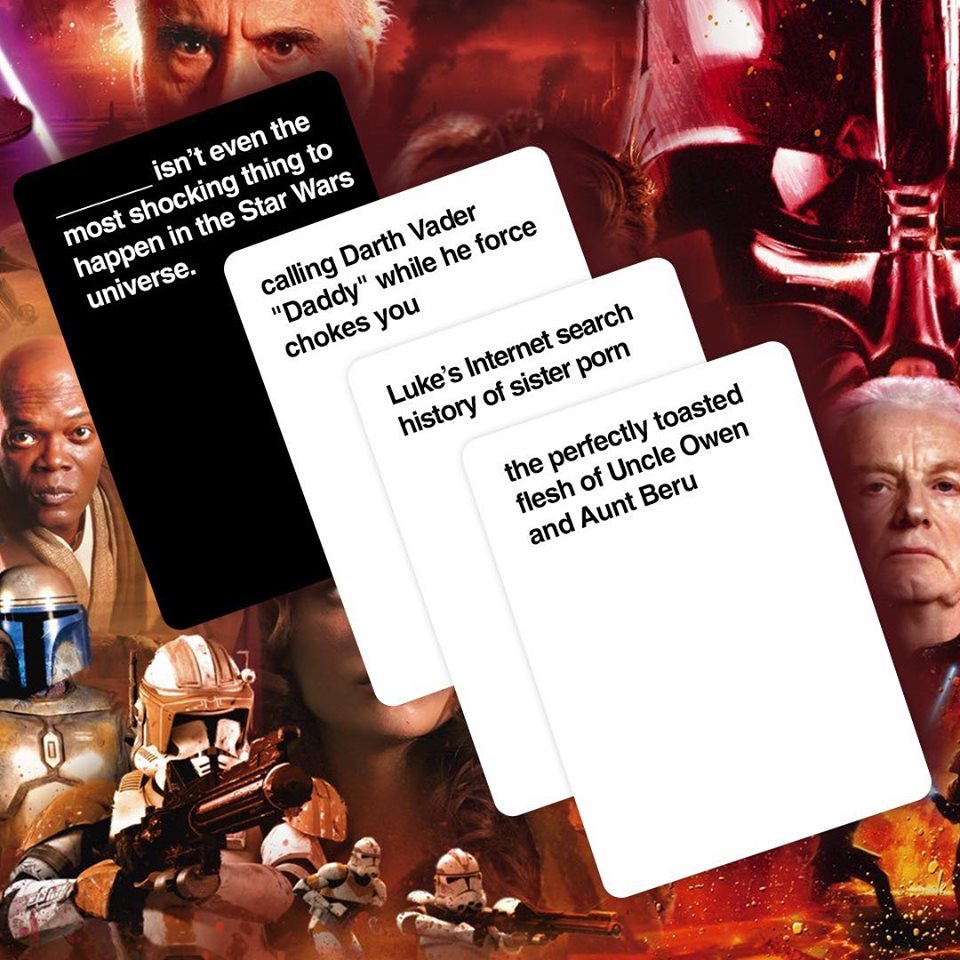 Cards Against The Force have a total of 924 cards (324 black and 600 whites) which means you can expect endless dirty jokes and a guaranteed good time with all your friends! 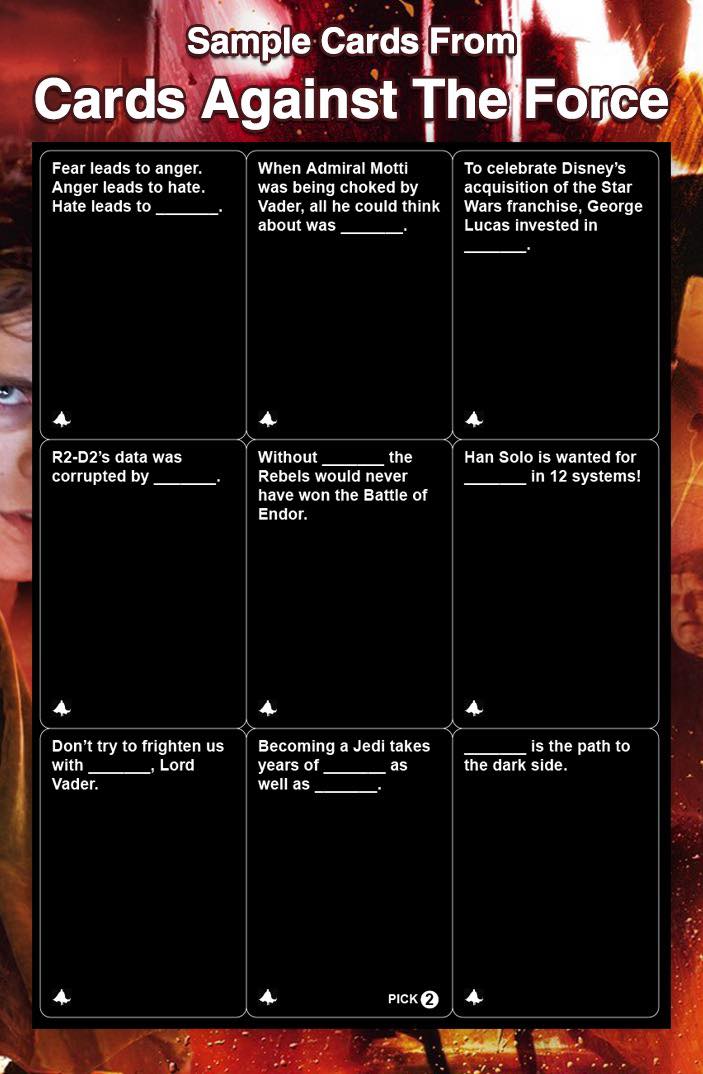 Gone are the days when you will spend hours only to decide what games to play on game nights because ‘Cards Against The Force’ is HERE! 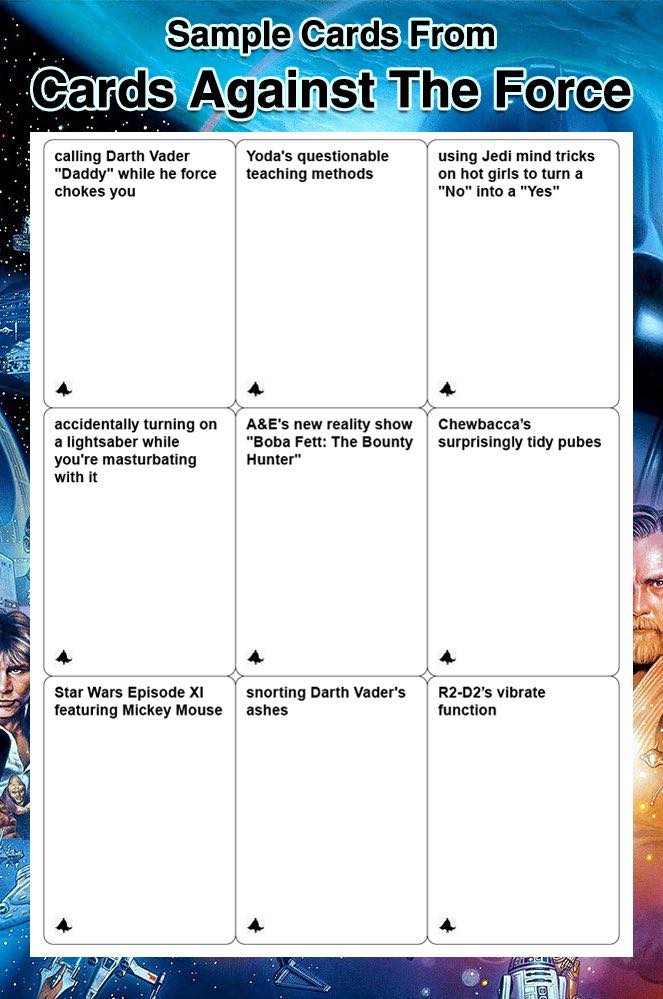 Right now these are only available in digital format which means you can print them out and start playing right away! (no extra charges for shipping). So hurry up and buy because right now its only $5! 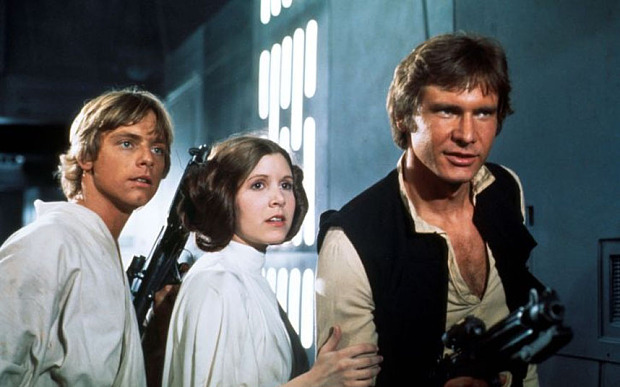 What do you think? Comment below and let us know and also share this with your friends so they can know about it too!