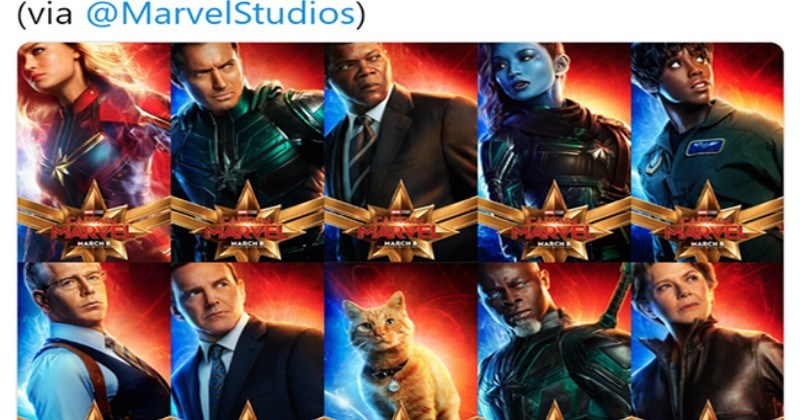 Let’s talk about the most important cast member of the movie Captain Marvel.

You’d be surprised to hear that we aren’t talking about Carol Danvers. In fact, we’re talking about her cute little cat named “Goose.” If you didn’t know this already, Goose is an alien-cat. To be more precise, the feline pet is actually the last of the Flerkens (dangerous alien species). Though it looks pretty much like an ordinary domestic cat, it really isn’t. In the Marvel Comics, Carol adopted this alien cat and named it Chewie (named after Chewbacca from Star Wars as Carol was a huge fan). Although the cat has received a new name for Marvel movie, there’s no denying that it’s the same faithful feline friend!

But, here’s the fun part. Just recently, a new poster for the movie was released, and it featured GOOSE! And as it appears the fans are already loving this whole new development. Following is how the entire fanbase responded to the poster on Twitter. 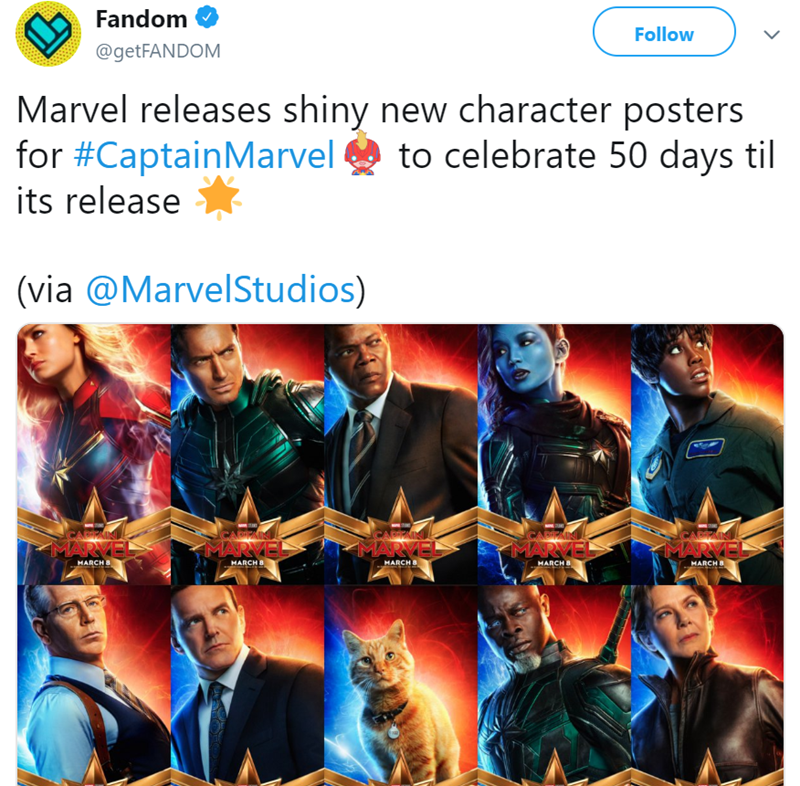 And behold! Goose is here. 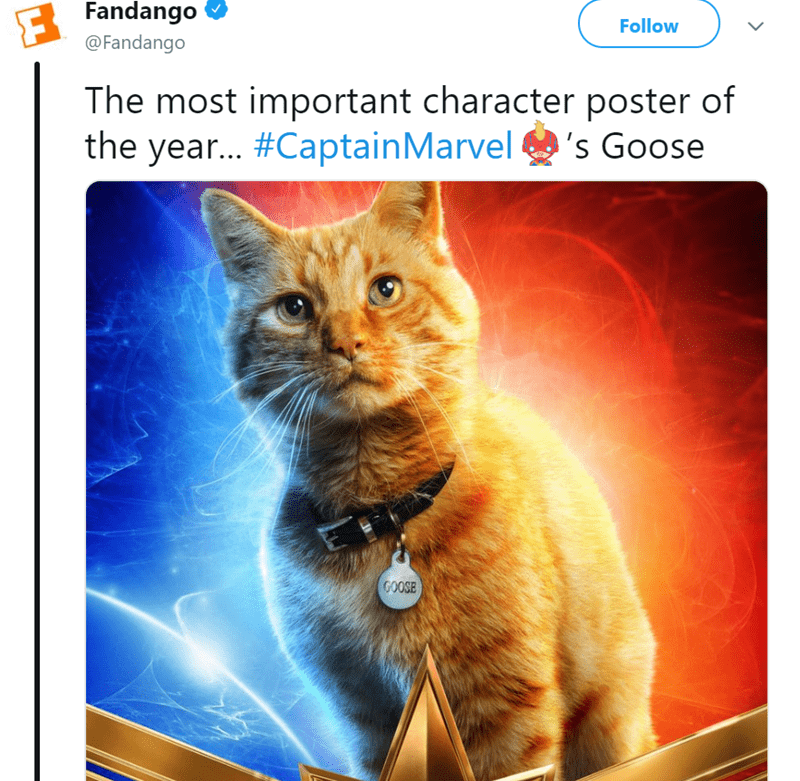 You got that right. 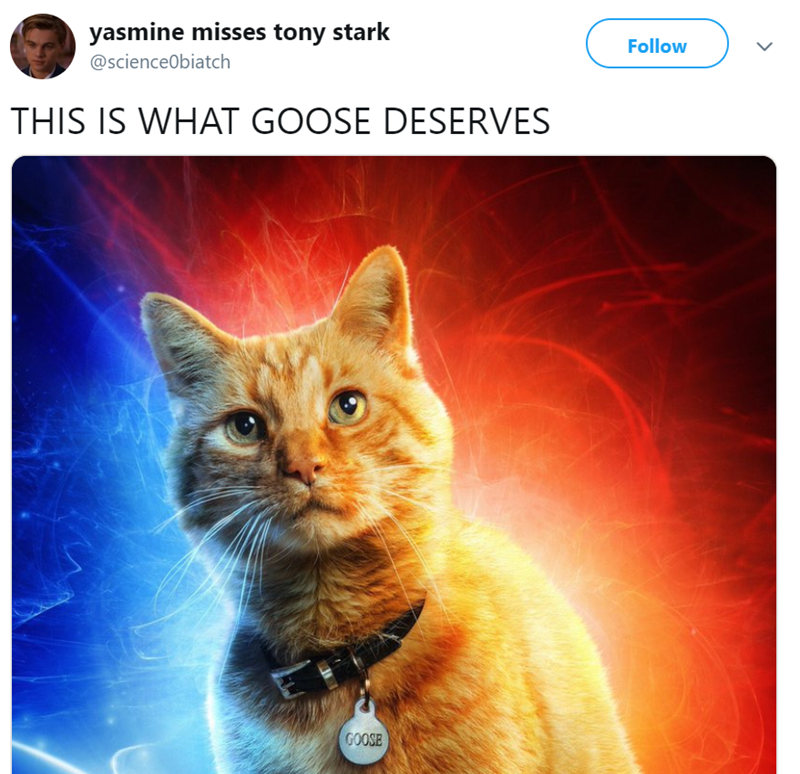 Though we only saw a glimpse of this cool cat in the trailer, we still hope for more screen time in the actual movie. 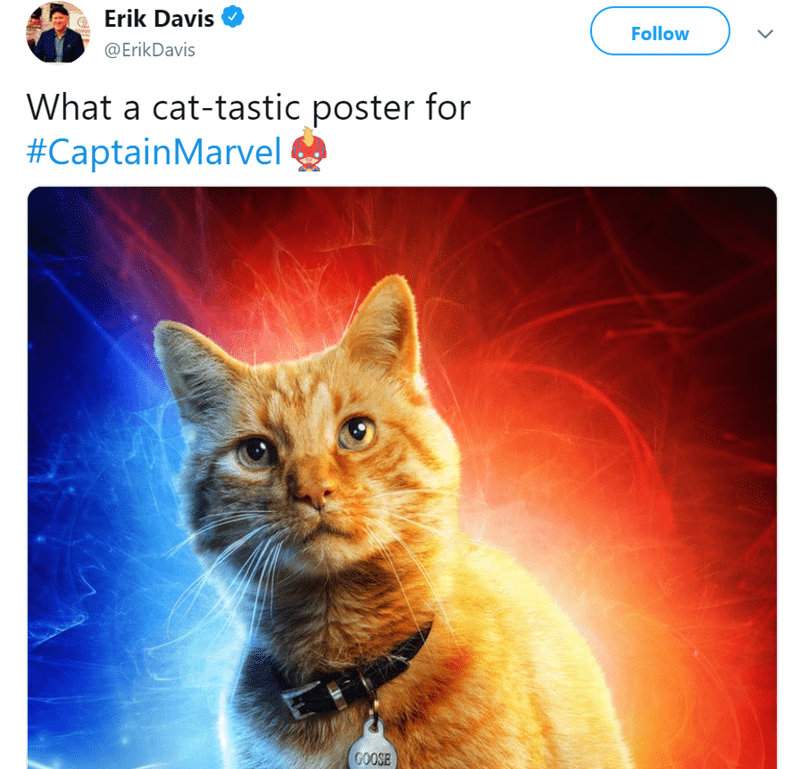 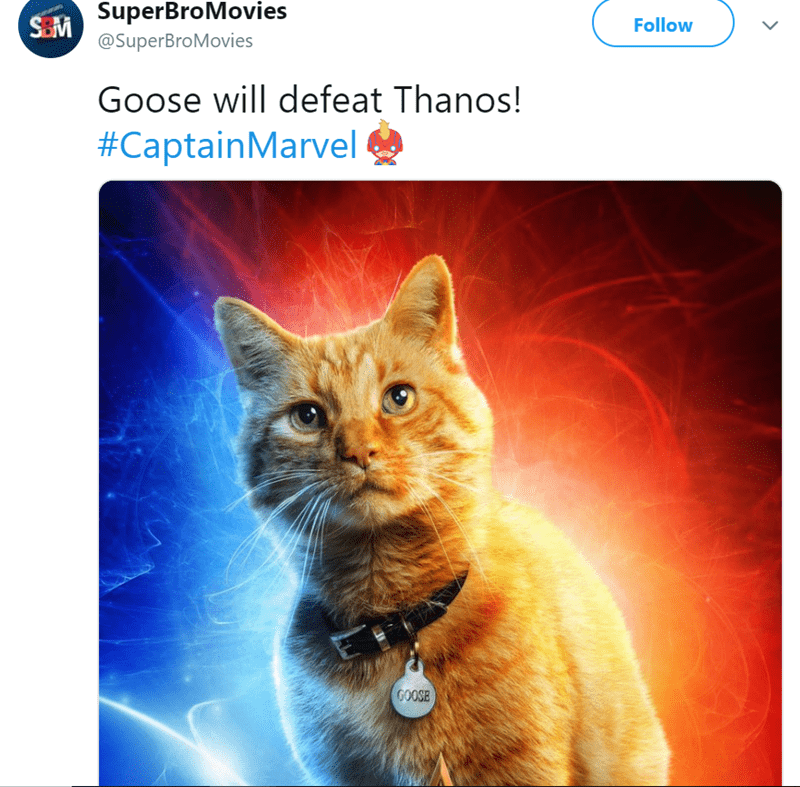 Now, that is an excellent point. 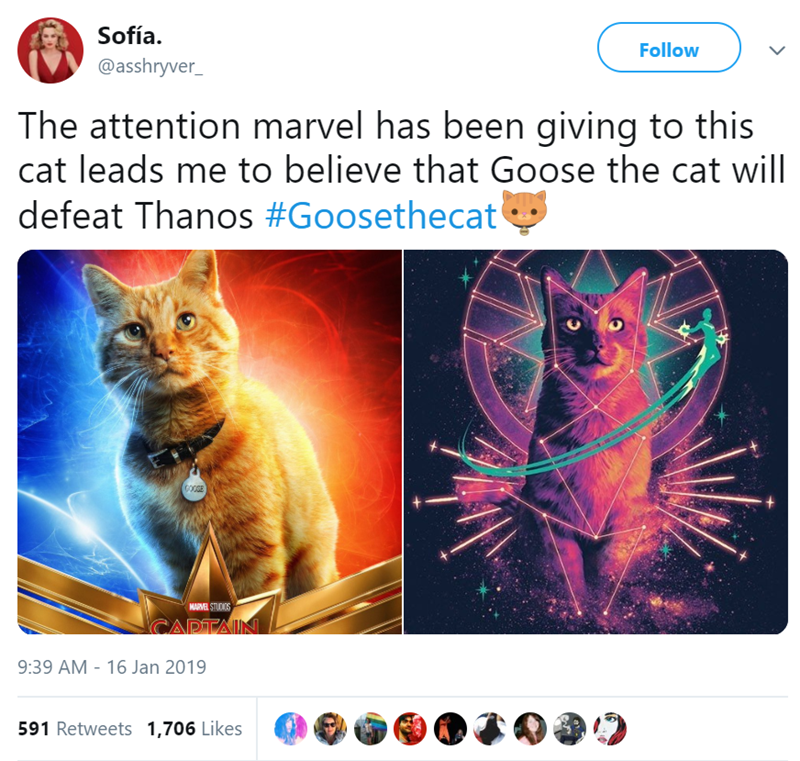 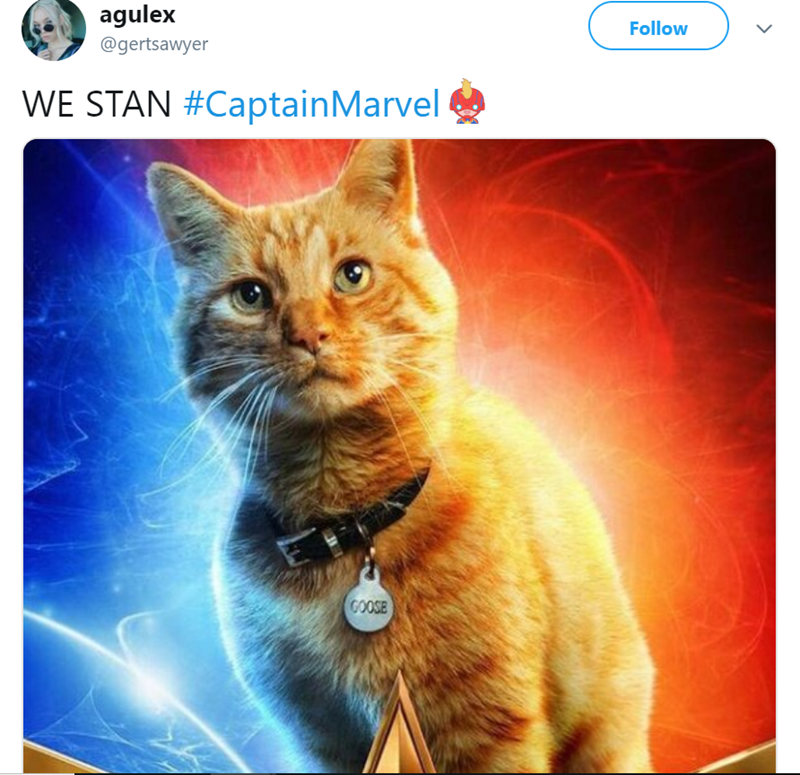 The merch is everywhere now. 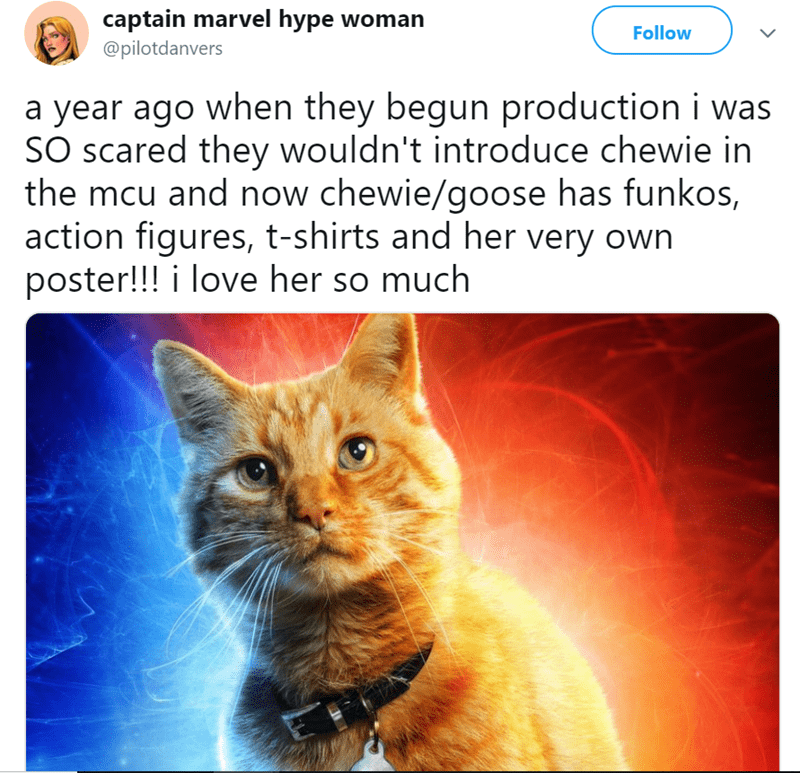 So, are you looking forward to seeing Captain Marvel, and more importantly ‘Goose’ in theatres this march? Leave a comment below and let us know!