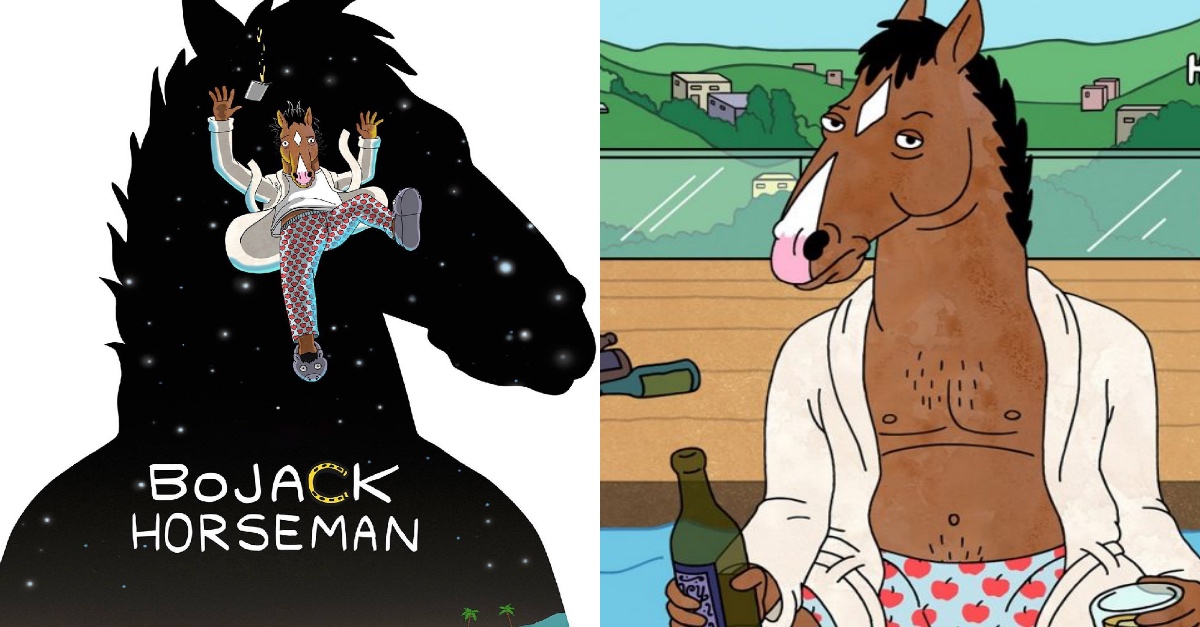 Good news for the followers of the original Netflix series BoJack Horseman. The series, which tells the life of an anthropomorphic horse that, triumphed in the 1990s with a telecommunication and since its cancellation has been unable to take the reins of his professional and personal life, will return to Netflix with a fourth season the next 8 of September.

The animated series starring Will Arnett debuted in 2014. ‘BoJack Horseman’ is among the pioneers of Netflix’s original programming, and the first effort of the platform to launch animated series for adults. The result is the life of a horse in the middle of the world of Hollywood show. The episodes in the series deal with complex personal conflicts and other problems such as alcoholism and depression.

After the release of the third season it was confirmed that it would be renewed for a fourth installment in 2017. Since then only a teaser was released that was published on Twitter by BoJack’s official account and the release date that was recently revealed.

With a solid 86% Rotten Tomatoes rating, this series promises much more than what it seems. The first season was the least popular, “It’s intermittently funny, but in most respects, BoJack Horseman pales in comparison to similar comedies”. But as the story evolved, it made its way to peoples’ thoughts. The second season started revealing what was all about “Bojack Horseman truly comes into its own during season two, maturing into an ambitious comedy that sensitively blends wackiness with dark, nuanced drama”.

At a glance, this show looks like your run of the mill wacky, raunchy adult cartoon comedy. And yes, it has plenty of that with the titular character’s rude and obscene behavior, and a saturated slew of animal puns. There are wacky characters and absurd plots to be sure, but all of that eventually takes a backseat to the fact that Bojack Horseman is, at heart, a nuanced and overtly depressing show about pain and self-loathing.

What will we see in Bojack Horseman season 4?

Last season ended with BoJack facing new problems after being stripped of his Oscar nomination. It is likely that the fourth season will continue this downward spiral, with the inevitable black humor. In an interview with The Verge in 2015, the creator of ‘BoJack Horseman’ Raphael Bob-Waksberg said he is interested in facing the characters in new situations that would force them to meet with themselves.

This animated series starring a humanoid horse has made its way in the midst of the current great television offer. So if you have not seen the series yet or if you quit after a few episodes, you still have time to catch up or give it a try.

Some fun facts about the show


Will Arnett (the voice of Bojack) states this is one of the most difficult characters of his career because he is constantly feeling identified with some of the caracters’ darkest sides.
The credit sequence is periodically changing as the plot evolves.
In an attempt to promote the series, Netflix designed a fictional site for the sitcom “Horsin’ around”. If you click on it you could watch the intro of that show, which Bojack starred in the 80s.
Most of the visual jokes of the series aren’t part of the script as they are added by the animators and the creators don’t see them until they are in the editing process.
0
SHARES
ShareTweet