Let’s just say these characters aren’t the smartest crayon in the box.

And we were talking in a more wider term. Most animated shows don’t have very smart characters. Maybe it’s because they are generally for kids or maybe because the executives think the audience likes stupid characters.

I’m not gonna lie. Sometimes I love characters who get in all types of hijinks just because they are acting like complete idiots. However, other times I do like my characters to act like human beings.

While that can be a lot to ask from shows like Family Guy, The Simpsons, and Bobs Burgers. One thing I can say is that Bob’s Burgers stands a bit above rest when it comes to somewhat intelligent characters.

That is why we are going to rank the main characters from the ‘least’ smart to most. So scroll on below and take a look.

Teddy is just a lovable goof. While he supports Bob in each and every venture he makes. He doesn’t really know much about anything himself, but that’s what we love about him. His undying support.

The lonely woman starved for attention. That’s who Aunt Gayle is and she isn’t very smart when it comes to her ‘plans’ to ‘steal’ away her sisters. 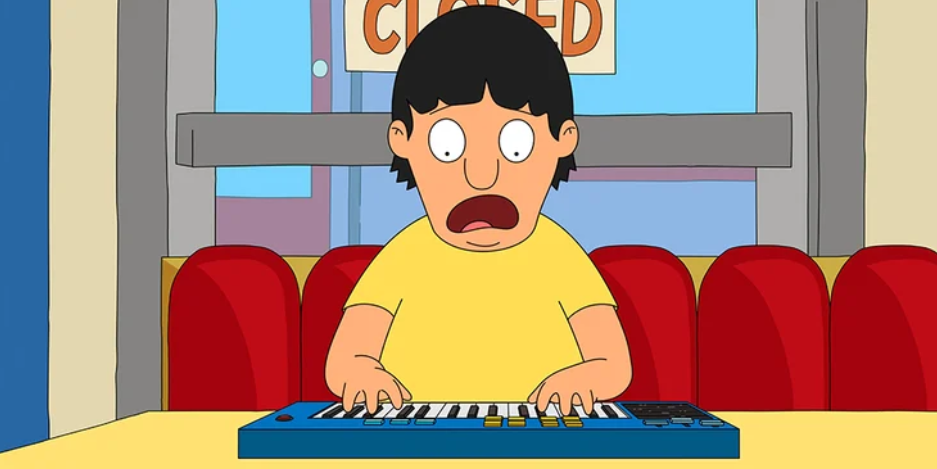 What can you say about Gene that hasn’t already been said? Let’s just say he is more on the artistic side rather than anything else. He might always want to help his sisters, but he rarely is a help.

The owner of the restaurant who is much more successful than Bob’s Burgers. And before you think that Jimmy is a great businessman. That is actually not true. let’s just call it dumb luck.

Behind every ‘somewhat’ successful man is a Linda. She might not be the smartest in her family but Bob is nothing without Linda’s help. She is always there for him when he is at his lowest.

While Bob can have some good ideas, those can be few and far between. Bob is a good chef and a great husband. Businessman man though? Not the best. He probably should reign himself in a little bit.

He may be a bit selfish but let’s take into account the fact that he’s dealing with kids like Gene. If he was a teacher at a ‘normal’ school, he might have fared much better.

Mort is basically a stand-up guy. While being very supportive of Bob, he also tries his hardest to drum up business for his mortician office. He may not be as over the top as other characters but that’s what makes him stand out.

Basically the mastermind of the family. The wild child summed into one word. Louise. if I could say one thing, you don’t wanna get on her bad side.

Was this even a question. While many of you may think Louise deserves this place. it was a hard choice but Tina wins out. She may not be as dramatic as Louise when it comes to her wit.

However, she has a very subtle way of showing her intelligence that suits her character perfectly.

Did you agree with this list? Or do you think we did these characters wrong? Comment down below and let us know.