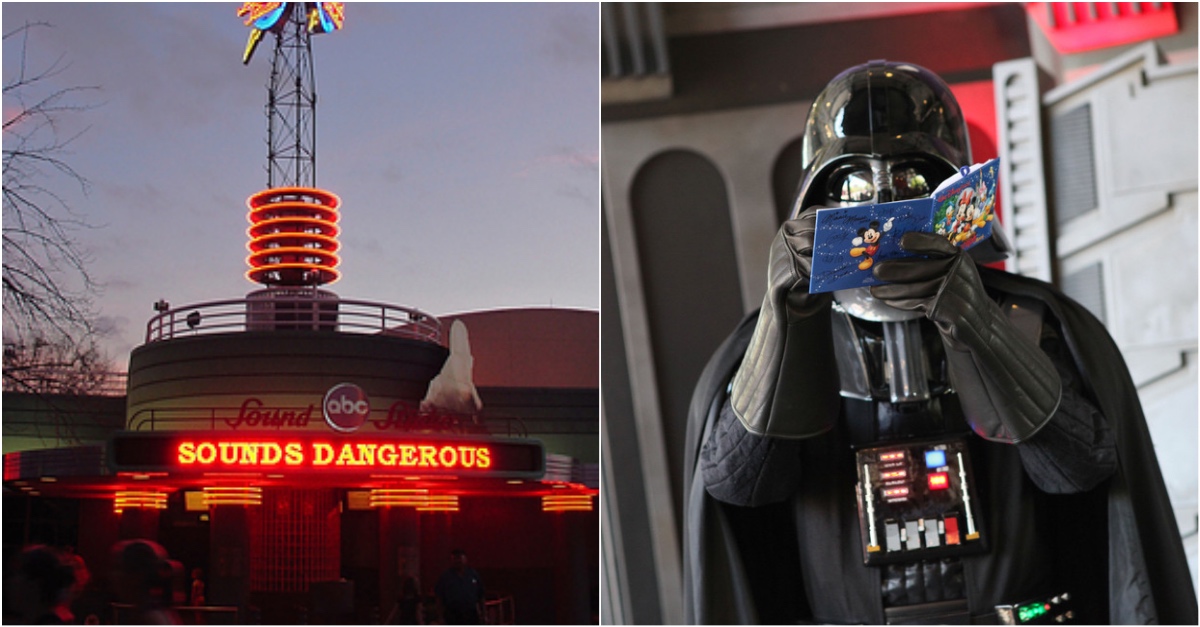 Disney world is a weird place.

Or maybe it might be that people are weird and never think about what they are doing. At least that is what happened in these following times. You see even if you think nobody is looking at you.

There is a high chance that someone is so next time, just don’t give your boyfriend head while you are on a Disney ride. Is that really so hard? Because your story or your picture might end up on the Internet.

My sister had a job in a store at WDW throughout college. She said one time in a gift store, a parent asked if their son with cancer could meet Darth Vader.

After my sister told them her store does not have a Darth Vader costume or even any Star Wars memorabilia, they freaked out and asked for her manager.

After about an hour of waiting the child is greeted by my sister in a Darth Vader costume that came from across the park in a Star Wars section. Once greeted the parent told the child, “I knew we wouldn’t have to walk to the other side of the park! I love cancer.

I was working in the kitchen at Cinderella’s Castle when this family of four came in for their dinner. About halfway through the dinner the husband politely stands up and taps his glass for attention.

He announced that his wife of 15 years has been cheating on him for over a year. The entire place stood still in shock. He motioned for his kids, paid the waitress, and left the wife crying at the table.

Overnight cast member here. Please PLEASE leave your cremated loved ones at home. Stop dumping them in Haunted Mansion. They just get vacuumed up and disposed of.

I never saw anything that extreme, but here is my wildest story: One time, as soon as the lights went out [on the Sounds Dangerous: Drew Carey ride], I saw a guy straight up finger bang his girlfriend/wife.

It was obvious that he had been on the attraction before because he had it timed perfectly so that no one knew what he was doing. He wasn’t even caught when the lights suddenly came on, and he was back at it as soon as the lights went out again.

These kinds of things were not common occurrence, but it was funny to watch those people carry on afterwards as if nothing ever happened.

I was a safari driver at the Kilimanjaro safari attraction in Animal Kingdom. We had this elephant named Willy. Willy was an exhibitionist.

I was driving a safari one day, spewing out facts about elephants when I hear a tiny voice from the back of the truck yell, “MOOOOM! HE HAS FIVE LEGS!!!”

I turn, and sure enough, there’s Willy, standing with his five foot long dick just swaying in the Florida breeze. I had to turn my mic off, I was laughing so hard.

This couple was trying to ride Space Mountain, and had a black duffle bag. [My brother] heard something come from the bag, so he asked them to open it.

They refused. Security comes, forces them to open it. It was their six-month old baby.

We had a lady try to smuggle an infant onto Indy at DL one time. She put a huge jacket on (in the summer) and stuffed her child down near the bottom in an attempt to look pregnant.

Several cast members warned her that it is not recommended that pregnant women go on the ride, but she insisted, and we couldn’t stop her. So she manages to get on the Jeep, and puts the seat belt on, and that was when her stomach started screaming and crying.

In the dark of the theater [at Honey, I Shrunk the Audience ride], some girl decided this would be a good time to go down on her boyfriend.

Little did she know, about halfway into the show, one of the effects is this little tube that comes wiggling out of the seat to simulate mice running by your legs.

This hit her throat, she bit down, and the guy was bleeding pretty profusely. A Grad Nite to remember!

When I was working the front of a character line I saw a Make-A-Wish complaint happen. The guy who was next in line shouted, “I wish my kid was dying so we could skip lines too!”

How disgusting, right? What ensued was one of the most amazing things I’d ever seen. The ENTIRE line of people who heard it began booing him, shouting at him to get out of the park, and then as a group of about 45 followed him around for an hour complaining to his face until he couldn’t take it anymore and left the park.

#10 Pirates of the Caribbean.

On Pirates of the Caribbean, a girl in the back row was seen on the security cams giving her boyfriend a blow job.

As soon as he blew his load, she leaned over to spit it out, when the overhead PA boomed, “Not in the water.” She was so startled she swallowed.